The Sea Paseo ferry connects Hiroshima City, Kure City (Hiroshima Prefecture) and Matsuyama City (Ehime Prefecture). The concept of the ferry is ‘a park on the ocean’ allowing visitors onboard to feel as if they are unwinding in a park floating on the sea’s waters. The name of the ferry comes from the Spanish word ‘promenade’ meaning ‘walking’ giving the illusion of strolling along the sea route. 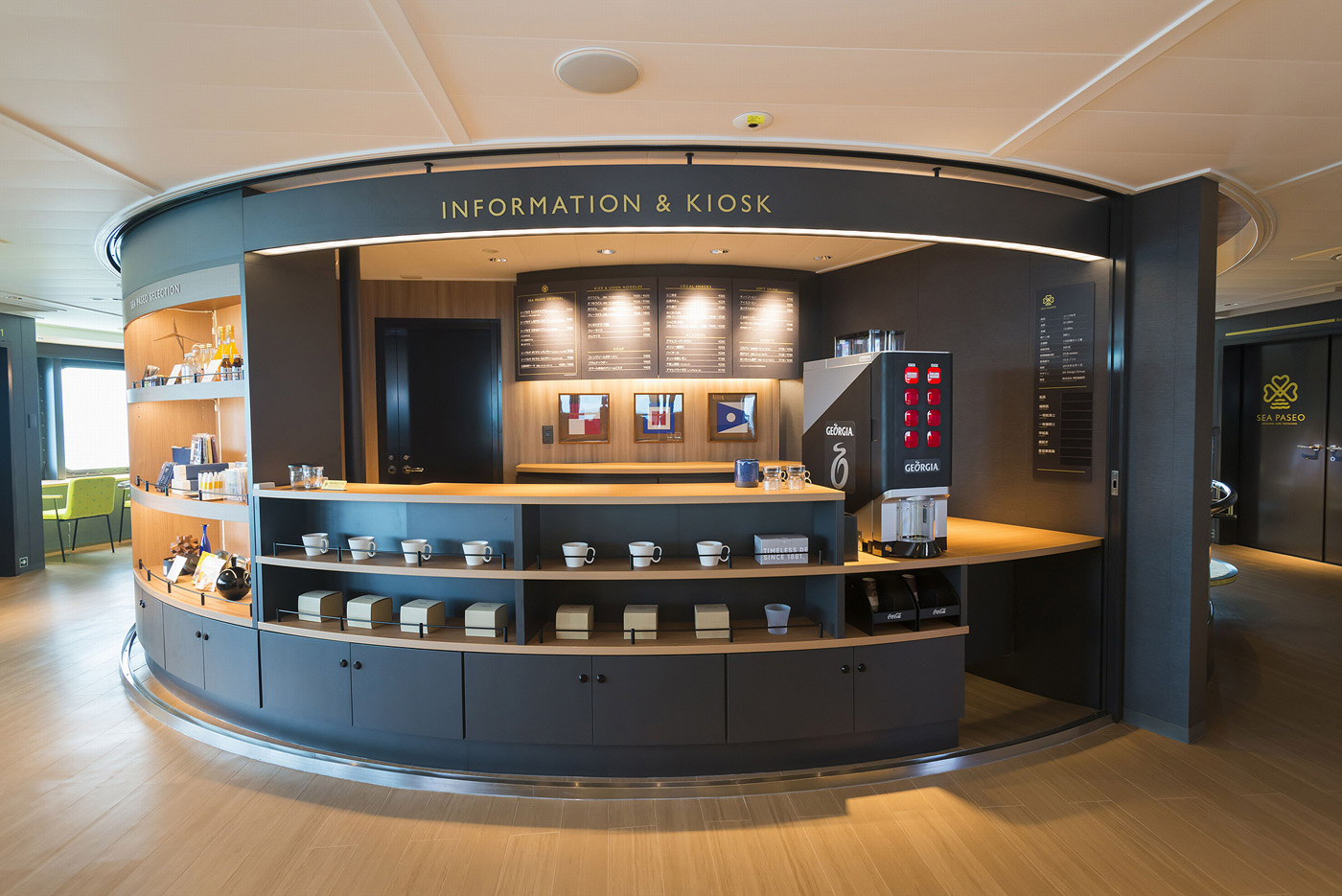 There are three main differentiated sections to the Sea Paseo ferry, the KAI Cruise Court, offering comfort, KAI Oasis Court, offering encounters and KAI Vacance Court offering openness. KAI Cruise Court is an area on the ferry where visitors onboard can relax in reclining seats with designated quiet and lying down areas with windows enabling them to take in the beauty of the Seto Inland Sea.

KAI Oasis Court is located in the middle of the deck where guests can socialise; this zone has a refreshment lounge and koagari (raised seating) where visitors can relax with their shoes off. 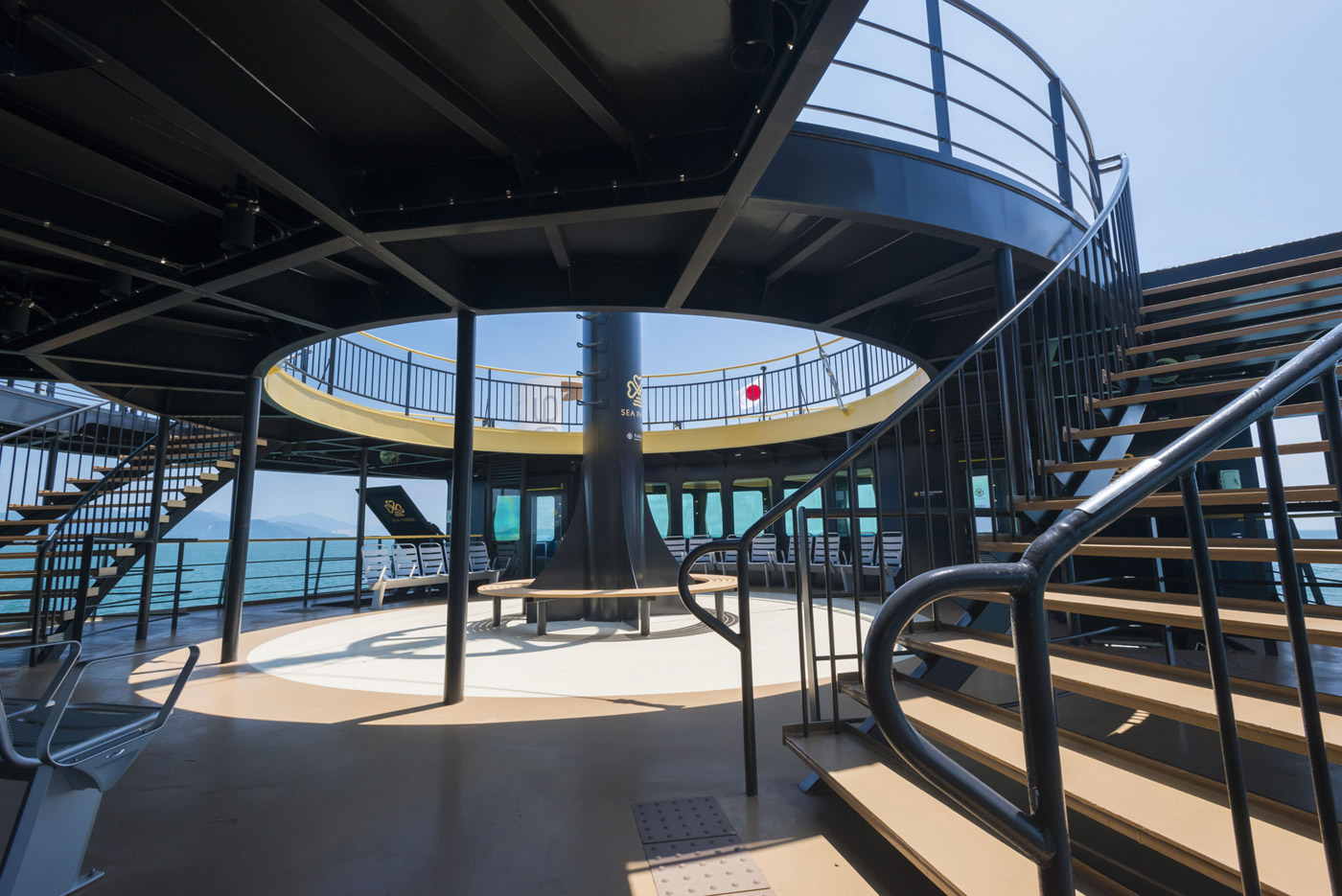 KAI Vacance Court offers an outdoor space that is like a courtyard offering an exposed atmosphere for passengers to experience; there are panorama sofas installed and artificial turf to accentuate the feeling of being in a park.

Visitors can explore Hiroshima City before embarking on a cruise to Matsuyama City via Kure City. Hiroshima is a city on Japan’s Honshu Island and is renowned for the atomic bomb tragedy where a large part of the town was destroyed during World War Two. There are several sites to visit while in Hiroshima such as, the A-Bomb Dome, Peace Memorial Park and Museum, as well as other prominent sites including; Shukkei-en, a formal Japanese garden and Hiroshima Castle which is surrounded by a moat and park. 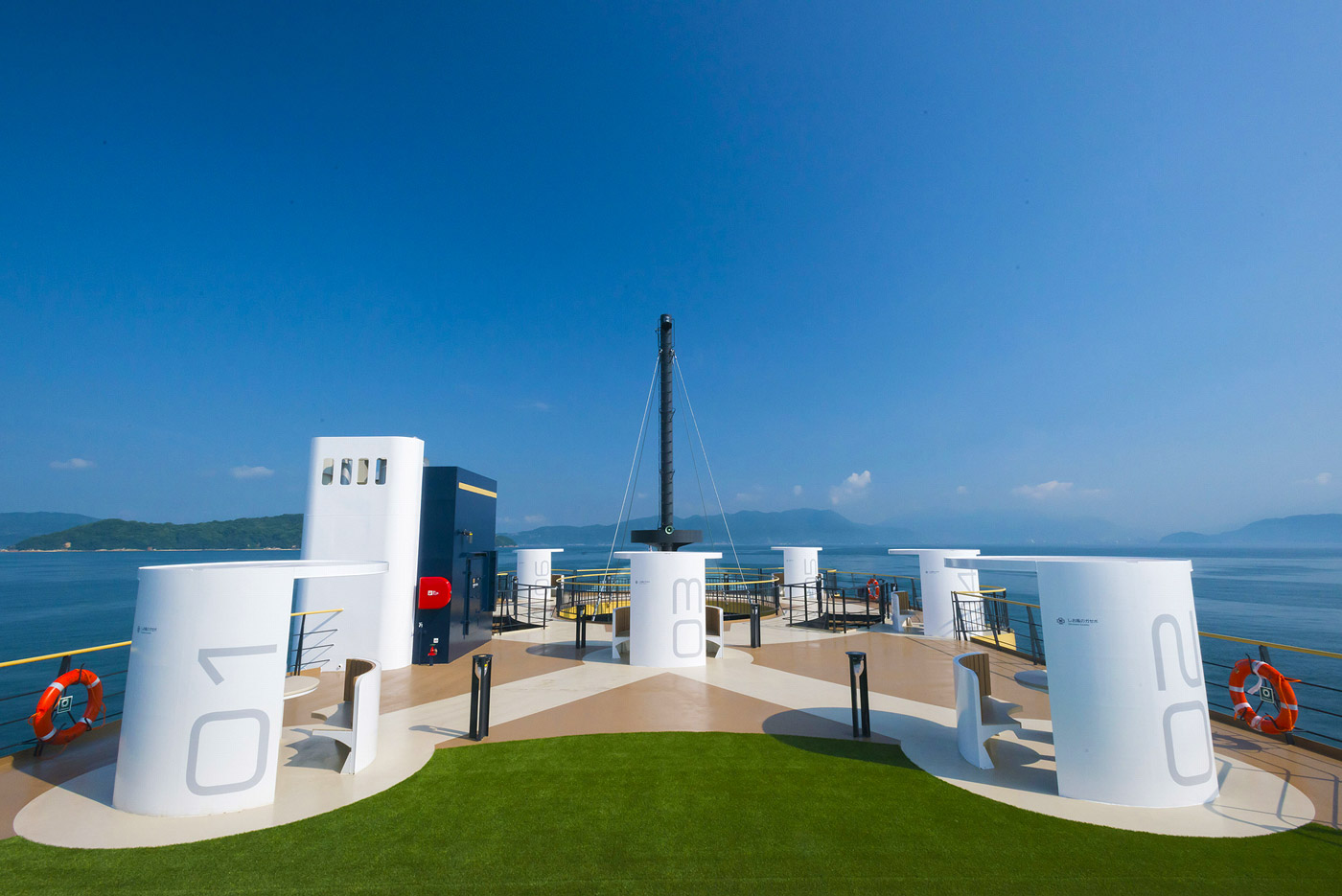 Sea Paseo ferry sails to Kure City from Hiroshima City, Kure is a port and shipbuilding city on the coast of Hiroshima Prefecture on Japan’s Seto Inland Sea. It is best known for shipbuilding; it is the second oldest naval dockyard in Japan and a base for the Japan Maritime Self-Defence Force. By the water, Yamato Museum explores modern maritime history, with torpedoes and a scale replica of the Yamato battleship, perfect for those looking to discover some of Japan’s naval history.

The Sea Paseo ferry stops in Matsuyama, and this is the largest city on Shikoku Island and the capital of Ehime Prefecture. At the heart of the city stands the beautiful Matsuyamajo castle. The city is also famed for being the setting of Natsume Soseki, a famous novel entitled ‘Botchan’ describing Matsuyama during the turbulent Meiji Restoration. Ishiteji Temple is another must-see tourist spot located in the city and is temple number 51 on the Shikoku pilgrimage.

The logo for this ferry consists of hearts which represent the three cities of Hiroshima, Kure and Matsuyama and waves that symbolise the connection of the cities through the sea. Together, the symbols resemble a clover that can be found in a park or on a promenade.

Inquiries are accepted both online and via the phone; however, reservations are only accepted for ferry rides with vehicles, those travelling without a vehicle must purchase a ticket on the day of the ride.