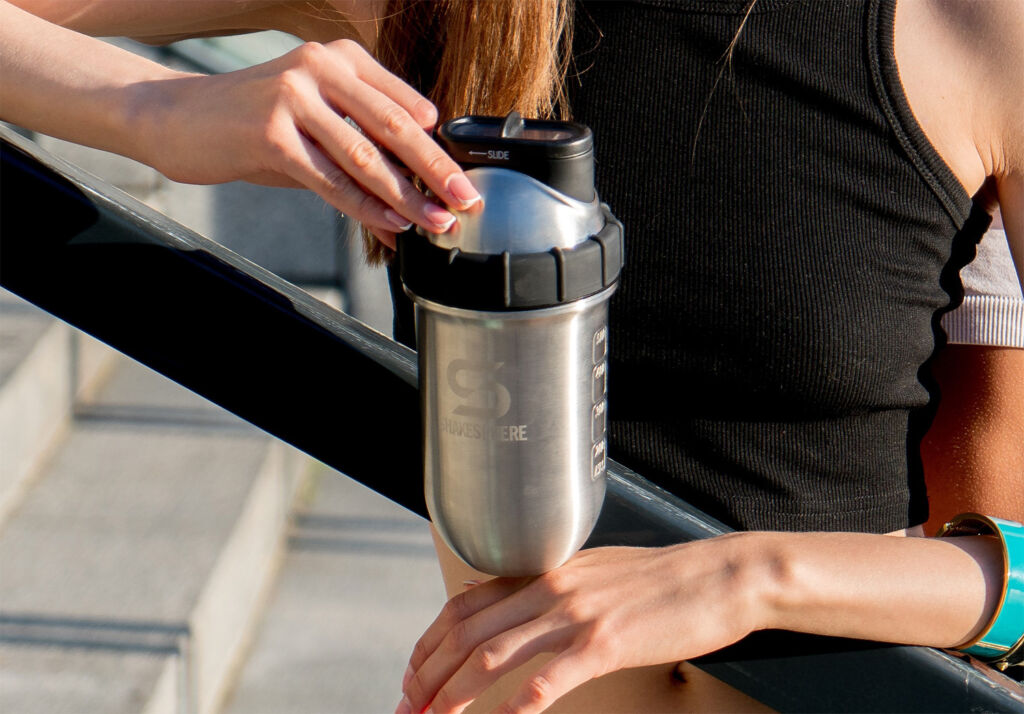 Every home in the country likely has a Thermos-type drinks container in a cupboard or box somewhere. All of these types of drinking vessels claim the same things; keep drinks hotter and colder for longer. However, ShakeSphere’s Steel Tumblers have an extra-special feature that elevates them and this involves a special design to make the lives of fitness-fans simpler.

ShakeSphere’s all-in-one tumblers are the brainchild of Rick Beardsell, a highly decorated elite sprinter and three-time world record holder. Some of our British readers might recognise his tumblers if they are regular watchers of the popular television program Dragon’s Den. In one of the episodes, he wowed the panel and received an investment of £75,000 via two of the Dragon’s: Deborah Meaden and Tej Lalvani.

What separates the ShakeSphere Tumblers from the pack?
As with other Thermos-type dinks containers currently available, the Shakesphere Tumblers keep hot drinks hot and cold drinks cold for longer. According to the manufacturers, it is up to twelve hours for a cold drink and eight hours for a hot drink which compared to many others on the market is very impressive.

They claim this is possible due to the tumblers having double stainless steel walls sandwiching a temperature-conductive copper lining. 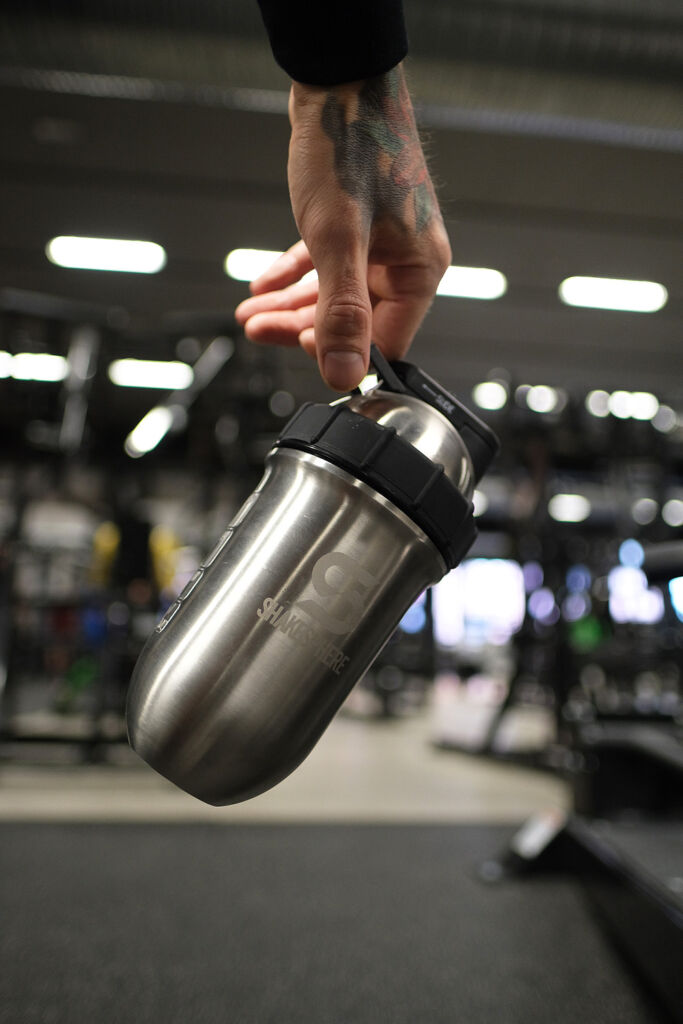 How the ShakeSphere Tumblers separate themselves from the chasing pack is down to its radical shape which enables a quite unique feature.

When Rick Beardsell created his tumbler he opted to utilise two opposing half hemispheres.

The two halves of the tumbler produce a centrifugal force when shook which results in a rapid breakdown of the ingredients inside.

Many regular gym-goers will be well-aware that when you use the cheapest and nastiest protein powders, some require nothing short of an electric whisk to break it down and mix it!

The opposing half hemispheres system also provides another quite obvious benefit and this is less mess and less to wash up.

It’s not only the mixing of powders where the tumblers excel. According to Shakesphere, they can even puree fruits such as bananas and raspberries via shaking, and this is without the need for extra blades, wire grids or balls.

We must admit that we didn’t test how effective the tumbler is at pureeing fruits, but given how well it performed in other tests, we have no doubt that the tumbler is more than capable of doing this. 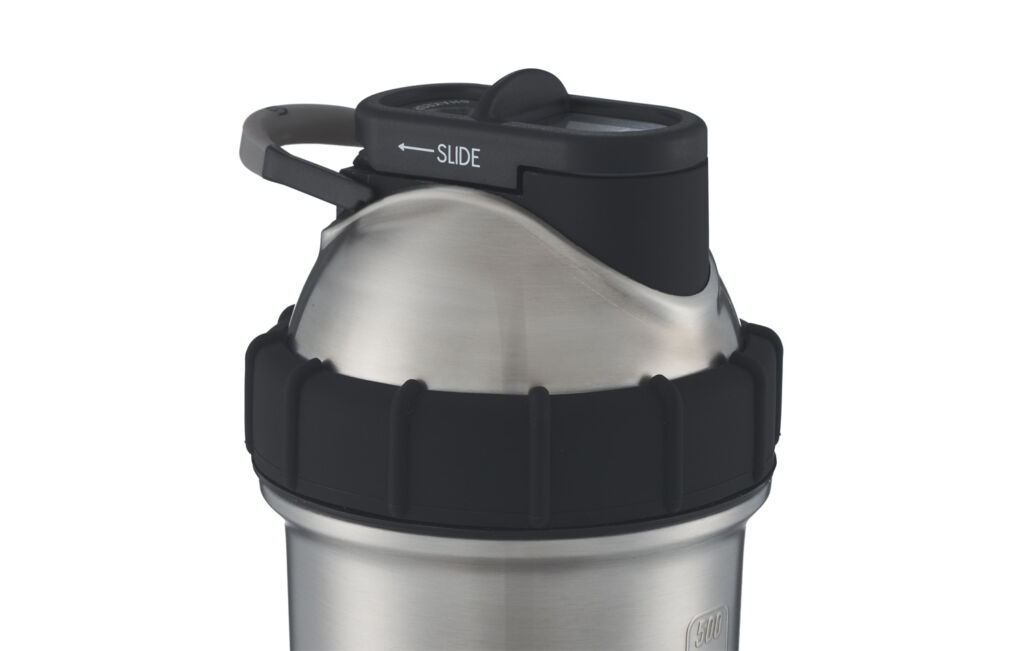 A great deal of thought has gone into the tumblers’ design, which is very noticeable from the shape of the lid which is a dome. The primary reason for choosing this shape is to stop ingredients from getting caught up in corners. Another positive from the design is it said to reduce wastage and requires less cleaning eliminating smells. 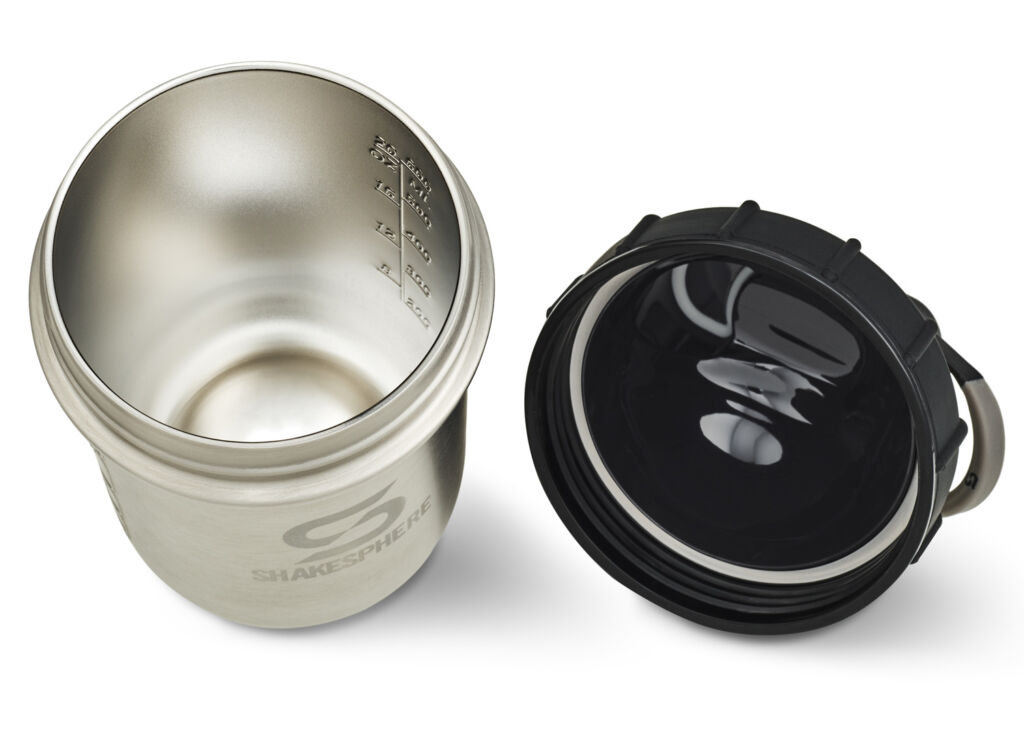 The body of the tumbler with the top removed can easily accommodate a large man’s hand, and that does help with the cleaning. It is also non-toxic, meaning it just requires some water to make it ready for use again.

Taking the lid off is effortless, thanks to a high-grip band on its side. While on the subject of the lid, we should talk about how you drink from it. At the top is a vacuum slide cap which is very secure to avoid spills and leakage. This is an important feature because if you fill the container before you head off to the gym, the last thing you want is spillage resulting in wet workout clothes.

Testing and the durability of the tumbler
Our test involved mixing a high-quality protein powder in the ShakeSphere Steel Tumbler and we were very pleased with the overall result. We didn’t notice any significant lumps and the only that could’ve made us happier would be a secret extra feature that makes a shake tastier!

The manufacturer claims that this is a durable tumbler; we’d probably use a different word, more akin to ‘bomb proof’ as in hand, it feels like a product the military would’ve designed, which is no bad thing. 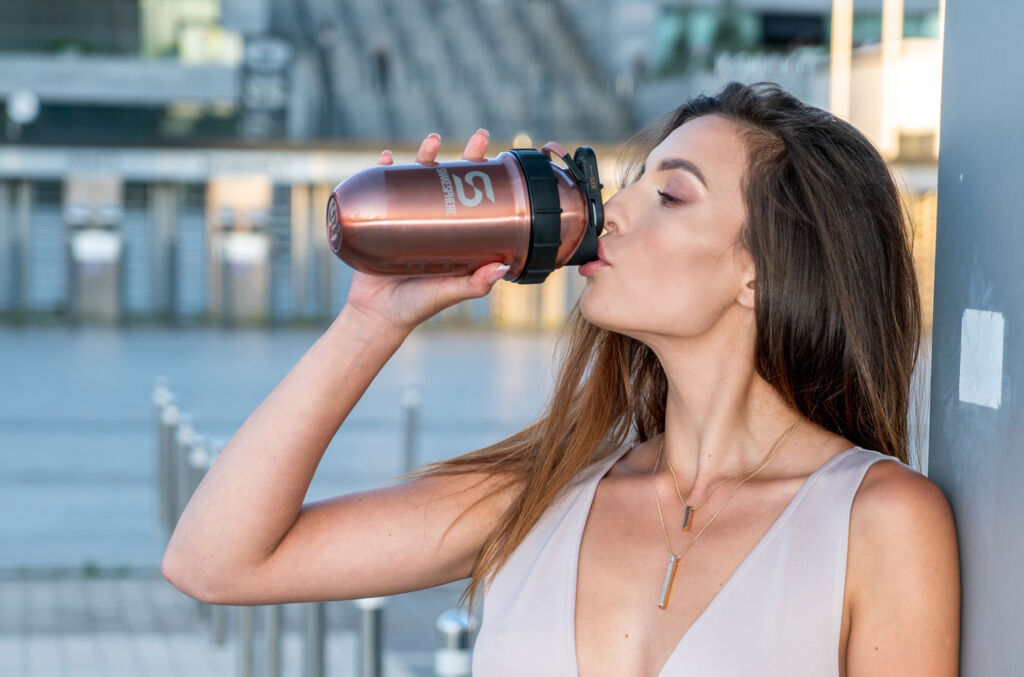 As a vessel for coffee or tea at a desk, it did fall a little short of what we needed. The mouthpiece where you drink from felt to us like it had been designed more for gulping rather than sipping.

We also found that it was quite stiff when opening and closing; however, this could be that the tumbler we were testing was brand new and we are confident this will probably become somewhat easier to move with more use.

The ShakeSphere steel tumbler could be an ideal product for those spending long hours on the road. However, due to its innovative shape, it was too large for the cupholders in our car. Other vehicles such as a van or truck will likely find this less of an issue as they generally have a wider variety of places to store drinking vessels etc.

These are just minor gripes, and for what it is designed for, which is to assist those who are working out or providing a simple way to get a natural healthy drink, it achieves its goal without fuss or hassle. 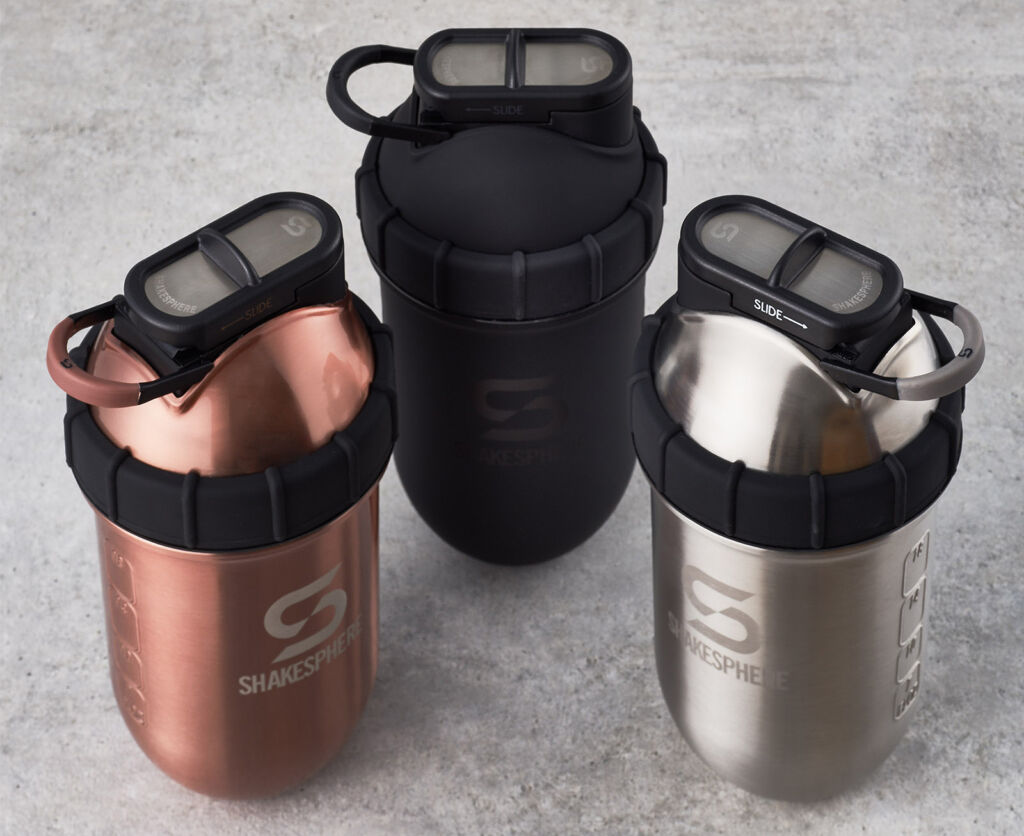 The tumblers are 700ml in size and are priced at £55.00. They are available in three colours: Brushed Steel (tested), Brushed Copper and Matte Black.

The tumblers are corrosion-resistant and are BPA-free, and environmentally friendly. For more information on the steel tumblers and to see other products from ShakeSphere, please visit their official website www.shakesphereuk.com.