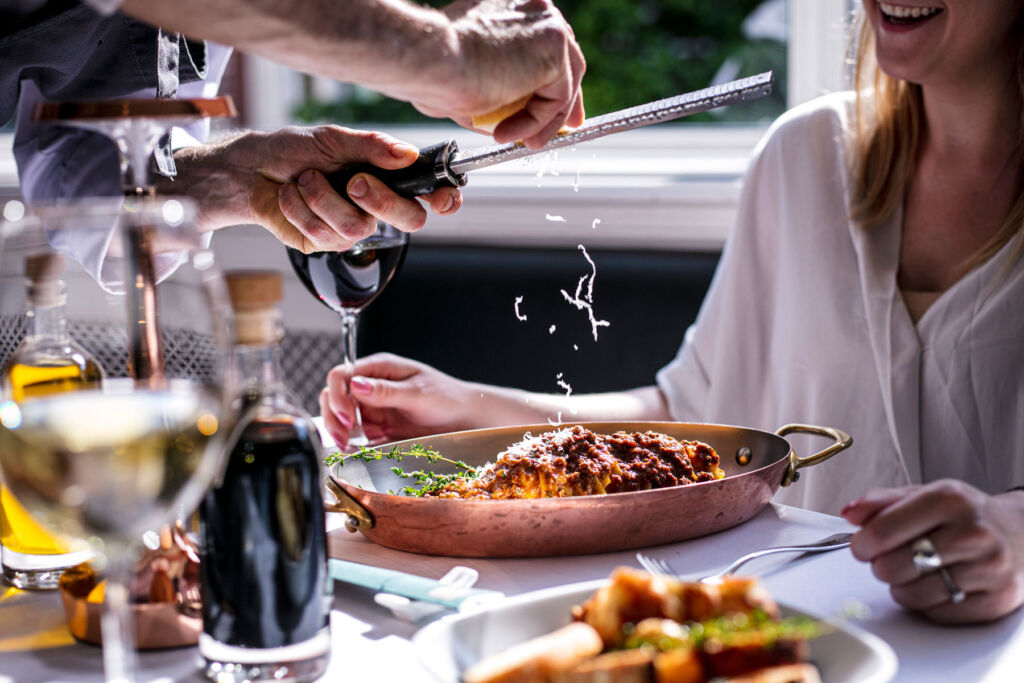 Simon Wittenberg heads to Sumosan Twiga in the heart of London’s Knightsbridge, where east meets west on the menu.

Sumosan Twiga is a trendy restaurant, bar and club on London’s Sloane Street, an extension of the award-winning Sumosan brand, which has eateries in destinations such as Monaco, Courchevel (the ski resort) and Dubai, to name but a few.

Sandwiched in between Audemars Piguet and La Perla, and with Prada opposite, Sumosan Twiga opened in November 2016, in partnership with the ex-F1 team boss Flavio Briatore, who also once owned MAIA next to Harrods. With an intriguing name chosen for this venue, it calls for you to look up the significance. The answer is that “Twiga” actually means “giraffe” in Swahili, which may explain the distinct pattern chosen for this establishment’s logo. 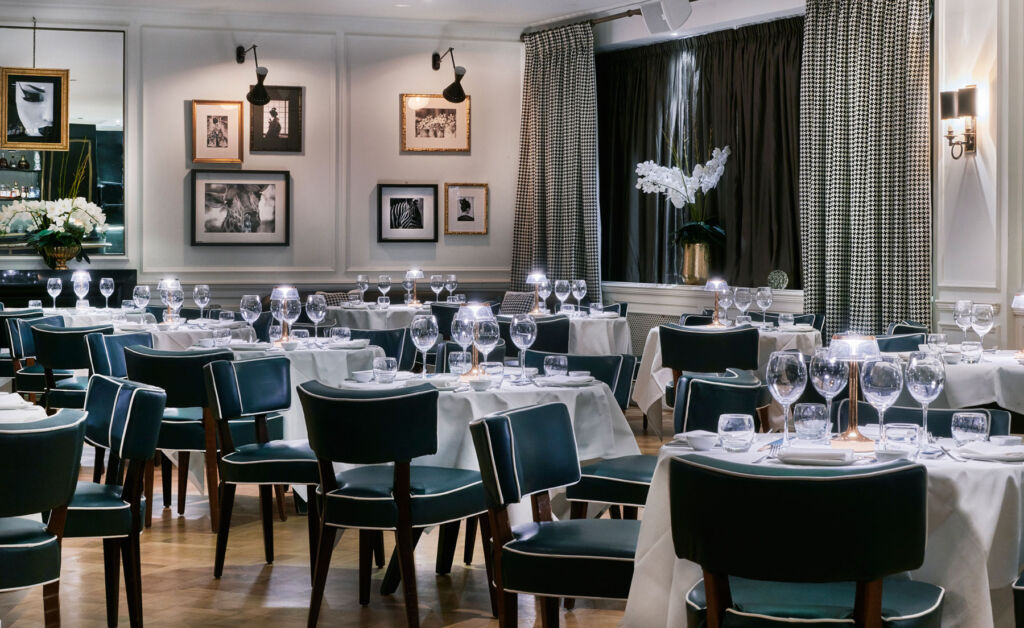 The beauty of the Sumosan Twiga offering is that you can experience the very best of Italian and Japanese cuisine under the same roof, and interchange between European and Asian delicacies without leaving your table. 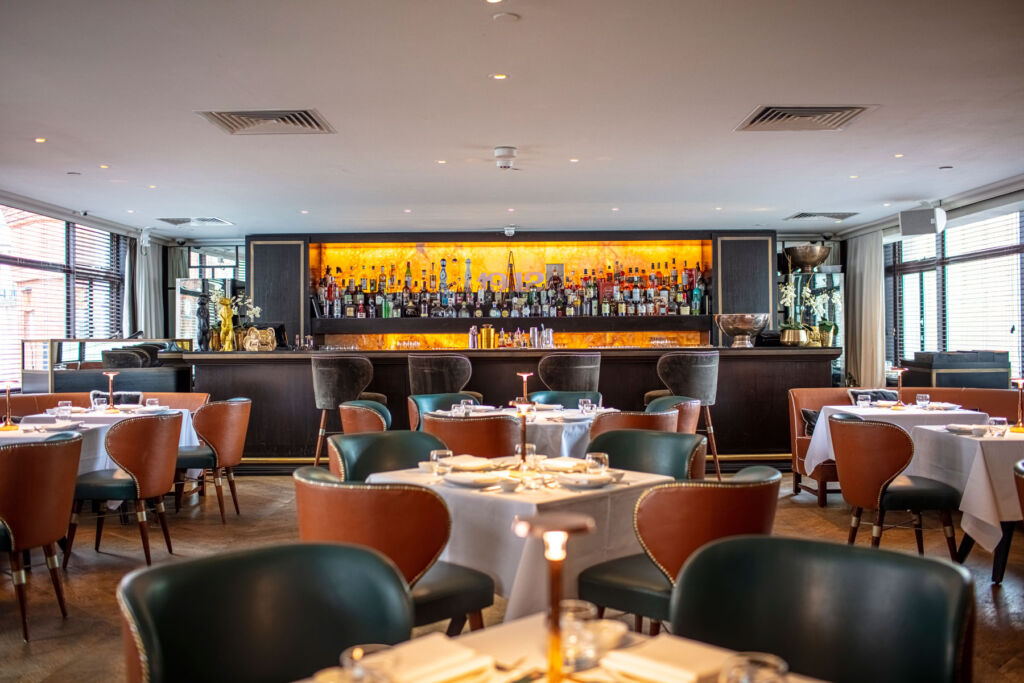 Passing the watchful eye of security to access the building, reinforcing Sumosan Twiga’s exclusive location, the restaurant itself sits on the second floor. Greeted by Ibiza-lounge type music playing in the background in a bid to create a “chilled vibe”, there are a small number of tables graced with leather seating and banquettes, and battery-operated table lamps, which give off a subtle red hue over the Sumosan Twiga-branded pair of chopsticks and small bowls of soy sauce.

After informing our host of our dietary requirements, we then left it in the capable hands of Corporate Executive Chef Alessandro Scala (formerly of COYA London) and his team to choose the dish for each course, leaving us guessing as to when we would interchange between Japanese and Italian gastronomy. 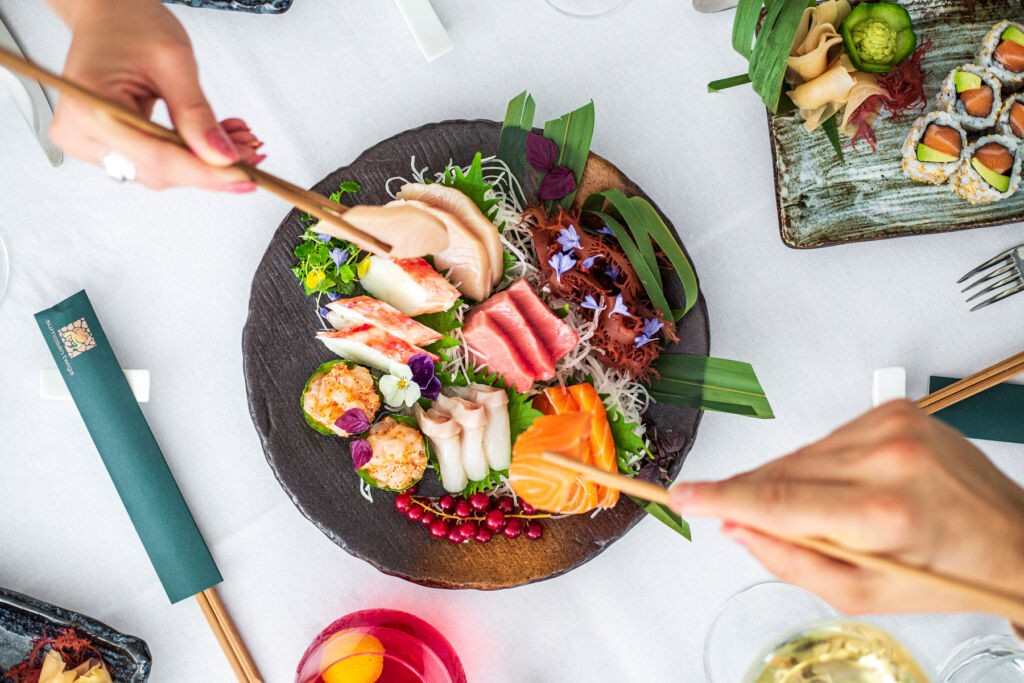 The menu at Sumosan Twiga is dominated by fish and meat-based delicacies, so strict vegetarians may struggle a little, although you get the impression that this eatery will do what they can to accommodate any specific preferences.

With a chance to take in our surroundings over a chilled “Solero” mocktail (£12), made from fresh pineapple, passion fruit and peach purée, with an impressive Bacardi Carta Blanca rum-based “Dark & Tropical” (£16) for my guest, our starters duly arrived. 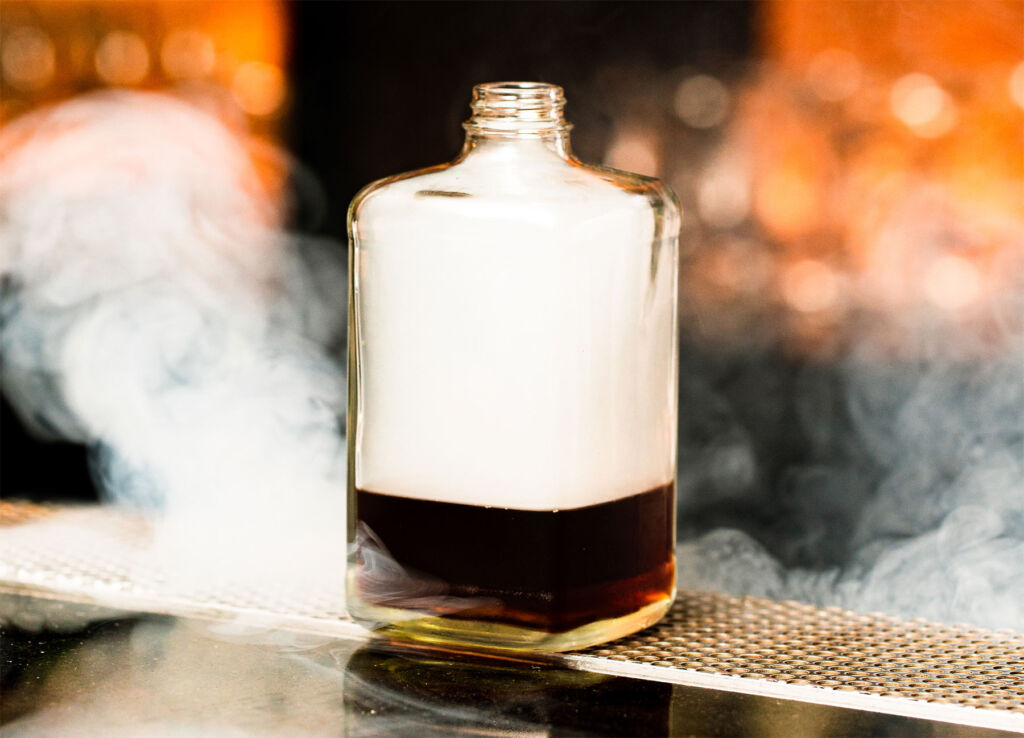 There were two from the Japanese section, which took the form of a generous portion of edamame with Maldon salt (£4.50) and the deliciously smooth and thinly sliced seared salmon with lime soy and mustard miso (£16.50). Garnished with small edible purple flowers and light crisps, it was exquisite. From the Italian side, we sampled the soft and oozing Burrata (£25) with Datterini tomato halves and a sprinkling of small olives, which we accompanied with a basket of different kinds of warm bread and rich olive oil. 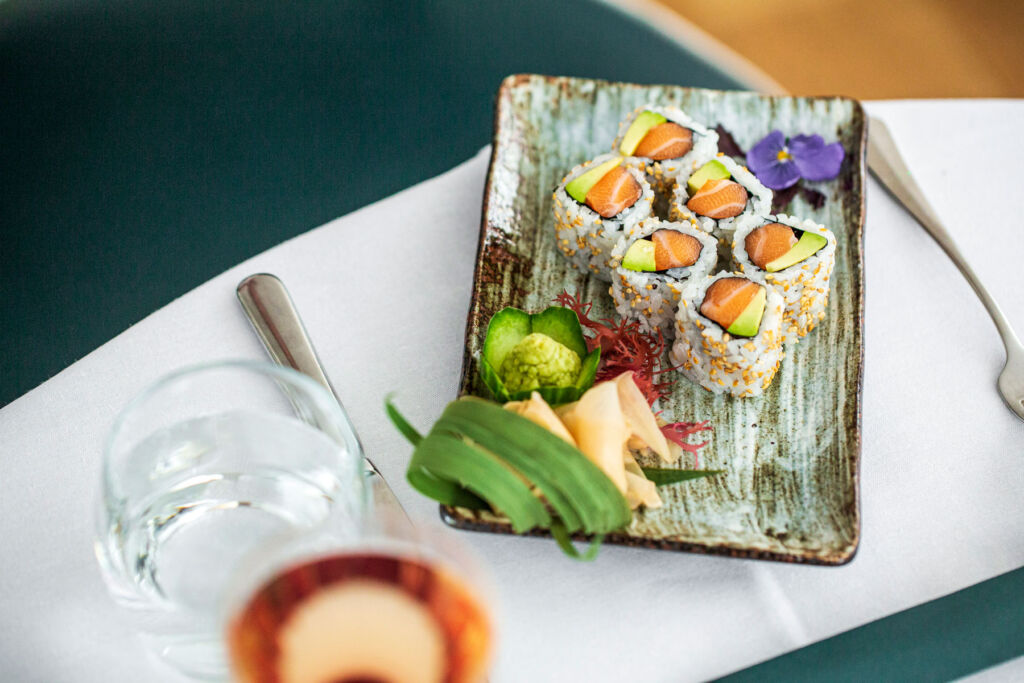 Heading back over east to Japan, it wasn’t yet time for the mains, because the “in-between” course was Maki sushi rolls. Surrounded by a thick layer of rice and a thin strip of seaweed, we tried two of the 11 types on offer at Sumosan Twiga. Complemented by some carrot-shaped flowers, twirls of pickled ginger and wasabi, the first was a helping of six vegetarian rolls (£8.50) with a centre featuring very thin strips of cucumber with oshinko (a type of Japanese pickle), avocado and sriracha hot chilli sauce.

It was a work of art, and it was clear to see the many minutes that had gone into creating something so intricate. The second was the salmon, avocado and sesame seed variety (£15), which was just as good, and we had to be careful not to fill ourselves up, as we had only reached the halfway mark by this stage. 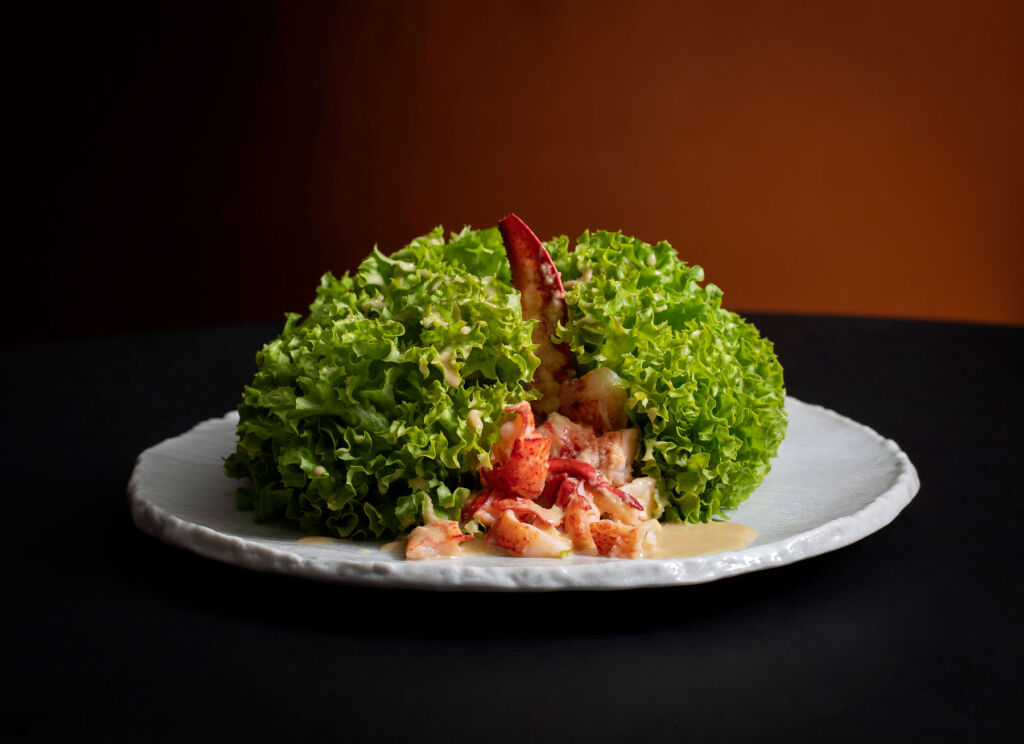 Would we be heading back to Italy, or would Japanese flavours once again grace our palate? As Sumosan Twiga combines both, we enjoyed a touch of both for our main courses. Carefully plated up with a flavoursome butter sauce, and a light dusting of fresh Parmesan cheese, was the circular-shaped homemade Burrata-filled ravioli with sage (£25). Cooked slightly al dente with a soft centre, it was a perfect balance, and with very fine shavings of black truffle, Alessandro and his colleagues had truly excelled.

Representing Japan at this point was a portion of sumptuous and fresh sea bass (£30) sitting on a thick bed of tangy and citrusy aubergine, surrounded by a soy-based sauce. The piping hot moist flesh was to die for and was once again positioned elegantly in the centre of the large white dinner plate.

When it comes to dessert, there is no distinct divide between the two continents in terms of the sweets available, and there seems to be a greater bias toward Italian. For those looking for something distinctly Japanese to round off their meal, there is “Mochi”, which translates as rice cakes.

Our short pause between our main course and dessert was interrupted by our fellow guests on the adjacent table, who kindly offered to share the remainder of their large bowl of seasonal fresh fruit (£20), which had defeated them. With them not wanting it to go to waste, we duly accepted and tucked into passion fruit, morsels of pineapple and kiwi, melon, grapes and blackberries, to name just a few of the varieties which had been presented to us.

We would have been happy to close our meal here, but we were treated by Sumosan Twiga to our final surprise of the evening – a green topped rich chocolate fondant and scoop of tasty vanilla ice cream (£18) encased in a fragile sugar dome that was almost a shame to break. With a relatively dense consistency and sticking to the roof of the mouth, this didn’t really matter, as it was a superb dessert, and with such an original form of presentation, this was the perfect note to end on. 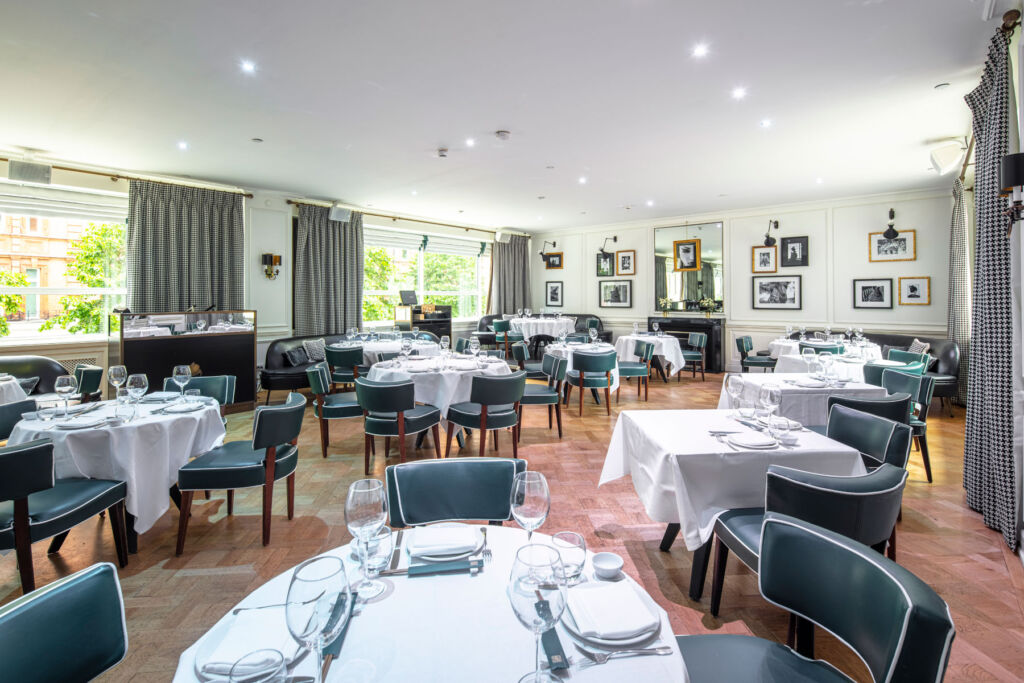 Despite sitting on one of London’s most exclusive streets, Sumosan Twiga is a restaurant that would be very easy to walk straight past, as the frontage looks very ordinary and is guarded by security. Therefore, to know that it’s there, either you have to be mixing in the right circles, be a fan of the Sumosan brand, or have heard about it somehow.

Granted it’s not cheap, with prices clearly aimed at the well-heeled who can afford the best of what Knightsbridge has to offer. However, with a high standard of Italian and Japanese dishes, coupled with an intricate level of presentation and a discrete location away from the prying eyes of the passers by, Sumosan Twiga can be seen as delivering value for money on London’s dining scene, thereby making it worthy of a visit when in the capital.

Sumosan Twiga – Where and How?

Photos from our visit to Sumosan Twiga can be found on the Luxurious Magazine Instagram page.