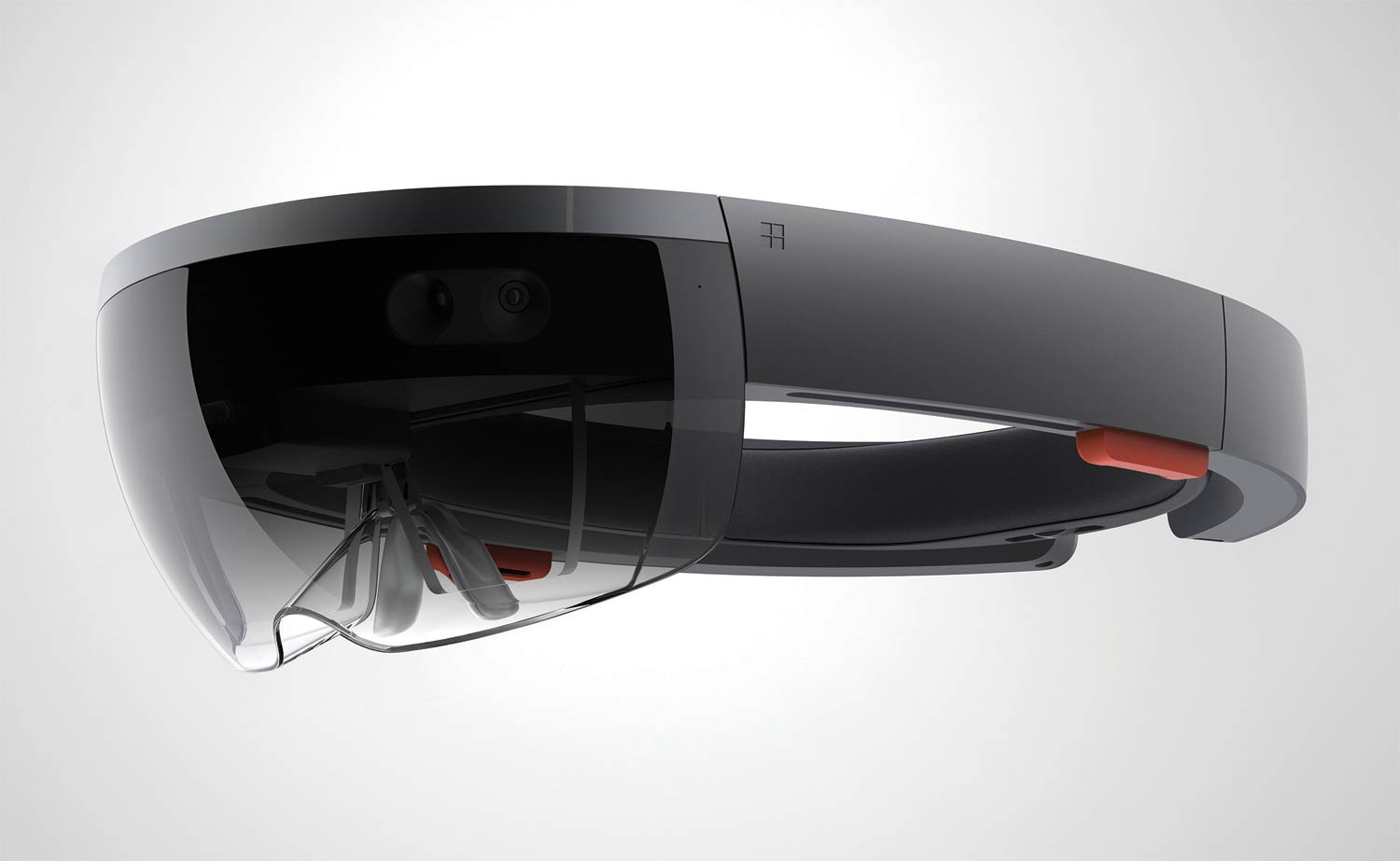 The Microsoft Hololens, transparent lenses, no wires and tons of fun

Yesterday, as part of our ongoing research to bring you news on the latest technology to make your lives easier, we sat in front of our screens watching the live E3 feed on YouTube. One of the products that made us say “wow” was the new Microsoft Hololens, the live demonstration was amazing. We’ll be the first to admit that we’re not game players here, but if there was a product that could convert us, the Hololens would be the one.

What is the Microsoft Hololens?

The Microsoft Hololens is the first fully untethered, see-through holographic computer. It enables high-definition holograms to come to life in your world, seamlessly integrating with your physical places, spaces and things. This experience is referred to as mixed reality. Holograms mixed with you real world will unlock all-new ways to create, communicate, work and play.

The Hololens intelligently maps your room, mixing holograms with the environment around you. You’ll be able to pin holograms in physical locations as easily as you would place a physical object in a room. We watched a live demonstration yesterday showing the popular game Minecraft, the wearer of the Hololens could see a 3D world in front of him which he rendered upon a table, the audience just saw a man waving his hands in the air over an empty space, simply brilliant!

Another superb feature of the Hololens is the way you control it. There is no screen to touch or mouse to click, you simply operate it using voice controls, gestures and glances. For the more inventive, you can create your own holograms and share them with others visualizing how something will look in the real world. Imagine how this would change difficult tasks such as home planning, interior design, office layouts?

Hopefully we will see a day when manufacturers such as those in the furniture industry who craft beautiful designer pieces will produce 3D images of their creations so wearers of the Hololens can visualize and move them into different parts of their home before purchase. The applications for this type of technology are almost limitless and a perfect example of this is by taking things one step further and turning the holograms into physical objects with a compatible 3D computer.

Providing the Hololens software and hardware are up to scratch, major players in the design industry will be able to create the most advanced products on screen such as a motor car using a cad software package and then visualize the vehicle in 3D (possibly full size) in front of them. Obviously the rendering and resolution will play a major part in the end result, but with the Hololens technology, we can really see it happening. 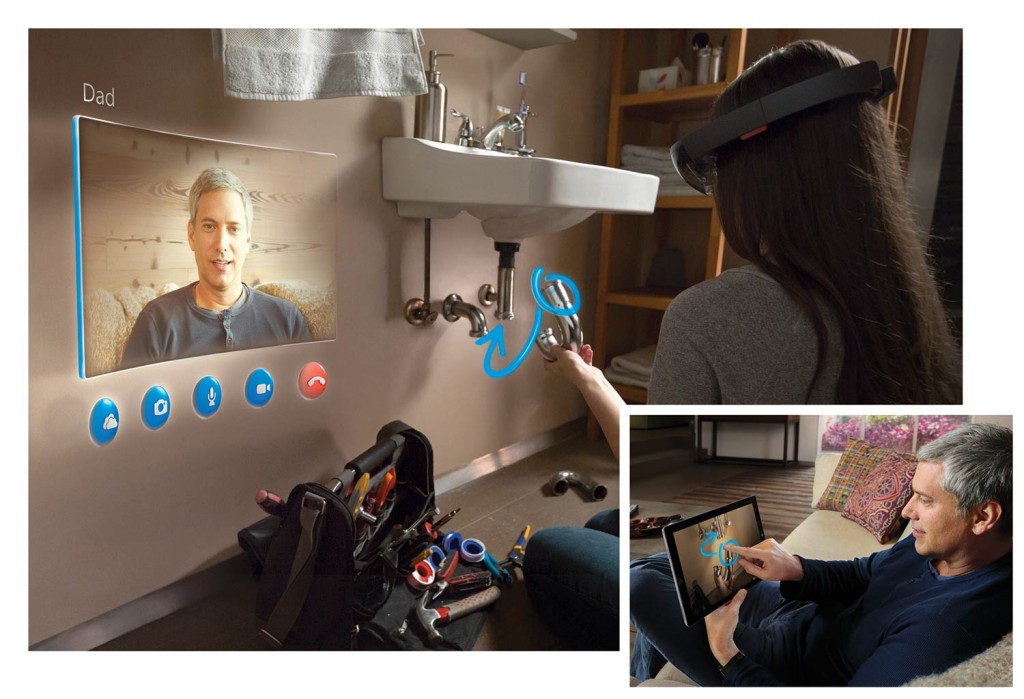 The Hololens is also able to integrate with Skype, so if you imagine that you have purchased a product with support and you are having difficulties operating it or you think there is a fault. Simply call the support department (who if they have any sense will have Skype facilities) and you will be able to show them exactly what the problem and get live assistance.

At first glance, the Hololens might look a little bulky, but the product has been designed with comfort in mind. Think of it like a performance car with excellent weight distribution. In this case, the weight is evenly distributed around the crown of the head eliminating unwanted pressure on your ears and nasal area. It is also adjustable to ensure a comfortable fit for both adults and younger users.

We’re not tech people, so we’ll steer away from going details regarding what is inside the Hololens unit, we’re more interesting in the concept, design and potential applications. However, we do know that the Hololens does contain more power than the average laptop and is passively cooled without the uses of fans. There are no wires, external cameras, PC or phone connection to wearers can move around freely completely untethered.

This type of tech integrated into something the size of Google Glass really would be mind-blowing!

Star Trek, the Minority Report and modern day movies such as the Avengers and Iron Man all showed visions of what this type of technology is capable of, dreams and wishes may now become a reality. Microsoft, you have more than exceeded expectations and providing the Hololens is all that it appears to be, you may well have created one of the most useful technology products ever.

See more of the Microsoft Hololens below