Creating a sports car from scratch is no easy task, even if you are the former Chief Designer at McLaren. Nonetheless, some people enjoy a challenge, and two perfect examples of this are Steve Nichols and John Minett. Following thousands of miles of testing and years of development, they’ve decided to put their NICHOLS N1A into production.

The NICHOLS N1A is the brainchild of Steve Nichols, the man responsible for the most successful F1 car of all time, the McLaren MP4/4. Steve has used his enormous bank of experience to create what has been dubbed a modern interpretation of the M1A, which was the very first McLaren.

Nichols said, “We didn’t set out with the intention of going into production. It was an idea that John Minett, Nichols Cars’ CEO, and I had been talking about for a while. In the end, we thought we might as well build one and see how it turned out. Once people saw it on the road, the response was incredible. It’s a bit like the original M1A that started the whole McLaren story. Bruce McLaren built it as a one-off for his own personal use. Then people started asking him if he could produce a few more!”

Obviously, the NICHOLS N1A has taken a considerable amount of its inspiration from the N1A and boasts a strikingly similar side profile to the N1A from the sixties. However, the similarities are said to end in the name and styling, as this car differs by being a thoroughly modern proposition.

Visually, Steve Nichols’ car shares the same aggressive looking nose, low profile and swooping flanks as its more illustrious sibling. Even though the NICHOLS N1A was honed in a wind tunnel to get as close to perfection as possible, to my eyes, the end result looks incredibly similar to the original. 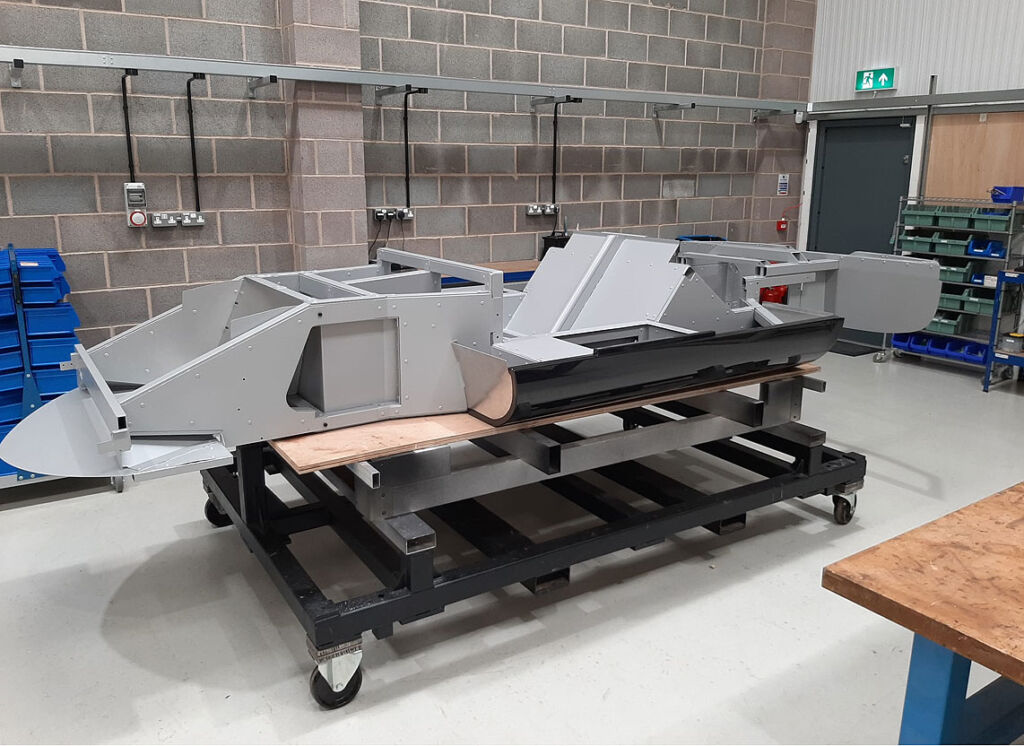 What truly separates the N1A is its technology. The chassis uses a state-of-the-art carbon fibre and aluminium wishbone with suspension all around. This is said to bring some amazing handling to the car.

On this, Nichols said, “One of the most rewarding aspects of the project has been the opportunity to work with some incredible world leading experts on structures and suspension, based here in the UK, as well as some fantastic colleagues from my McLaren days.”

Another area where the N1A pays homage to the M1A is the engine, where the designer has opted to use a large capacity American V8, which is available with a choice of power outputs ranging from 450-650 bhp. The high power output coupled with a target weight of 900kgs (including fluids) promises spectacular performance.

I doff my hat to John Minett and Steve Nichols for following their dream of creating a car that is usable on the road. However, due to the probably high level of noise from the engine and exhausts, I would prefer that this unique looking car kept its wheels firmly on the track.

The car will be making its debut sometime this year, sooner rather than later, and you can find more information at https://nichols-cars.com.

About Steve Nichols
Steve Nichols cut his teeth in the aerospace industry, and when an opportunity to join the design team at McLaren arose where he would be working on what was to become the MP4/1 arose, he jumped at the chance. Nichols became the Chief Designer a McLaren when John Barnard left for Ferrari. The role allowed him to take the lead on the technical side of the MP4/3 and the iconic MP4/4.

Following his time at McLaren, Nichols went on to lend his expertise to Ferrari, Jordan and Sauber before returning to McLaren as a trouble-shooter.