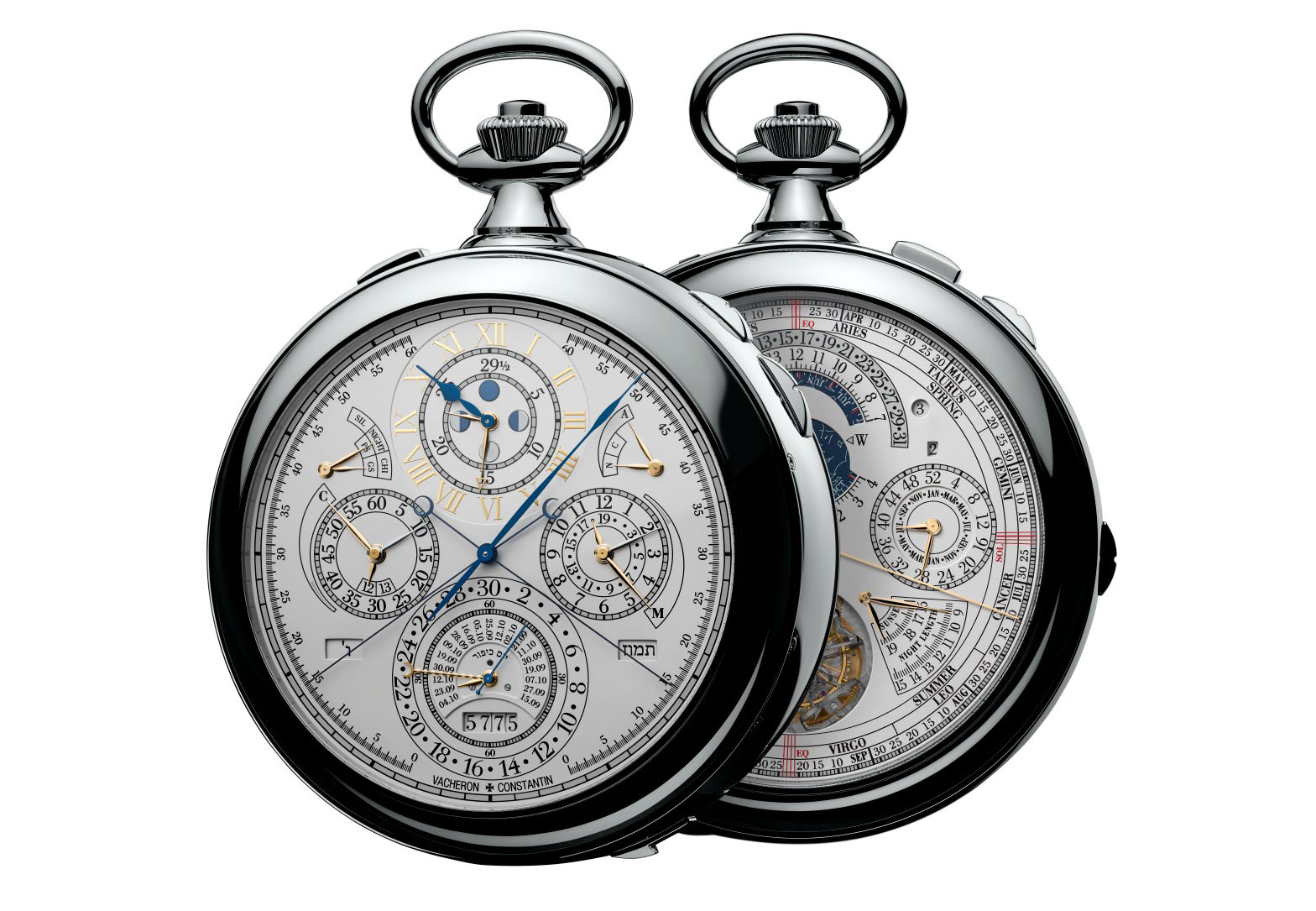 It has been conceived over a period of eight years by a team of three of the company’s master watchmakers. 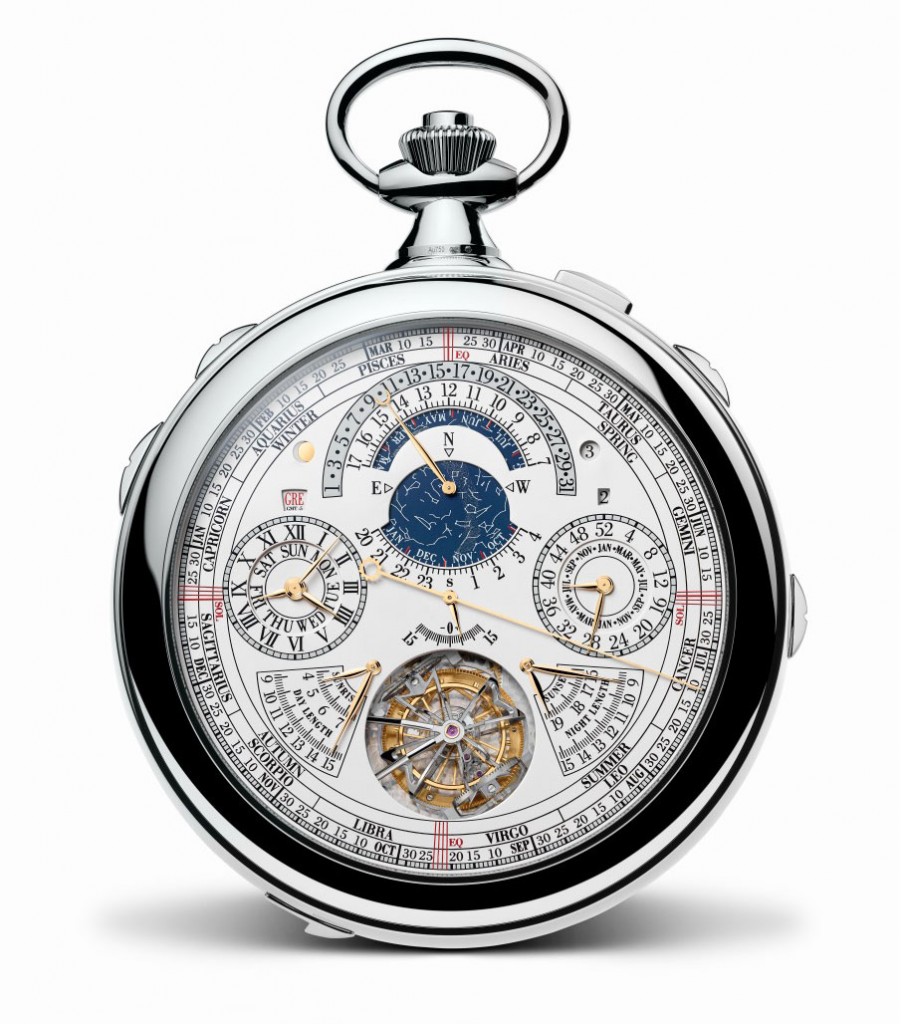 Made using classic principles of watchmaking along with resolutely 21st-century thinking, this watch is an entirely original creation exhibiting a total of 57 complications, several of which are entirely new and unique.

The new complications that were required to be incorporated included, among others, the multiple calenders and double retrograde rattrapante chronograph, something which had never previously existed and therefore had to be calculated, designed and developed from scratch, thus a completely new calibre of movement was created unlike any other seen before.

Furthermore, even the mechanisms of the more familiar complications have been modified, reinterpreted and redesigned so that the finished watch is utterly harmonious as a whole. Its conception and realisation required not only a huge leap of imagination, but a level of mathematical understanding and craftsmanship that is almost beyond comprehension. 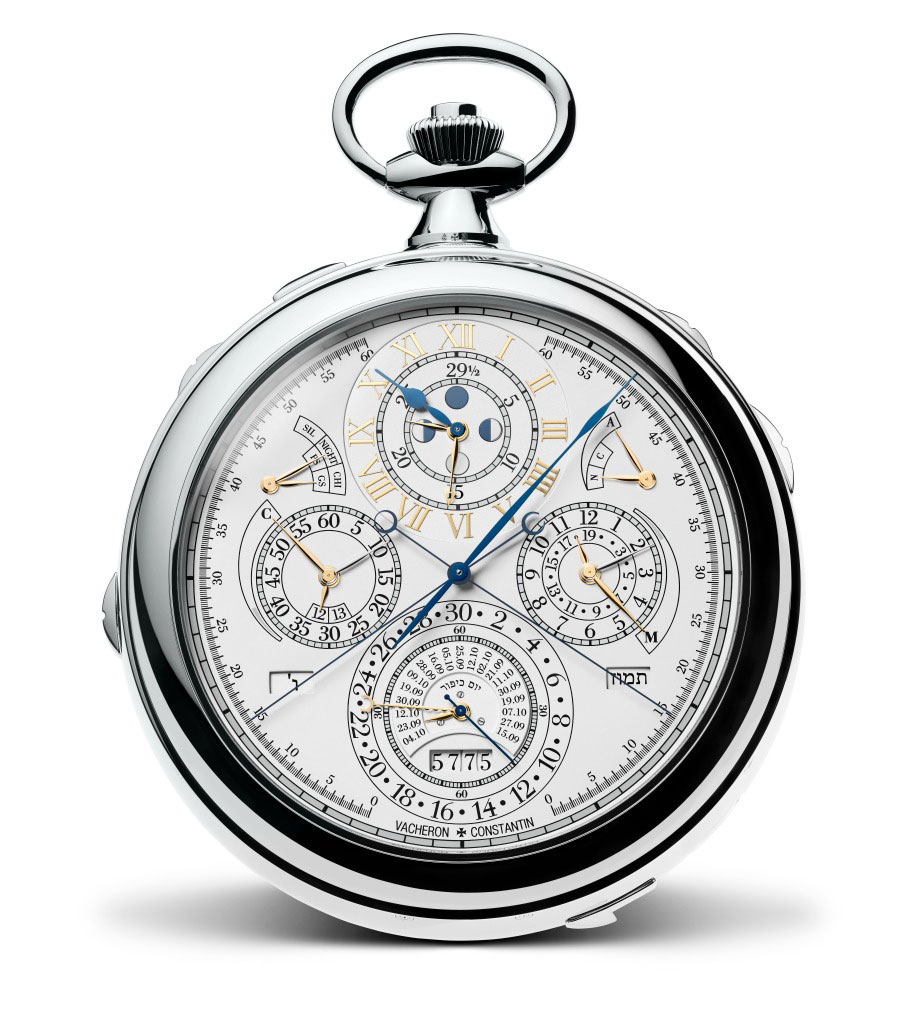 The successful completion of this watch introduced several important brand-new complications to the world of watchmaking and as such the research and skills developed during its construction can be considered to be the greatest contribution to the advancement of mechanical watchmaking since the 1920s.

Among the list of fifty-seven complication are a significant number of ingenious and important new mechanisms that have never been seen before in watchmaking. These innovations are found in every aspect of the watch’s construction, within which, each function has its application in watchmaking both as an individual technical development and as an integral part of this outstanding watch.

Made of solid 18k white gold, polished with glazed bezels on each side, the elegant and perfectly proportioned case has a three-position winding crown with corresponding indication window on the case band to show the position of the crown during winding or setting. A co-axial button in the crown controls the start/stop and return-to-zero functions of the double retrograde chronograph and push-button in the case band at 11 o’clock activates and restarts the rattrapante chronograph function.

Of particular note is the totally unobtrusive and new design of the concealed flush-fit alarm winding crown located in the case band at the 4 o’clock position. This is a most sophisticated method of concealing the alarm button so that it does not detract from the clean line and elegance of the case.

Each side of the watch has a dial made of solid silver while the rotating discs for the displays are made of aluminum for maximum weight-saving and therefore only requires the slightest energy to move. The meantime dial is of regulator style, displaying the hours, minutes and seconds on separate chapter rings, a design derived from precision regulator clocks such as those used in observatories and laboratories. This first dial displays some of the entirely new and very exciting functions developed by Vacheron Constantin watchmakers and seen for the first time ever in this watch.