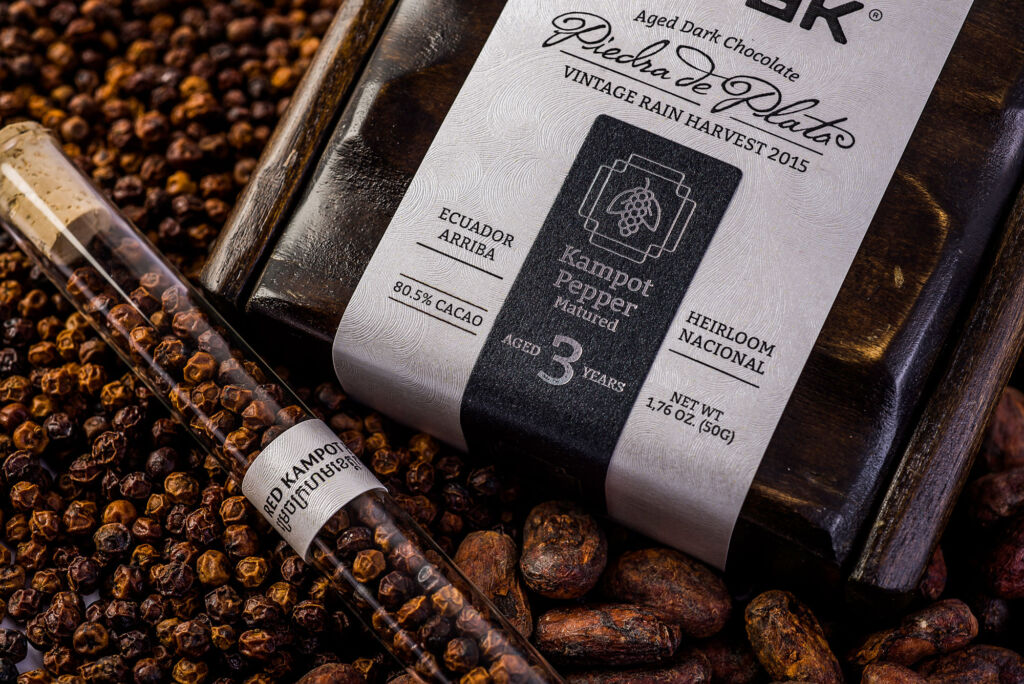 To’ak Chocolate is widely regarded as being at the very top of the tree in the confectionary world and has a fascinating background story. In this feature, we look at how a rainforest conservation project and a stroke of luck brought the world once forgotten and new flavours, coupled with extraordinary refinement.

We are no strangers to To’ak chocolate; we first wrote about it more than six and a half years ago. Since then, we’ve become somewhat distracted, which is poor form considering it is regarded as the world’s best chocolate. The good news is that we’re back on the case, and in this feature, we’re taking the opportunity to remind readers why this chocolate is head and shoulders above all others.

To’ak (pronounced tow-ack) is an Ecuadorian chocolate company founded in 2013 by Jerry Toth, Dennise Valencia and Carl Schweizer. The company’s unique calling card is that its chocolate is made from a specific cacao variety called “Nacional”. 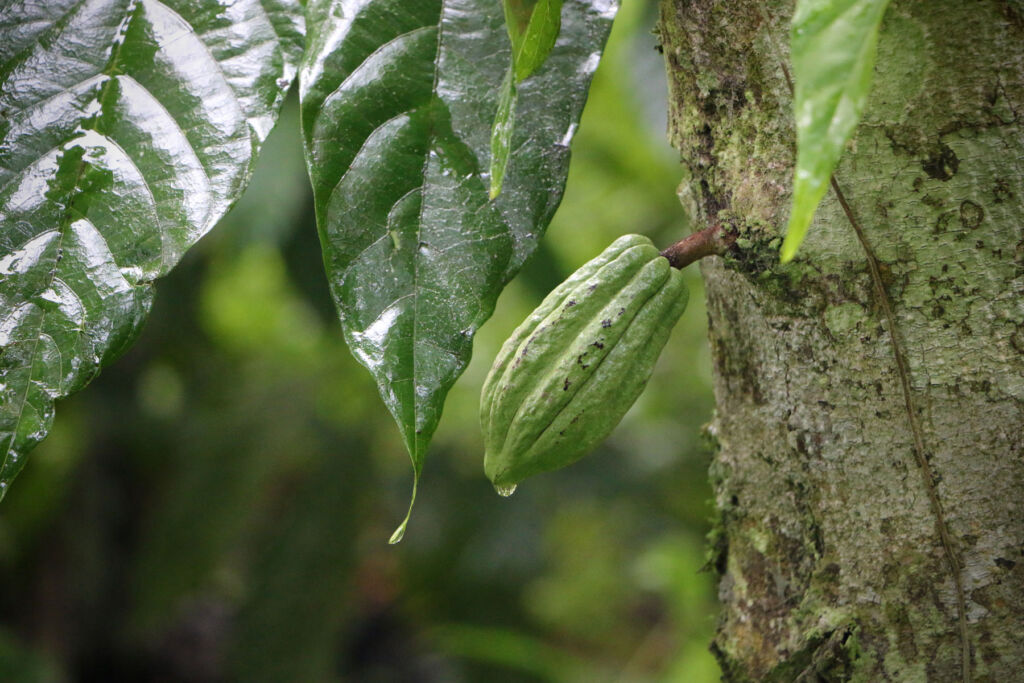 Nacional is a rather special and incredibly rare variety with a genetic lineage that can be traced back 5,300 years ago, around the same time the earliest settlers began inhabiting Egypt’s Nile Valley. In the 1800’s it was considered by the world’s leading chocolatiers to be the world’s most prized cacao.

However, a little over 100 years ago (1916), an outbreak of Witch’s broom disease caused a change in the natural structure of the Nacional tree, decimating the species and probably many other varieties, bringing forth a century of hybridisation. The disease outbreak saw Ecuadorian cacao production fall by a massive 77 per cent, and many presumed, even as recently as 2009, that the Nacional tree had become extinct. 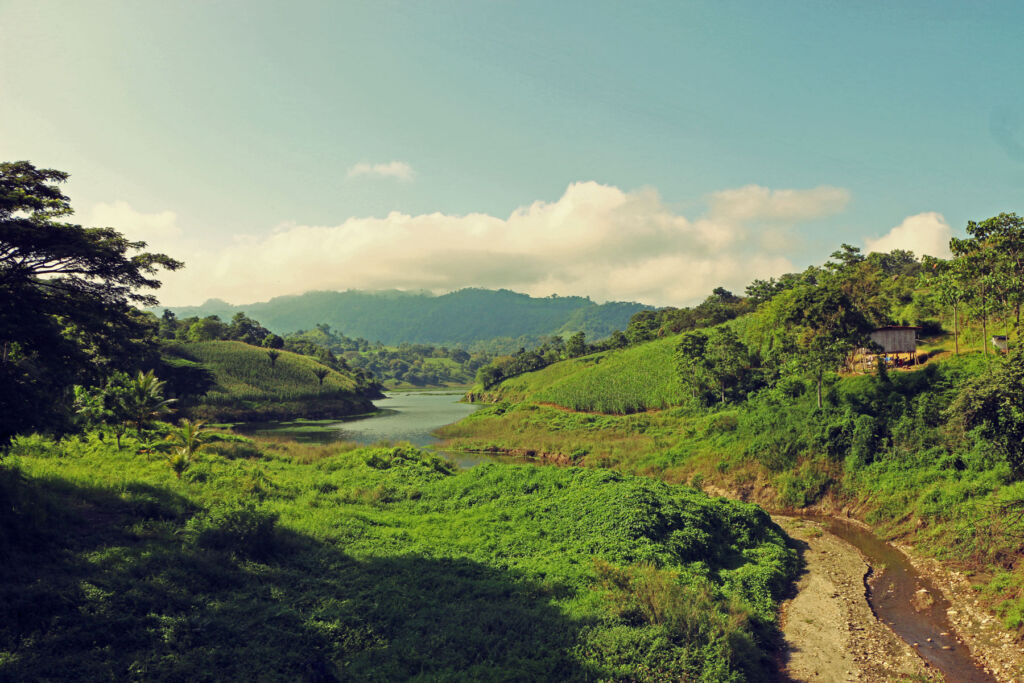 In 2013, the company founders visited a valley in the hills of the Manabi province called Piedra de Plata. They were astonished to find many cocoa trees, some of which appeared to be more than 100 years old, predating the disease. They theorised that some of the cacao trees might be Nacional due to the colour and shape of the fruit pods.

Many people working in the industry politely warned them that it was doubtful they would find any pure Nacional cacao trees in Piedra de Plata or, indeed, anywhere else. Fortunately, DNA testing proved them wrong, and from the forty-seven trees picked for analysis, nine of the trees proved to be 100 per cent pure Nacional. 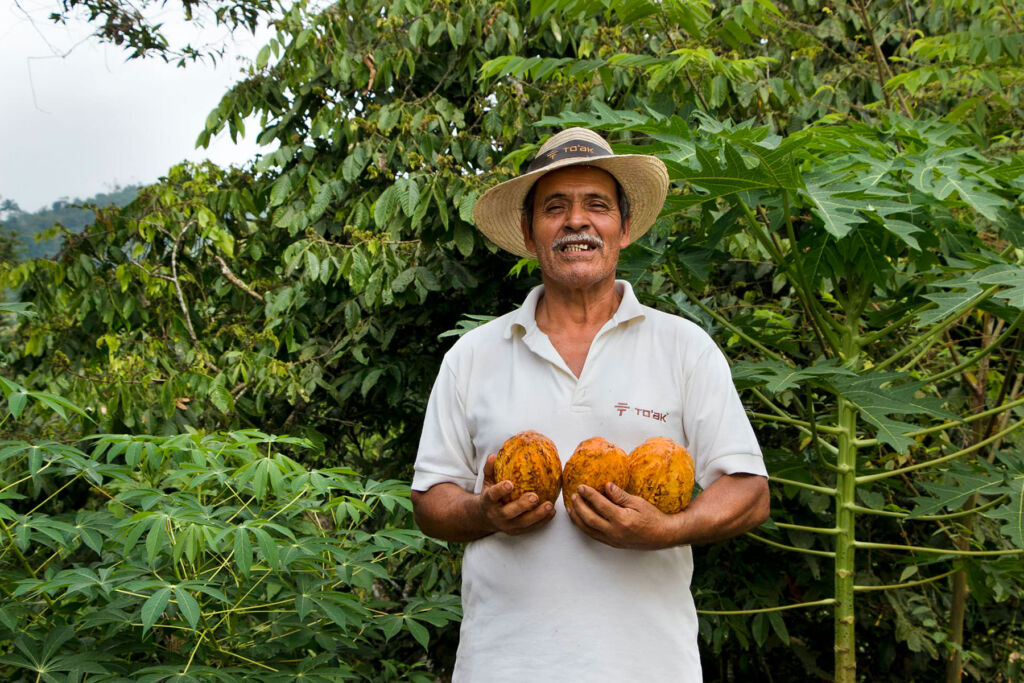 How to make the world’s best chocolate
To’ak hand selects the cacao that matches the morphological and colour profile of the heirloom Nacional as referenced by the DNA testing.

The cacao is sourced exclusively from Piedra de Plata. The hand-picked beans are then placed into Spanish Elm wood fermentation bins for up to six days, breaking down unwanted tannins and other coarse polyphenols, which produces more subtle flavours and reduces bitterness. The beans are then dried in the sun and fresh air in what most people would describe as a greenhouse. 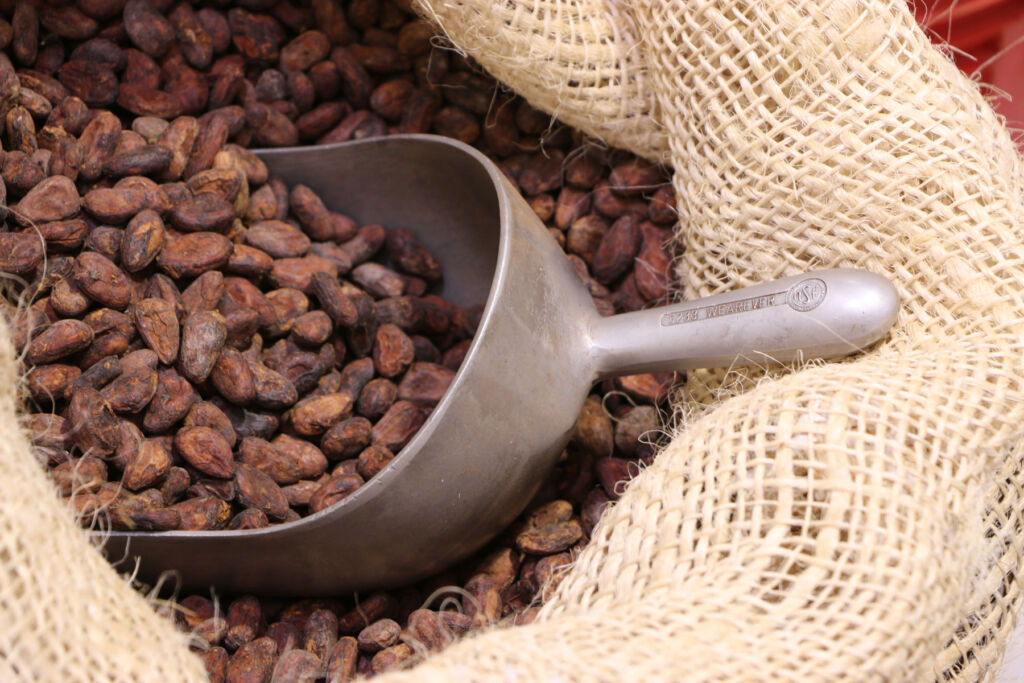 The beans that meet the company’s high standards are then carefully roasted, their shells removed, and they are ground into tiny pieces known as nibs. The nibs are then put through a further grinding process, liquefying them, and this liquid is then heated and mixed with sugar.

The final stage is called Conching, a process of mechanical churning of the chocolate, which can sometimes last for days. The Conching process helps to aerate the mixture and releases any volatile acids, which provides more flexibility to the chocolate’s flavours. 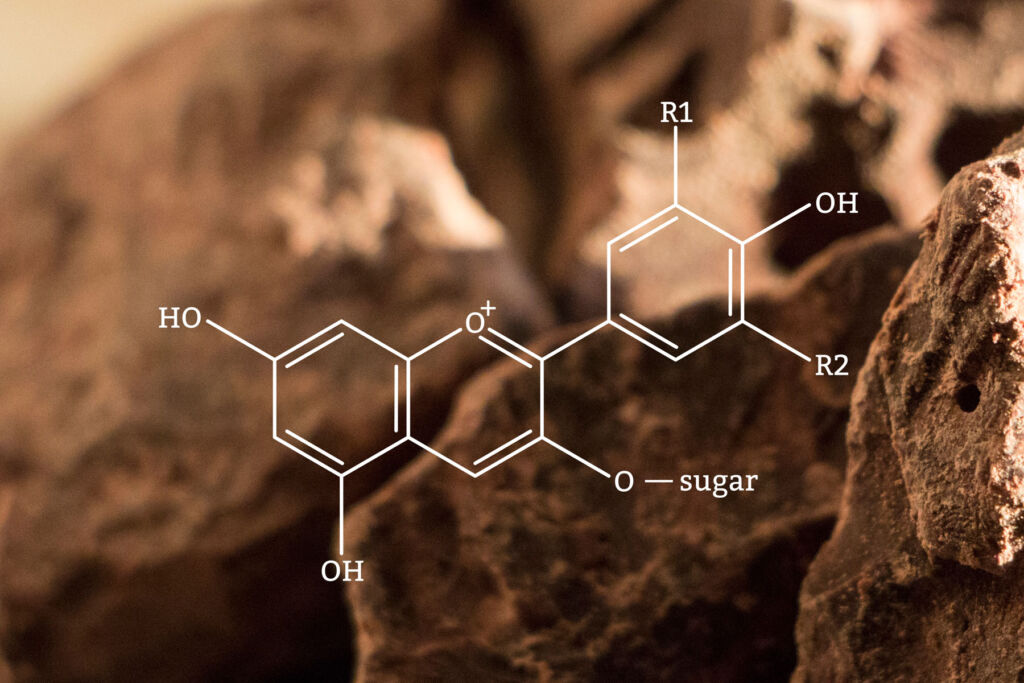 At this point, you probably think that it’s now ready to be formed into bars; hold your horses! To’ak adopts techniques born from wine and whisky makers, and one of the key things that differentiate their chocolate editions is the introduction of ageing. The To’ak team consulted with professors, molecular scientists and winemakers to create the ideal ageing process, which was a world’s-first for the industry.

The ageing process created by To’ak helps the flavours and aromas evolve slowly, and some of their special editions underwent this process for an incredible six years! 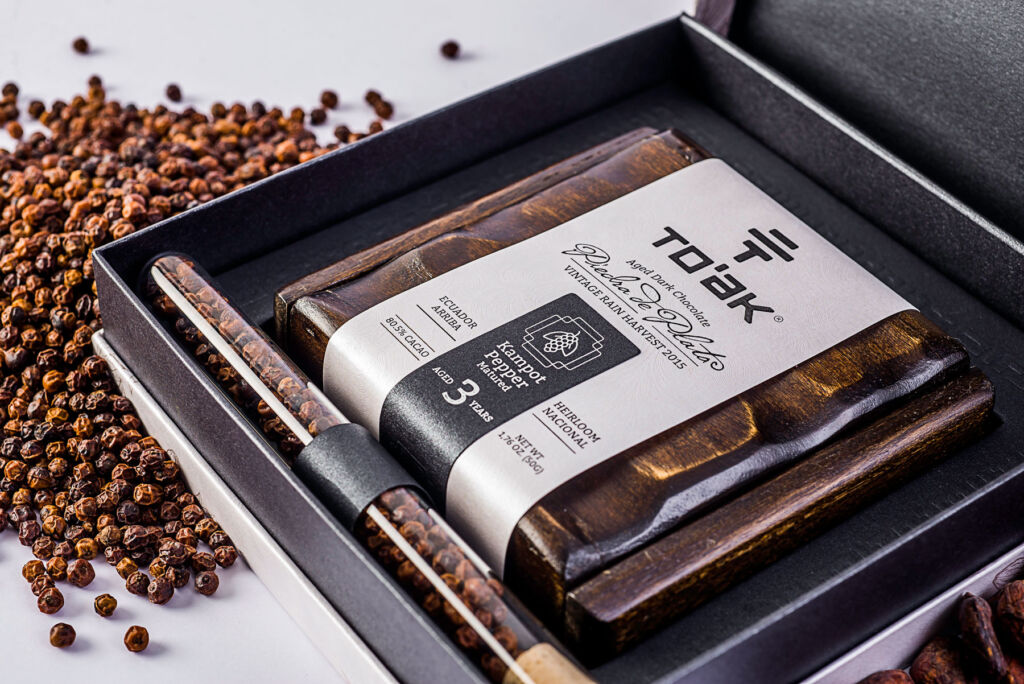 To’ak Kampot Pepper Aged
Our first suggestion brings together the most luxurious chocolate and the world’s most celebrated pepper.

The Kampot Pepper hails from the Cambodian province of Kampot, and like Champagne produced in France’s Champagne region, Gorgonzola Cheese and Kobe Beef, it sits under a Protected Geographical Indication (PGI). The Kampot pepper is known for its Jasmine-like floral aroma and subtle fruitiness, underpinned by powerful spice.

To’ak imported the finest peppers available and began experimenting. They discovered that the ideal match was with their 2015 harvest, specifically with an 80.5% cacao percentage. The result is possibly the most floral chocolate To’ak has made so far. The result is a remarkable chocolate that can be enjoyed on its own or paired with drinks such as tequila and whisky, or you can forgo the glasses and just enjoy it with cheese. As a special bonus, the bar comes with an 18gm sample of red Kampot pepper, the same used in the chocolate. 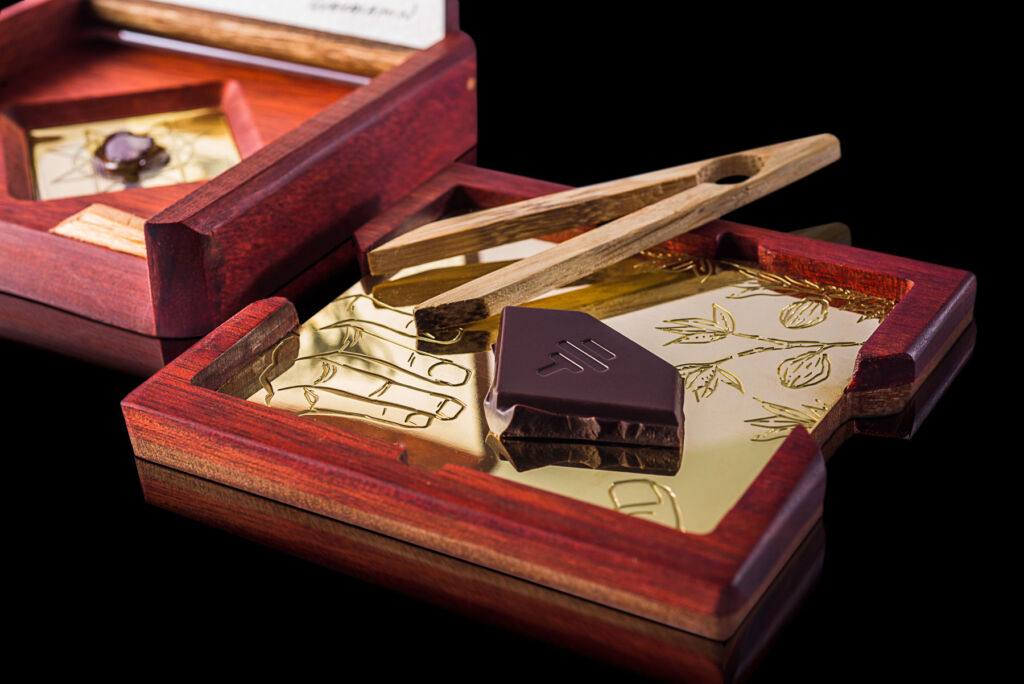 To’ak – Fundacion Guayasamin – Masters Series 09
This particular chocolate is the company’s first Art Series edition and is inspired by Ecuador’s most celebrated artist, the late Oswaldo Guayasamin. It comprises two vintage editions of chocolate, each with completely different personalities, which are then blended to create an exceptional Ecuadorian dark chocolate. 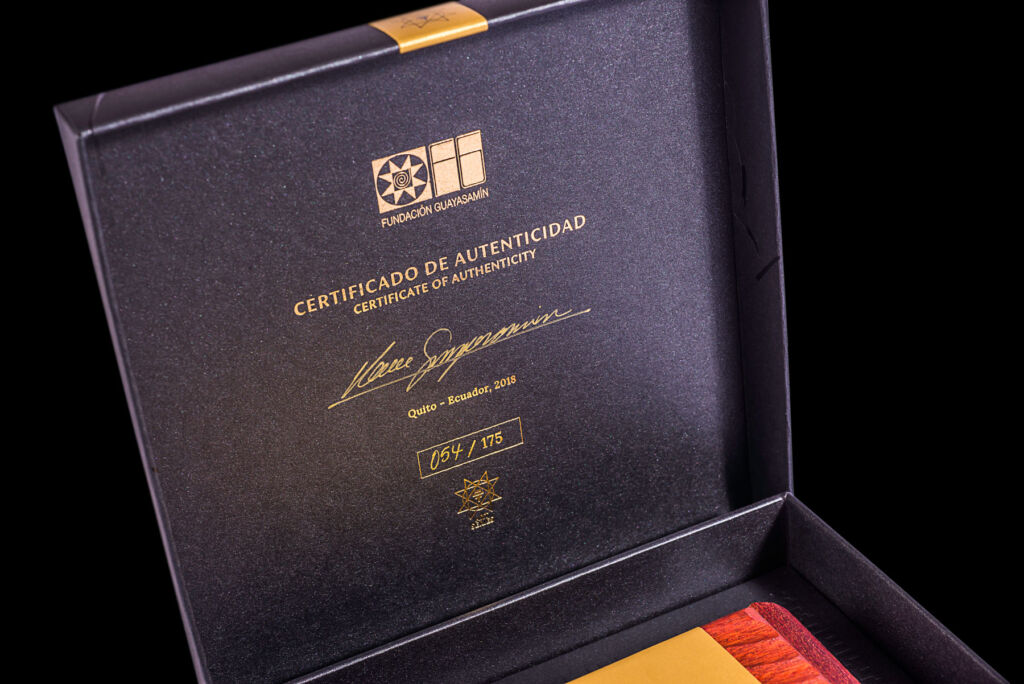 Admittedly, To’ak chocolate is in a different price realm compared to the everyday forms of chocolate we know and love. However, what you are buying is very likely the best and most exclusive chocolate in the world, and at the same time, you’re helping to keep a species alive that, until recent times, was thought to be lost.

To’ak doesn’t only make single bars of chocolate; its range includes tasting kits, mini-bars, cacao powder, drinking chocolate and more, pretty much something to suit all tastes and budgets. 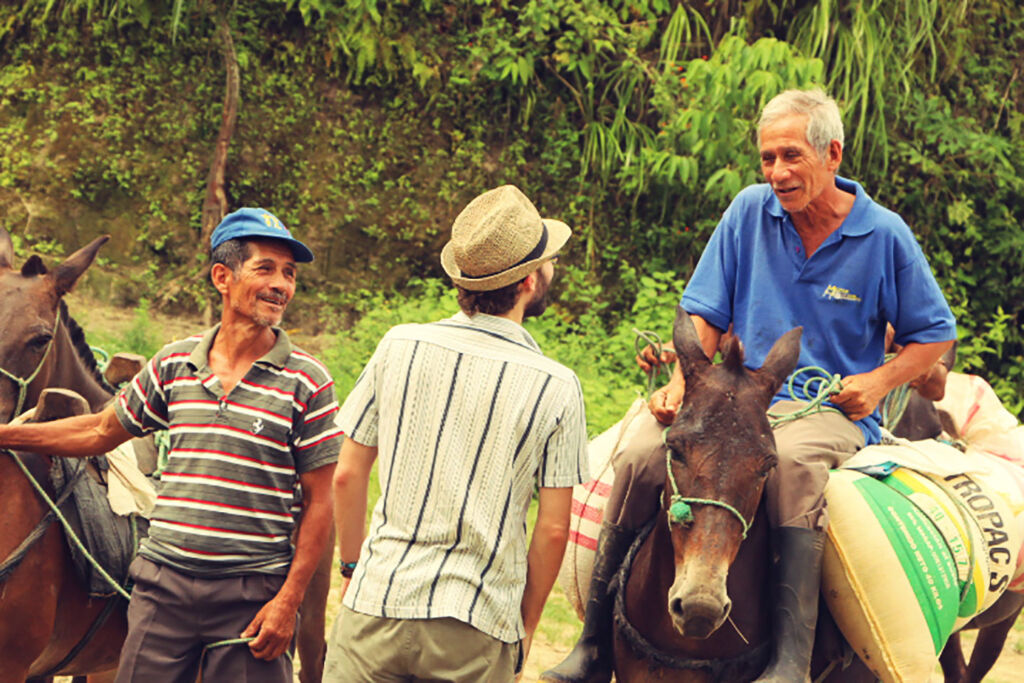 Another thing worth mentioning about To’ak, which goes against the grain in the modern-day world, is they pay cacao growers the highest farmgate prices of any chocolate company on the continent. To put this into context, it is six to nine times more than the Fair Trade price.

If you would like more information on To’ak chocolate, want to see its full range and make a purchase, visit https://toakchocolate.com/.