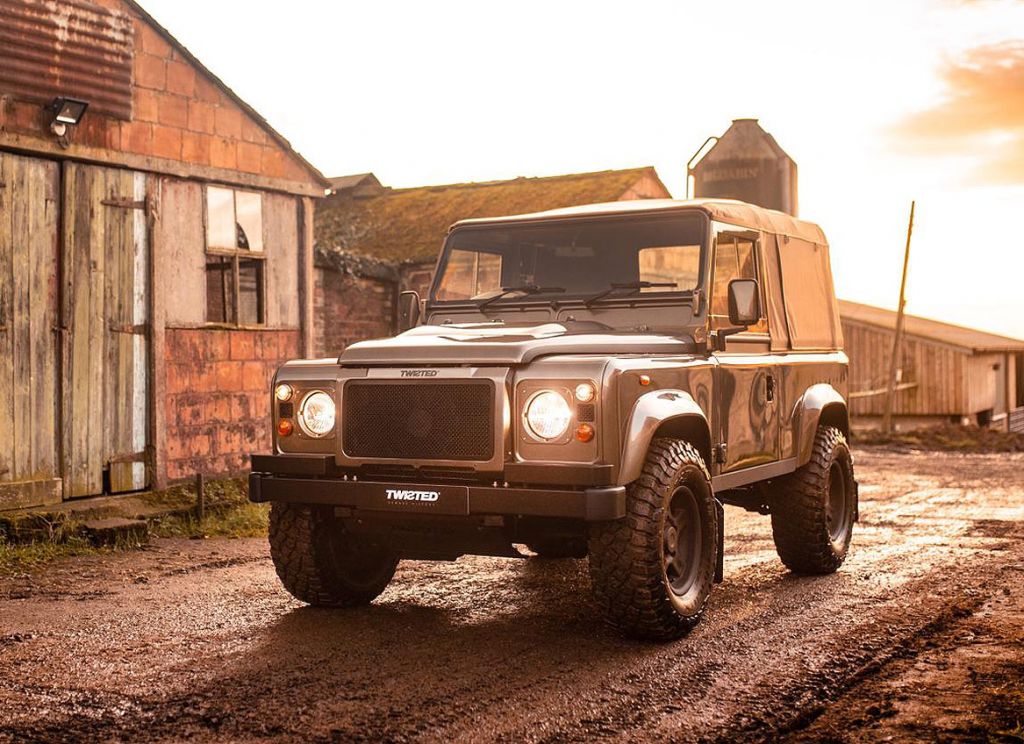 It’s four years since the production of the classic Land Rover Defender ceased, but, all is not lost! Twisted Automotive has four major announcements showing their commitment to maintaining the vast affection for the iconic vehicle.

Twisted Automotive Silverstone showroom
To meet the needs of customers in the south of England, Twisted is adding to its North Yorkshire headquarters with a boutique showroom in the heart of British motoring country.

Twisted Silverstone will open in March, offering clients in London and the south to view and test drive vehicles, or access specialist servicing, within close proximity.

Located 30 minutes by train, or an hour’s drive, from the capital, the 2,000 sq ft base ​will feature a new Twisted Cafe​ where customers and enthusiasts can meet to talk all things Twisted. Several Twisted models, will be on-site, including the 6.2L 430bhp V8.

Business development manager for Twisted Silverstone is newly appointed Ian Gray. He said: “Twisted’s mission is, as ever, to continue celebrating the Defender’s heritage and to re-engineer it to be the very best it can be. Our Silverstone base will enable us to share this vision with an even greater audience.

“I’m extremely excited to be heading up this project that will increase Twisted’s profile and offer a wider audience the opportunity to experience the magic of a Twisted. The boutique showroom is in the heart of some fantastic driving country, and I can’t wait to welcome our first visitors.”

Twisted Automotive Middle-East to launch
Further international expansion is in the pipeline. Following the launch of Twisted North America last autumn, Twisted Middle East will open its doors later in 2020.

Twisted has already made a significant number of sales in the region, including Qatar, the UAE, Oman and Kuwait, and enjoys a dedicated following among off-road enthusiasts.

Headed up by Matt Duckett who has recently joined the Twisted Group from JLR, Twisted Middle East will include a showroom and maintenance facility in Dubai but serving a wider UAE audience.

Matt is a former JLR engineer in the Middle East who was also part of the team that worked on stunt vehicles used in the new James Bond film, No Time To Die. During that time, he experienced working at the famous Pinewood Studios as well as on location in the Scottish Highlands and Italy.

He said the aim was to create a dependable, desirable brand founded on the unsurpassed quality of the Twisted vehicles and backed by outstanding customer service. 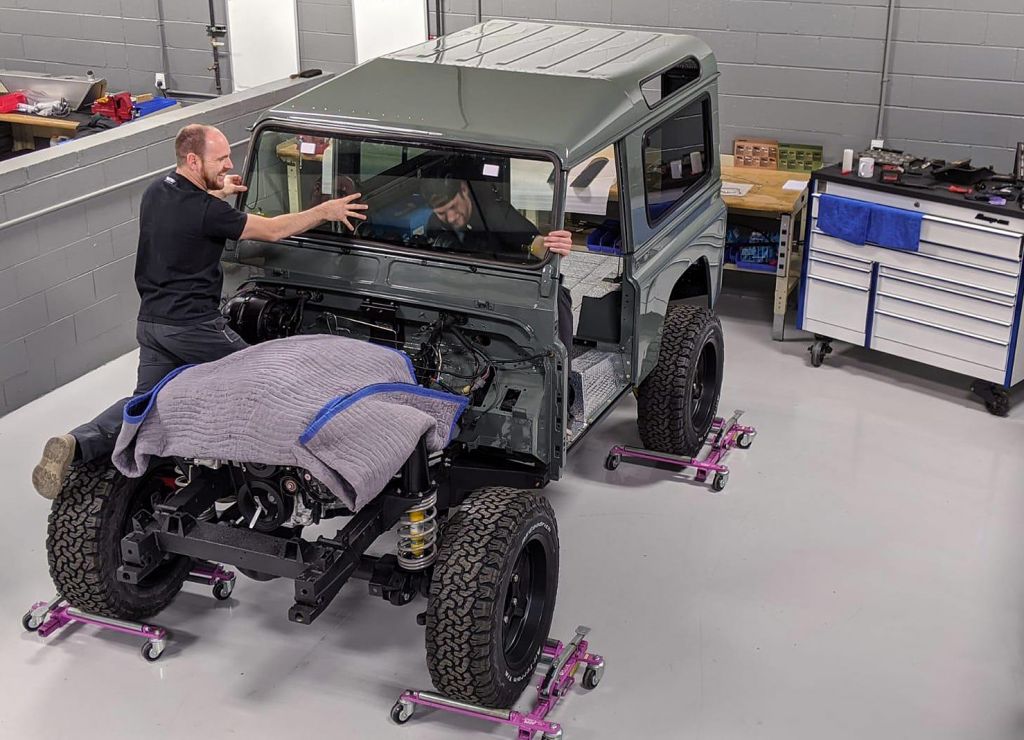 In line with Twisted philosophy, the NA-V8 remains true to the spirit and heritage of the original but with serious power upgrades and the latest in infotainment and interior comfort.

Work has already begun on its 110 companion; the pair will be on display at the New York International Auto Show, Stand 1601, Level 1, in April.

Twisted NA is also working on a collaborative, invitation-only launch and drive event with the Classic Car Club of Manhattan, where both vehicles will be available to test drive.​ Orders are currently being taken, and​ prices start at $250,000.

Part of the Remake History collection, this model is built in ​Twisted’s own Classic colour, Willow Green​, and features a canvas roof, double bumper, half-height doors and a three front seat configuration – combined with all of Twisted’s usual preparation work by the talented technicians in Yorkshire.

Just ten delivery-mileage vehicles have been allocated from the Remake History collection for the Lightweight builds, ensuring they will be highly sought-after. The vehicle will have a delivery date of summer 2020.

Charles Fawcett, the founder of Twisted Automotive, said: “Four years to the day since the last classic Defender rolled off the JLR production line, our continued expansion illustrates the enduring passion for this iconic vehicle that exists not just here in the UK but across the globe.

“As guardians of the heritage of this British icon, we’re incredibly proud of how Twisted is continuing to grow. We’re delighted to bring the Twisted experience to an even greater audience.”

Twisted Automotive – Where and how?

Twisted Automotive has a single mission, to take the iconic Land Rover Defender and re-engineer it to be the very best vehicle it can be.

If you would like any more information on something in the article above or want pricing and availability details, visit the Twisted website at www.twistedautomotive.com.

Readers in the USA can get more information at  northamerica.twistedautomotive.com.