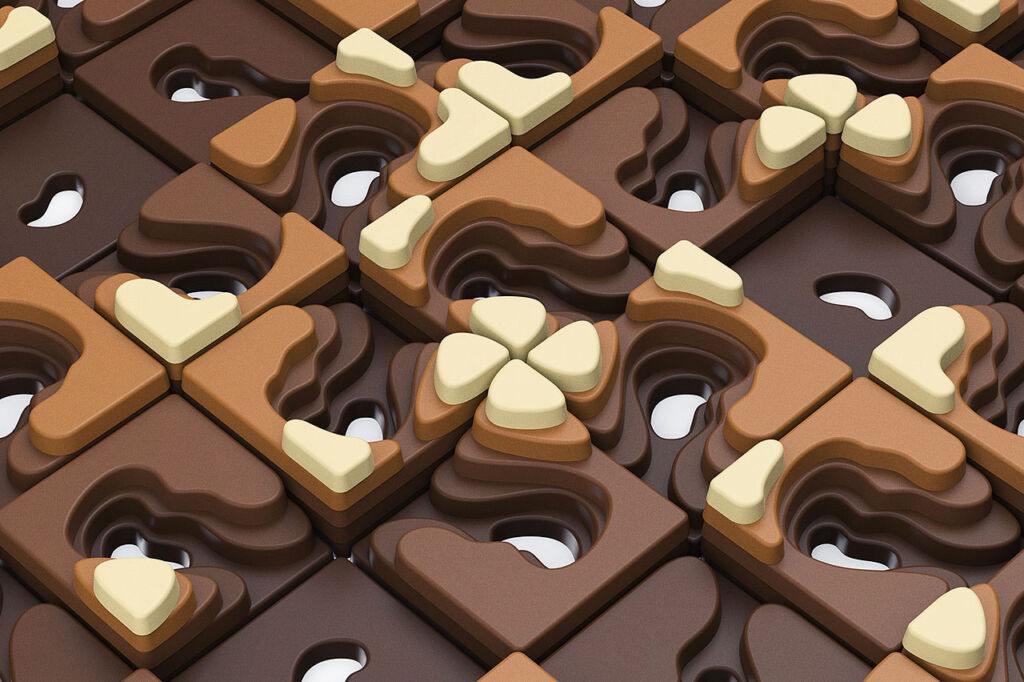 Does the perfect milk chocolate bar exist? Some will say no; others, including the Finnish dairy and food company Valio, disagree. The Finnish food company has been utilising artificial intelligence to create a milk chocolate concept dubbed “The Bar”, which points the way to a healthier future.

According to the National Confectioners Association, milk chocolate is the most popular type of chocolate in the USA, and it’s very likely the same situation in many other countries. Chocolate is adored the world over, and the confectionary market is flooded with chocolate brands all vying for consumer attention at a time when governments are clamping down on products containing too much sugar. 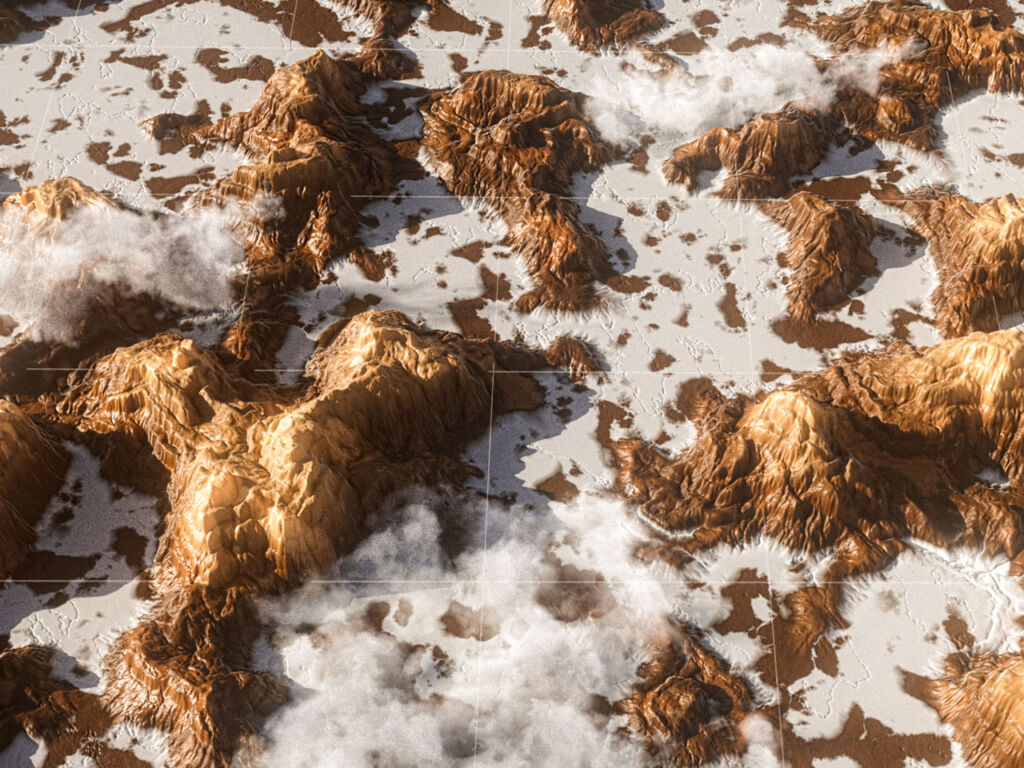 In a perfect world, chocolate would be sugar-free; however, we’re not at this point yet, and the next best option is to reduce the amount of sugar whilst retaining taste, which Valio has set out to achieve. Using the power of artificial intelligence, the company analysed more than a million milk chocolate lovers’ desires to create chocolate to please all.

Before we get too far into chocolate for the future, I should make clear that Valio is not focused on making confectionary. In fact, it is a cooperative owned by 4,000 Finnish dairy farmers, making a wide range of food products using milk and other ingredients. And, to this day, Valio still follows the principles laid down by Nobel Laureate A.I. Virtanen, a pioneer in agriculture, nutrition chemistry and milk production, whose concept was centred around improving the well-being of all people.

Over the years, Valio has helped improve food security, public health, and animal welfare in Finland, and the company’s products extend across over sixty countries, making it Finland’s largest food exporter.

In response to health concerns, the company decided to create milk chocolate suitable for the future. To help them to do this, they created a unique milk powder solution, which has resulted in “The Bar”, a milk chocolate concept that combines all the changing preferences of people’s cravings with 30% less sugar. 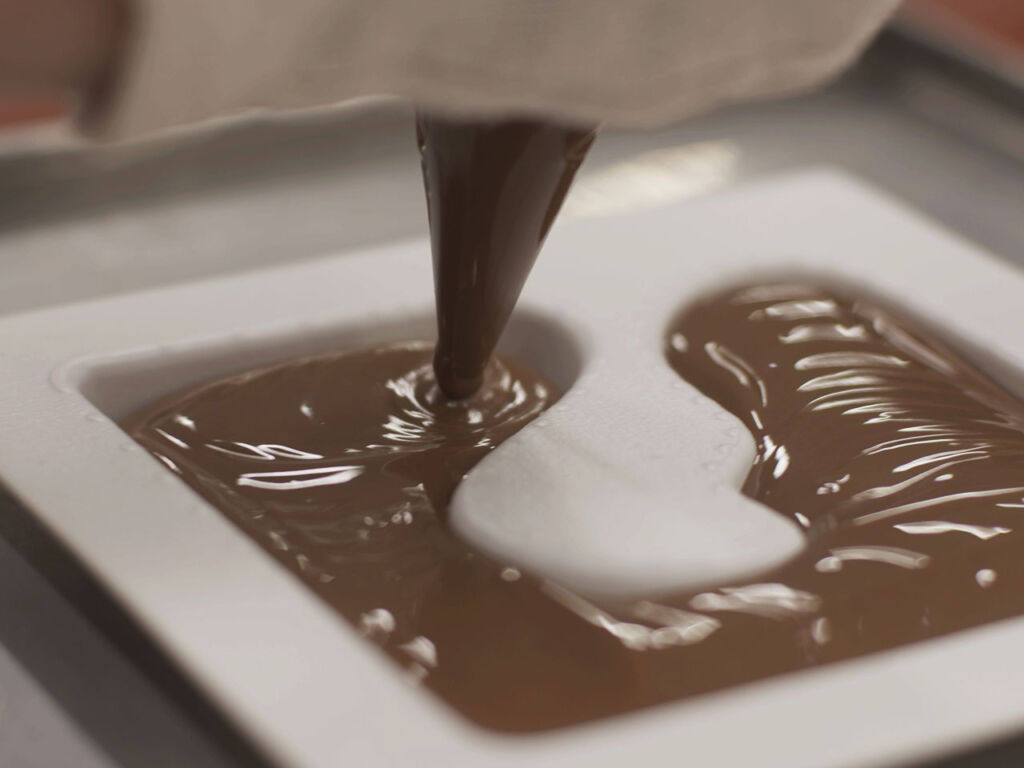 A Human Designed Bar
The recipe was based on an artificial intelligence analysis of worldwide milk chocolate lovers’ thoughts, cravings, and tastes. Valio and local chocolate artists at Kultasuklaa company created the futuristic concept, and the key word here is a concept, as Valio isn’t, as of yet, moving into the realms of chocolate production. Valio created ‘The Bar’ to show how the dairy company’s milk powder can be used in the production process and what the future of milk chocolate could look like.

In today’s world, understanding technology is a key requisite to being a pioneer in product development in the dairy industry. Last spring Valio’s consumer insight team and Finnish company Aiwo Digital used artificial intelligence to analyse more than 1.5 million public milk chocolate-related social media discussions around the world, along with surveying people about what they wanted from their chocolate. 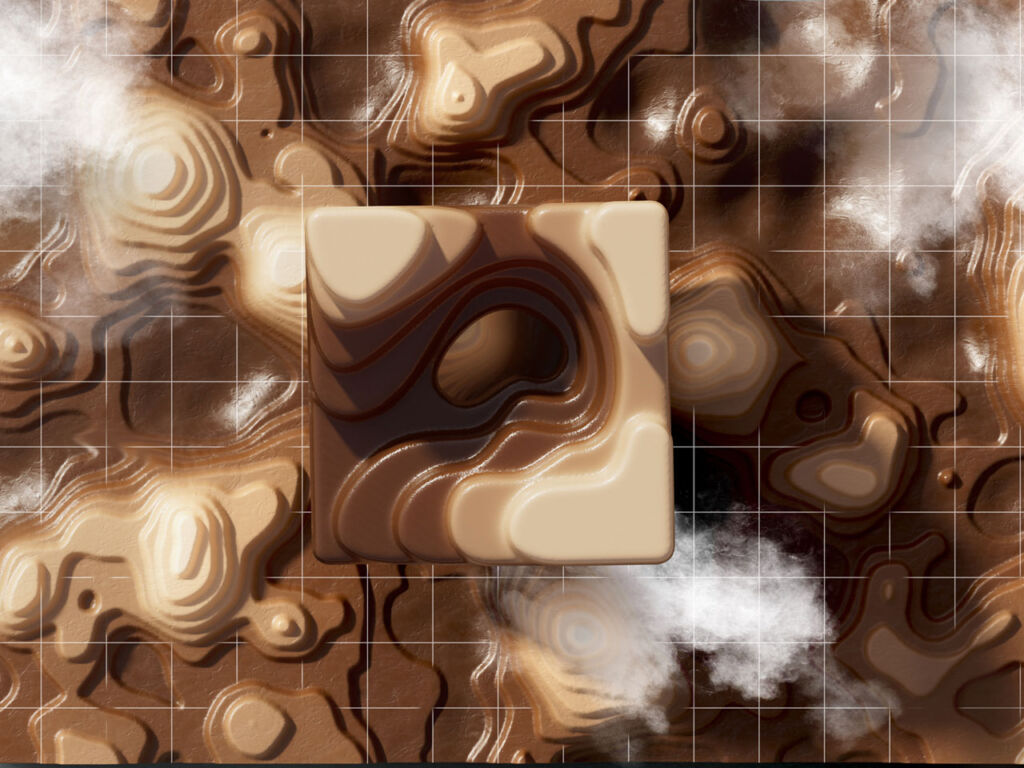 Five different layers
Valio’s analysis provided them with an insight into the emerging milk chocolate trends, and there were two conclusions from this. Firstly, there is no single preference for taste, size and filling, as this changes based on when and where it is consumed. Secondly, people want to enjoy chocolate with a free conscience. The analysis showed that maintaining the taste and sweetness of the chocolate is very important; however, consumers wanted it to be more natural and healthier, with less sugar. 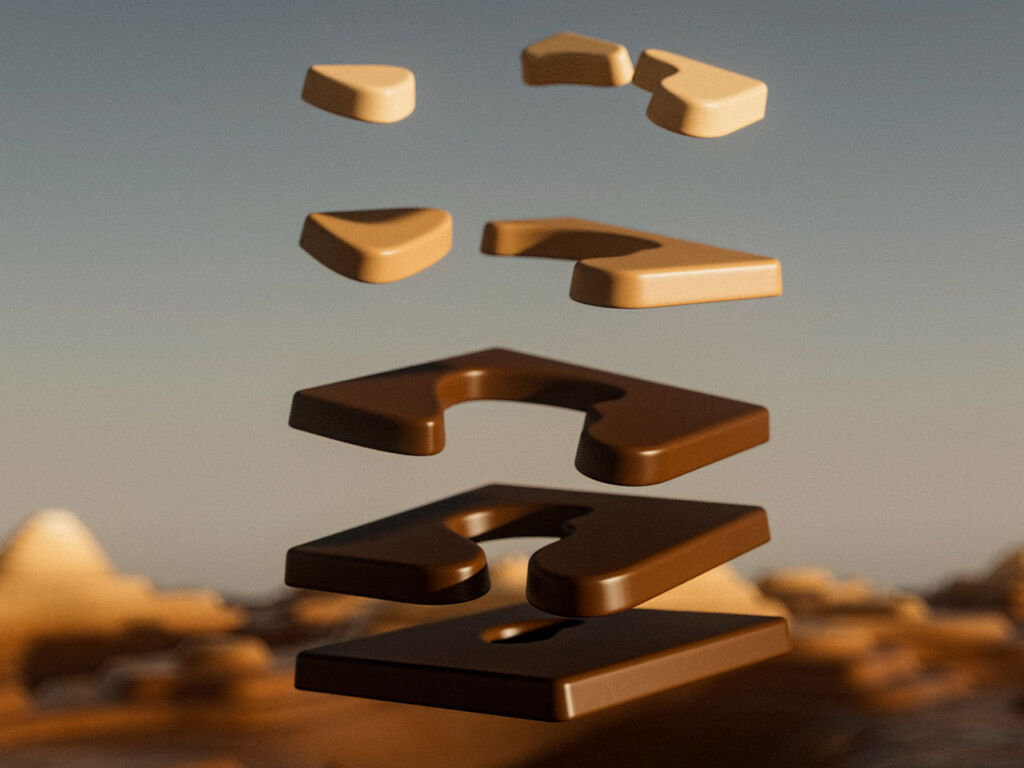 For the recipe, five chocolates, each with less sugar, were used in the healthy dream milk chocolate. Each one had a different texture and taste and was defined by impulse, craving, delight, hunger and relaxation.

The idea behind this was to ensure that new sensations would be discovered with each bite and build on top of each other. The bar designers adopted a novel and practical approach which allows each layer to be separated. 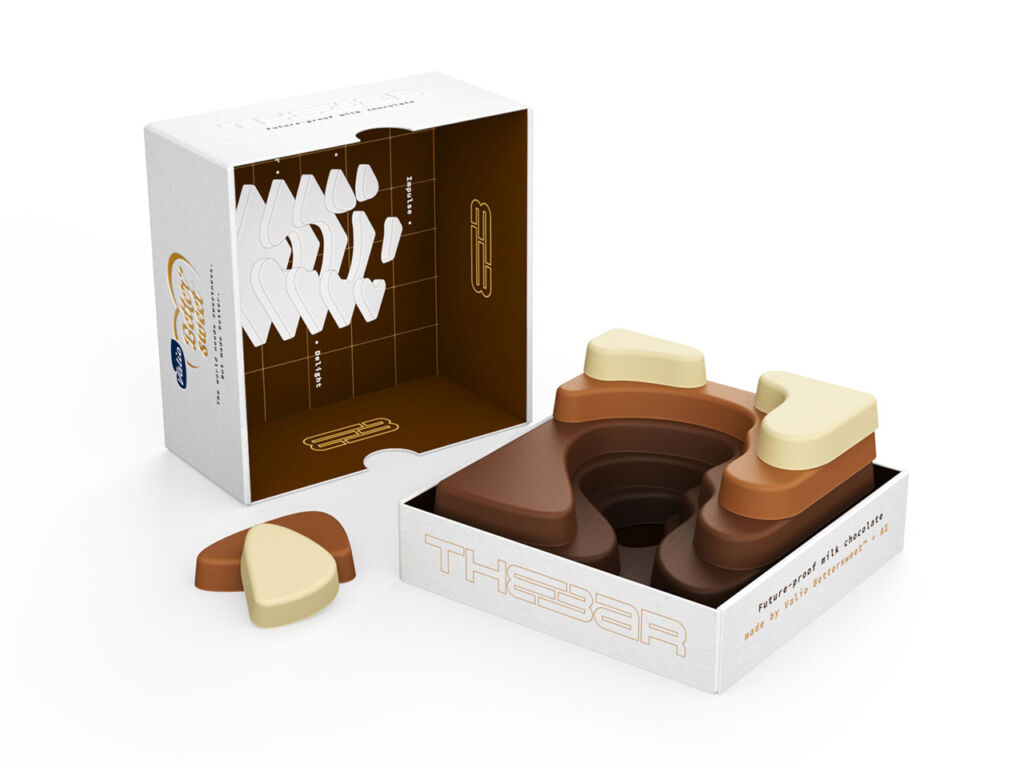 Valio wanted to answer the growing need for a healthier and more natural bar of milk chocolate. What they have created is chocolate which contains 30% less sugar without adversely impacting the taste, has the same texture and is lactose-free.

They were able to do this by using its Bettersweet™ milk powder in the recipe. The powder solution enables a natural sugar reduction in any milk chocolate product by using the proteins in milk, which reduces the need for added sugar. The milk powder solution could help chocolate manufacturers to pretty much dispense with the use of artificial sweeteners in the future.

Valio believes that the 30% sugar reduction is only the tip of the iceberg, and it is already developing solutions that could possibly eliminate adding sugar completely. 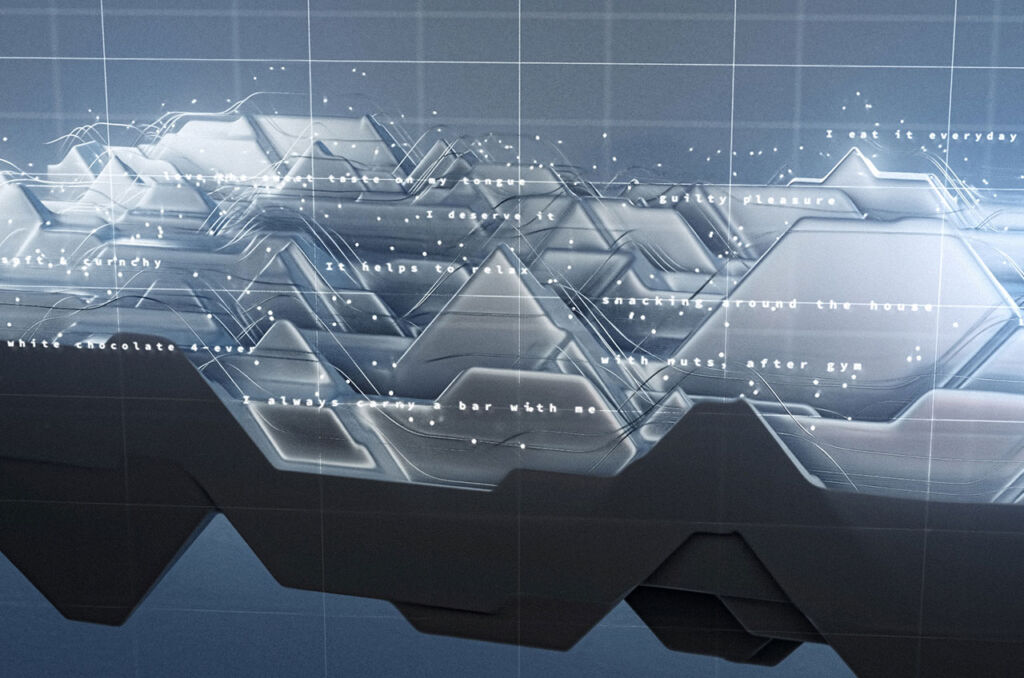