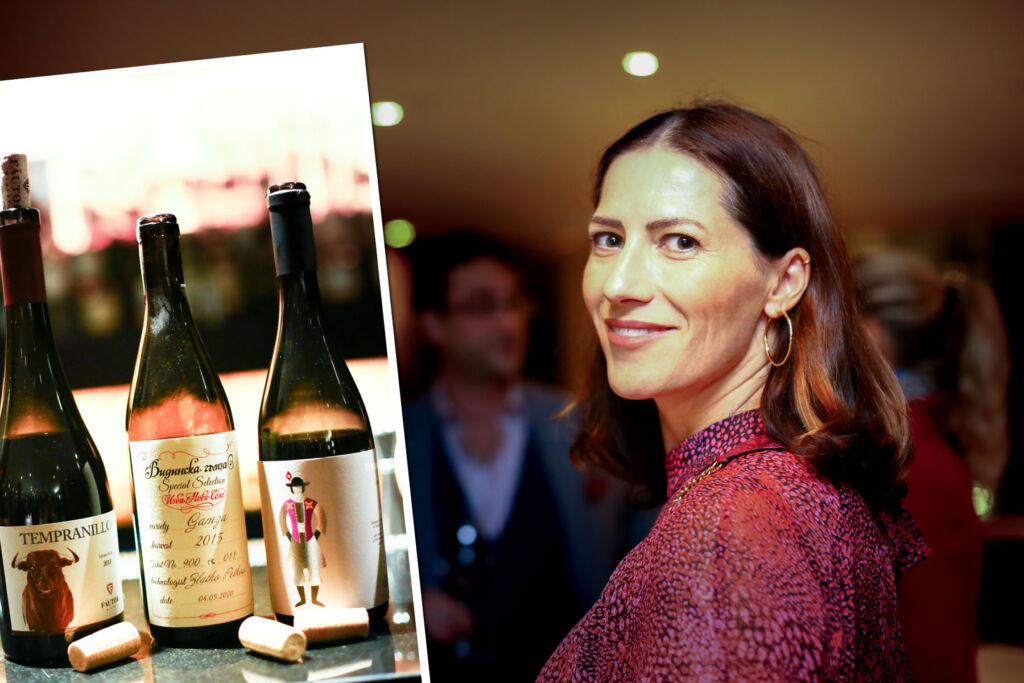 Charlotte Kan heads to Sumosan Twiga, one of London’s most renowned restaurants for the official UK launch of VIDA, the family-owned Central & Eastern European Merchants who are championing women in winemaking.

VIDA, a project of Bulgaria’s Cholakov family, was born out of their passion for Austrian, Central and Eastern European wines and their innate desire to unveil them to the rest of the world. The wine and spirits merchants recently launched in the UK and did it with great fanfare at a wine tasting and food soirée at Sumosan Twiga.

The Japanese-Italian offering of the Knightsbridge restaurant provided the perfect opportunity to pair their vast and eclectic array of products with aromatic gyozas, uber-fresh sashimi and juicy fried mozzarella balls. 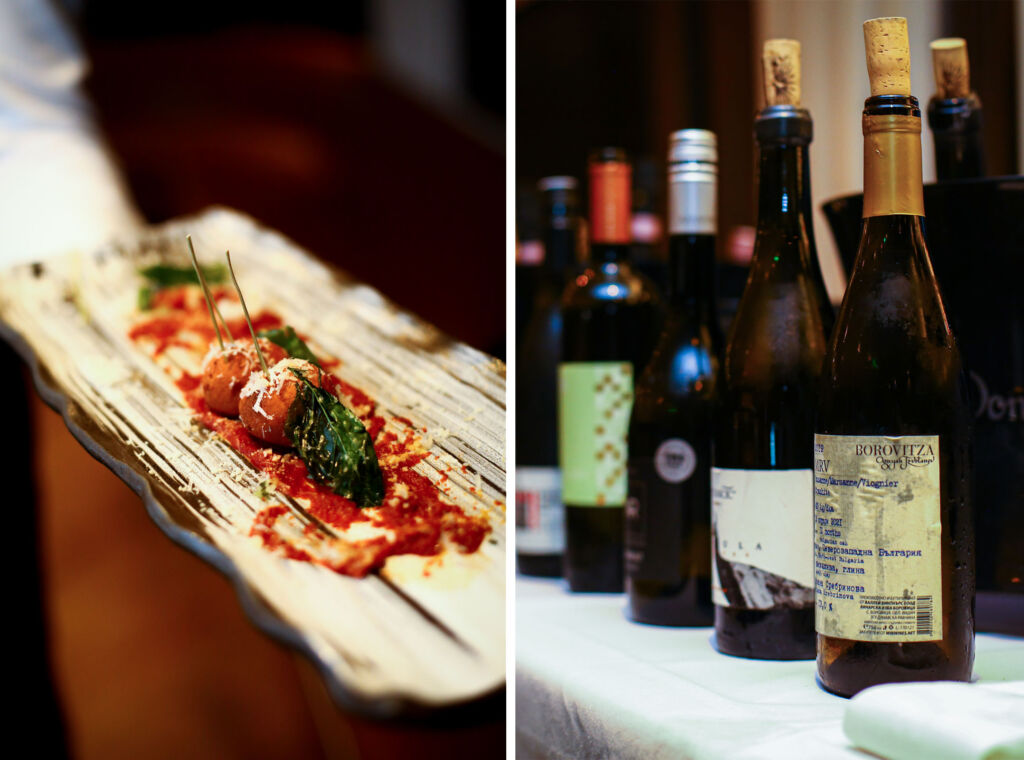 Central & Eastern European: The Forgotten Old World of wine
“It is a very exciting time for us,” said Tzvetan Neychev, Global CEO of VIDA. “We are looking forward to introducing new wines & spirits to the UK consumer through VIDA especially highlighting the quality of particularly Central & Eastern European wines which are otherwise harder to get hold of in the country.”

From the West Danube to the Black Sea, VIDA is anchored in Central and Eastern history. The company’s name was inspired by the Baba Vida medieval fortress in the North of Bulgaria. VIDA’s wine selection includes hidden gems from the country as well as Central and Eastern Europe, but the company also makes its own branded wines – the ‘VIDA exclusives’. 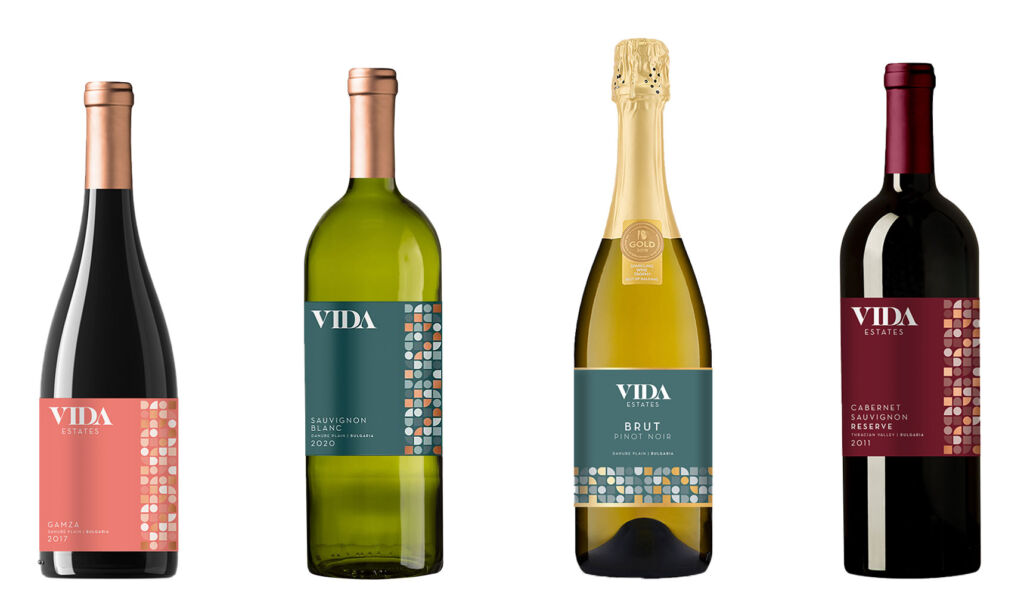 Located near the village of Gradets in Northwest Bulgaria, VIDA’s 6-hectare estate belongs to a region with a longstanding winemaking tradition due to its ideal growing conditions and a unique microclimate. VIDA’s mission is to respect the environment with a friendly, low intervention approach avoiding pesticides and herbicides. 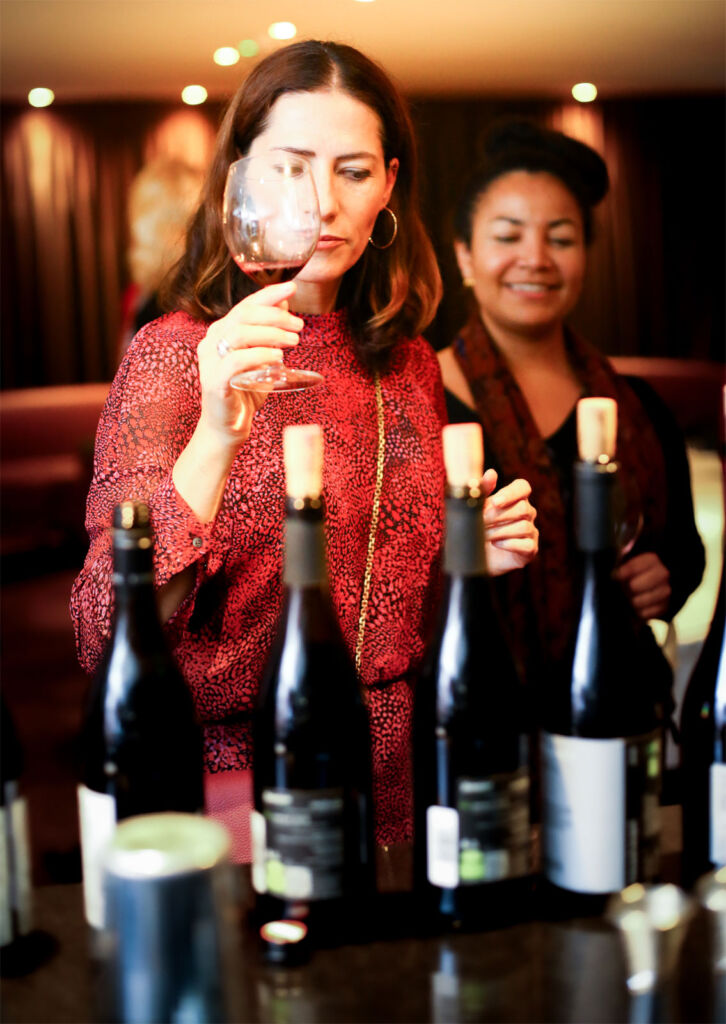 Some of its showstoppers include Kristančič Pavo Cristatus Classic Cuvee 2014 from Slovenia – a fuller-bodied style of Rebula blend. Aged four years on lees, it’s brewed flavours of baked fruit, brioche and toast.

The Karl Fritsch Riesling Mordthal 2019 is an elegant medium yellow-green colour attractive white – slightly sweet, it feels like spring in a glass, with aromas of stone fruit, yellow apple and honey blossom. Another wine of note is the award-winning Kristančič Chardonnay Fruity. Complex with fresh and with small mineral notes, it won the Silver medal at DWWA 2020.

Hail the VIDA women
At VIDA, women are largely represented throughout the business and make up half of the total employees, with a high number of female winemakers.

Aneliya Hristakieva is one of them. She is the highly awarded winemaker of the Salla Estate in Blaskovo, Bulgaria. At the winemaking helm from the start, she is credited with making the best and highest rated Bulgarian white wine in 2017. She was also one of three finalists in 2018 nominated for ‘oenologist of Bulgaria’.

The winery itself has a vision of reintroducing freshness to Bulgarian wine (as acidity was muted during the Communist years). Salla Estate doesn’t shy away from experimentation and aims for pours of precision and elegance, far beyond the ‘big & bold’ adjectives typically associated with Bulgaria.

Being a female winemaker is a tough but rewarding job that forces you to re-evaluate and adapt to the challenges of the day constantly. 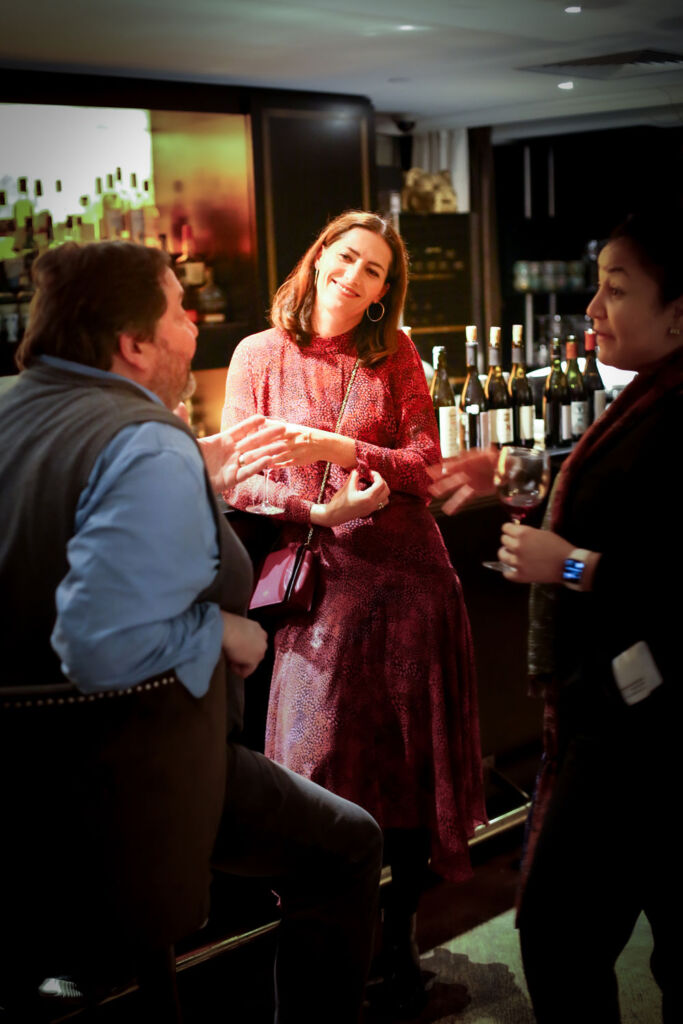 “You can’t experiment every day like in other industries; you can’t work on recipes. Every year the raw material is different, with different qualities depending on the climate conditions. There were very difficult harvests because of the rains or because of a very severe drought.”

Resilience is key, and in 2020, despite the pandemic, the estate was able to grow, thanks to the introduction of new facilities.

Being a woman in winemaking, does that change anything for her? No, but people’s passion certainly is a crucial differentiating factor. “In Bulgaria, the ‘forces’- men, women – are almost equal, and I think it has been so since time immemorial, at least since the existence of the wine ‘industry’. In this sense, it is the efforts of women and men winemakers every day that influence and changes the industry and the face of winemaking.”

Aneliya remarks that the production landscape has changed beyond recognition in the region – and that’s good news for the consumers. “In the last 15-20 years, there has been a significant change in wine production in general, and this change affects not only women but all those who work in this industry. Many new vineyards were planted, many new, small and large wine cellars were created. This greatly increased the competition and the quality of the wines produced,” she said.

For Pia Strehn, winemaker and producer of Weignut Strehn in Mittelburgenland, Austria (also known as ‘Blaufränkischland’), greater feminine influence in the industry makes it “more emotional and colourful.” 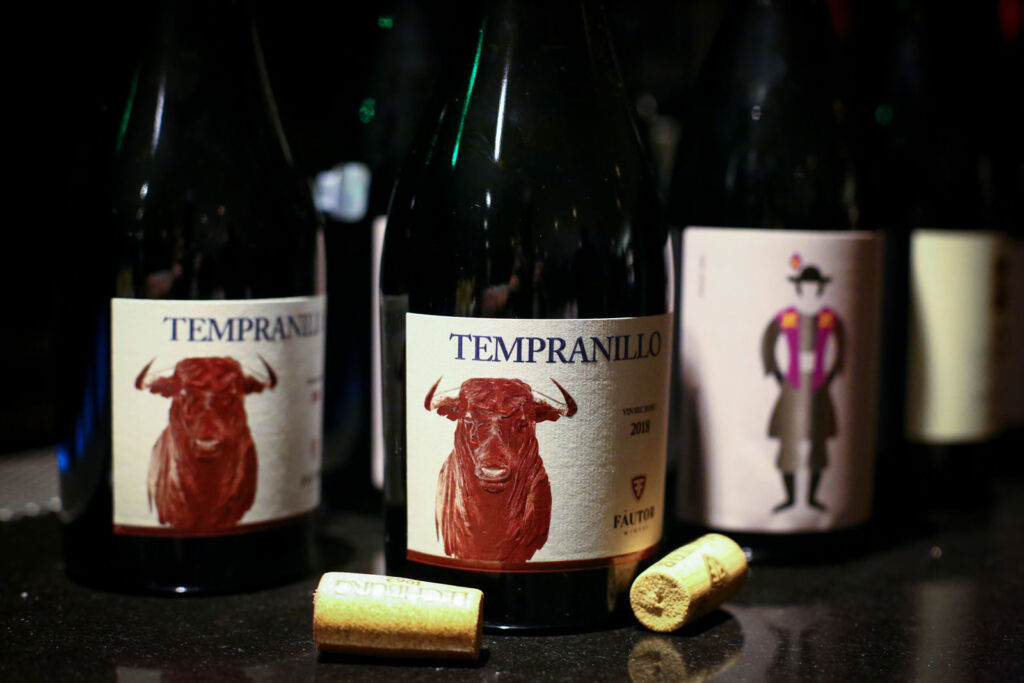 As with most winemakers, she’s not afraid of challenges, and she’s had to face a few – “Finding your own wine style, finding partners, who believe in you, do most of the production as rosé, when everybody said: ‘Are you crazy – nobody needs so much rosé!’.”

Pia’s approach is to her work is sustainable and organic. “We take care of our vineyards like children, and if you are good to them, you get the best grapes. Our wine style is sensual, intense, lush, pleasing and shows a lot of origin,” she noted. 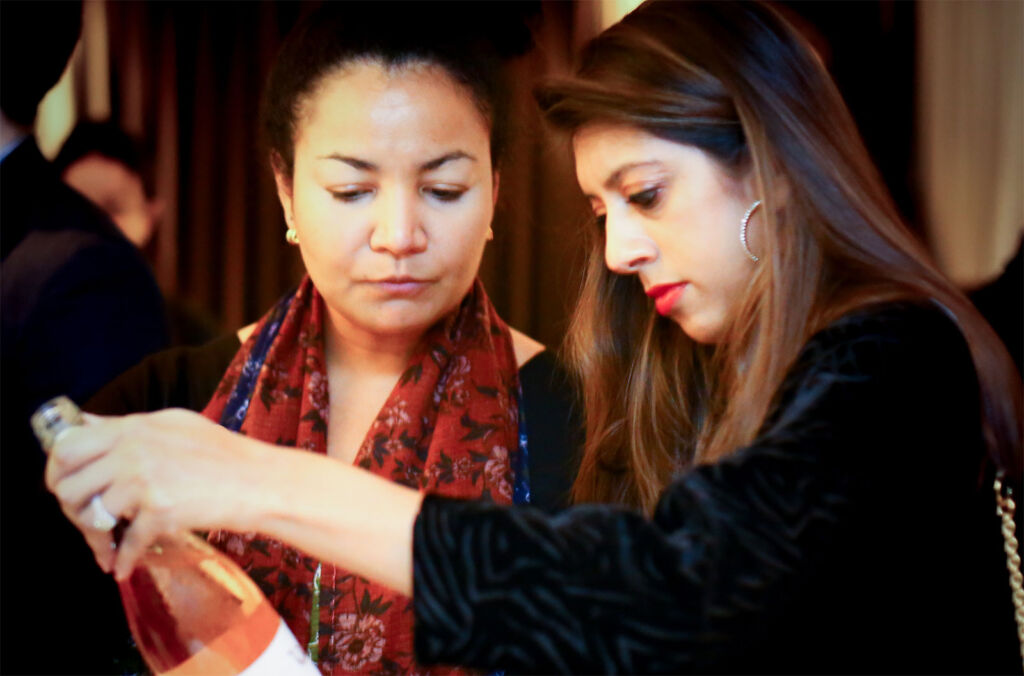 For more information on VIDA, please visit their website https://vidawines.co.uk/.