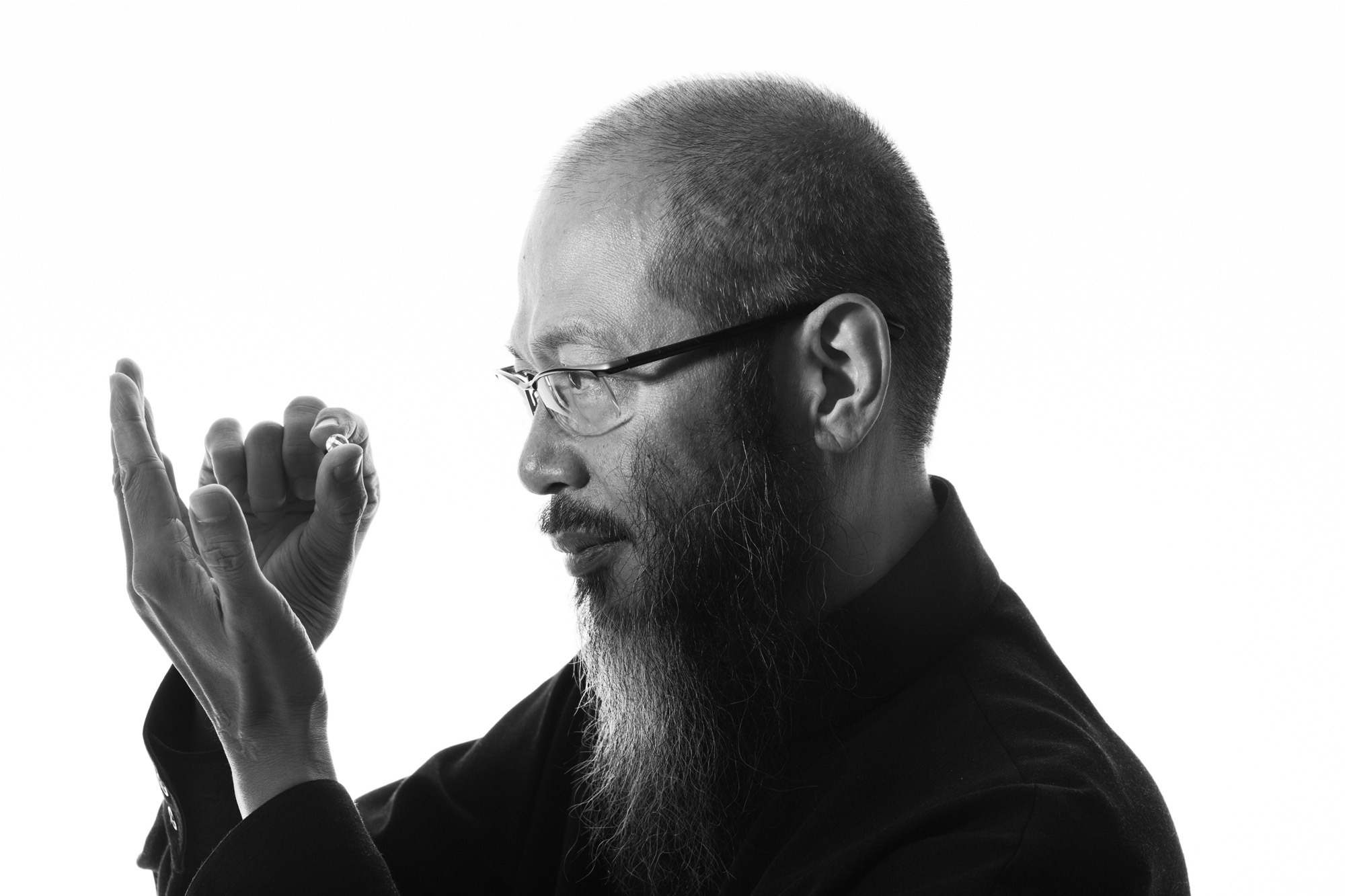 Known for his unique one-off masterpieces which are more like works of art rather than wearable jewellery pieces, Wallace Chan has literally carved a name for himself in the cut-throat world of haute joaillerie. Studying with master carvers and jewellery craftsmen during his younger years, Chan invented the Wallace Cut, a unique method of carving which creates an illusion inside the gemstone by combining medieval cameo and intaglio carving techniques into three dimension engravings. 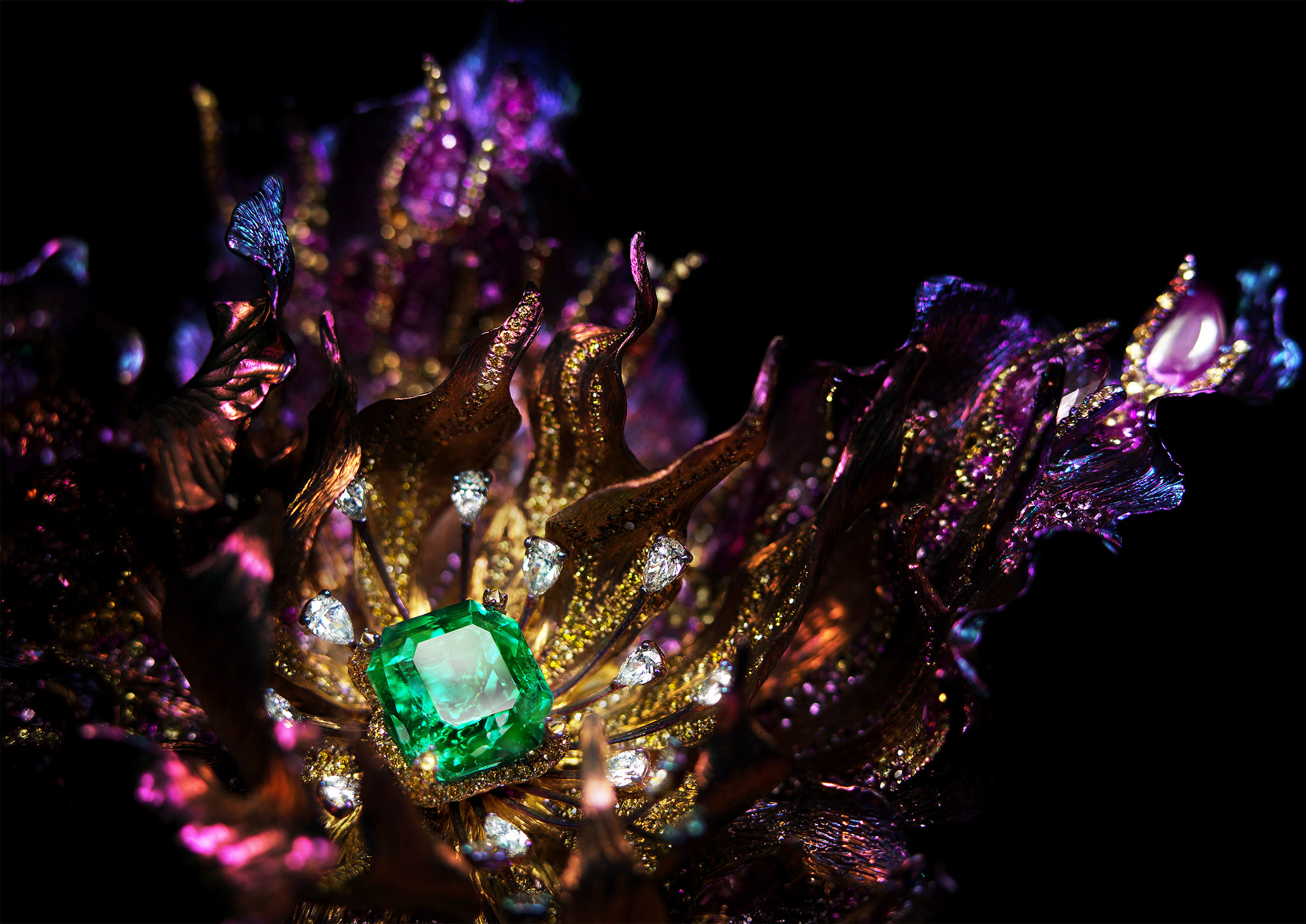 Using dental instruments to heavy machinery and Wallace Chan has experimented with various tools and techniques to achieve the quintuple image reflections which has becoming the signature of the Wallace Cut, which takes approximately 450 hours to create a Wallace Cut object which is usually in the image of Horae, a Goddess from Greek mythology. 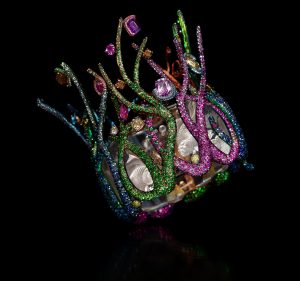 He also is credited for discovering his revolutionary Titanium Jewellery technique, which he introduced at the Baselworld in Geneva back in 2007 to much critical acclaim. His titanium jewellery weighs one-fifth the weight of gold, enables him to create bigger pieces which do not feel heavy for the wearer. Chan was the first Chinese jewellery artist ever invited to exhibit and deliver speeches at the GIA headquarters.

Wallace Chan founded his own gemstone carving workshop when he was 17 but he was stifled by the usual carvings which existed at that time in Chinese carvings. He wanted to expand his repertoire and experiment with carving Western motifs. As a sculptor, Chan turned into a jeweller because collectors of his sculptures didn’t want the smaller pieces which he carved on gemstones like aquamarine, amethyst, citrine and tourmaline. Not knowing what to do with these small carvings, he approached jewellers who snapped them up to make into pendants, brooches and rings. 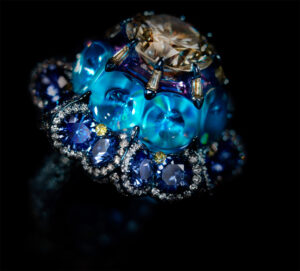 As the first and only Asian jeweller to be invited to exhibit in the prestigious Biennale des Antiquaires in Paris first in 2012, and again in 2014, master jeweller Chan has reached the pinnacle of what any artist or craftsman aspires to. His turn in the international limelight is an achievement which sees his dazzling jewellery pieces exhibited alongside other esteemed and storied Haute Joaillerie houses such as Bulgari, Chaumet, Cartier, David Morris and Van Cleef & Arpels. His jewellery is highly sought –after by jewellery connoisseurs and collectors as well as by Christie’s and Sotheby’s who regularly auction his creations to collectors. 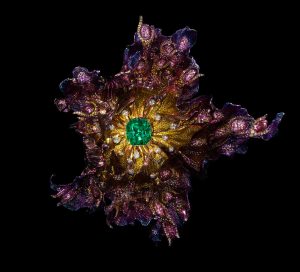 Chan will also be the first Chinese jewellery designer to exhibit at the upcoming TEFAF (The European Fine Art Fair) in March 2016. He will present his jewellery creations, glass carvings and large-scale titanium sculptures, sharing with international collectors his creative path from the traditional to the contemporary and from the East to the West. As the world’s leading art fair where participants are admitted only after a rigorous selection process, it’s both a privilege and honour for Chan to showcase his unique jewellery pieces to an audience which include seasoned collectors, scholars, museums and gallery owners who consider TEFAF as a must-go event on their calendar.

Wallace Chan – Where and how 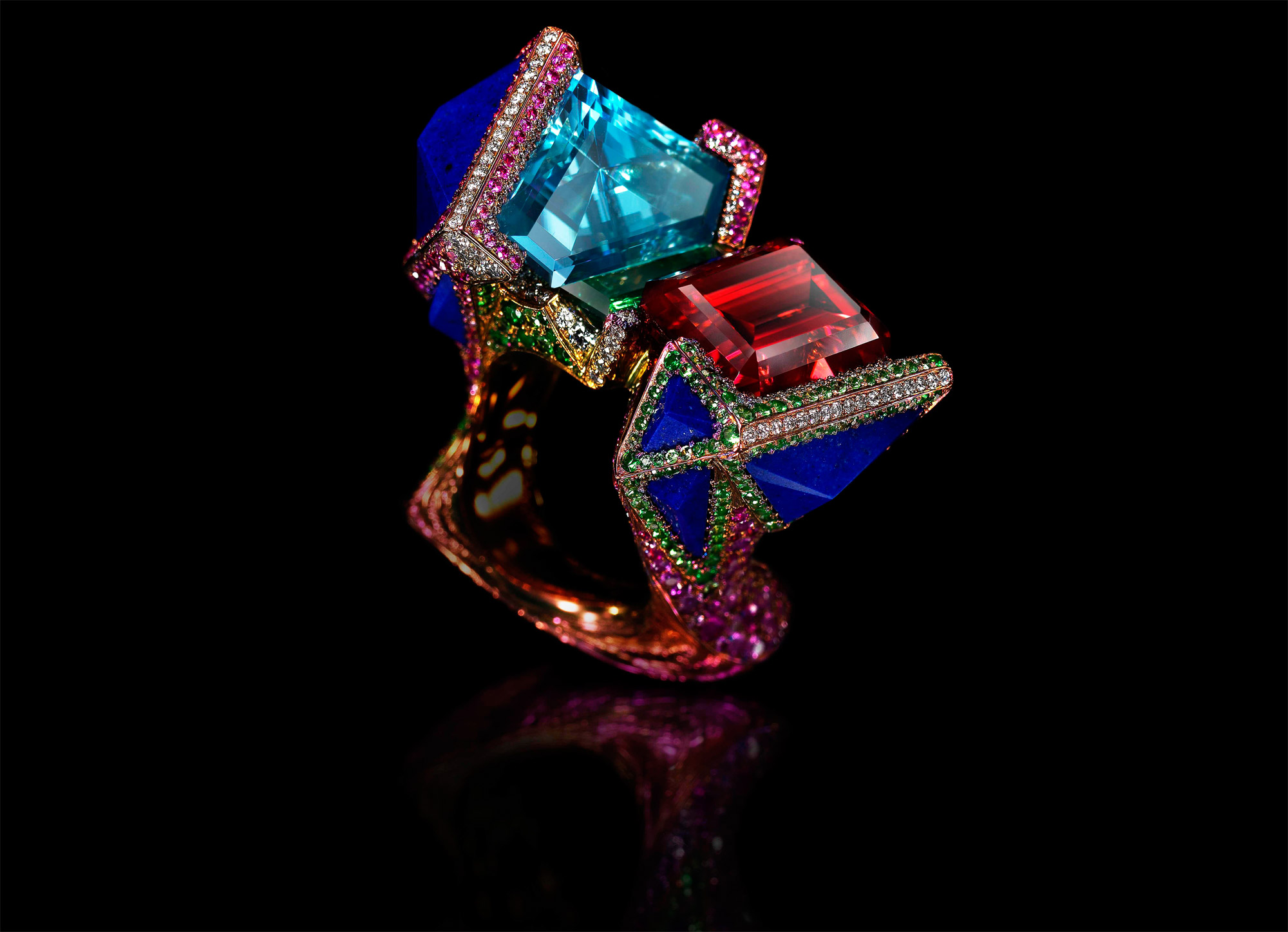