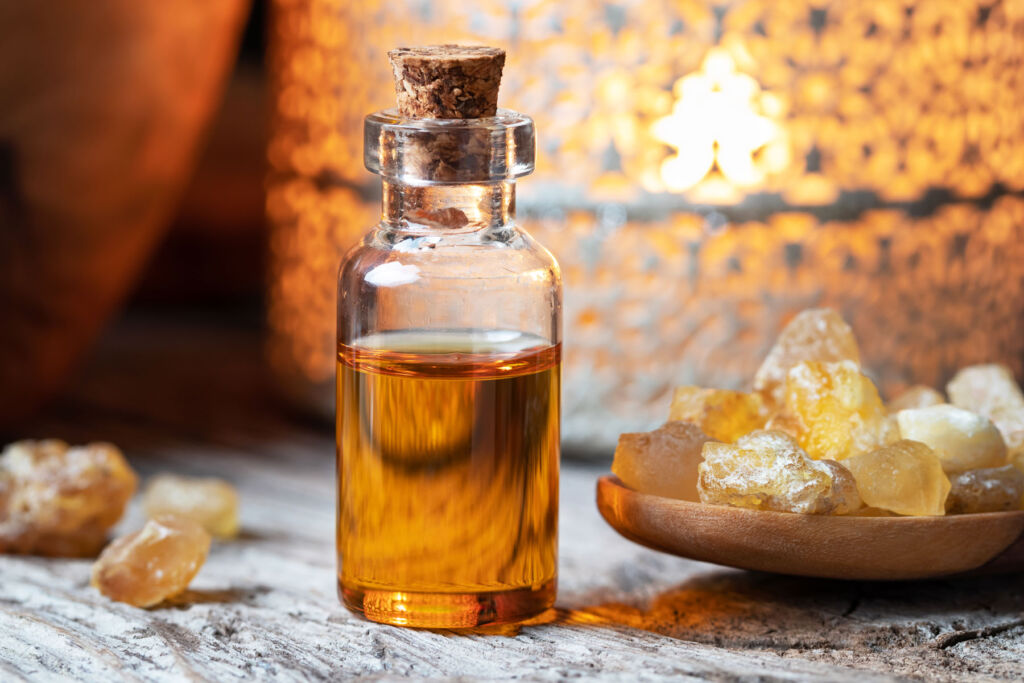 We’re at that time of year when Frankincense will frequently be mentioned. But, ask the average person on the street, “What is Frankincense?” and the most likely answer will be, “One of the gifts given by the three Wise Men.” If you press the person and ask them to tell you what it actually is, you’re likely to get little more than head-scratching and silence. 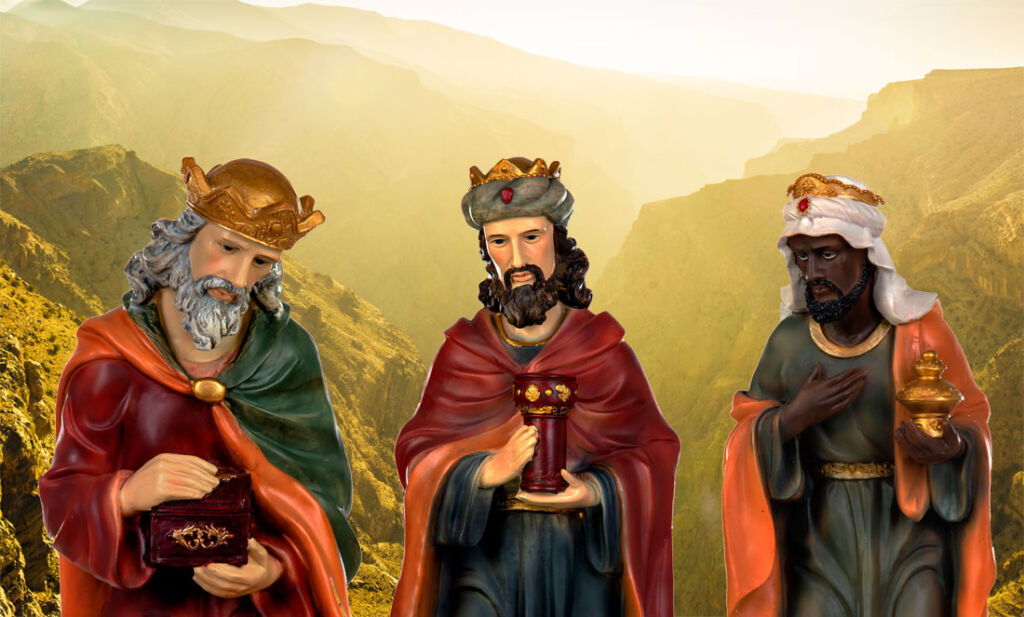 Of the three gifts, it is doubtful that anyone will not know what gold is; however, the other two, Myrrh and Frankincense, although known by their name, will be a mystery to all but a few. In this feature, I will be revealing what both are, primarily focusing on Frankincense, and what follows will clearly show the incredible wisdom the Kings were blessed with.

What is Frankincense?
When I asked a few of my friends this question, I was greeted by all manner of suggestions, including textiles,  a hallucinogen and a date-like fruit. However, one person (similar in age to me) did come close when they said they thought it could be a type of oil. Frankincense can indeed be made into an oil, but that is not its most recognisable form. It is a hard resin that comes from trees of the genus Boswellia in the family Burseraceae and is generally sold in that form.

From about the age of eight, Boswellia trees start to produce the resin, which is obtained by scraping an opening (known as tapping), which is less than 1 inch in size. From the opening, the resin begins to ooze. The resin then dries and hardens naturally on the tree’s trunk and, after a few weeks, can be removed and taken to market. 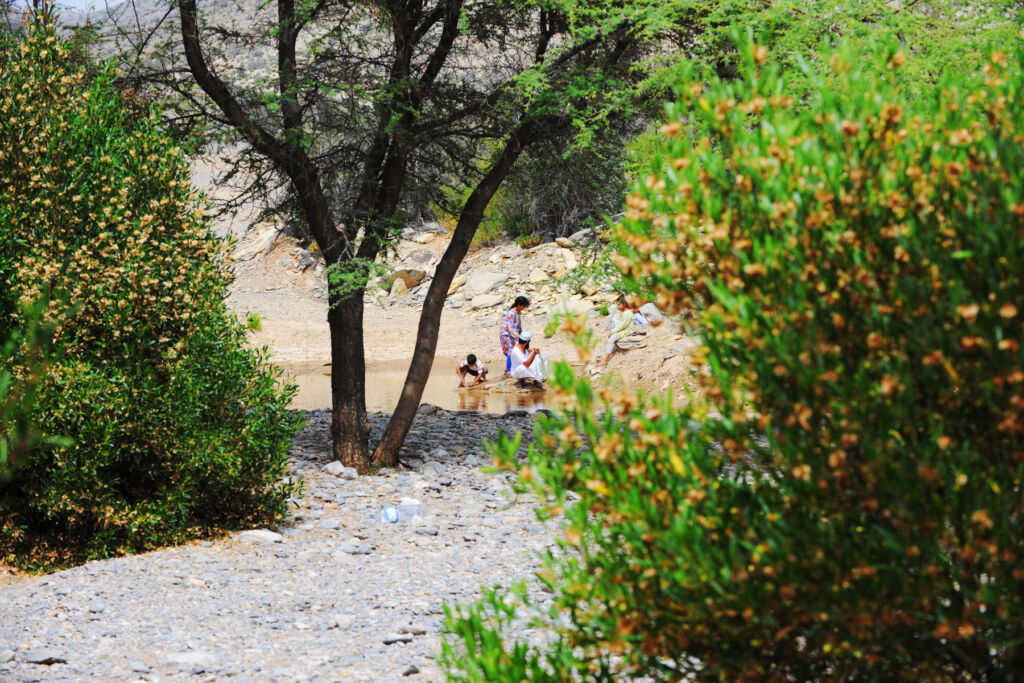 A long history
Frankincense has been cultivated for thousands of years, with historical sources mentioning the process as far back as 1500 BC. Nowadays, sustainability is at the forefront of farmers’ minds, and tapping is generally restricted to two or three times a year. The tapping is spaced out to allow the trees sufficient time to recover. However, it is a learned art and needs to be done carefully, as over-exploitation of the trees does restrict seed germination. 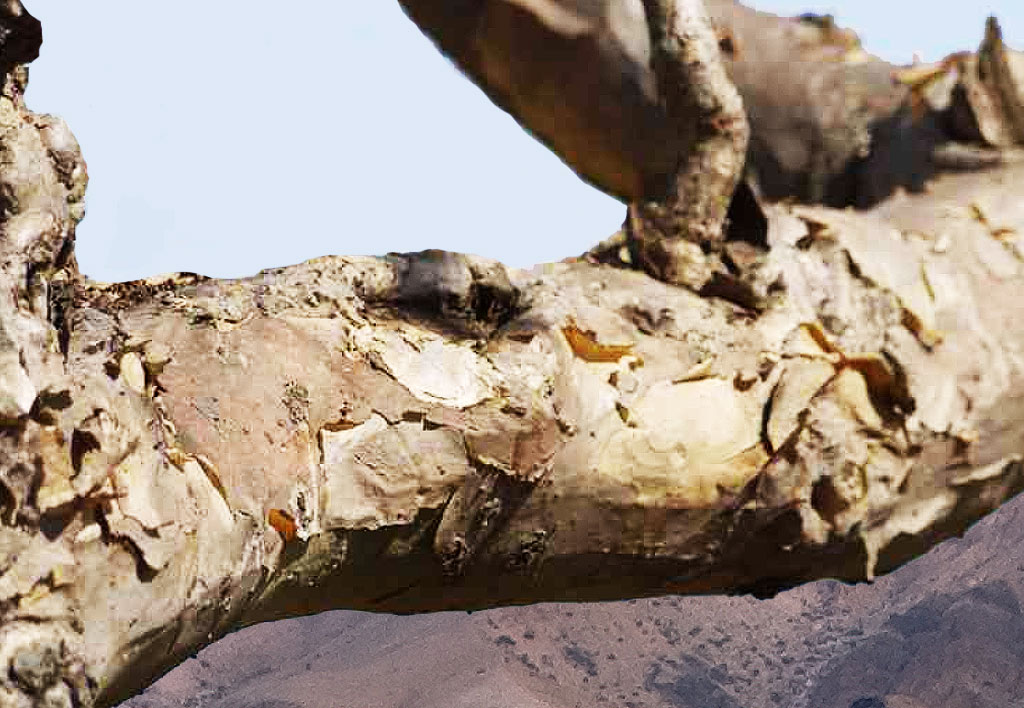 What do you do with it?
The clue to its most common use is contained within its name. The resin rocks are a form of incense that, when burnt over coals, releases a beautiful aroma. A common use for it is in religious ceremonies, with the Catholic Church being one of its primary users.

In addition to its incredible fragrance, its also been used to smooth and oil hair; its soot residue has been used for eye makeup and body art, and it can even make one’s breath smell better, which we will come to later. 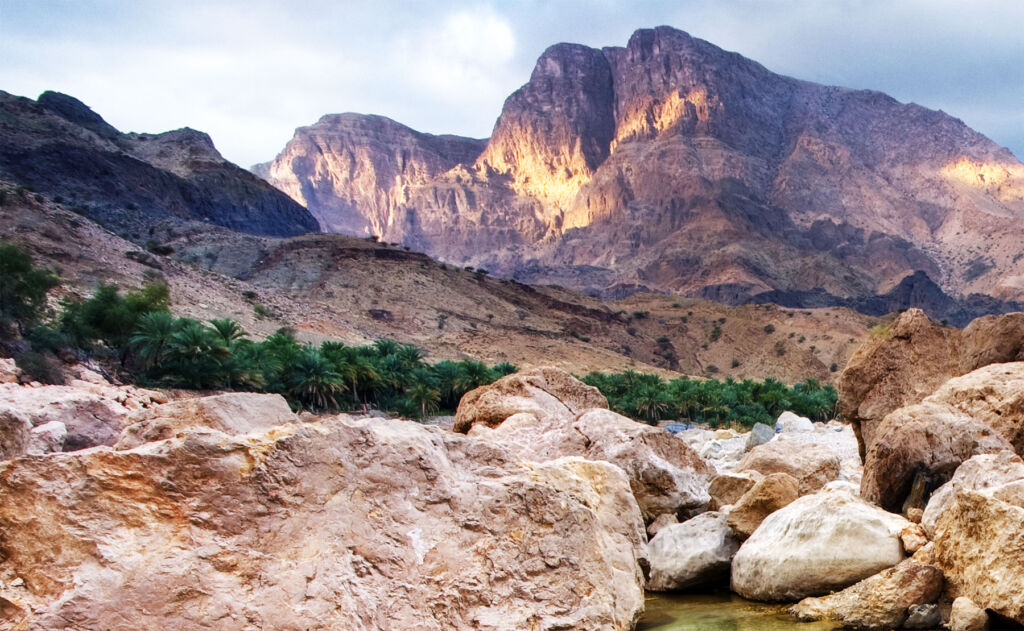 Where is the best place to find it?
There are five main species of “Frankincense tree”. The type of Frankincense mentioned in the bible is called Olibanum, also known as Dragon’s Blood which is primarily found in Oman.

If you want to find the highest-grade resins, you should head to Oman’s Dhofar Valley, a lush green oasis that is fed by monsoon rains. The best quality resins can be found here after the summer rains, and the two highest grades are named Hojari and Silver, which are found nowhere else in the world.

Another place to see it in its natural form is the Land of Frankincense in Oman. Here, you will find the Boswellia trees and the remains of a historical caravan oasis. It sits on the aptly named Incense Trade Route that stretches from Mediterranean ports through Northeastern Africa, Arabia, India and beyond.

The trade route, which encompasses land and sea, served as a significant channel for the trading of precious stones, gold, pearls, textiles, spices, Arabian Frankincense and Myrrh, amongst other things. 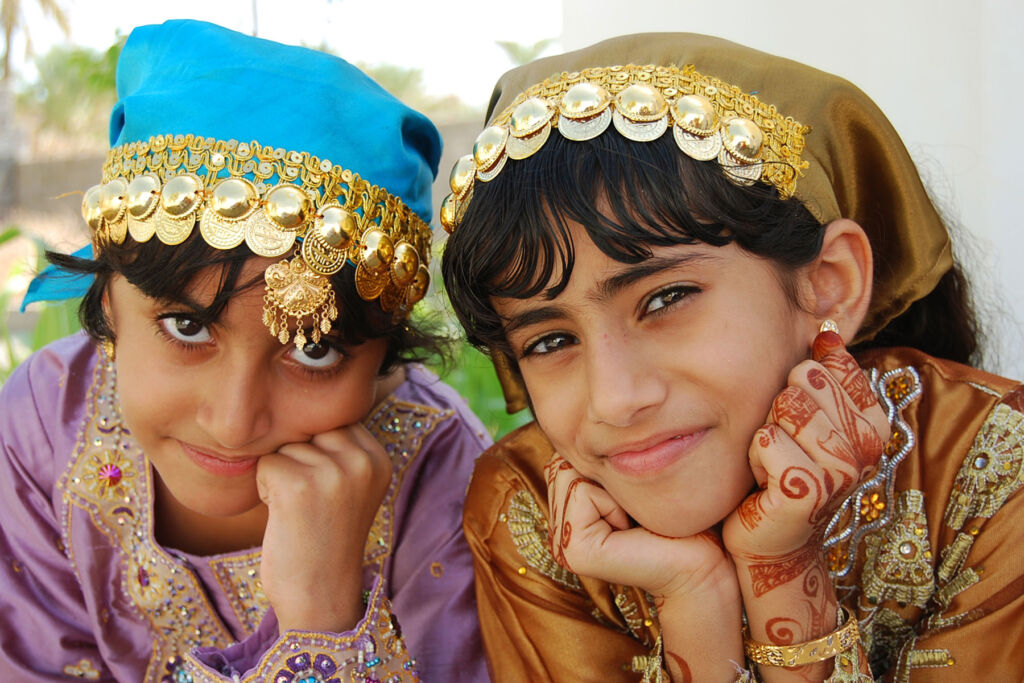 The health benefits associated with Frankincense
Now that we’ve answered the question “What is Frankincense?”, we should look into why the King of Sheba felt it was worthy of gifting to Jesus. Frankincense is a core component of traditional Ayurvedic medicine, and studies have found that it could offer a wide range of benefits to one’s health. Below are some of the ways research has found it can help in prove one’s well-being:

Asthma
For centuries Frankincense has been used to help treat bronchitis and asthma. It does this by preventing the production of leukotrienes, fatty immune system chemicals that cause the bronchial muscles to constrict. In 2015, the European Review for Medical and Pharmacological Sciences picked 32 patients with a mean age of 45.8 years to participate in a study. The results showed that treatment with a bioavailable delivery form of Boswellia serrata extract (Casperome®) helped to reduce the need for inhalation therapy for asthmatics.

Oral Health
The Boswellic acids in Frankincense are said to have strong antibacterial properties that could help fight oral infections, prevent gum disease and improve oral hygiene. A study by the Science College, Taif University, KSA, asked the participants to chew some gum that contained Frankincense for five hours. After this, saliva samples were taken, showing a microbe number reduction. You can read the study here.

The Gut
We frequently write that two of the key aspects to a better, healthier life are looking after the brain and the gut, and it is the gut where Frankincense can help. It has anti-inflammatory properties and, when combined with certain herbal medicines, can help with reducing abdominal pains and bloating. In addition, studies have found that it can improve IBS symptoms and inflammatory gut conditions.

Arthritis
Frankincense’s anti-inflammatory properties are not only helpful to the gut, but it could also help to reduce joint inflammation caused by Arthritis. A 2018 study published in ScienceDirect focused on Knee Osteoarthritis and sought to discover if Boswellia formulations could moderate key inflammatory pathways associated with worsening symptoms and disease progression. It found that both curcuminoid and Boswellia formulations were statistically significantly more effective than placebo for pain relief and functional improvement. You can read the abstract of the study here.

Wounds
Frankincense in oil form is said to have antiseptic properties, which, when applied to cuts, burns and abrasions, could help to speed up the healing process. In addition, the application of the oil to existing scars could help them slowly fade over time. 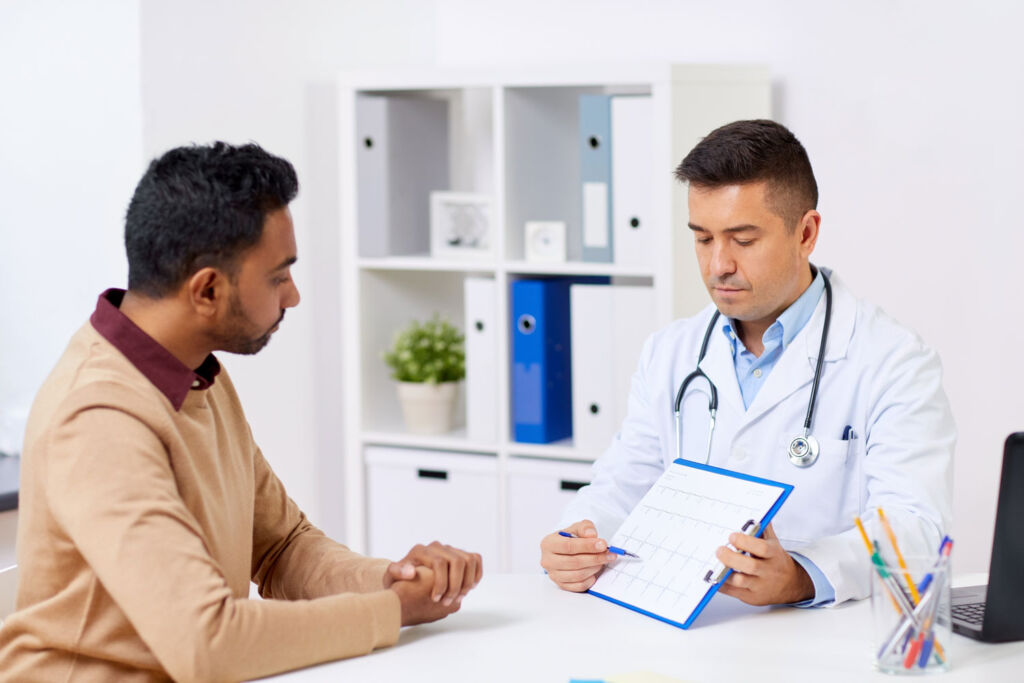 Cancer?
We were unsure whether to include this health benefit because, as far as we know, there is no actual cure for cancer. There have been numerous studies into Boswellic acids, and they have found that they could help to prevent cancer cells from spreading and could help limit cancer growth. You can learn more about this here.

My Final thoughts
The three wise men, Balthazar, Melchior and Gaspar (the biblical Magi), certainly knew a thing or two, in many ways, more than their modern-day equivalents. Their gifts of Gold, Frankincense and Myrhh were all offered with wisdom and thought, and sadly, all three of these items have taken somewhat of a backseat in the modern-day global culture.

Today, Gold is no longer the primary backbone of valuing one’s financial wealth. The good news is that some aspects of history are yet to be erased, and a fantastic reminder of how important it has been in helping to establish cultures can be seen at the 2023 exhibition at L’ÉCOLE School of Jewelry Arts Paris. 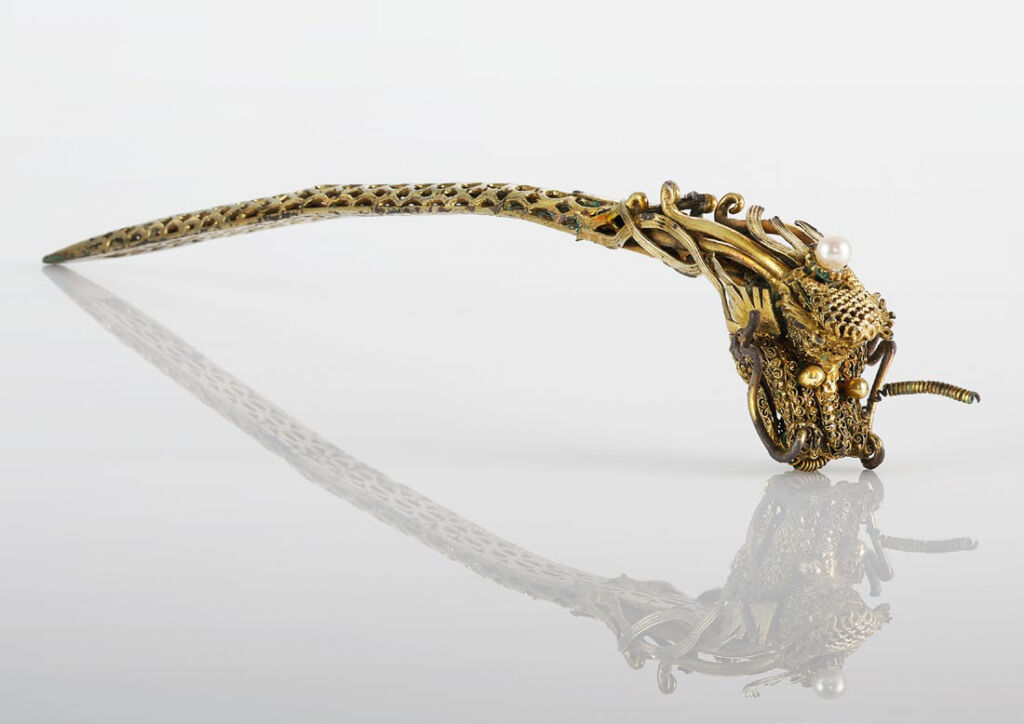 However, the enormous debt weighing down on some countries’ economies could see some significant changes, and there is a chance that Gold could once again become the benchmark of wealth if some financial experts are to be believed.

At the same time, there are others equally adept in financial matters who are quite sure that wealth in the near term will consist of little more than computer bytes created by a touch of a button that can be removed in much the same way. It’s hard to see how this will be a more positive solution for the world. 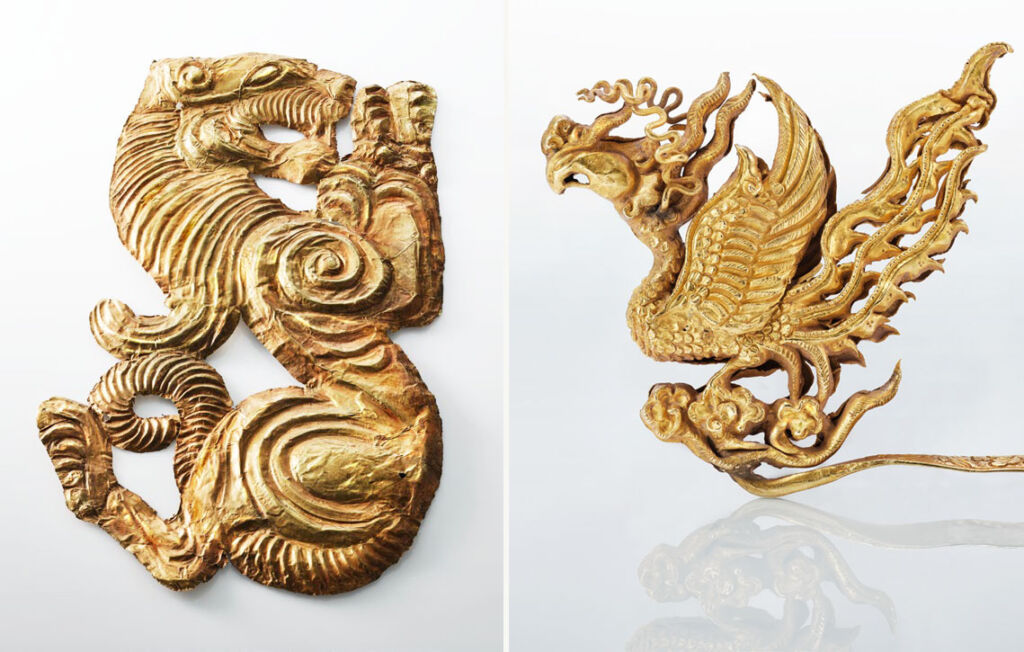 The two other gifts, Frankincense and Myrrh, are, to many, even more valuable than Gold as they increase well-being and improve one’s health.

The mystery of Myrrh
Rather than keep readers waiting with bated breath, Myrrh is very similar to Frankincense. It is a gum resin that is extracted from a tree called Commiphora myrrha and is also used as medicine, perfume and as incense.

For millennia, Frankincense and Myrrh have been prized for their ability to cure ailments and disease, unlike many medications given to us in current times, which are designed to do little more than alleviate symptoms and produce ongoing revenue streams for large pharmaceutical companies.

The world needs to embrace the past rather than trying to delete or alter it to make space pale imitations of what has already been discovered in the relentless pursuit of “filthy lucre”.

As a fan of the natural world, I am in two minds about whether Frankincense and Myrhh will join my holistic medicine cabinet, as I do have very slight reservations about the sustainable aspect of cultivating these two historical natural treasures. Although my research has shown me the time-honoured care and attention that goes into cultivating the resins, for my own peace of mind, it is something I will need to investigate in more detail in the future.

Frankincense is much more than just a word to be uttered at Christmastime, and I hope that the above has given you insight into why it is something to be used all year round, providing it is obtained in the most sustainable way.

The best place in the world to experience and obtain the finest Frankincense is the country of Oman and if you want to know more about it, visit https://visitoman.om/.

Win one of 128 dream holidays for two with VisitOman 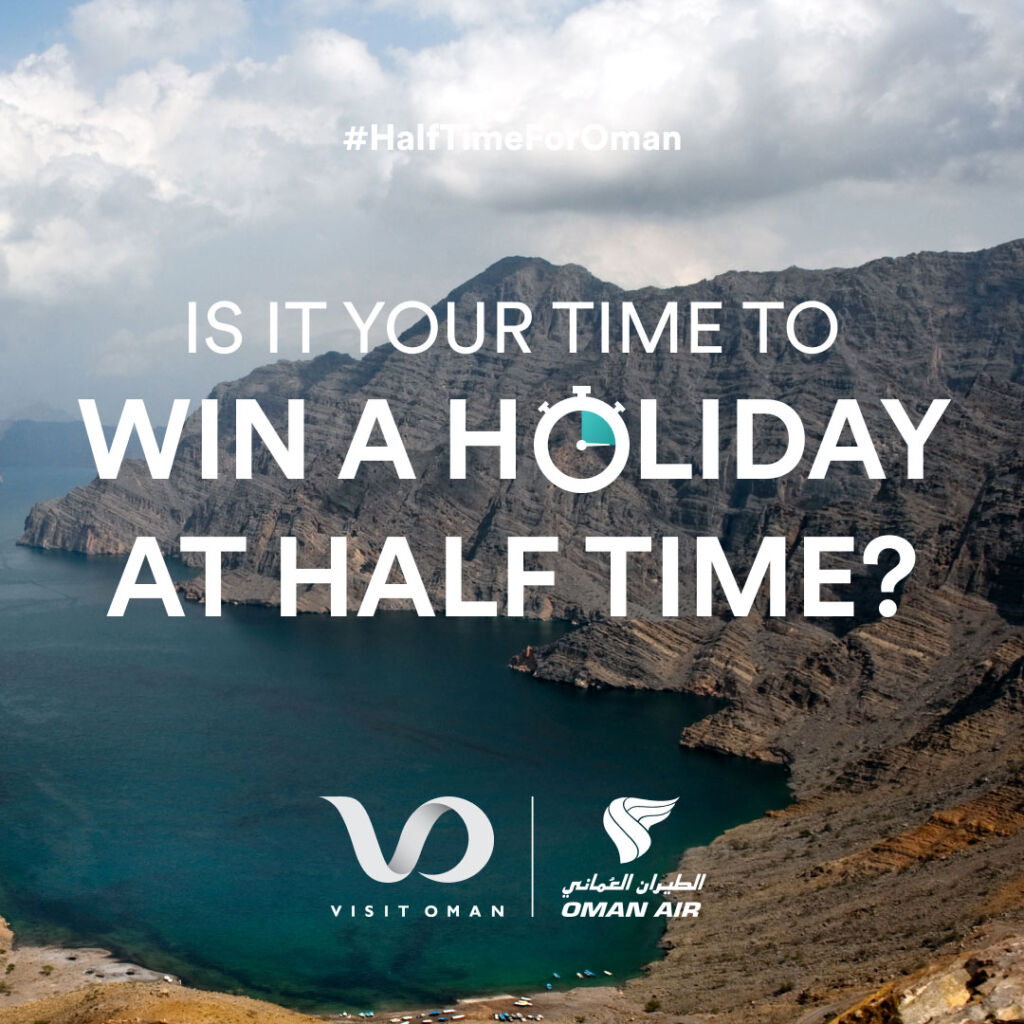 To celebrate the football World Cup being held in the Middle East for the first time, Visit Oman is giving away 128 holidays throughout the tournament, which is an ideal opportunity to learn about Frankincense and the country’s culture and customs.

During half-time of every World Cup match, individuals will have the opportunity to enter the #HalfTimeForOman, a competition where two holidays be given away each half-time break. The 256 holidaymakers will enjoy a seven-night stay in Oman for an unforgettable break.

Individuals can enter the #HalfTimeForOman holiday competition on social media (@VisitOman_om Instagram) by telling them in their own words what a break of a lifetime in Oman would mean to them and someone they love. The winners will be announced daily.