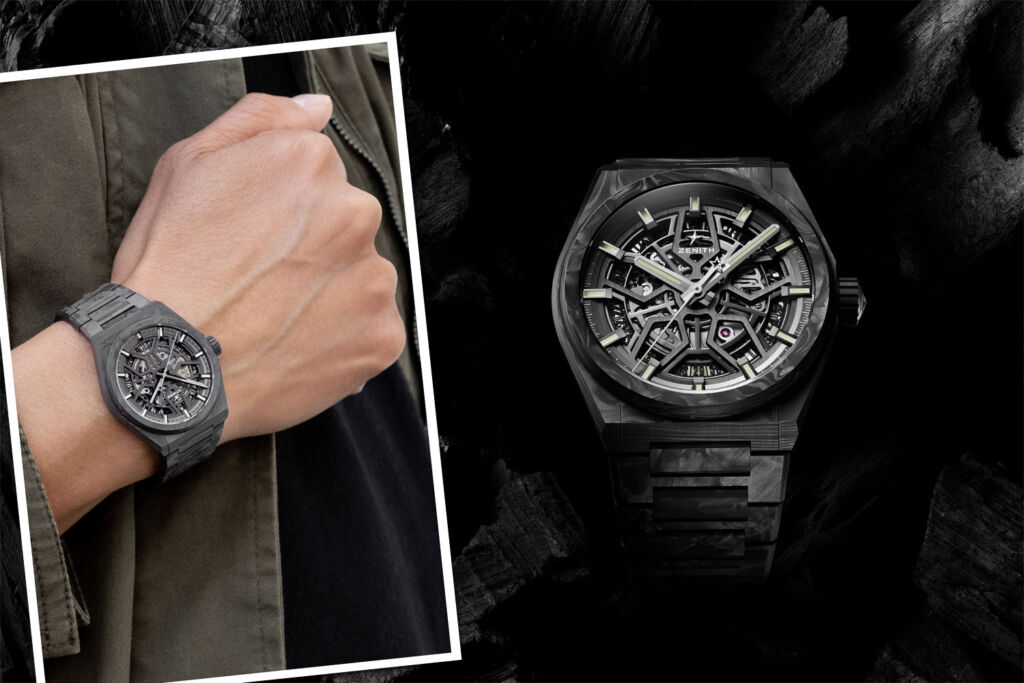 Ever since Zenith was established in 1865 by George Favre-Jacot, this legendary Swiss watch brand has been at the forefront of innovation and pioneering techniques in watchmaking.

Louis Blériot made history by being the first to fly across the English Channel back in 1909 in an aeroplane sporting a Zenith watch on his wrist. More than a century later, Felix Baumgartner jumped from the edge of space again with a Zenith watch on his wrist reaching a record speed of 1,342 km an hour; Zenith has been a game-changer in every definition of the word.

Today, Zenith breaks records again with the introduction of a new model – the Defy Classic Carbon. Modern in aesthetic and light in weight, this stunning new timepiece has an ergonomic solid carbon bracelet attached to an automatic watch weighing a mere 65 grams in total, a technological feat in itself. 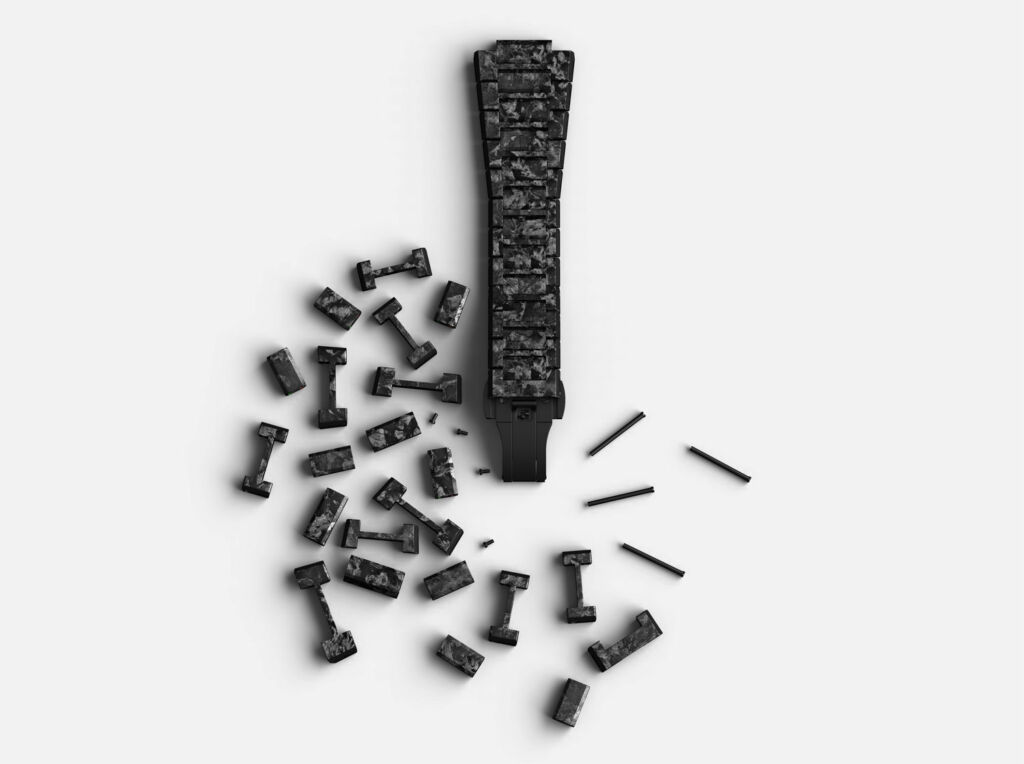 In a first for an automatic watch, carbon fibre was chosen as the choice material due to its combination of lightness and durability as well as its edgy appearance and modern demeanour. Up to now, the use of carbon has quite limited in watchmaking, especially its usage in the bracelet.

With Zenith’s Defy Classic Carbon, the eye-catching solid carbon bracelet is an unprecedented technical feat which required a completely new set of manufacturing know-how. Weighing just 65 grams including the carbon bracelet and titanium clasp, this new model is around half as the equivalent Defy Classic model in titanium with a bracelet in the same material.

Silky and smooth to the touch, it is easy to forget that the new Defy Classic Carbon timepiece is on your wrists while wearing it, making it ideal for those who want as little baggage as possible when it comes to their possessions. 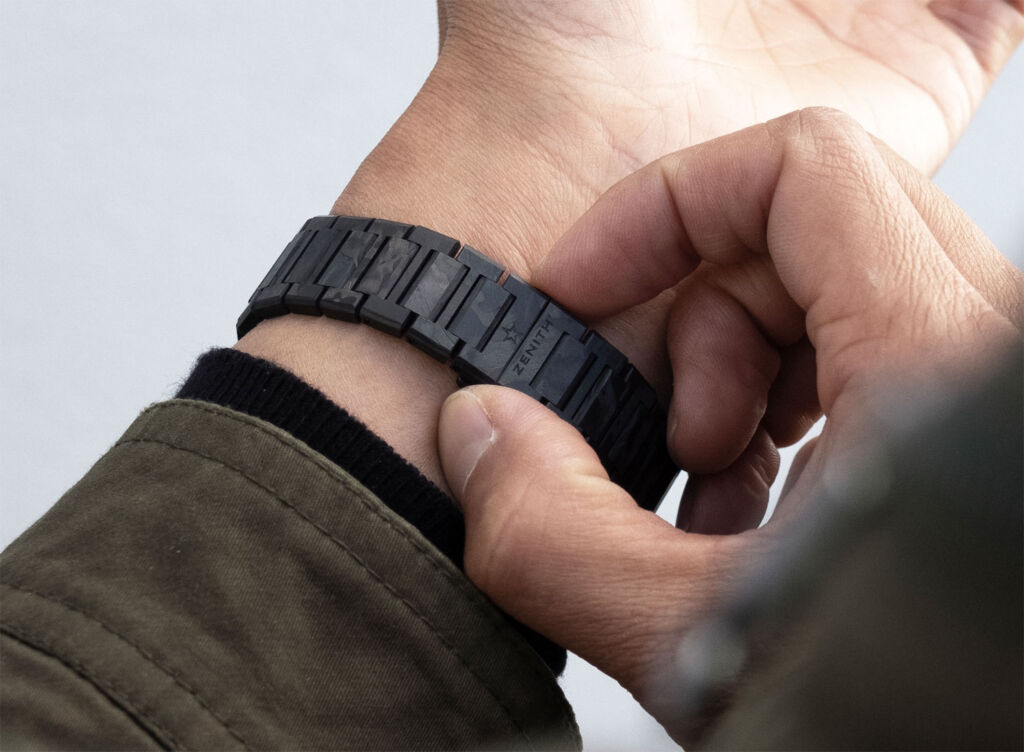 Following the silhouette of the Defy Classic case, each link in the bracelet is a solid piece of carbon fibre which is moulded and milled with precision in such a way that it showcases the layers of the carbon fibre. And because the pattern created by this layering of carbon is unique each time, no two watches will ever appear to look the same, making each timepiece as unique and individual as its owner.

And for those who prefer the contrast of the carbon fibre against the strap, the Defy Classic Carbon is also available with a black rubber Cordura-effect strap with a carbon and titanium folding buckle. 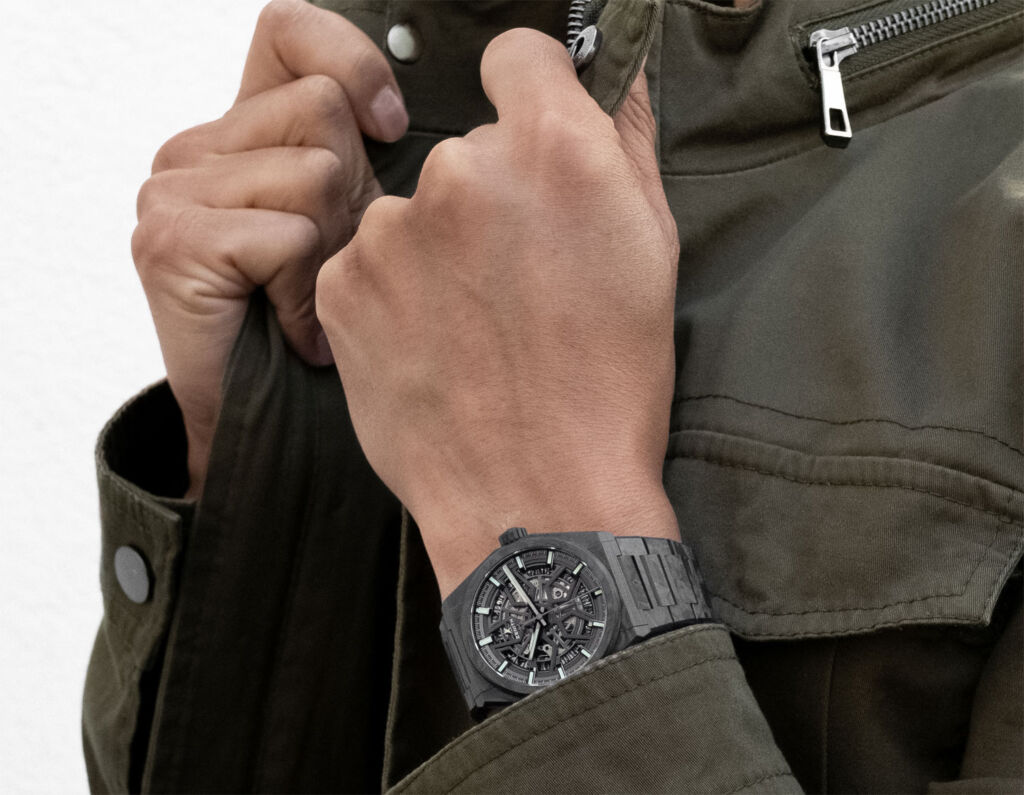 With the quintessential automatic movement and an Elite in-house manufactured and developed calibre, the Defy Classic Carbon watch has a power reserve of 50 hours with its automatic winding mechanism while the skeleton design creates an allure for watch connoisseurs who love complications.

Highlighted by an open dial with a star-shaped motif, its dark treatment was made possible by ruthenium while the bright green Super-LumiNova on the blackened hands and hour markers makes it visible in low light conditions.