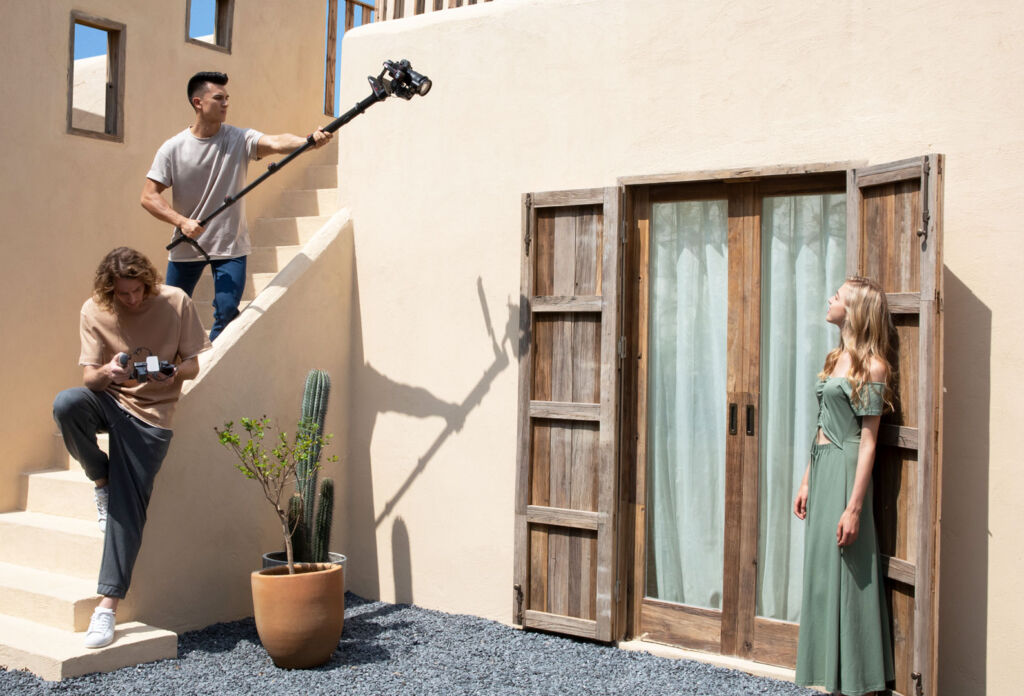 Nowadays, almost everyone thinks they are an expert when it comes to shooting videos. Technology has indeed narrowed the gap slightly between professional and homemade footage. However, the amateurs still need something extra to bridge the gap, and Zhiyun’s Weebill S Gimbal, specifically designed for DSLR cameras, could be the answer.

Shooting gorgeous video isn’t always as simple as hitting the record button, and off you go. The gulf between videos made by a professional and what an amateur produces, is in real-world terms vast. The shortcut for non-professionals is in being able to create something that, to the untrained eye, looks similar, and this is where a product such as the Zhiyun Weebill S Gimbal comes to the forefront.

Nowadays, the majority of amateurs choose to shoot video via their phones, and Zhiyun has numerous products to cater for them. However, there are still many people who’ve invested a considerable amount of money in a top-quality DSLR camera setup and prefer to use this type of equipment to shoot video.

The advantages of shooting video with a DSLR
Shooting video using a mobile phone is convenient and straightforward. However, it does have its drawbacks. For starters, filming someone with a mobile phone comes across as rather amateurish; however, a DSLR is far closer in many people’s eyes to what a broadcaster would use when combined with the right equipment.

Another significant advantage a DSLR camera has over a mobile phone camera is the choice of lenses available. A DSLR can utilise 100s, if not 1000s of different lenses, each designed for a specific situation. Although the software on mobile phones is excellent, there is still a massive gulf between what the two types of products can achieve. 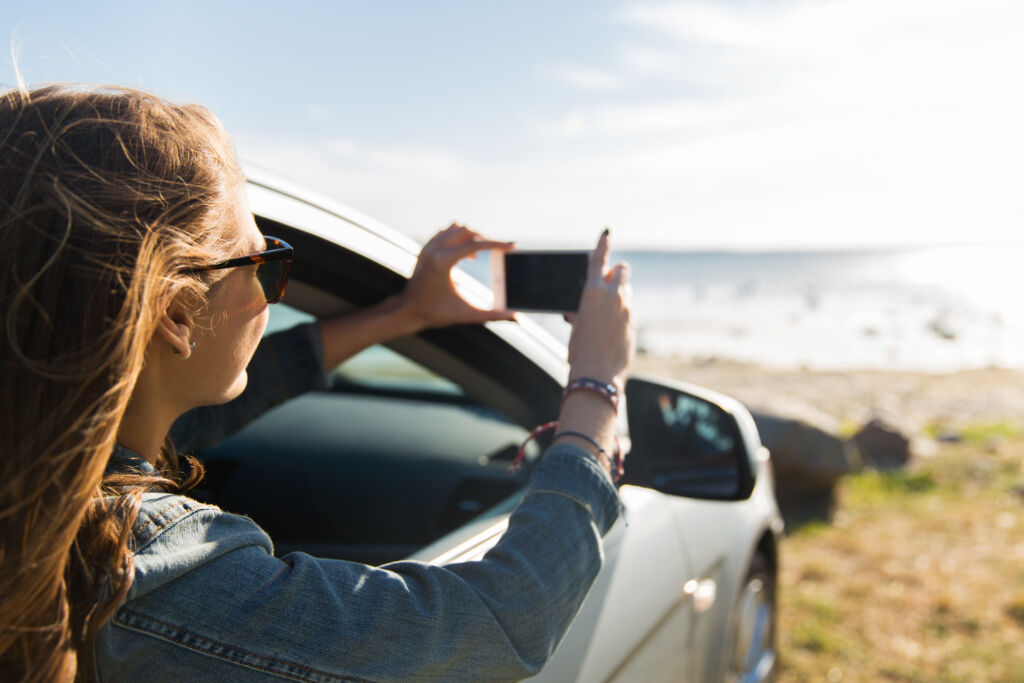 The pendulum swings once more
Aside from the convenience factor, a mobile phone has another big positive in its arsenal, and that’s in-built software stabilisation for video. If you’ve ever tried to shoot a video with a DSLR whilst moving, you’ll know what we mean.

Although stabilisation has come on leaps and bounds over the past few years, generally, a DSLR falls short of the effortlessly smooth video a flagship mobile phone can produce. 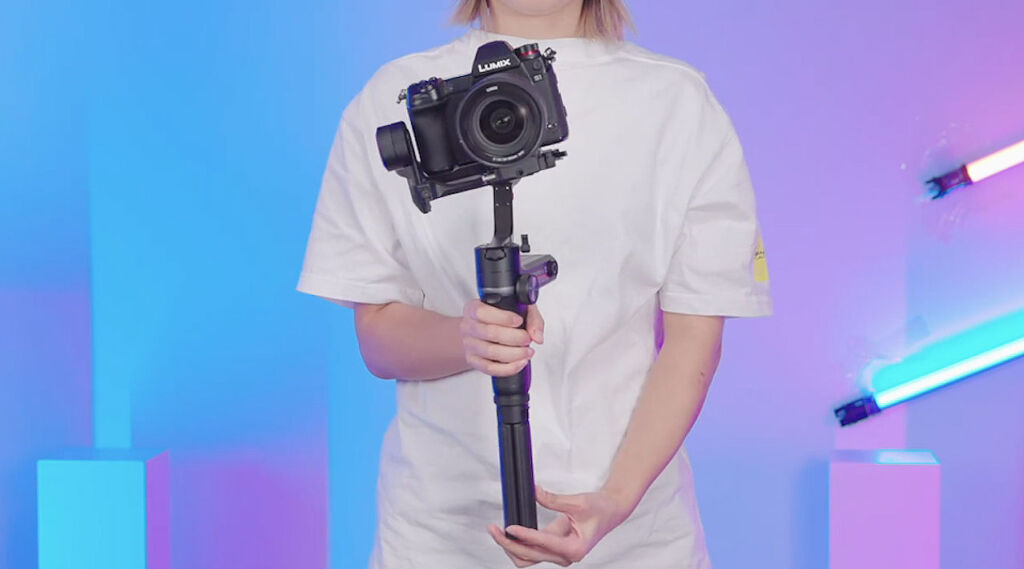 The solution
One solution is to train your breathing, movement and hands to be a perfect shock absorber (kidding!). There is a far more straightforward way to replicate and even exceed the quality of stabilisation on a mobile phone, and that’s by using a Zhiyun Weebill S Gimbal.

The big advantage of a product such as the Weebill S offers is you’ll be able to utilise your DSLR’s extensive flexibility and higher quality capabilities.

Good quality DSLR camera equipment is far from cheap. For example, just a Canon EOS R body will cost you $1799.00 on the Canon USA website, and that’s without any lenses. If you’ve already invested in a good DSLR setup, a far cheaper solution to buying a high-end mobile phone is to add a Weebill S Gimbal to your equipment, and below, we’ll look into specific detail as to what it can do and why you need one. 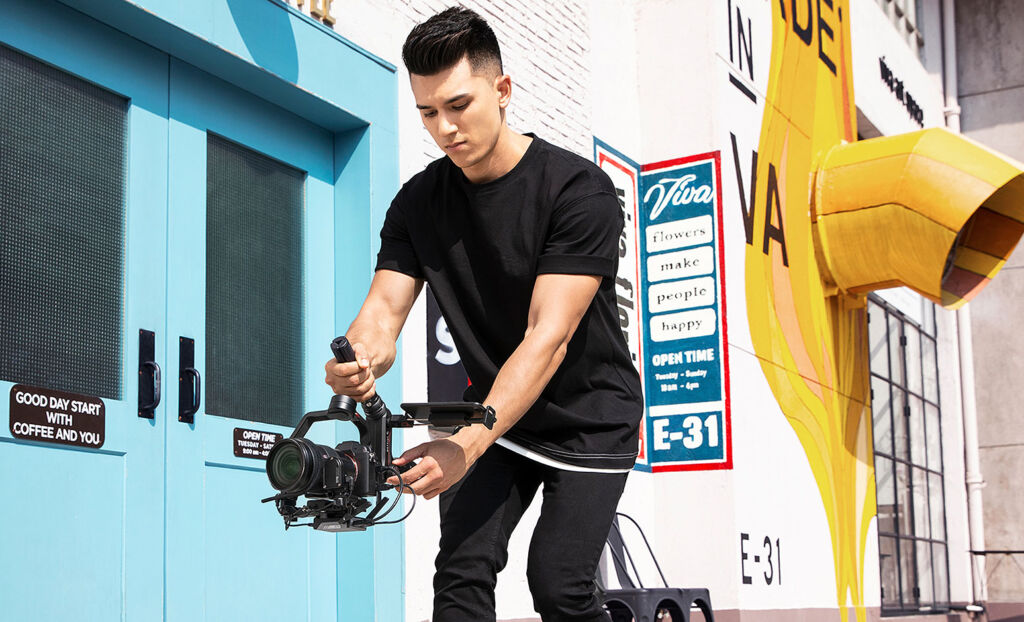 About the Zhiyun Weebill S Gimbal
The Weebill S is a motorised gimbal designed for DSLR cameras and lenses. It can work with a wide variety of camera setups which we’ll come to later. For a taster, a Canon 5D4 with an EF 24-70mm F2.8 lens is no problem, and it is the same with a SonyAlpha A7 III using a similar lens to the Canon mentioned previously.

The Weebill S gimbal uses an upgraded Instune algorithm which provides almost instant adjustment to any movements, whatever the environment. It also allows users to manually adjust the various parameters of each axis along with its speed via a dial on the handle. Doing this allows you to get the precise style of shot you want.

Using the gimbal
Fitting our Lumix camera to the Weebill S was super-easy as it uses a two-in-one quick release plate which Manfrotto and Arca-Swiss users will be familiar with. For those who aren’t, it is a metal sliding plate where you screw on the DSLR via the universal bolt. 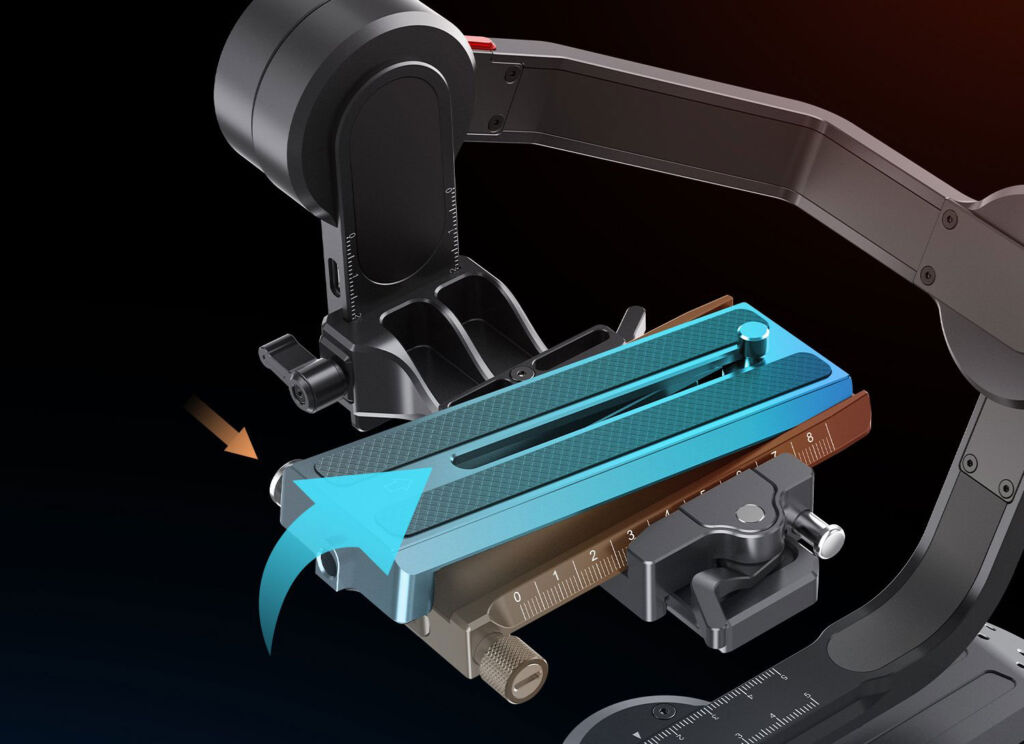 The Weebill S is a smaller piece of equipment than many would imagine. Laid on its side, it’s approximately the same size as a standard A4 piece of paper, and it’s also surprisingly light, coming in at 895gm, meaning you’re not going to tire your arms out before getting that perfect shot. 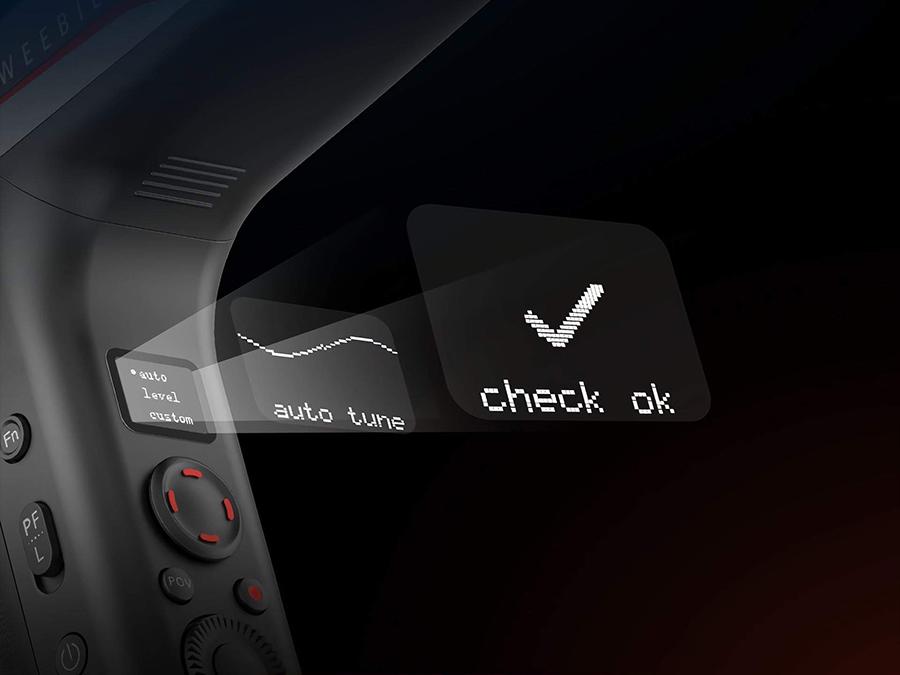 Although the gimbal has all the requisite controls you’ll need on the handle, we opted to use the intelligent auto-tune system, which automatically recognises the weight of our camera and calibrated itself, showing it is ready via the digital panel. After this was done, we were literally off and running! 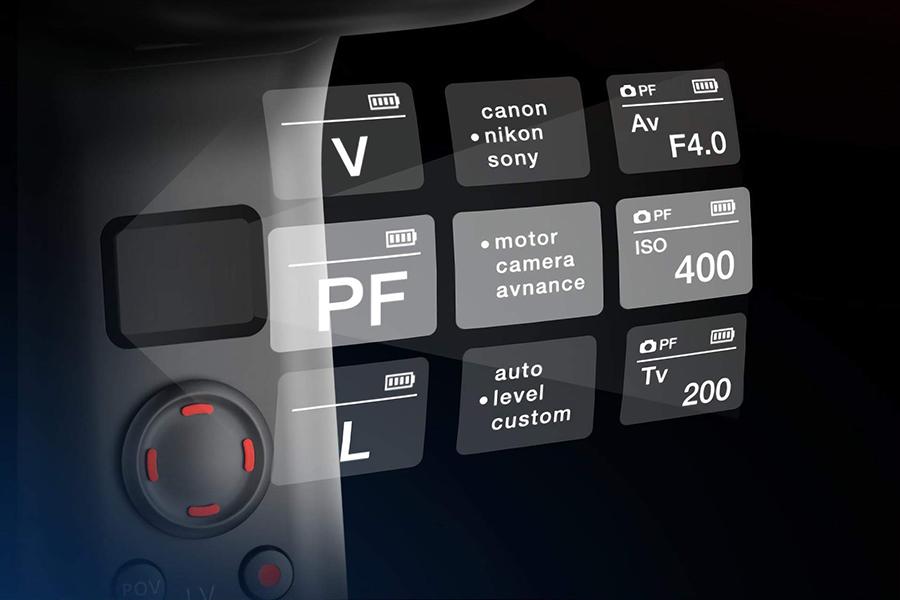 While we’re on the subject of the handle, although we didn’t test this for ourselves, according to the manufacturer, the Weebill S supports electronic focus control and mechanical focus/zoom via a control wheel.

Those who read our review of the Zhiyun Smooth-Q3 gimbal for mobile devices (here) will remember how thrilled we were with it, and it’s no different with the Weebill S. It’s a nice looking piece of equipment that, when added to a DSLR, really does add the professional.

Following our tests, one or two of the people to whom we showed our tests remarked that the footage was perhaps a little too smooth; fortunately, you can easily adjust the settings as mentioned earlier to get the perfect look and feel.

In a nutshell, we loved the Weebill S. There’s a considerable amount more it offers, which due to our basic needs to didn’t get around to experiencing, this will no doubt happen in due course. It is a professional piece of equipment that will open a whole new range of possibilities for those who prefer to shoot video on their DSLR’s and, yes, it did allow us to produce a video that, to the untrained eye, looks like a pro did it! 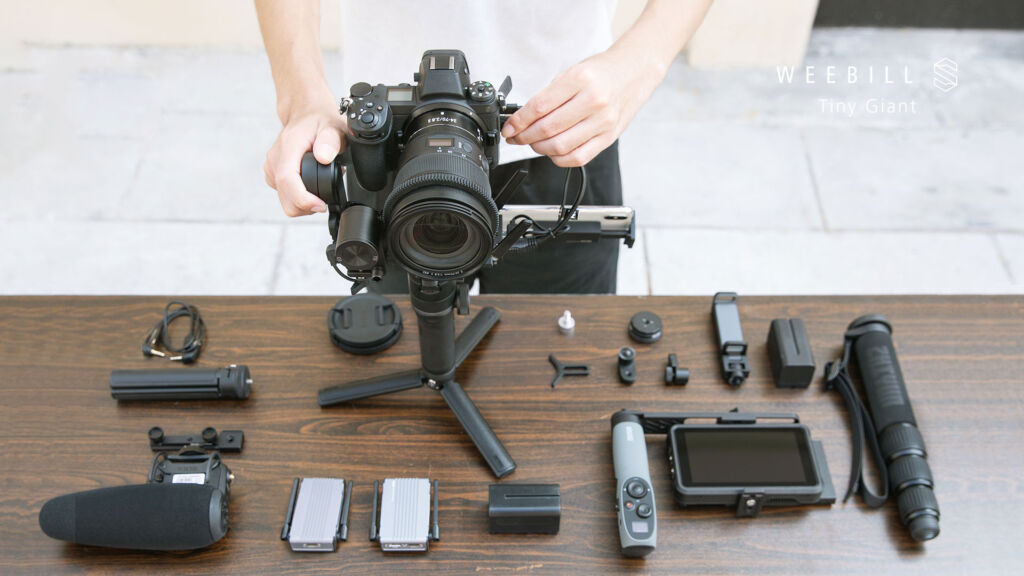 What’s in the box?
Inside the box is the Weebill S Gimbal, a tripod, a charging cable along with a Sony camera control cable micro to micro USB cable, micro to Type-C cable, and a micro to mini USB cable, and it also comes with a handy storage case.

Optional Extras
There is a good selection of options available for the gimbal, including a TransMount wireless image transmission transmitter and TransMount focus/zoom control motor, among others. These options and more can be found via the website link at the end of this feature.

Compatability
The Weebill S is compatible with a wide range of DSLR camera brands, including:

The Weebill S is currently available at a discounted price of £319.00 for the standard kit we tested. Also available are an Image transmission Pro kit priced at £479.00 and a zoom/focus pro kit at £370.00.

As we mentioned during our article, we’re not professional videographers; we are more in the point and click camp, so the standard kit with the auto-tuning was more than enough to get us going. However, those of want to take video footage for professional purposes might want to check out the special offers currently available.

For more information on the Zhiyun Weebill S and to view the full range of products and accessories the company offers, please visit www.zhiyun-tech.com. 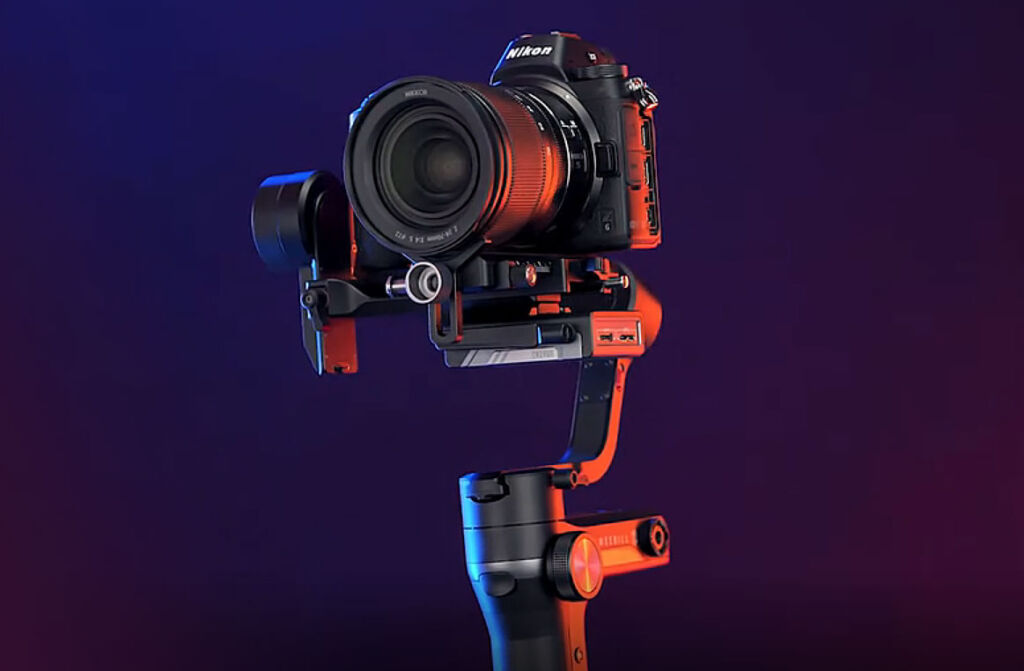