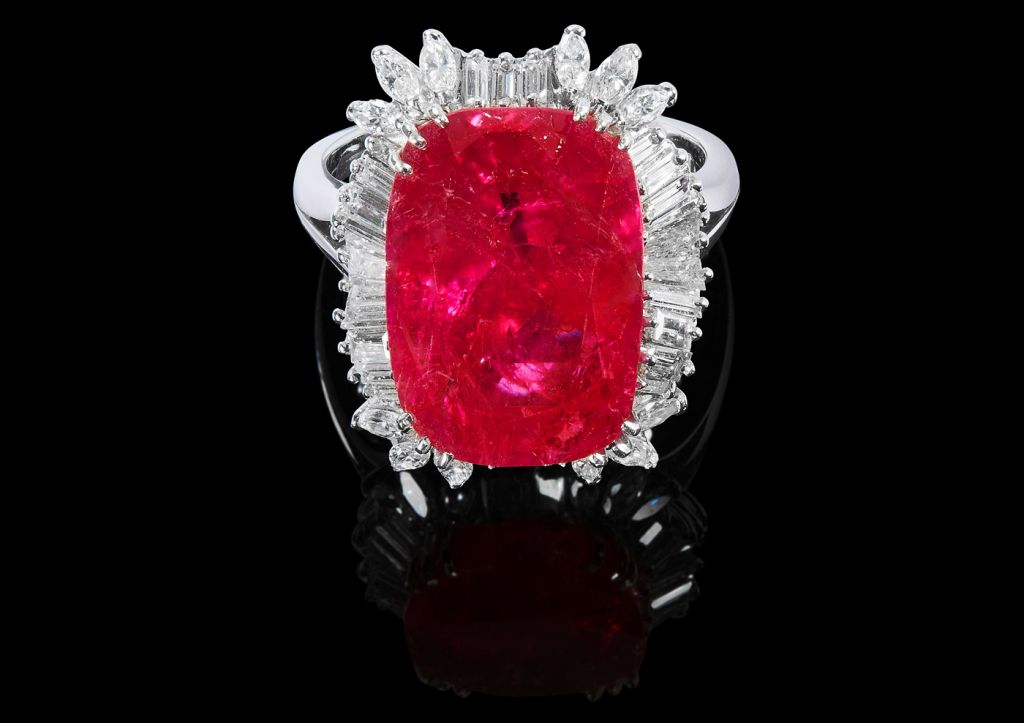 A spectacularly rare 14.67-carat natural Burmese ruby ring has sold for six times its initial estimate at a sale in London on November 28, 2019.

The stunning ring offered at the Elmwood’s Important Jewels sale, sold for £200,000 against a pre-sale low estimate of £30,000. Natural rubies above 5 carats are scarce, so to have one over 14 carats was extraordinary, which created high demand in the saleroom, on the telephone and the internet. The resulting price paid was more than six times its pre-sale estimate.

The ring has a cushion-cut ruby encircled by a border of marquise and baguette-cut diamonds in a ballerina style. It was accompanied by two gemmological reports, confirming it was of Burmese (Myanmar) origin, with no indications of heat treatment, meaning it was natural and unheated.

Other exceptional rubies in the sale included a Bulgari Trombino ring, one of Bulgari’s longest-standing and most highly-desired designs. The ring, which sold for more than ten times its estimate, comprised an oval-cut Burmese ruby of 7.61 carats, set in a border of baguette and round-cut diamonds.

It was signed Bulgari and was also accompanied by two gemmological reports, confirming its Burmese (Myanmar) origin, with no indications of heat treatment. It achieved £68, 750 against a pre-sale low estimate of £6,000. 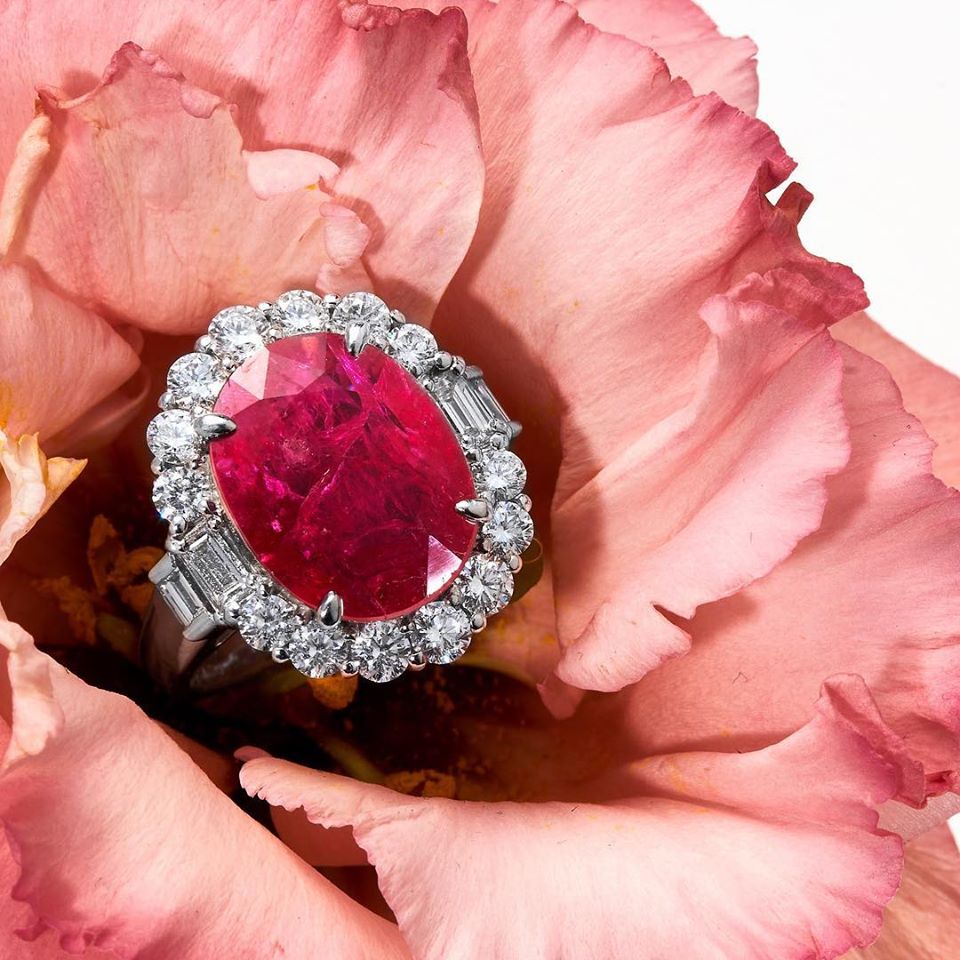 Speaking about the result, Samuel Hill, Managing Director of Elmwood’s auction house in London, said: “We are delighted with the results of two important rubies, which are a nod to the strength of the market for top quality coloured stones.

There was fierce bidding for both lots, in the room, online and over the telephones, with one finally going to an anonymous Swiss buyer, and the other to an Asian private collector. Our vendors are very pleased, and we are thrilled to have set a new house record for a single piece of Jewellery.”

Also in the sale, an unusually large and very important natural pearl and diamond ring sold for £150,000 against a pre-sale low estimate of £50,000. The ring, which was from a private European collection, comprised a natural pearl of 31.64 carats, set within an original Art Deco setting, with diamond accents.

It dated from the early 20th century. It was extensively tested and before the sale was researched by the world’s two leading authorities (Bahrain Institute for Pearls and Gemstones (Danat) and The Swiss Gemmological Institute – (SSEF) in Switzerland). It was sold with a gemmological report stating that the pearl was of natural and of saltwater origin.

Commenting on the sale of the ring, Samuel Hill, said: “It goes without saying that to find a natural pearl of this size and quality is extremely rare, so we were very pleased to have been able to offer such an exciting, unique lot. After fierce bidding between anonymous buyers in Switzerland and Saudi Arabia, the lot finally went to Switzerland. As the market for important pearls continues to grow stronger, we hope to see more fantastic results in the near future.”

Read more articles on jewellery in our dedicated section here.