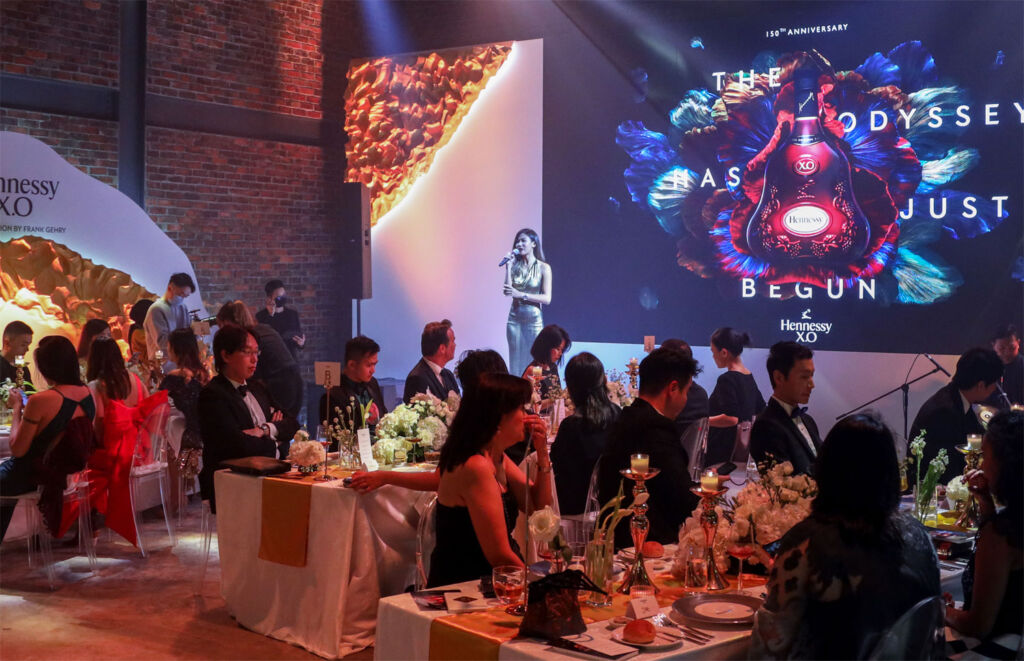 Ong Chin Huat joins in with celebrating 150 years of Hennessy’s X.O Cognac at an exclusive dinner which included the live broadcast of a specially commissioned fireworks display on the Charente River in Cognac by Chinese artist Cai Guo-Qiang.

If the titanium-clad deconstructed postmodern curves of the Guggenheim Museum in Bilbao is your thing, then brace yourself for the limited-edition Hennessy X.O decanter specially designed by Frank Gehry to commemorate this storied cognac house’s 150th anniversary. 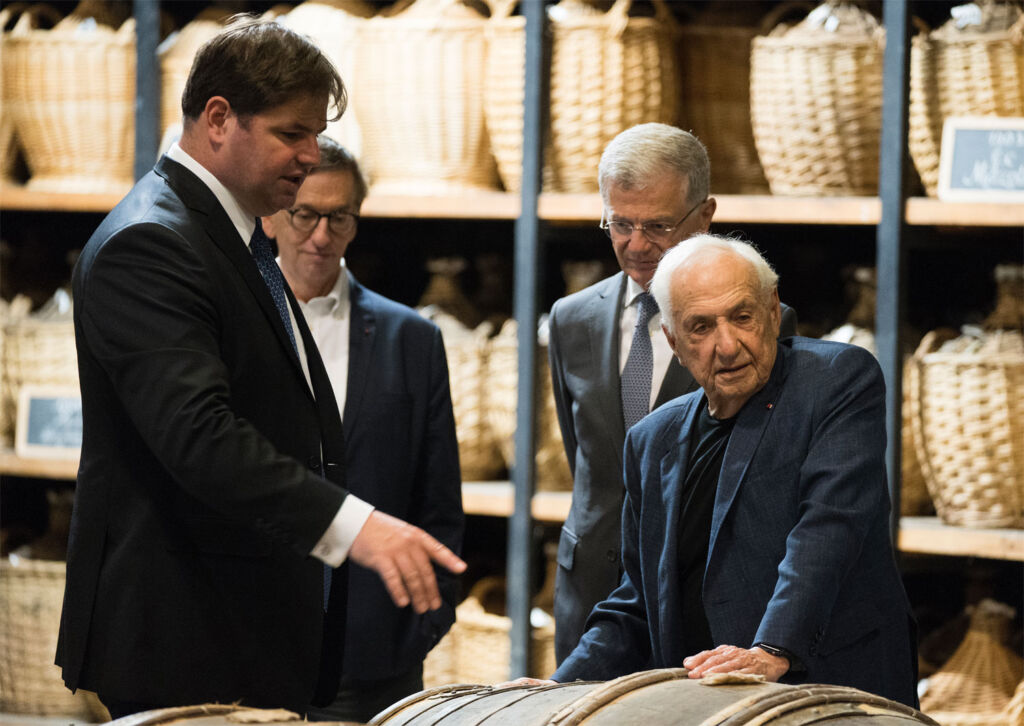 Inspired by the rich Hennessy X.O blend and the shimmering Charente River in Cognac, the 91-year-old internationally-acclaimed architect has put his twist (literally!) on to the distinctive shape of the Hennessy X.O bottle, and the result is nothing short of spectacular.

Catching the light in the most alluring way, this masterpiece covering the iconic Hennessy X.O bottle is a 24-carat gold-plated bronze sleeve which is sculptured in Gehry’s distinctive form – crinkled and undulating reflecting the movement of water and swirls of cognac. 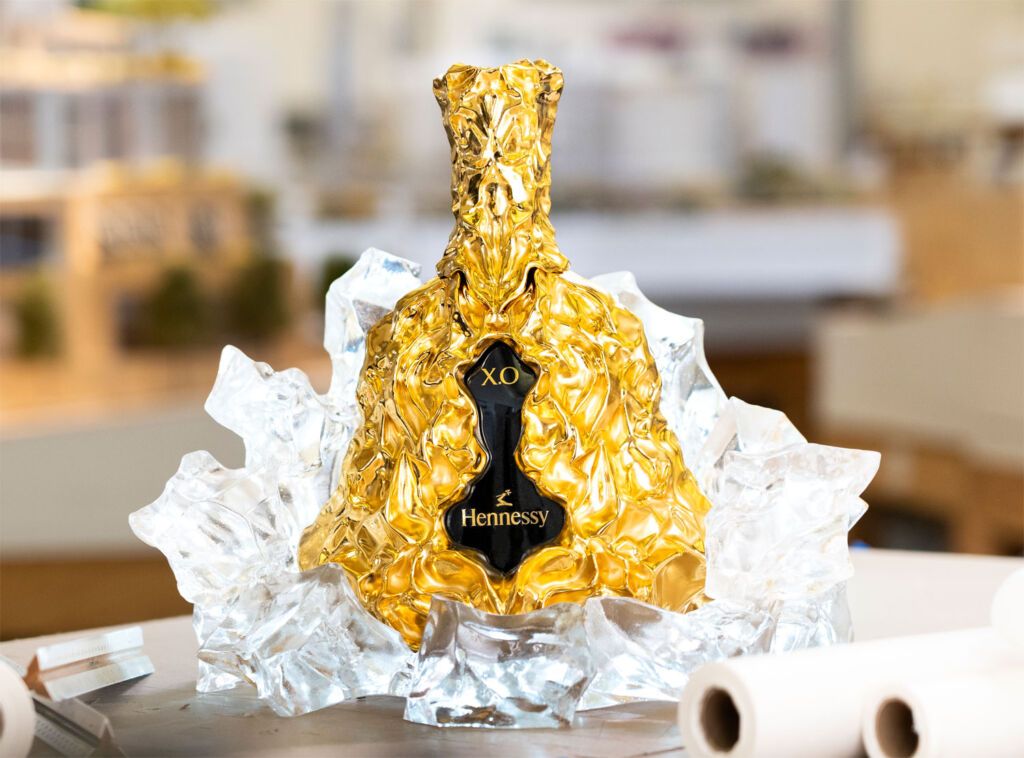 The sculptural decanter is encased by a faceted glass stand which further enforces the image of light and water, or in this case, cognac. Only 150 numbered decanters of this iconic masterpiece each one imprinted with Gehry’s signature will be available for sale worldwide. 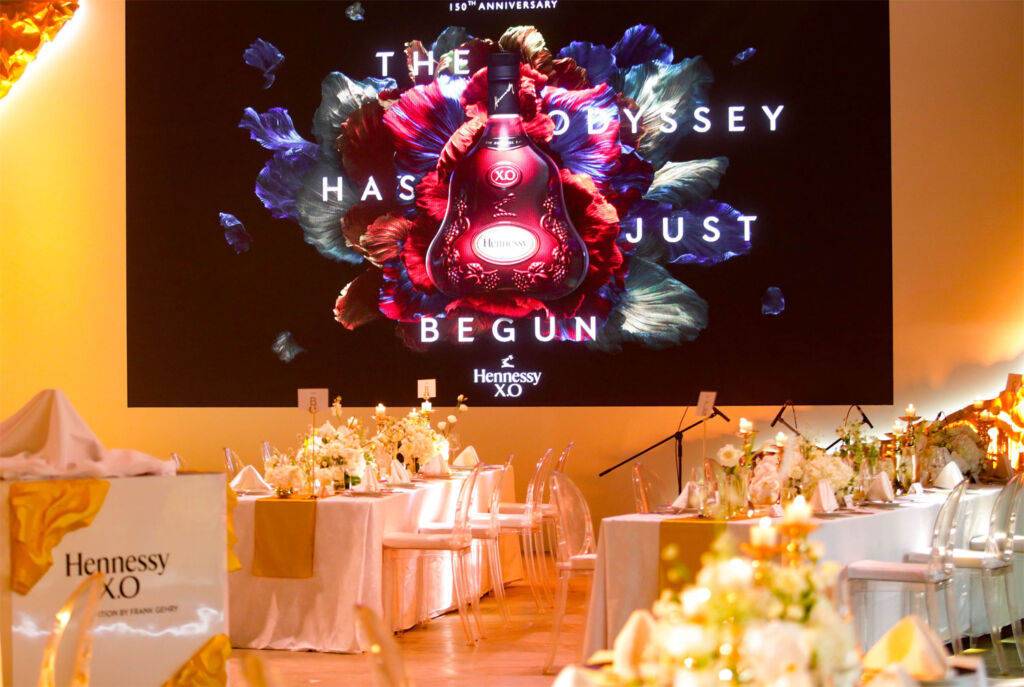 The delicious four-course dinner consisted of Seared Canadian Scallops, Chilled Capellini with Black Caviar, Wagyu Boeuf Bourguinon with Red Wine Jus and Mashed Potatoes and Valrhona Dark Chocolate with Lavender-Lemon as dessert. It was all served with copious amounts of Hennessy X.O, either neat or with ice and water.

Before being ushered into the dining area, guests mingled in a cocktail area where Hennessy X.O drinks were served while viewing the exhibition of the wider release, limited-edition Hennessy X.O bottles also designed by Frank Gehry. While here, a video trailer of Chinese artist Cai Guo-Qiang’s preparation for his pyrotechnic display was shown to whet appetites further.

On hand to greet all the guests was Thomas Bouleuc, Managing Director of Moët Hennessy Diageo Malaysia. The charming host told guests that the unveiling for the Frank Gehry-designed bottle was part of Hennessy X.O’s World Odyssey celebration to commemorate 150 years.

“This is an amazing moment in history for Hennessy. During this time of global transformation and solidarity, Hennessy and Frank Gehry have come together to share a vision for a hopeful future as we look to amplify Hennessy’s universal values of joy, optimism, and resilience,” Bouleuc said.

An aerial acrobatics performance provided the entertainment, but the highlight of the dinner was the live broadcast on a large screen of Chinese contemporary artist Cai Guo-Qiang’s fireworks display which was divided into three acts. 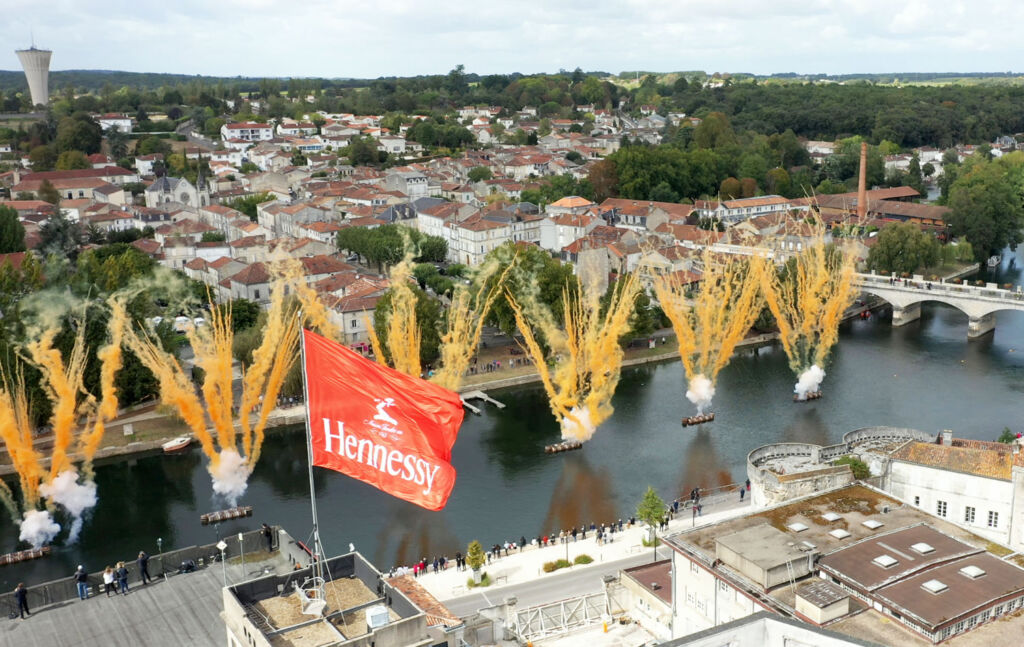 The fantastic showcase lasted approximately 15-minutes. Taking place on the Charente River, the fireworks were launched into the air from 150 floating oak barrels. For the environmentally-focused readers among you, rest assured that the fireworks used non-toxic, reduced-smoke and CE-certified pyrotechnic fireworks. The whole display was televised live to a global audience, and this included us here in Malaysia. 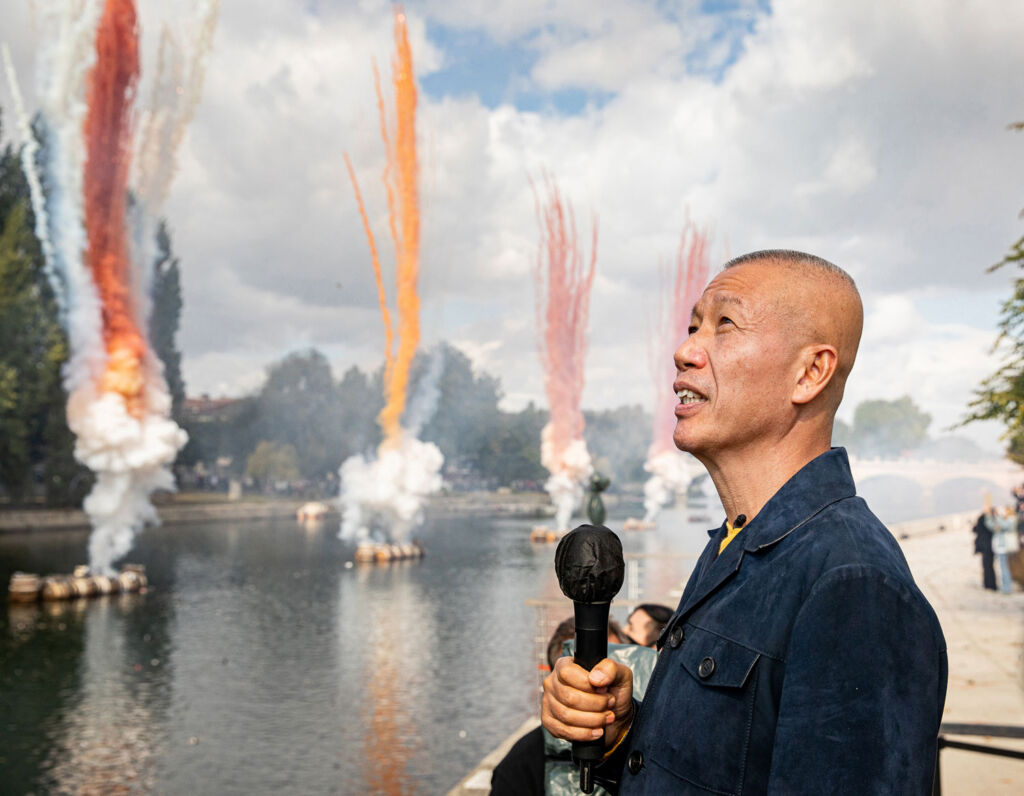 Cask 88 Announces The Launch Of Its Unfiltered Whisky Series