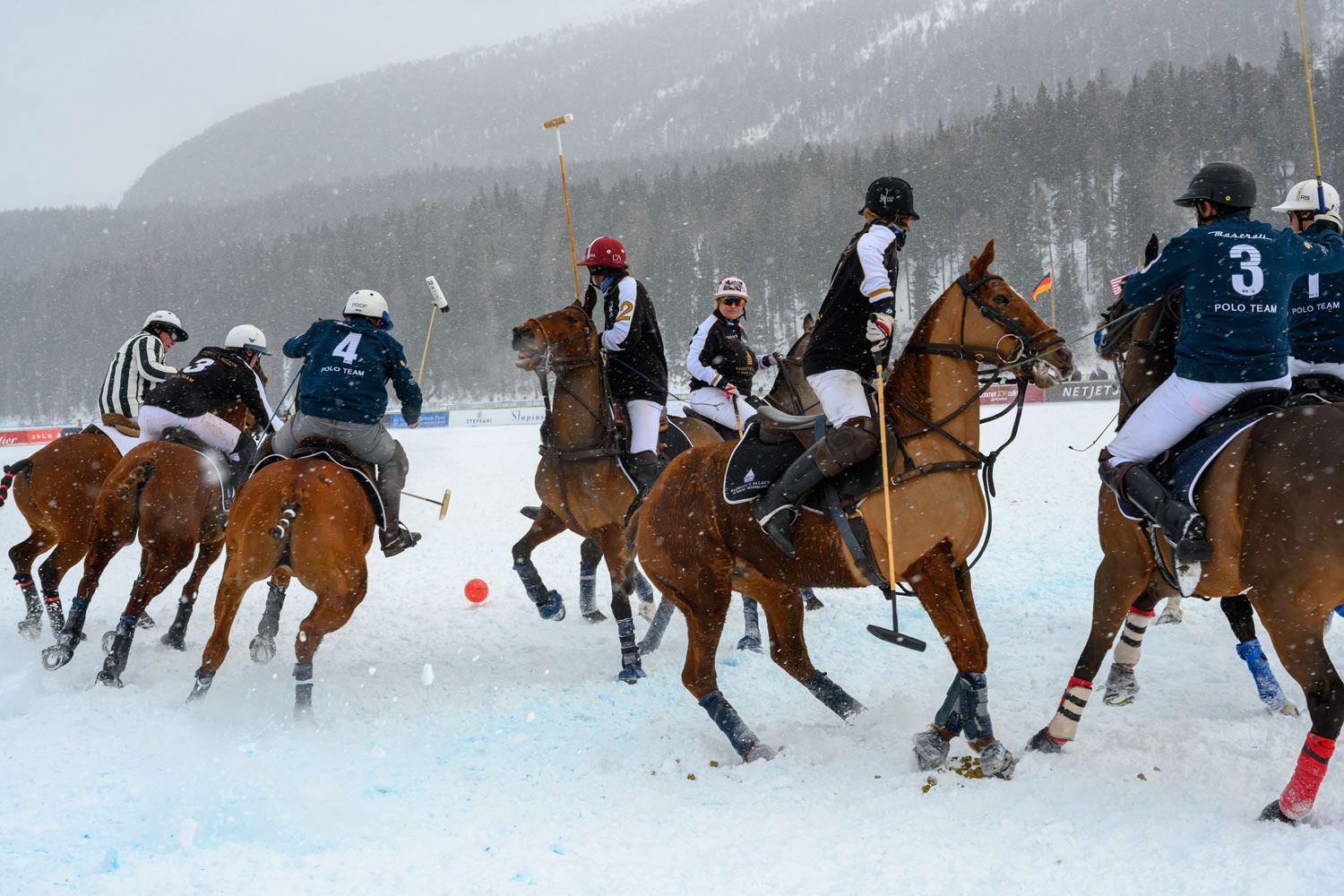 A record number of spectators came to the 35th Snow Polo World Cup to experience some incredible sporting prowess and in doing so witnessed some firsts in the event’s history.

For thirty-five years, the Snow Polo World Cup has thrilled spectators. Who’d have thought that after more than three decades, things would still be achieved for the very first time? 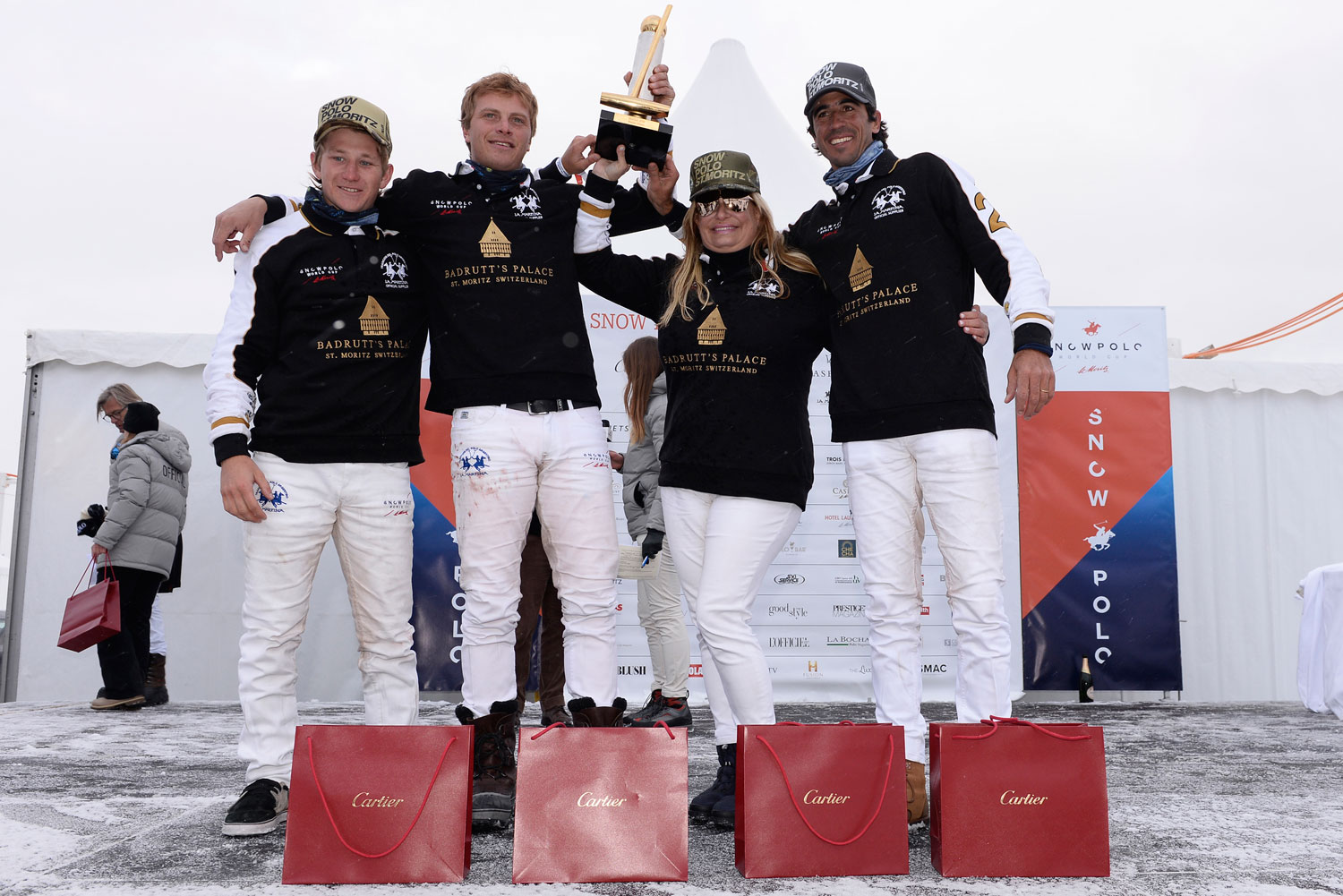 These included Badrutt’s Palace taking their first-ever overall victory and Melissa Ganzi becoming the first female player to win the Cartier Trophy. In addition to this, the Sardhadchi cavalry team from Azerbaijan also picked up an award thanks to their fast­paced acrobatic show. 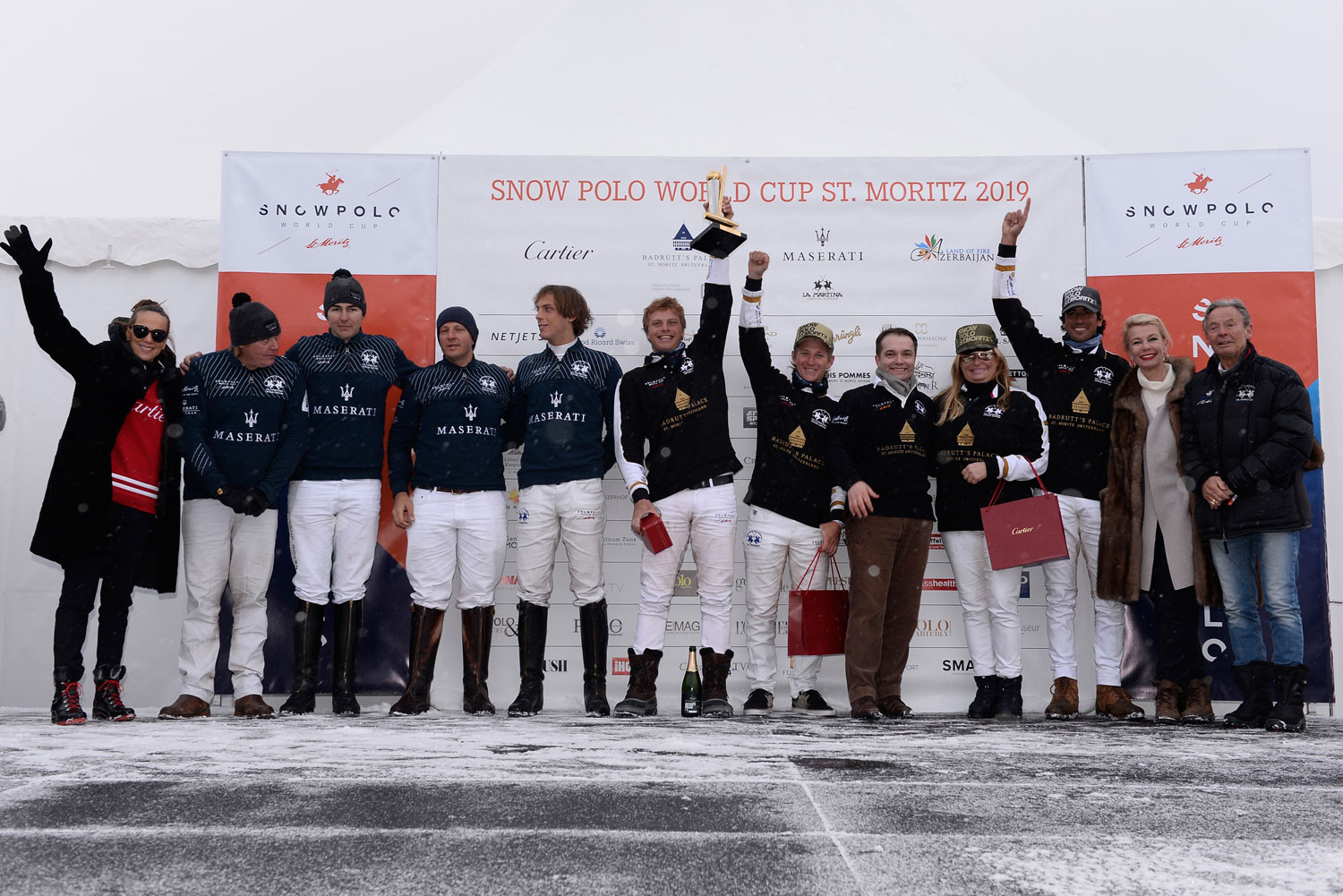 The 2019 Snow Polo World Cup on the frozen Lake St. Moritz played host to some 18,000 spectators, which was a new record for the event. The demand for VIP, Chukker Club and gala night tickets was unusually strong, thanks in no small part to the firm commitment of the sponsors.

With a tournament budget of CHF 2.5 million coupled with the favourable circumstances, the organisers estimate to have generated an economic benefit for the region of some CHF 12 million, which is a significant year­-on-­year increase. Next year, the Snow Polo World Cup will take place from 24 to 26 January 2020.

This year’s tournament was a first-rate event both on and off the polo field – with some of the world’s best polo players, such as 10-­goaler Juan Martin Nero competing in St. Moritz. 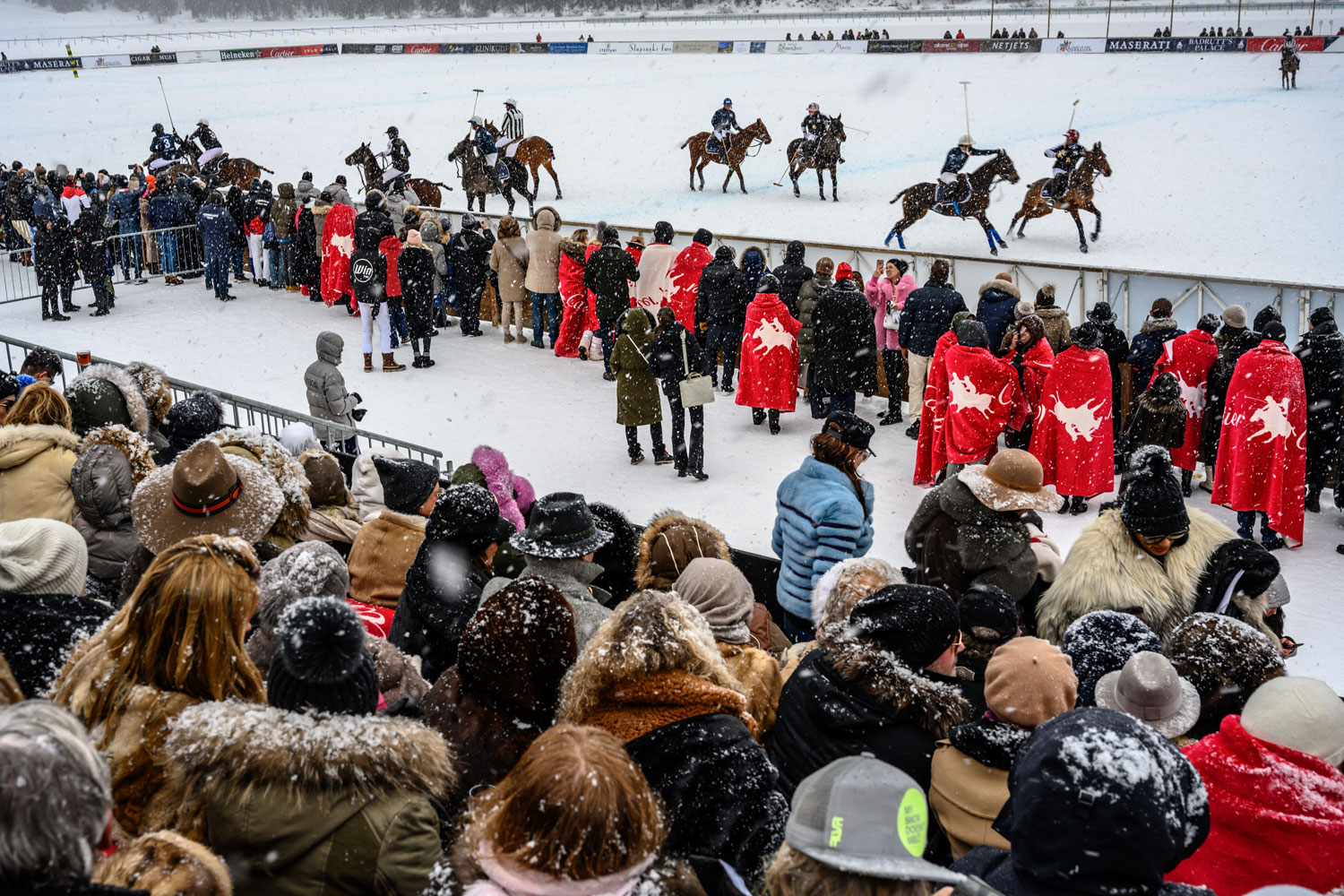 More than 18,000 spectators flocked to the frozen lake to watch the teams play. They were joined by more than 200 journalists, photographers and camera teams from around the world. To show how successful this years event was, Saturday’s tickets for both the VIP tent and the Baku St. Moritz Gala at the Badrutt’s Palace Hotel were sold out. 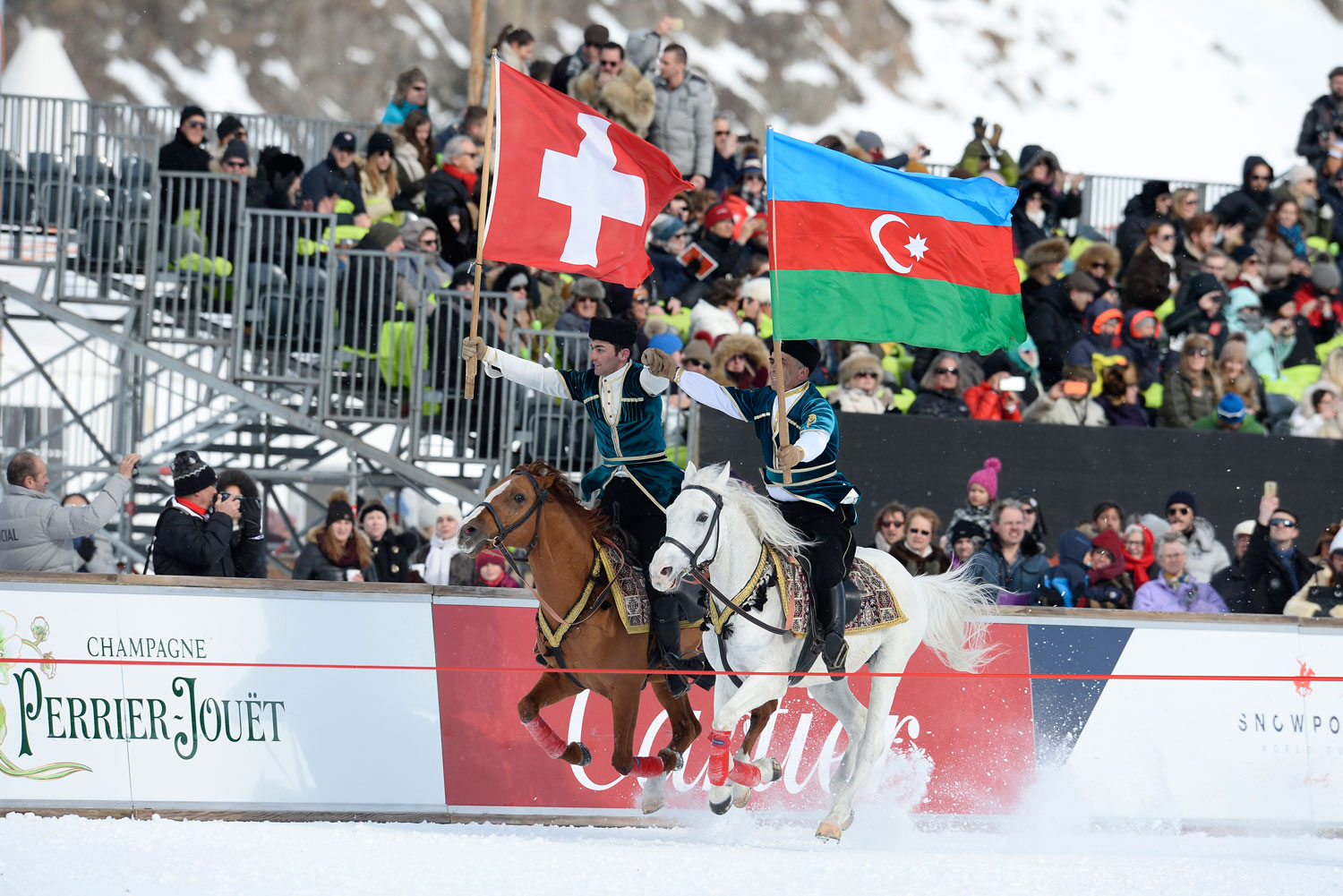 On the three days the tournament was held, the Sardadchi cavalry team from Azerbaijan captivated the large number of spectators. The 12-strong troupe on their Karabakh horses have appeared regularly at top-notch international events since their first show in 2012. Probably the notable of these was their Land of Fire Azerbaijan show at the birthday celebration for Queen Elizabeth II.

Two thousand eight hundred sushi rolls were served in the VIP tent over the three days of the tournament by the official caterer of the Snow Polo World Cup St Moritz, the Badrutt’s Palace Hotel, who also uncorked some 500 bottles of red wine and an equal amount of white wine. Zwyer Caviar served 15 kilograms of first-­rate caviar. Champagne flowed both in the VIP tent and the Polo Village – with more than 2,000 bottles of Perrier-­Jouët consumed – and some 115 litres of Royal Salute whisky were poured.

At the gala night at the Badrutt’s Palace hotel on Saturday evening, the Baku Moritz Polo Award, that recognises outstanding achievements in the field of polo sports, was awarded for the second time. This year’s award went to Lando Simonetti, founder and owner of the La Martina brand. 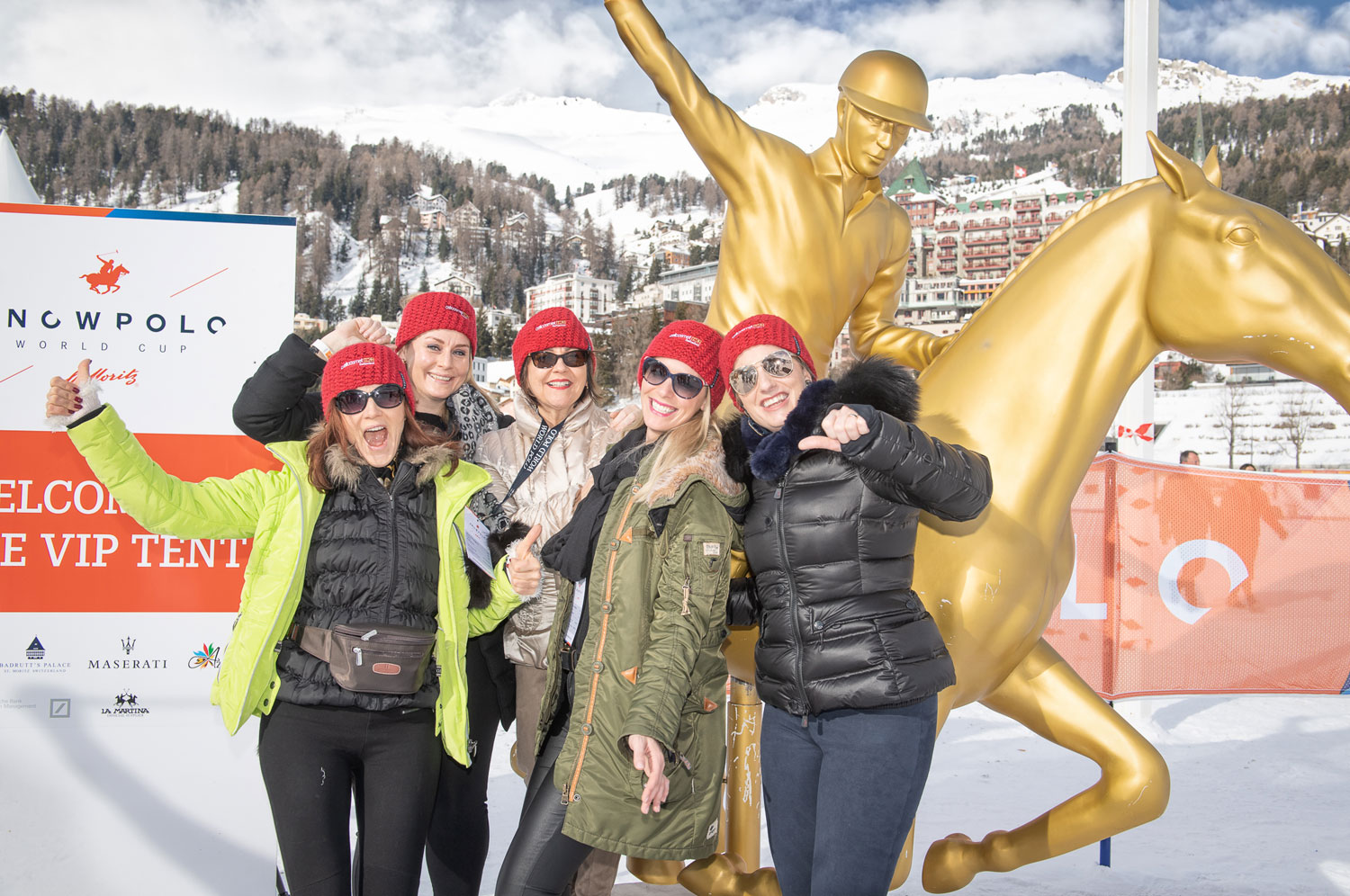 The organisers of the tournament jointly with some 100 volunteers once again managed to prepare an exceptionally well-­groomed polo field. On the tournament weekend, the players and their ponies could rely on a 250­-strong team to cater for excellent conditions.

Thus, they have contributed significantly to turning the 35th-edition of the Snow Polo World Cup St. Moritz into a first-­rate event and the sporting and social highlight of the winter polo season once again. 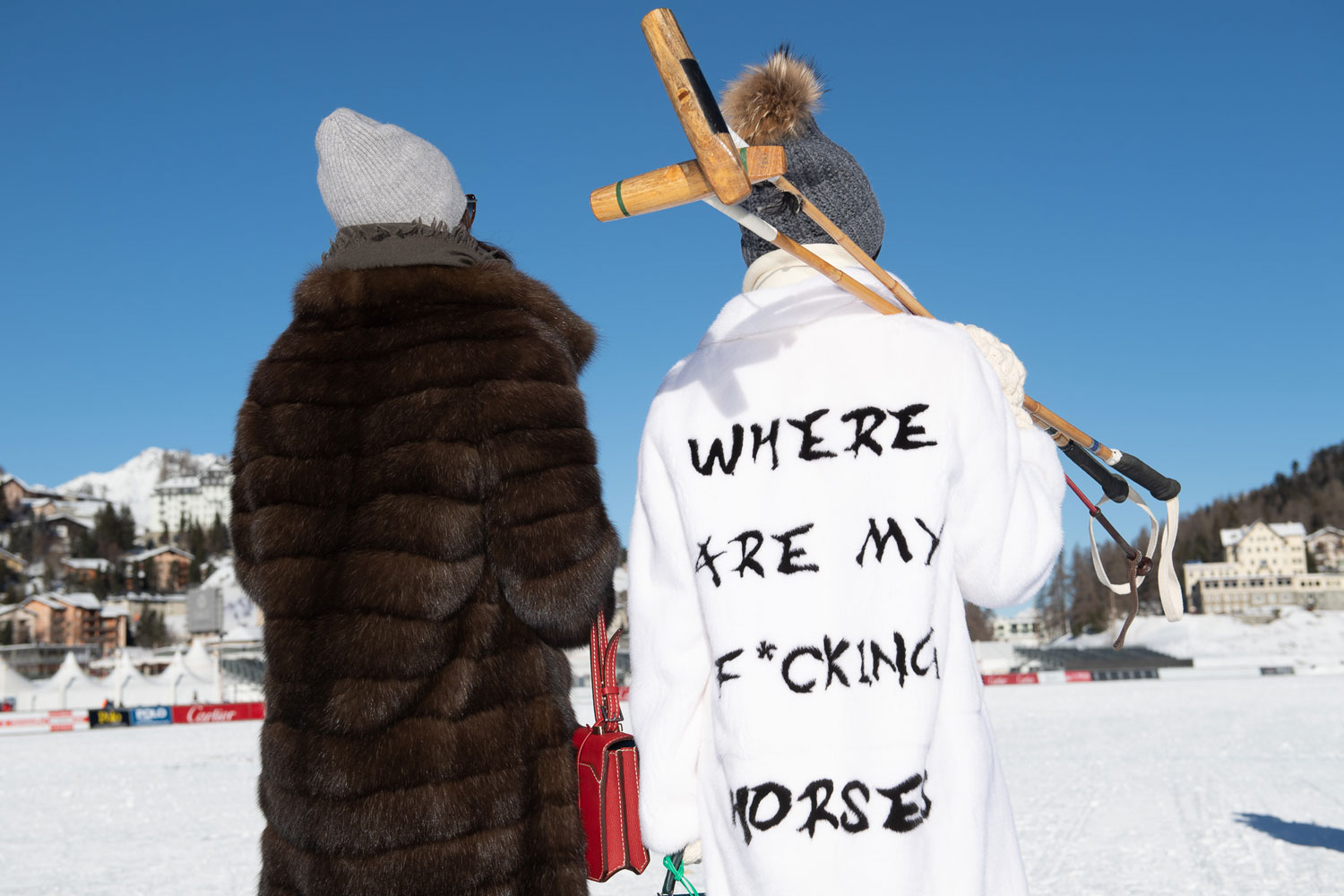