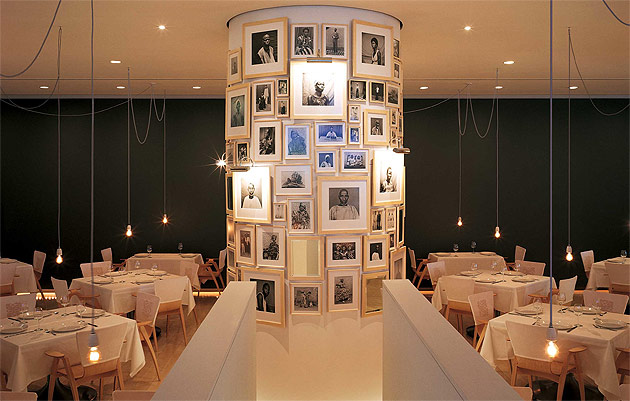 Asia de Cuba is no ordinary five-star hotel restaurant and breaks away from the more formal and intricate surroundings normally associated with a venue of this calibre.

Housed within the luxurious St Martin’s Lane hotel which sits in the theatre district of Central London, the Asia de Cuba cuisine is described as Latin American and Asian fusion. The uber modern interior which greets diners has been styled by the renowned French designer Philippe Starck, and guests sit on simple wooden tables illuminated by a suspended light bulb housing a decorative filament, and amongst large pillars graced by the works of a Malian photographer and a collection of neatly-filed social science and French books inspired by a university in Africa. 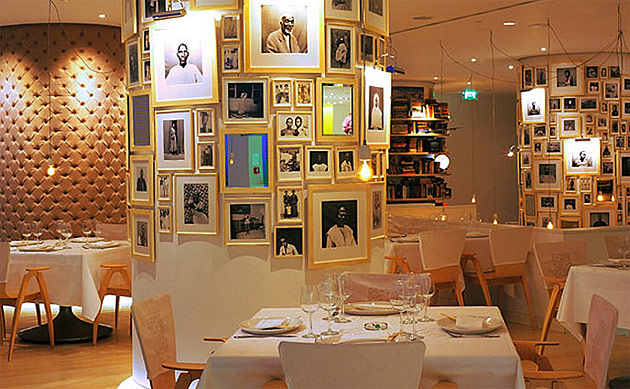 With Asia de Cuba boasting an impressive 200 covers in one sitting, there is neither the intimacy nor the peace and quiet of an eatery regularly found in a hotel of this ranking, but instead, the atmosphere is more reminiscent of the buzz found on the bustling streets of Havana. This is nevertheless insignificant, because you can’t help but get taken in by the interesting melange and richness of flavours which emerge from the creative dishes put before you, and therefore any conversation has to play second fiddle.

The artistic menu follows the theme of the aforementioned décor, and accommodates a plethora of appetites thanks to the extensive range of Ceviches, appetisers, and starters even before you reach the main course. Still popular today in South America, Ceviches, whose basic ingredient is raw fish, date back to the time of the Incas when they used to preserve fish with fruit juice, salt and chilli peppers. There is a raft of mouth-watering Ceviches at Asia de Cuba spanning from oyster and grapefruit ginger granite to spicy Hamachi and plantain threads, and this is a nice way to open the meal with a dish which is relatively light. After some extensive deliberation, I chose the Scottish salmon and salted avocado helado (ice cream); cut into small cubes, the raw salmon is marinated for only fifteen minutes in lime, lemon and orange juices, and going by the result, which is nothing short of sensational, you would have thought this marinade would have been for much longer. 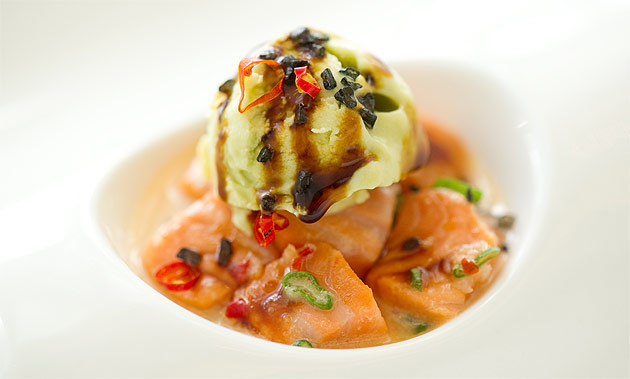 The tangy citrus dressing works beautifully with the subtle flavour of the refreshing avocado helado which gradually melts and fuses seamlessly with the coconut milk and Peruvian bird’s eye pepper corns. Following a similar theme, my guest opted for the curry Kingfish which was equally sublime thanks to the tropical infusion of the passion fruit that seeped into the former which was subtly dressed with toasted coriander seeds and fried capers.

Gradually working up to larger portions, our Ceviches were followed by a starter of Portobello mushroom pancakes filled with a sofrito of vegetables (a similar composition to that used for spring rolls) and manchego cheese courtesy of Asia de Cuba’s bespoke vegetarian menu. This was accompanied by a delicious creamy sauce, a clear favourite of our enthusiastic Venezuelan host who made sure that no drop went to waste.

Come the main course which offers delicacies such as beef short ribs, chicken, and giant prawns, we both selected fish-based dishes once again after the Ceviches proved to be such a heavenly experience. Joined by a side order of Yuka chips made from the yam root vegetable, a cross between potato and parsnip with a relatively firm consistency, I sampled the pan-seared Ahi tuna which sat on a bed of wasabi mashed potato. Lightly seared on the exterior and lined up to form a stunning centrepiece on the rectangular plate, the moist consistency made this dish truly addictive and the spicy edge of the wasabi brought the palate nothing but pleasure. My guest wished to try the coconut Chilean sea bass which was arranged with a jumbo lump crab on a sweetcorn flan and a sweet plum sauce, an experience which was simply sumptuous. 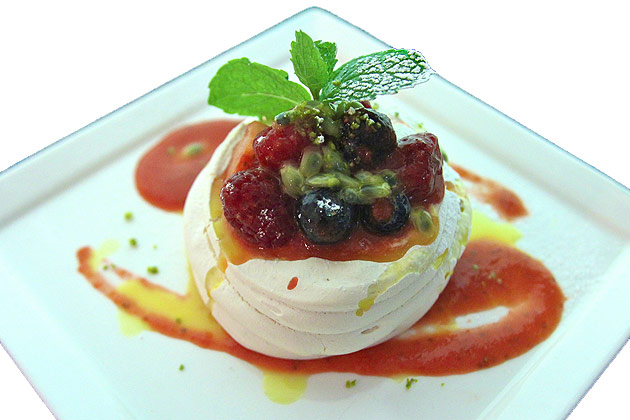 Sporting a sweet tooth, desserts always appear to be challenging from the point of view of knowing what to have. Fortunately, help is at hand from Asia de Cuba who offers ‘indecisive’ visitors a tasting platter to share which hosts a beautifully presented selection of sweets. We enjoyed a delicate lychee ice cream, ‘melt-in-your-mouth’ Mexican brioche doughnuts filled with butterscotch cream and a coconut invasion which translates as a white chocolate ganache and rum flambéed banana layer cake decorated by fresh slices of banana. Other highlights of the dessert menu include Caribbean carrot cake and chocolate brownie.

If you are looking to host friends or business colleagues in a venue which delivers five-star quality, five-star service, and a five-star setting which challenges tradition, Asia de Cuba should, without a doubt, be top of the list. The meal was paired with a 2012 Mezzacorona Castel Firmian Pinot Grigio and champagne from Laurent Perrier.