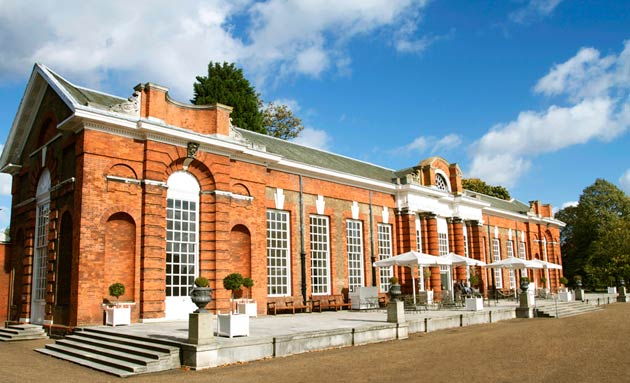 Afternoon tea has been an English institution since the mid 1800s, when the tradition was initiated at Woburn Abbey by Duchess Anna Maria, the wife of the 7th Duke of Bedford.

Today, this social custom is as fashionable as ever with more twists and interpretations of the classic tea, and the Orangery at Kensington Palace is no different. It lures in hundreds of tourists on a daily basis as they take a break from walking around the gardens. A cup of tea with a selection of sandwiches, cakes and scones is exactly what they need to refuel before setting off again.

The Orangery retains all the grandeur you’d expect from a former royal, alfresco entertainment space complete with imposing colonnades and vaulted ceilings. The spacious terrace at the front of the building makes it an ideal especially when the sun is shining. 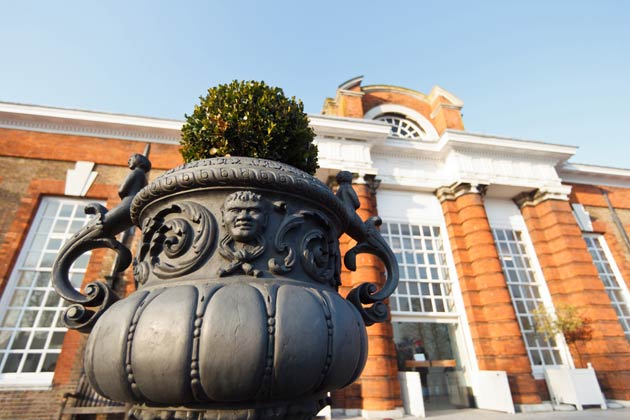 I was there for afternoon tea and was delighted by the airy white walls and ceilings and the spacious hall that immediately stuck out upon entering. With plenty of staff around, I was taken to my table promptly. It was a shame that the British weather was living up to its typical standards of being unpredictable in the middle of June otherwise we would have sat outside. But the next best seat was by the huge windows overlooking Kensington Palace Gardens.

The venue offers one of the finest tea selections in London with over ten different flavours to choose from. But before I was able to make my choices, two glasses of bubbly promptly arrived at the table. The staff had showed attention to detail and had made a note of my birthday that was a rather surprising touch. 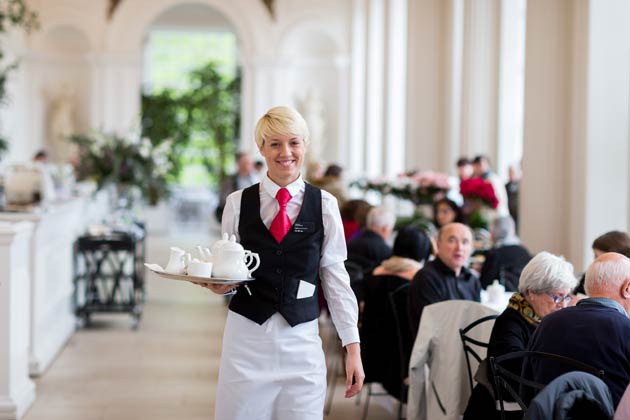 I can highly recommend the Eucalyptus and Zest tea which was refreshing and uplifting after a glass of champagne. The silver teapot was big enough for about three solid cups which were accompanied by sandwiches with various fillings including cucumber and peppermint, smoked salmon, and egg as well as scones, complete with cream and jam and orange themed petits fours which arrived on a tiered stand.

At first glance, the food didn’t look as if it was enough for two people but as the offering was rich in taste, it was actually very filling. A second round was offered but we decided to turn it down although it was tempting to dig into another orange scone which went particularly well with the cream. 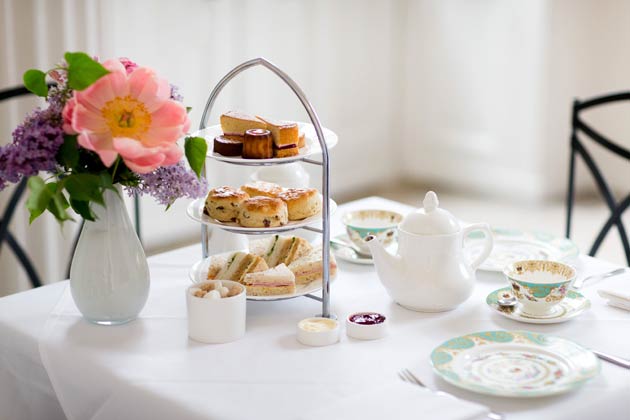 To sum up this venue, the afternoon tea was nice and simple and not overdone as can be seen in some places. The filling tasty food was elevated unquestionably by the incredible backdrop of the gardens. We could have easily sat there for hours starring aimlessly into the greenery trying to imagine what it was like to have tea there a few hundred years ago.

The Orangery open all year round but can be closed for private functions. Visit their website for more information. http://www.hrp.org.uk/kensingtonpalace/foodanddrink/orangery#sthash.I32USOaL.dpuf