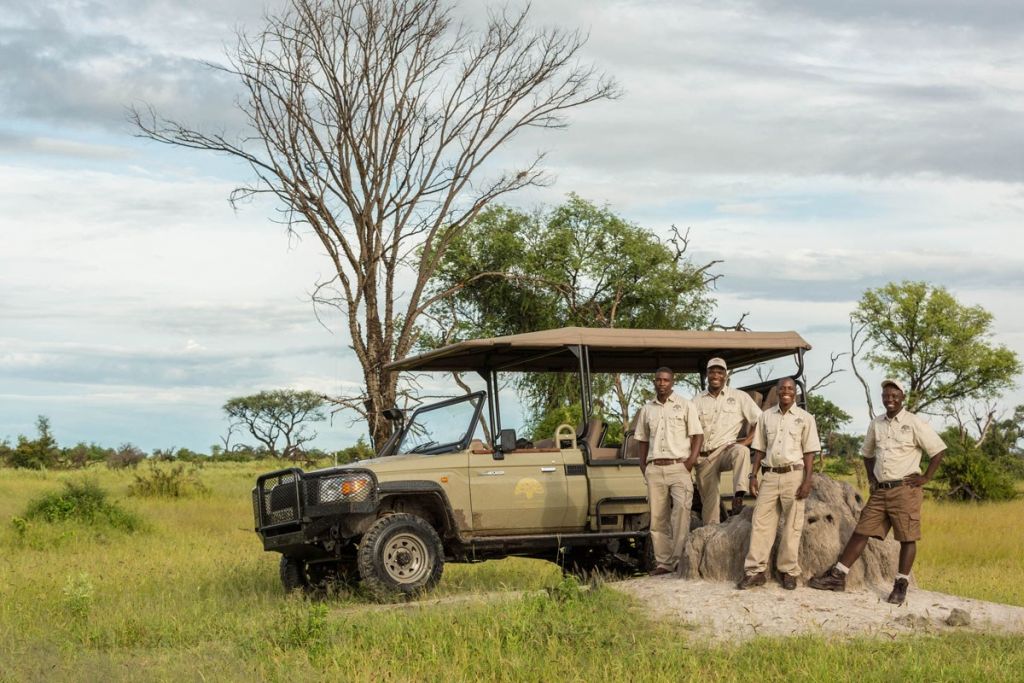 Aardvark Safaris is shining a light on just a few of the many lodges that are continuing to provide invaluable support to communities and conservation in the current climate.

Alice Gully, co-owner of Aardvark Safaris, says, “Our aim is to keep supporting camps and to inspire travellers to think about future safaris in Africa. It is crucial that clients continue to keep planning for 2021, in order to provide hope and to sustain the industry”.

Last year travel and tourism contributed over $42 billion [Source: World Economic Forum] to sub-Saharan Africa’s GDP, of which a proportion goes to conservation and community projects. Alice says, “The sharp decline of tourism and global economic fallout is leading to large-scale job losses across Africa. Support will undoubtedly be needed for local communities in the coming months, and there is a concern that poaching may increase.”

Ant’s Reserve – Rhino Patrols on Horses in South Africa
At Ant’s Reserve in South Africa, where one of the most exciting activities is encountering white rhino on horseback, the team is aware that the lockdown makes them vulnerable to poachers. In just 48 hours, reports emerged of seven rhinos being poached in two different South African reserves, so lodge owner Ant Baber and his staff are on high alert. Many of the rangers that form part of the 24-hour guard on Ant’s Reserve chose to spend lockdown at Ant’s, and the team is doubling up on security by using the horses to make anti-poaching patrols, keeping them fit and healthy at the same time. They are even, when moonlight allows, heading out on night patrols on horseback.

Lewa – Protecting Rhino and the Community in Kenya 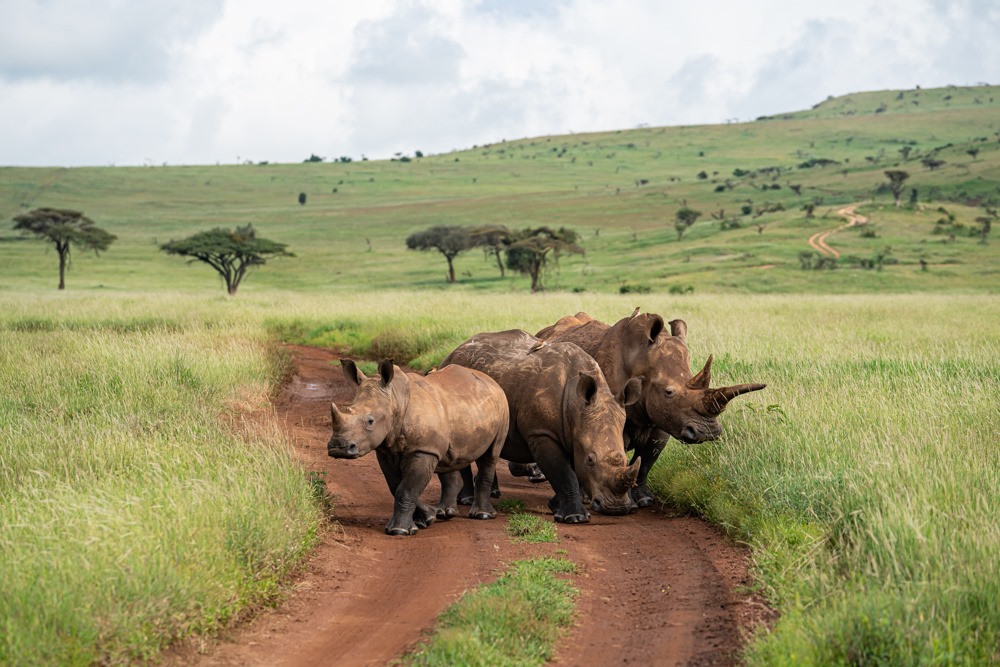 Lewa’s Wildlife Conservancy will focus on four areas to best support its most valuable conservation and community projects. Despite the huge loss in support through tourism, they will continue with the following projects: Security and anti-poaching for the critically endangered black rhino, which in partnership with Northern Rangelands Trust ensures continued protection for more than 10 million acres in northern Kenya.

The Lewa Health Programme, which helps service 50,000 people through four clinics supporting communities around Lewa and ensures marginalized populations in remote areas can access basic healthcare and health education. The Women’s Micro-Credit Programme, which offers micro-loans to thousands of women whose small businesses are financial lifelines for their families, and will be even more vital in an economic downturn. Approximately 1,800 women and their families currently depend on this programme. Finally, Lewa will continue its commitment to the Educational Programme and the 400 children who depend on Lewa’s Bursary Pool Fund for school tuition, meals and materials.

Wilderness Safaris – Funding Anti-Poaching in Zimbabwe
Wilderness Safaris’ Sustainability Fund has reallocated money originally destined for an accommodation project to ensure that the Hwange’s Scorpion Anti-Poaching Unit can continue to operate for the next eight months. This will allow the Zimbabwean-based team to maintain its crucial year-round presence within the park, which is vital in the fight against poaching.

As the largest national park in Zimbabwe, Hwange is a significant tourism asset to the country, and Wilderness Safaris is determined to help preserve it with eyes ground to curb poaching activities. 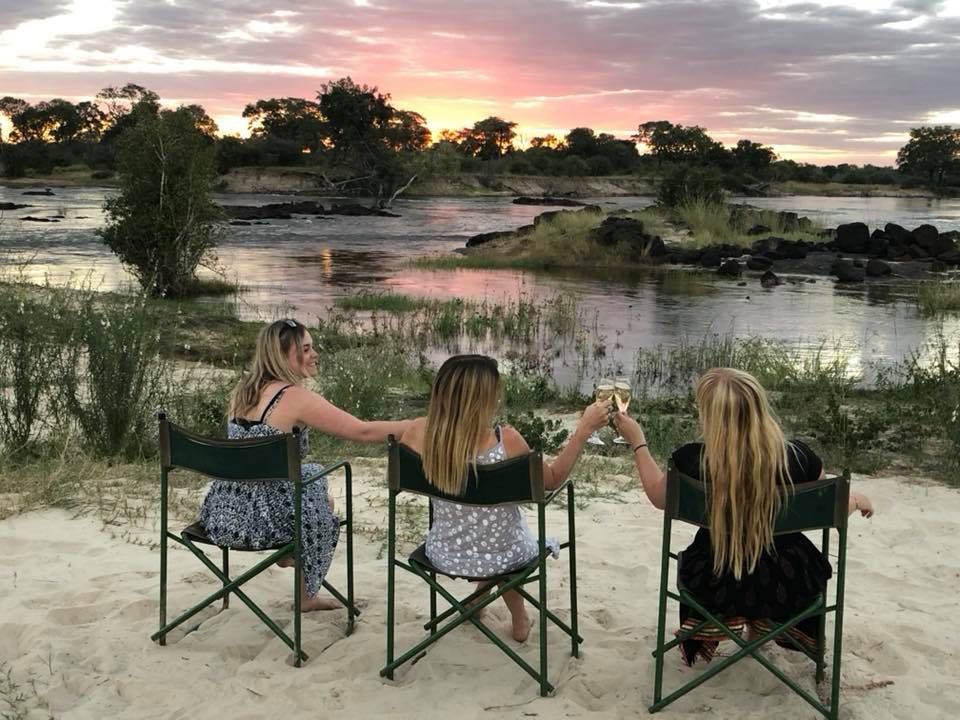 Tongabezi Lodge is running support projects to protect the local Simonga Village communities against coronavirus. Work includes providing information in multiple languages and giving the vulnerable special attention. Although the disease has not yet infected anyone in Simonga Village, the team is taking time to search out and educate village elders, those that live alone or in large family groups, and anyone who is otherwise vulnerable to the disease. The next step will be setting up a delivery system for food and hygiene necessities so that villagers can isolate as much as possible.

Samara Karoo Lodge – Rewilding in South Africa
Samara Karoo Lodge is a rewilding pioneer, turning some of Africa’s marginal farmland into protected areas and reintroducing native flora and wildlife to the land. Ultimately, the aim is to open up a vast wildlife corridor for elephants to traverse their ancient migratory route from the Karoo to the coast.

The lodge has turned to nature’s smallest guards, a widely used, but little known weapon in the conservation arsenal – the honeybee. Many animals, especially elephants, will avoid beehives because of the danger of being stung. At Samara, these honeybees will be used to protect iconic trees on the reserve, including an 800-year-old Shepherd Tree, from bull elephants and other wildlife.

The owners of Musekese are prioritizing their staff’s continuous employment and therefore the future of Kafue National Park, where they operate. All staff are keeping busy with maintenance and rebuilding the camp, ready to welcome guests once travel is possible. Two new members have been added to the team, and they will focus on conservation research, grant procurement and proposal writing. Last year 70% of Musekese Conservation’s operating costs were covered by tourism, and the hope is that with some key grants they will be able to continue the conservation work in Kafue National Park throughout 2020.