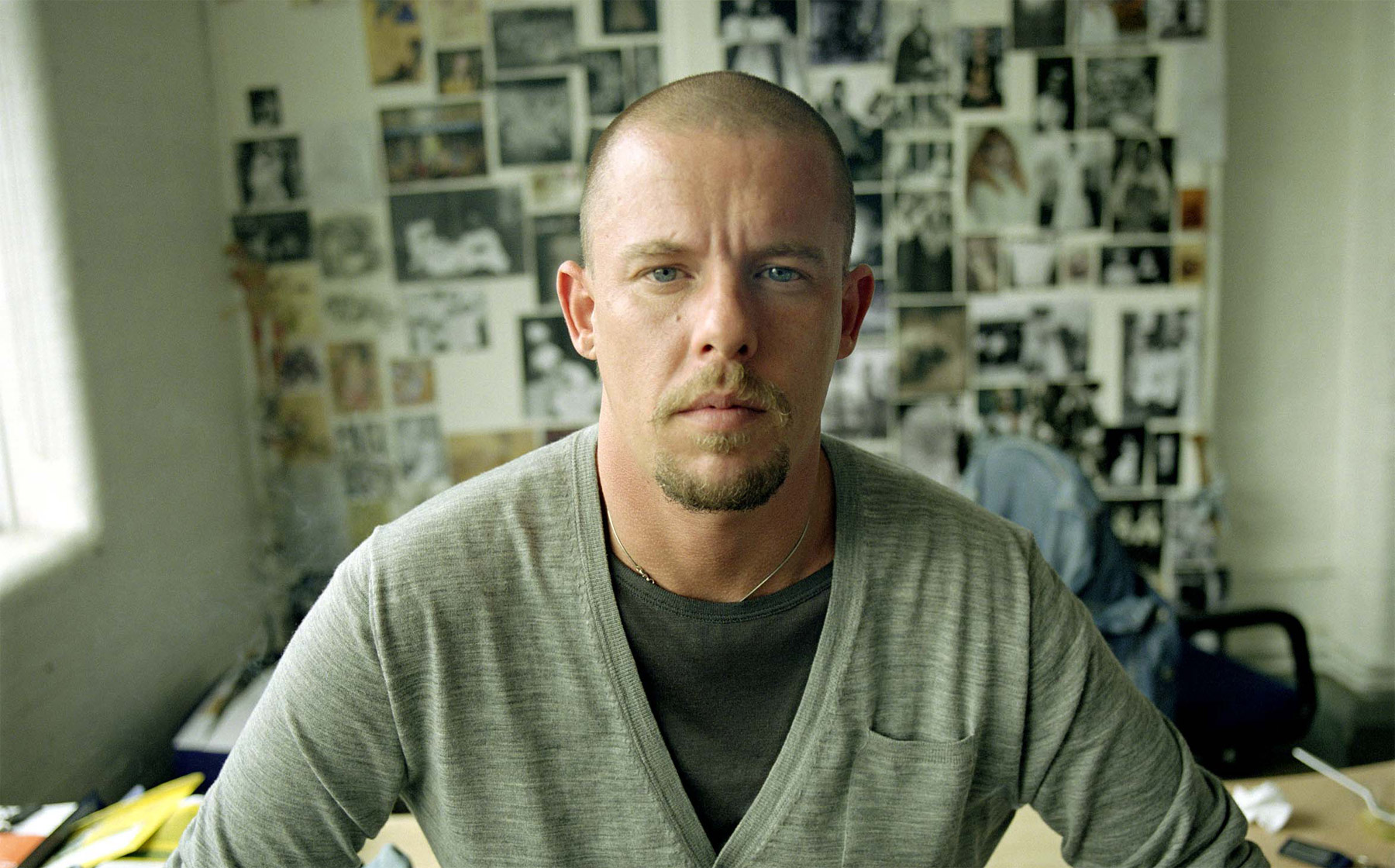 The upper floors of Alexander McQueen’s London residence at 17 Dunraven Street in Mayfair have been refurbished and interior designed into a luxurious 1,790 sqft duplex penthouse that provides a luxurious celebration and homage to the fashion designer’s life and unique style. 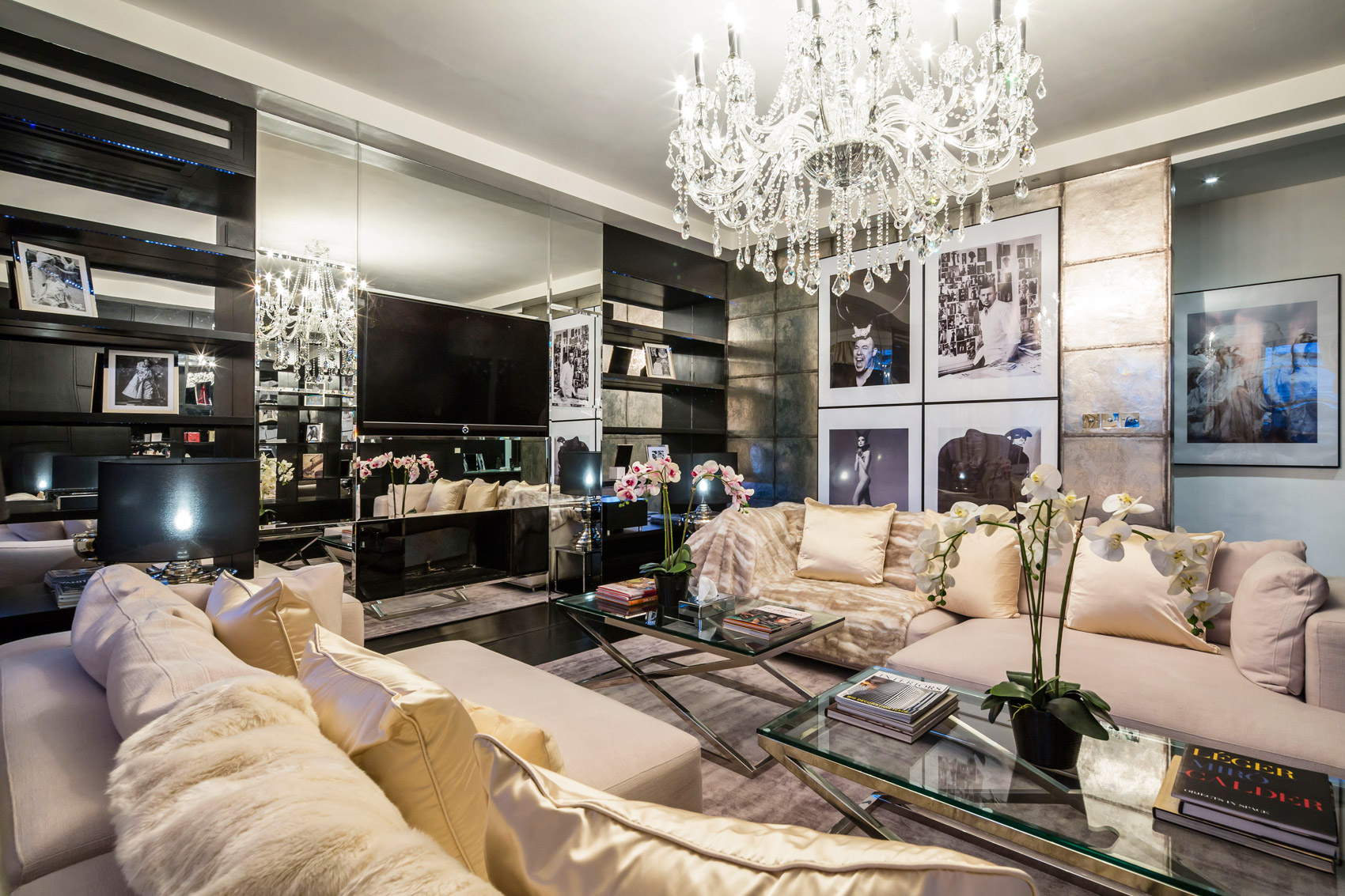 The result of a meticulous 16-month refurbishment and interior design project by international design house Paul Davies London, the penthouse provides an insight into one of the world’s most celebrated British fashion designers. Features include striking portraits of Alexander McQueen, photos of his famous muse Isabella Blow and Annabelle Neilson, and fashion shots of McQueen’s iconic clothing. References to McQueen’s trademark skull motif and headgear are fused with wall mirrors and signature black, cream and silver, crowned by a spectacular roof terrace. 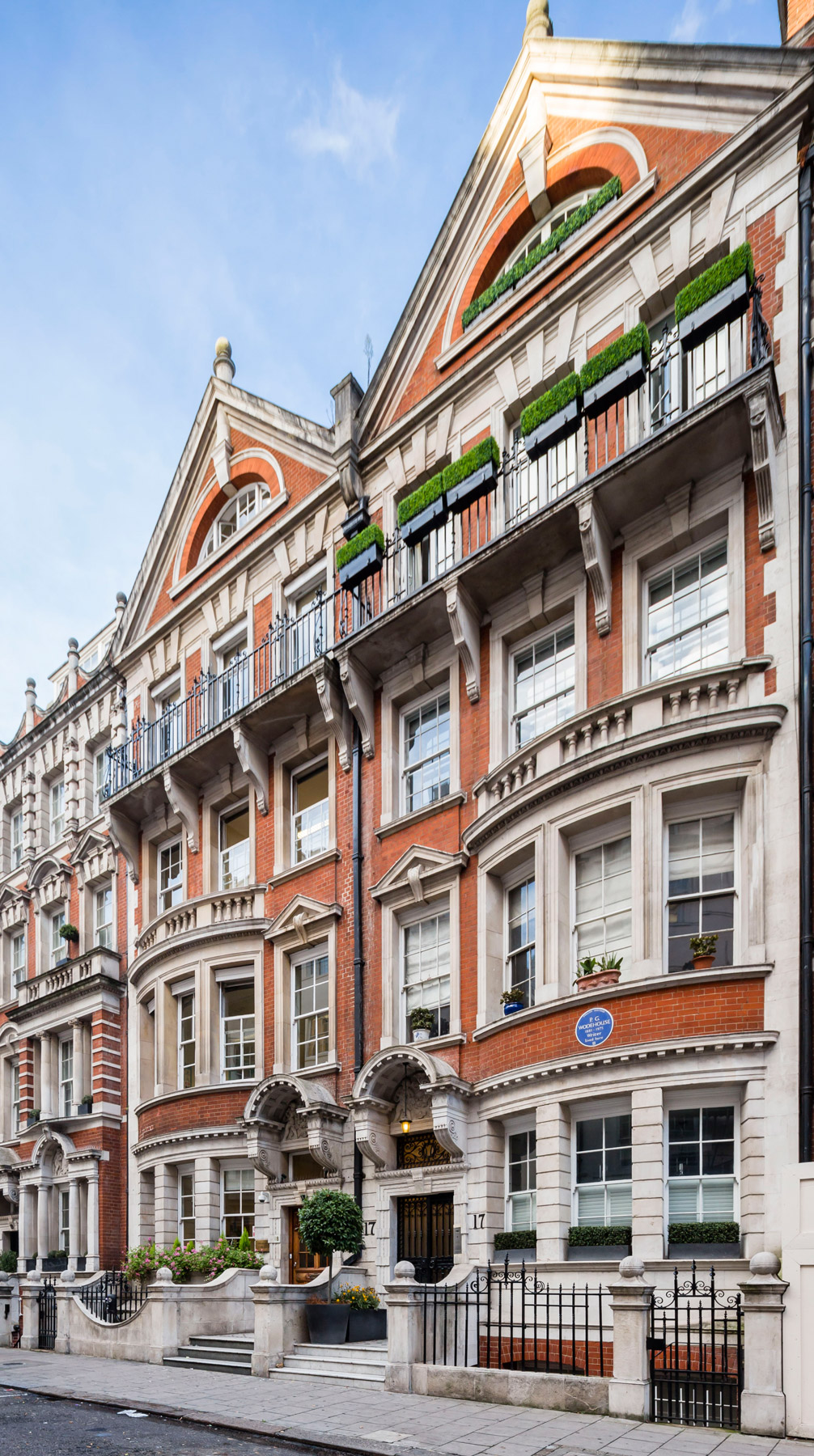 Built in 1897 as a townhouse, 17 Dunraven Street was until 1920 the home of His Highness Alexander Mountbatten, 1st Marquess of Carisbrooke; grandson of Queen Victoria and relative of Loius and Philip Mountbatten. Then, until 1934, it was the home of author PG Woodhouse (1881-1975), recorded via a Blue Plaque placed on the property by HLM The Queen Mother.

After 1945 the townhouse was converted into apartments. In April 2009 the majority of the property was purchased for a reported £2.525 million by fashion designer Lee “Alexander” McQueen (1969-2010) who began plans to transform it back into a single home for himself, renting a flat at 7 Green Street whilst he oversaw the redevelopment. The project was close to McQueen’s heart and something he spoke about to journalist Godfrey Deeny of Harper’s Bazaar just a few weeks before he tragically took his own life in 2010. After McQueen’s death, the lower floors of 17 Dunraven Street were acquired by an investor, repackaged and sold in late 2013 as a maisonette.

Unfinished and abandoned, the upper floors were left to languish until leading interior designer Paul Davies of Paul Davies London was commissioned to transform the interiors into a luxurious new penthouse.

Paul Davies London researched Alexander McQueen and began a multi-million refurbishment project to transform the interiors into a 1,790 sqft duplex providing an uplifting celebration of the fashion designer’s life and style. 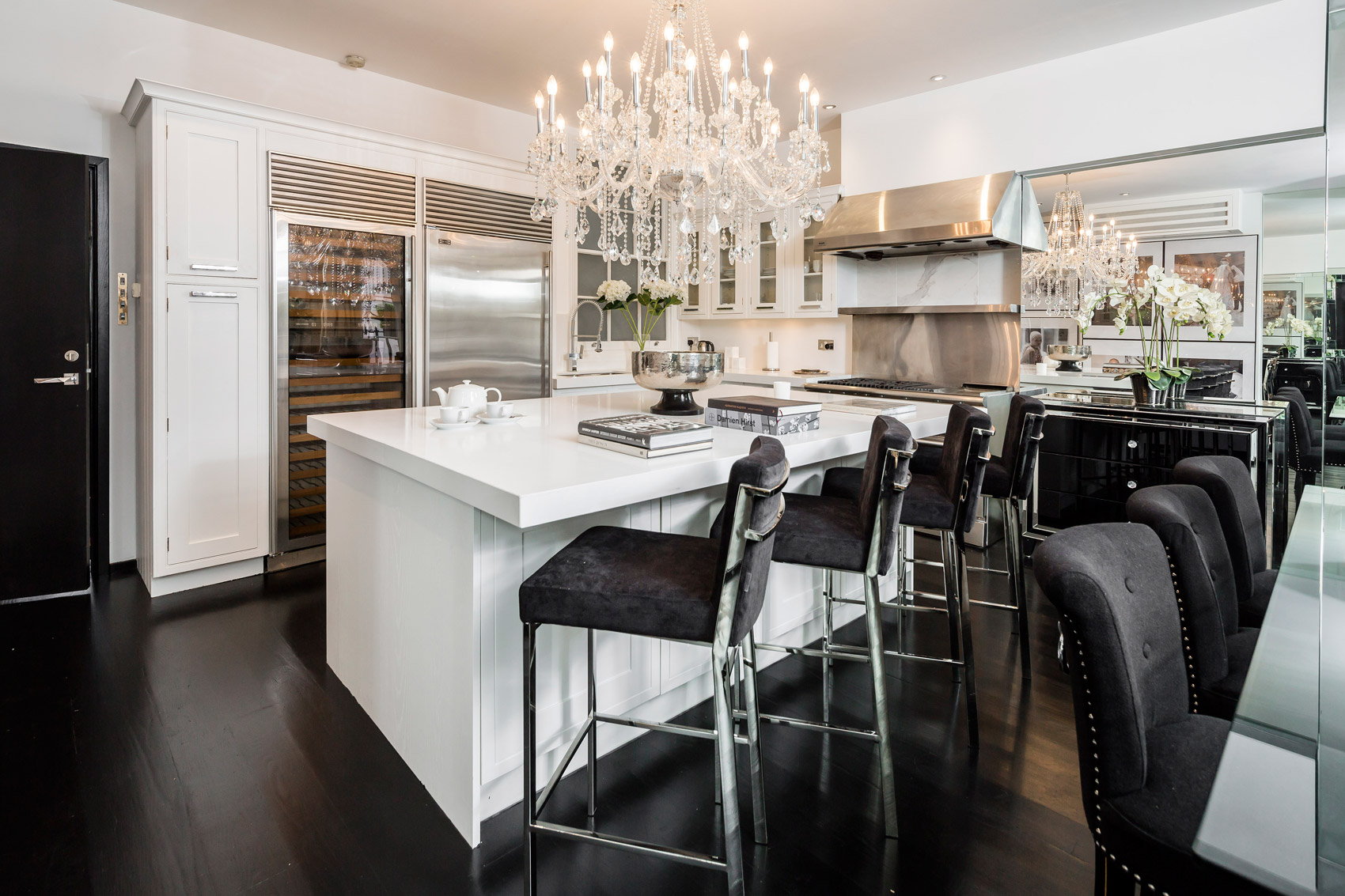 The lower floor provides the reception and entertaining spaces. The heart is a spacious kitchen and dining room. The bespoke kitchen by Clive Christian has a central island with breakfast bar, professional chef range Sub-Zero appliances, wine chiller fridge, white fitted units and cupboards. Above the island is a chandelier.

To one side of the kitchen is a spacious 10-seat dining area with three sets of French doors opening onto an outside terrace that spans the façade of the penthouse. On one wall of the kitchen/dining room is a gallery of oversize Alexander McQueen portraits, incorporating photos of his various muse and iconic clothing.

The lower floor has a spacious reception room with 3.2 metre (10.5ft) high ceiling; one wall has a central feature fireplace surrounded by mirror work and bespoke cabinetry; the opposite wall graced with recessed bespoke shelving. In a reference to the fashion designer there is a wall lined with Cole & Son silver leaf wallpaper dressed with famous portraits of Alexander McQueen. Cream sofas and glass coffee tables complete the interior, alongside side tables topped with Alexander McQueen inspired skull motif lamps with black shades. 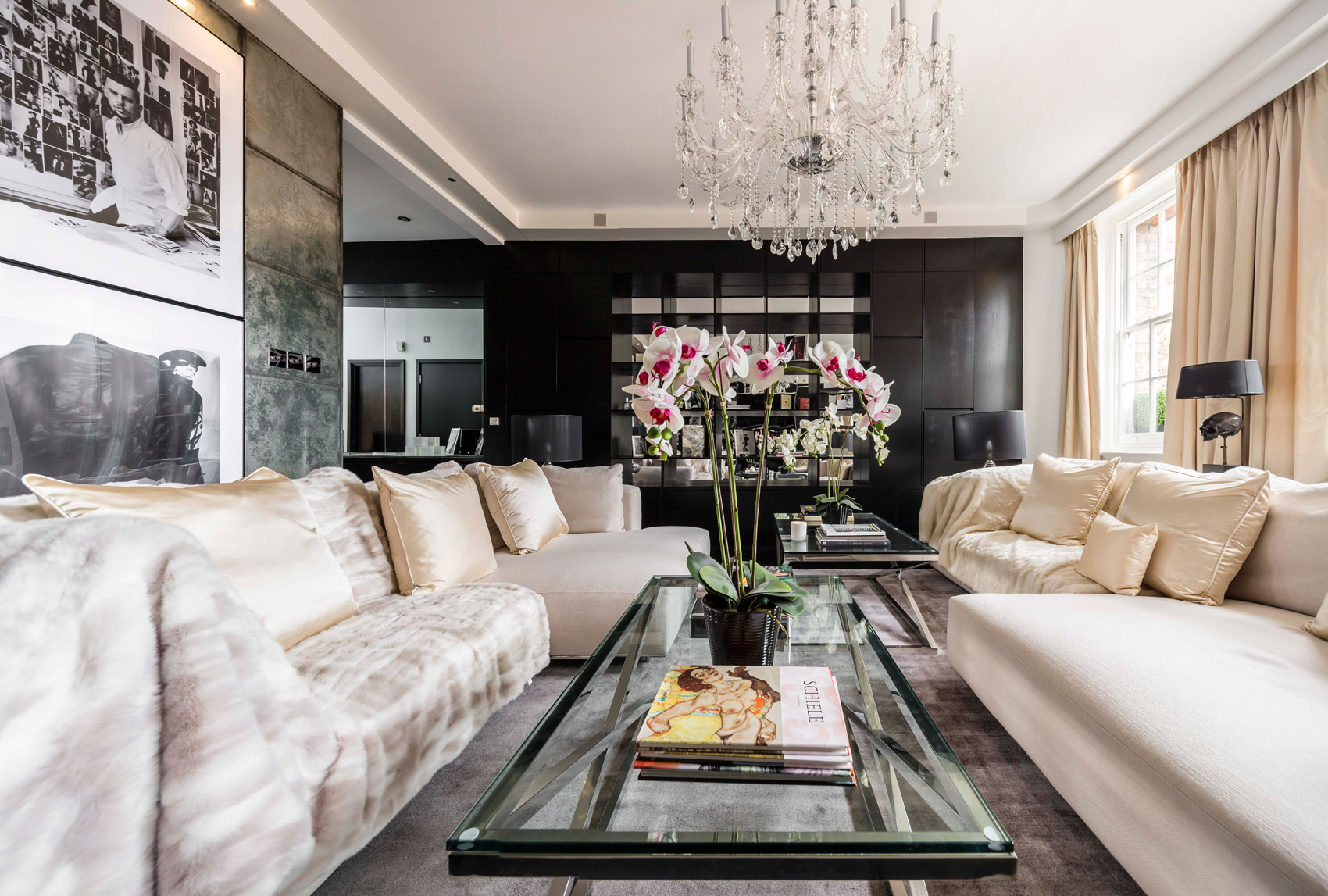 The reception room and kitchen are linked by an entrance hall, forming an ingenious “catwalk”, with floor cabinets topped with pictures of Alexander McQueen and his clothing, with the wall lined with mirrors. The duplex floors are linked by a galleried staircase with a 4.5 metre (15ft) high ceiling. Antiqued mirrors and silver leaf wallpaper line the stairwell, with an Italian chandelier hanging from the ceiling. 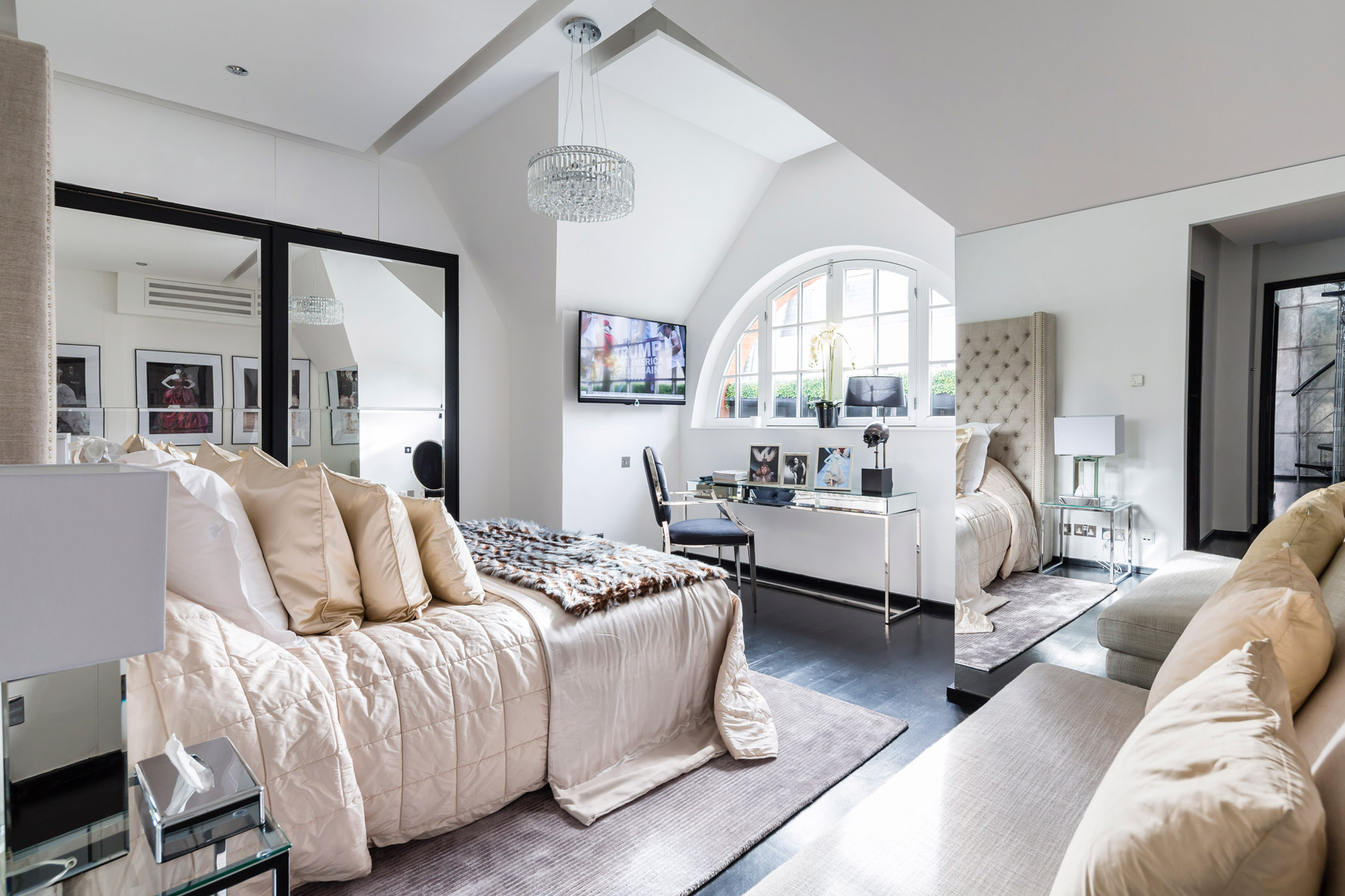 There are two VIP bedroom suites on the upper floor. One has a bedroom with dressing area and day area, the other has a bedroom with mirrored pocket doors giving access to a walk-in dressing room lined with mirrored built in wardrobes. All joinery is bespoke with crystal door handles made by Salice Paolo in Italy. There are two luxurious marble bathrooms on the upper floor, both lined with the finest rare Calacatta marble slabs with bold veining. 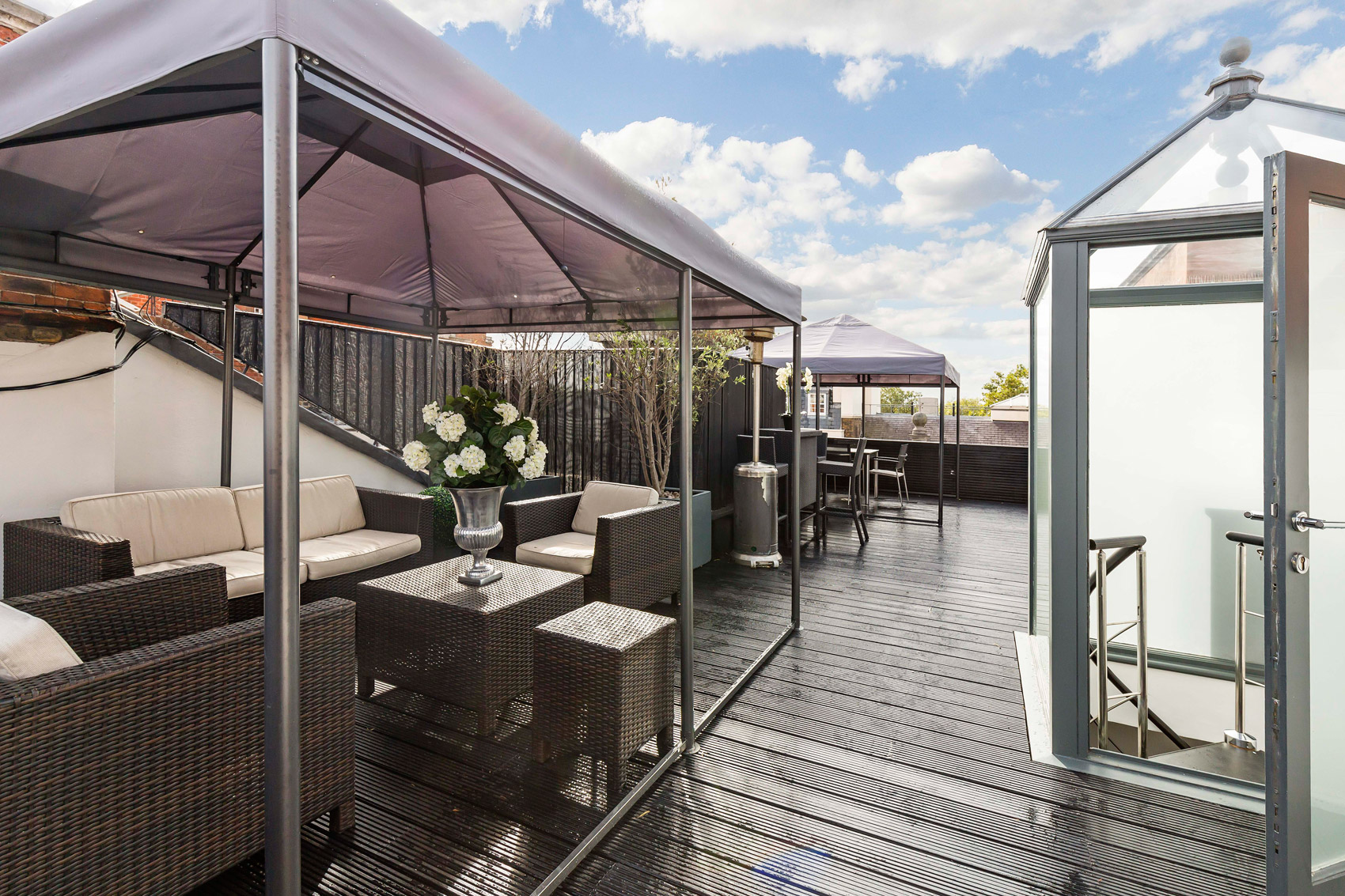 The upper landing has a chrome spiral staircase leading up to the roof terrace. Alexander McQueen gained planning permission for the roof terrace, but it was never completed. Now realised, the black timber decked space forms a spectacular 2,400 sqft entertaining venue with two living areas dressed with outdoor furniture topped by bespoke awnings, complete with outside kitchen and planting. The roof terrace provides views over Mayfair. Outside the penthouse is a lobby area with wall mirrors and prints, forming a glamorous arrival, accessed via lift or stairwell. 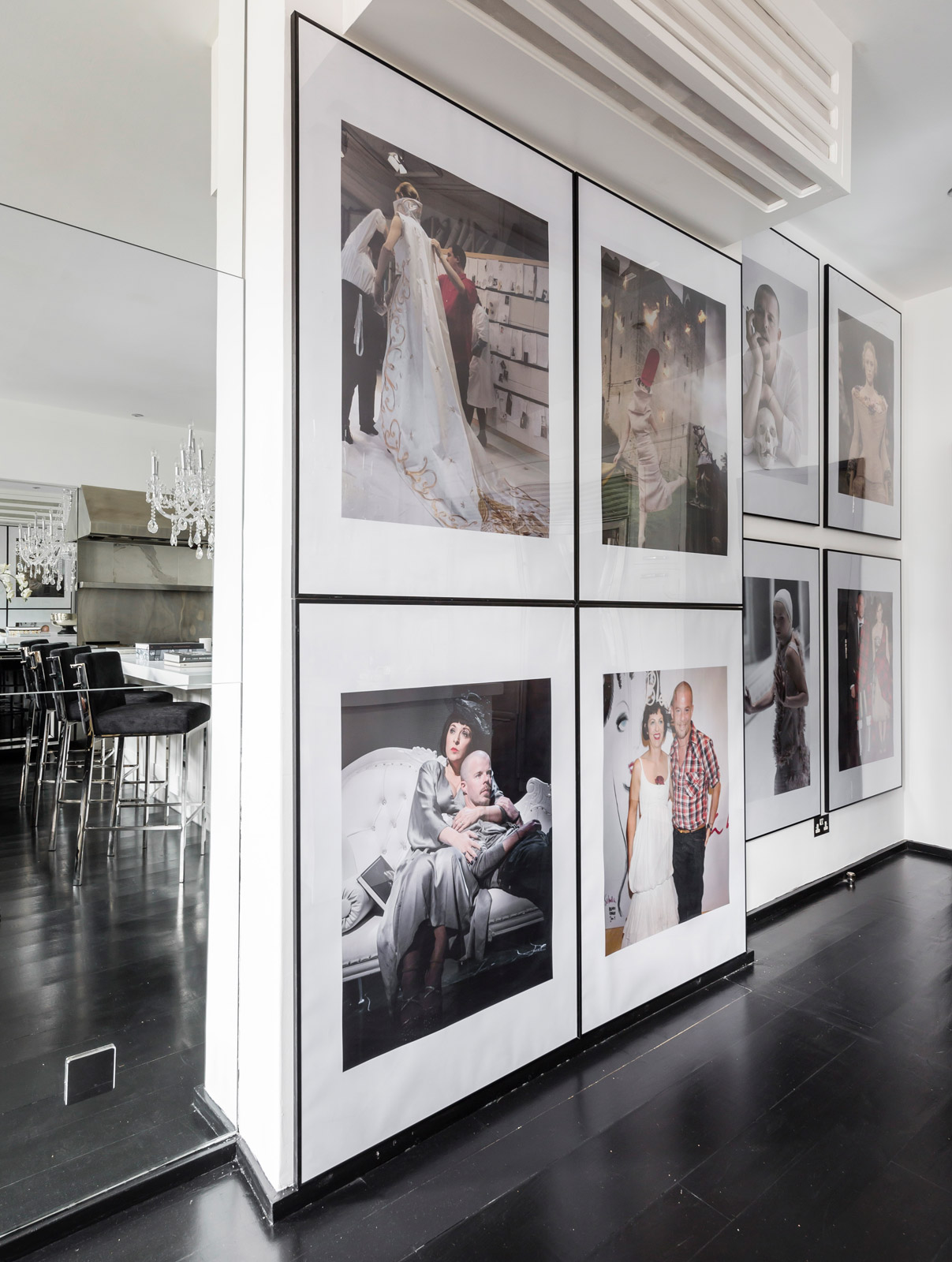 Peter Wetherell, Chief Executive of Wetherell said: “The fashion-celebrity, literary and Royal connections provide this spectacular penthouse with an outstanding and interesting provenance. The Art Deco and fashion inspired interiors are luxurious and glamorous whilst the terrace and roof garden provide outside entertaining space.”

Harvey Cyzer, Partner at Knight Frank (Head of Mayfair & St James’s) says: “This stunning penthouse has been painstakingly refurbished and has all the glamour you associate with one of the world’s most iconic fashion designers: Alexander McQueen. It is part of a very exclusive selection of newly refurbished apartments in Mayfair that offer all the mod cons desired by high-end purchasers.” 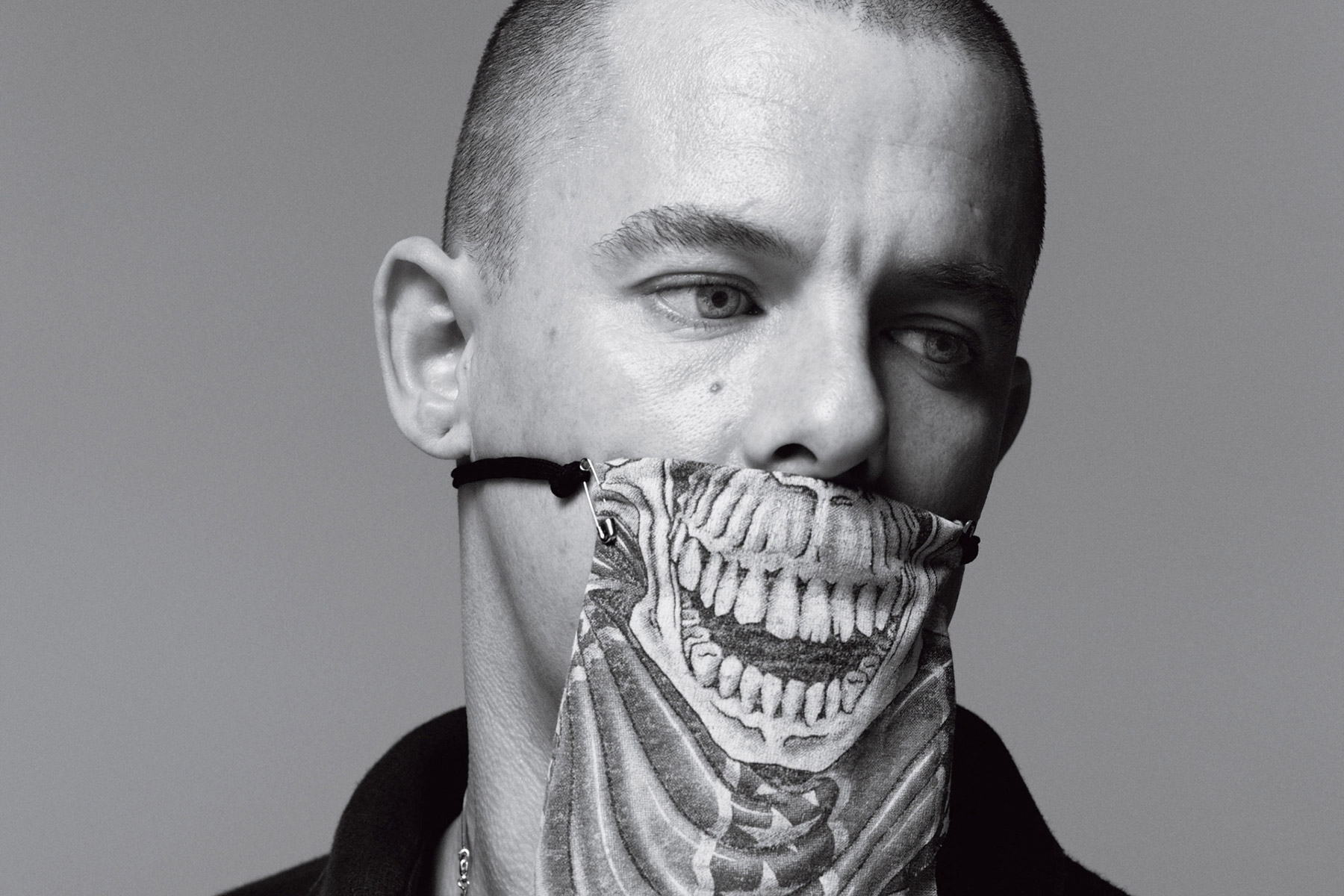 Silentnight Pledges to More Than Halve its Carbon Emissions by 2030