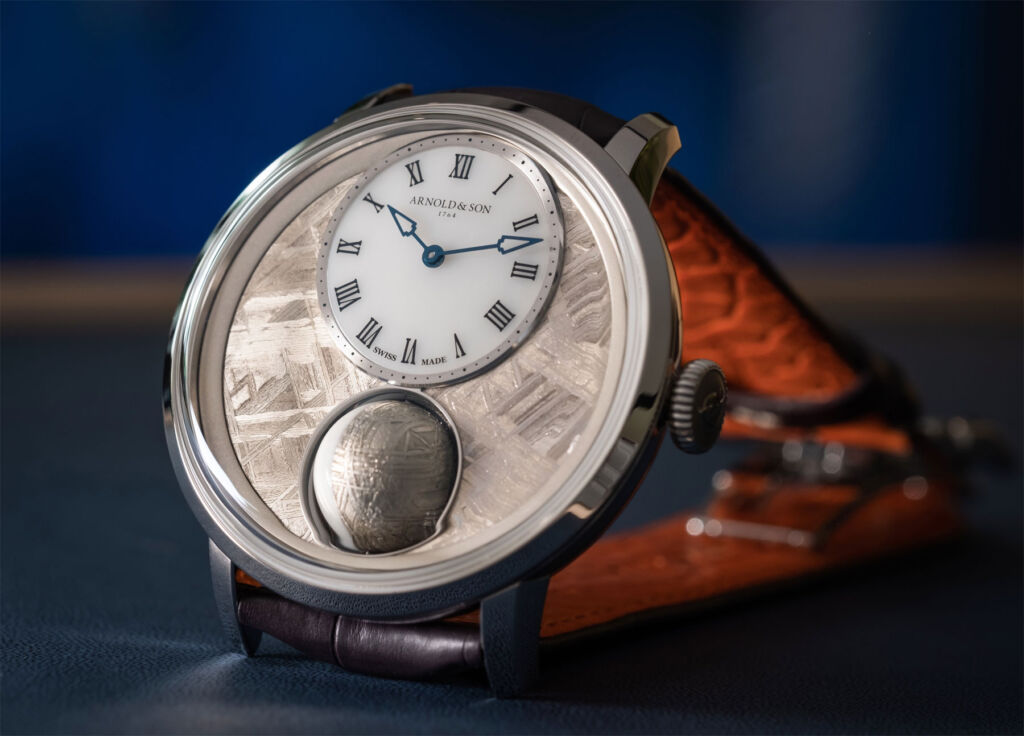 The luxury Swiss watchmaker Arnold & Son has created a timepiece that we could say is out of this world. Called the Luna Magna Platinum, the watch contains fragments from a meteorite and opal and boasts an extraordinary three-dimensional moon on its dial.

The fascination with space and all things astronomical started with the Greeks and Egyptians and continues through today. The pull of the Moon and planets is something Arnold & Son finds appealing and enjoys working into some of its models, such as the new Luna Magna Platinum Meteorite and Opal. The watch connects you with the Galaxies and Universe.

The Luna Magna Platinum has a spherical astronomical moon adorned with a sand-coloured PVD-treated meteorite dial surrounded by a platinum case. The limited edition model features pieces of meteorite also to form the Moon in shadow. At night the watch glows distinctively due to the Super-LumiNova coating on its moon hemisphere and opal subdial. 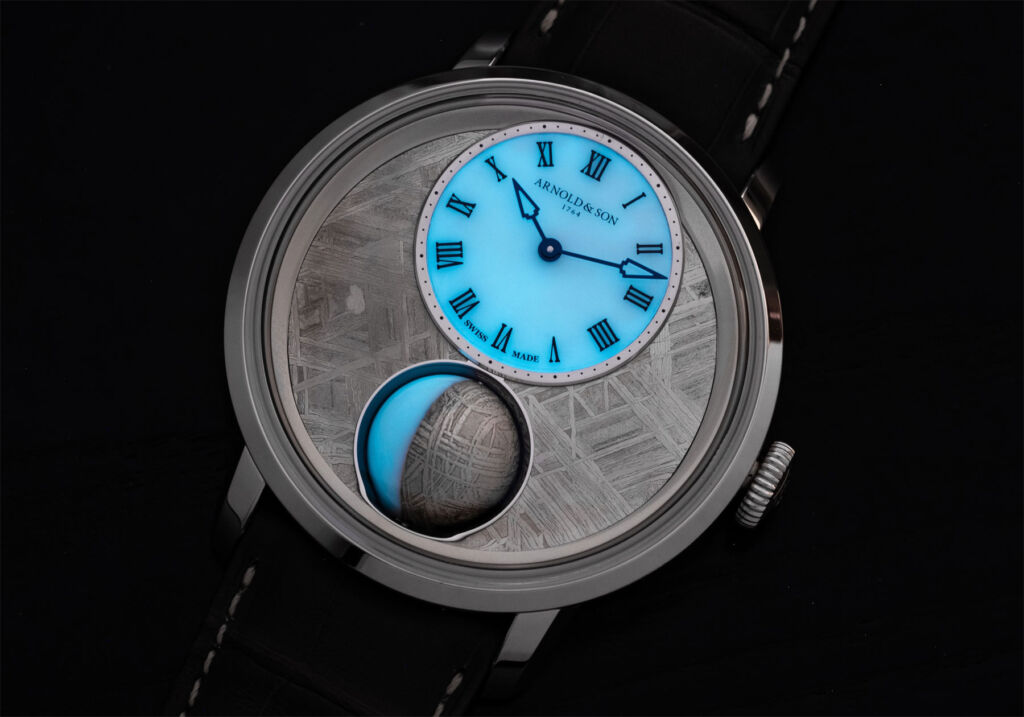 The understated shine of the platinum case proves the elegance of this limited edition of twenty-eight pieces. You will love the satin circular-grained finish, with the hour and minute subdial crafted from white opal, a semiprecious gemstone known for its delicacy and purity.

The display is off-centred, so it frees up the dial, adorned with a sizeable sand-coloured meteorite disc. At the 6 o’clock position, the three-dimensional Moon is crafted from the meteorite and Cacholong opal, which lend themselves to sculpting because of their properties. 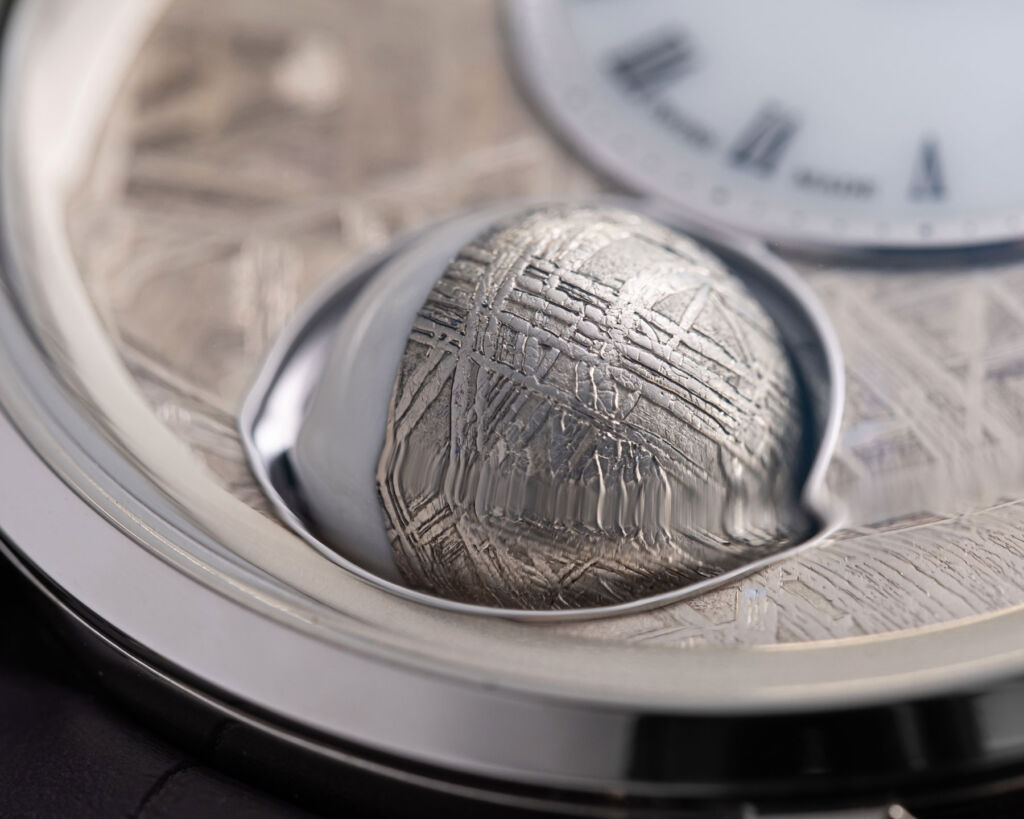 Arnold & Son chose an octahedrite class meteorite that showcases the “Widmanstätten patterns”, which are instantly recognisable for their jagged crisscrossing structures. The grey-beige shade PVD treatment mimics stardust and highlights the striking geometric motifs, creating a sense of harmony with the Luna Magna Platinum’s astronomical complication. 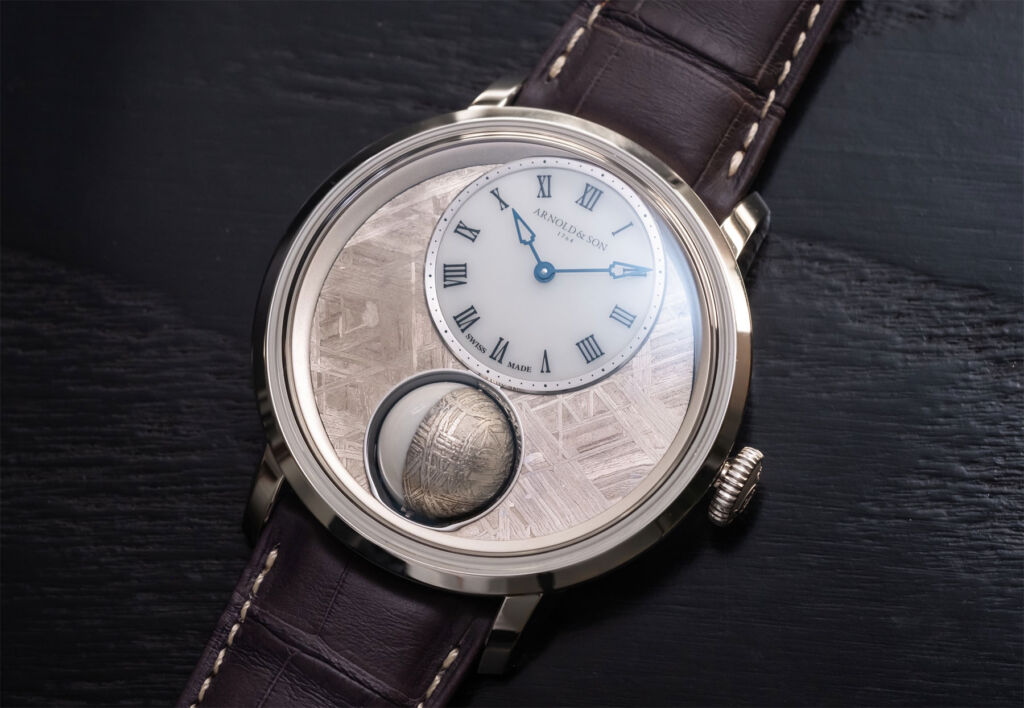 The various materials catch the light and give this timepiece multiple different faces. The platinum has a cool hue tempered by the milky whiteness of the various opals and iridescence of the meteorite. Arnold & Son selected the gemstones for their properties and moon-like porcelain sheen, making it possible to add Super-LumiNova – invisible by day but glowing blue-green at night.

Arnold & Son’s sophisticated mechanics are also based on actual astronomical reality. A complete lunar cycle lasts 29 days, 12 hours, 44 minutes and 2.8 seconds. The Manufacture has replicated the cycle so the watch will not deviate over 122 years. When the day comes to adjust the watch, it is a simple process through the crown. The movement includes a secondary display detailing the age of the Moon on the case-back side. Its readable markings are designed for high-precision adjustments. 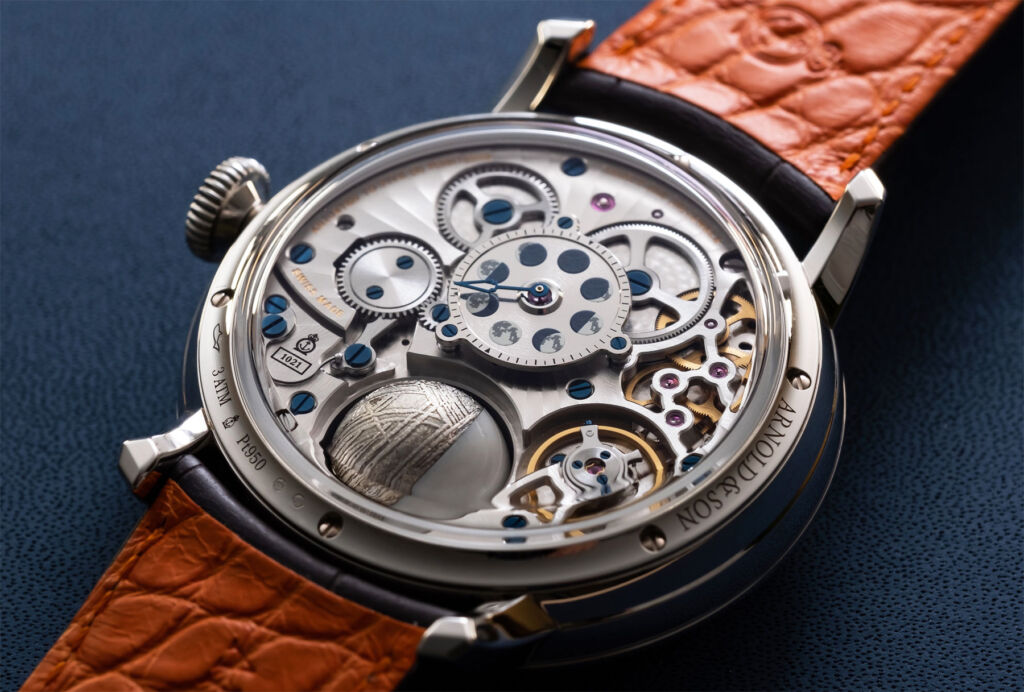 The Luna Magna Platinum is 44 mm in diameter with mechanical movement and manual winding, featuring a ninety-hour power reserve. You get an alligator leather strap with a platinum and titanium folding buckle. It is water resistant to 100 feet if you want to wear it swimming. The exquisite astronomical moon phases only require a one-day correction every 122 years, and there is a moon-phase indicator on the back. 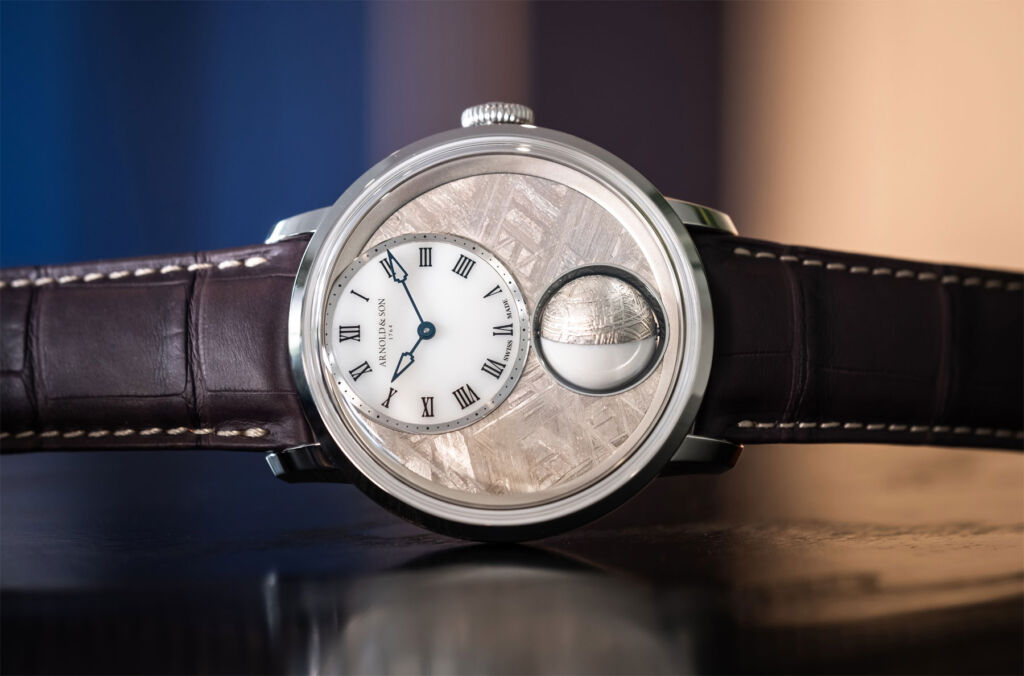 The Luna Magna Platinum is a limited edition​ range with only twenty-eight pieces priced at ​CHF 70,900. If you want to learn more about Arnold & Son and view its current range of timepieces and accessories, please visit https://arnoldandson.com.