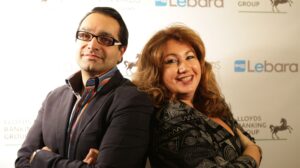 The second edition of the annual Asian Awards 2011, held in partnership with Lebara, has launched into its second year of celebrating the best in South Asian achievement. The House of Lords recently played host to 20 world-class leaders from the worlds of politics, business, sport, media, arts and technology – who gathered to choose winners from a short list of inspirational and pioneering people that have carved out their own places in history.

“With so many exceptional people from the South Asian community short listed for only 12 honours, its vitally important that they are not only judged by a panel of their peers but that the process is robust, transparent and intellectually rigorous,” said Chair of Judges Baroness Verma. “It’s exciting to have 20 esteemed judges from such a variety of fields in one room, and to see such lively debate.” 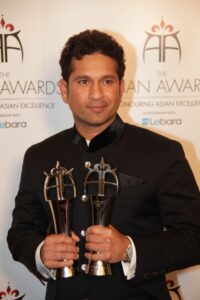 The Asian Awards were an ambitious idea conceived by Paul Sagoo, founder of consultancy Lemon Group, and realised by co founder Caroline Jackson Levy, Managing Director of UBM Awards. “Our goal was to celebrate the highest calibre of individuals from the Asian community across all spheres of activity,” said Sagoo. “Last year’s inaugural event was spectacular, and set the bar high for 2011. This year, we will take it a notch higher,” added Jackson Levy. In 2010, the Asian Awards honoured some of the most inspiring people in the South Asian community – from record breaking cricketer Sachin Tendulkar to world famous composer A R Rahman to legendary business leader Ratan Tata.

This year, judges at the Asian Awards 2011 brought their insight and expertise to panels for Business Leader, Philanthropist, Public Servant, Entrepreneur, and Social Entrepreneur of the Year to Outstanding Achievement in Music, Art & Design, Sport, Cinema, Television and Science.

“There are many entrepreneurs in the Asian community, so this year’s winner must combine outstanding business acumen and achievement with the best leadership skills, innovation and drive,” said Lebara CEO Yoganathan. “It’s an honour to help choose the leaders that the Asian business community should look up to.”

“The Asian Awards 2011 celebrate the achievements of those who, in many cases, came here with nothing and are now adding to the bottom line of UK plc,” said Hothi. “It’s important for Lloyds Bank Corporate Markets to be involved in identifying the successful individuals who have made a difference globally and are inspiring others in the Asian community to do the same – and that is central to our decision to return as sponsor for a second year.”

Among the judges for the media and arts categories were Sonny Takhar, Head of Marketing at SYCO Entertainment and Sony award-winning DJ and broadcaster Nihal Athanayake. “There aren’t enough opportunities to celebrate Asian talent at this level in this country in such a mainstream way,” said Takhar, who praised The Asian Awards as a major platform for showcasing talent to a wider audience.

“To be respected as an accolade you need outstanding people to receive it – and The Asian Awards have done that better than any other,” added Nihal. “These awards are about recognising the massive contribution made by the Asian community to this country, and the world, but they’re also about integration – because these nominees are citizens of countries outside Asia.”

“The Asian Awards are important because they inspire future generations to achieve great things,” concluded Daljit Jagait, VIP Relationship Manager at Jaguar. As official automotive partner to the Awards, Jaguar will this year be providing XJs for chauffeur services to winners attending the Asian Awards.

Winners of the Asian Awards 2011 will be announced at a glittering awards ceremony at The Grosvenor House Hotel on Park Lane, London on 18th October – and it promises to be a spectacular occasion. With some of the world’s most high profile trailblazers honoured in 2010, excitement is already building around who the recipients might be for an award at the Asian Awards 2011.