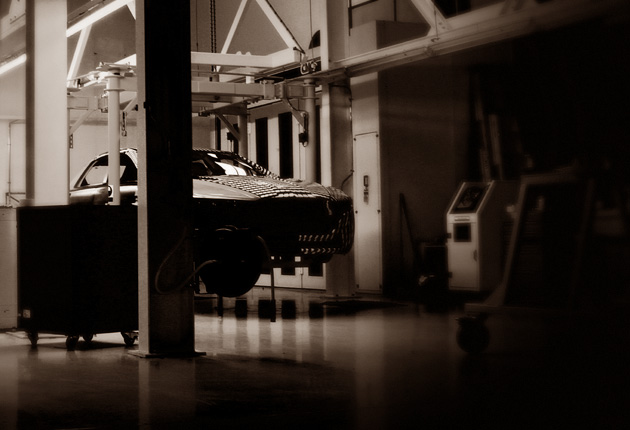 Aston Martin have announced a new exclusive super saloon that sees the return of the vaunted Lagonda nameplate.

Aston Martin have been on a roll recently as witnessed by the new supercars coming out of the renowned manufacturers factory. In addition to the V12 Vantage S Roadster and the CC100 Speedster Concept, a motorcar combining performance, nostaligia and extreme ability, they’ve now confirmed a brand new bespoke product programme for a new super saloon that will see the revival of the historic Lagonda nameplate in a strictly limited series.

As has traditionally been the case, the Lagonda badge will once again sit proudly on an Aston Martin super saloon. The words used by the Warwickshire based brand to describe the new Lagonda badge wearing super saloon are exclusive and luxurious, by pure conicidence, two of the titles within our our stable of magazines. We are very excited by this announcement and now look to Aston Martin to produce something worthy of the Lagonda name and the exclusive and luxurious tags.

It will be hand-built by the finest craftsmen and women at Aston Martin’s modern manufacturing facilities in Gaydon, Warwickshire in a dedicated building previously given over to the creation of the One-77 hypercar.

How can you get one of these Lagonda Super Saloons?

Unfortunately the new super saloon will be offered for sale by invitation only and, while pricing details remain confidential, the asking price will be commensurate with the car’s exclusivity, quality and luxurious nature with production from early 2015. So in a nutshell, it’s going to be exclusive, luxurious and a little pricey!