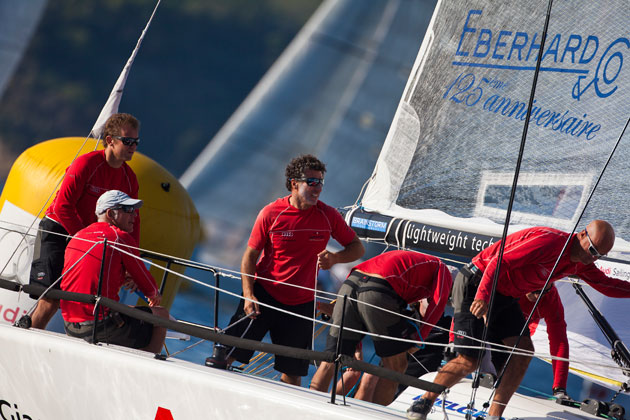 Few days ago, the 2012 sailing season of Audi Sailing Series Melges 32 came to an end in the warm sea of Naples.

Audi-Eberhard Melges 32 won this leg, leading the ranking for all the race, surpassing Fantastica, winner of 2011 edition, and Robertissima, protagonist of a good performance. Valid as the last Audi Sailing Series Melges 32 leg, the event crowned the winner of the overall ranking, which have been awarded with the Challenge Trophy offered by Fantastica, in quality of last edition champion, and a beautiful Eberhard & Co. watch, official timekeeper of the circuit. 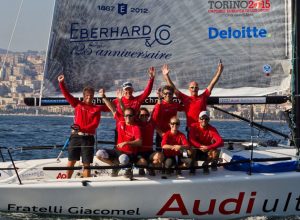 After 5 legs and 36 regattas Mascalzone Latino affirmed its supremacy, led by Vincenzo Onorato awarded with a Scafodat 500, an Eberhard & Co. timepiece perfect for the beach, sailing and leisure. The Audi Eberhard team ranked 3rd,  protagonist of a wonderful season full of successes and strong emotions.

Looking at the overall category ranking, we have to mention the extraordinary results of the Audi Eberhard Melges 24, which faced the World Championship: after the triumphs at the International Austria Cup, the Kieler Woche and the Torbole podium, the team also won the German Open Championship Melges 24 – valid race for the Melges 24 World Ranking – which sow the participation of 25 teams from four countries.

November will start with a last challenge for Audi Eberhard Melges 20: the Gold Cup, the final and most important Audi Sailing Serires leg (Naples, November 1-4) with 40 teams – coming from Europe and USA –  ready to fight an exciting race.