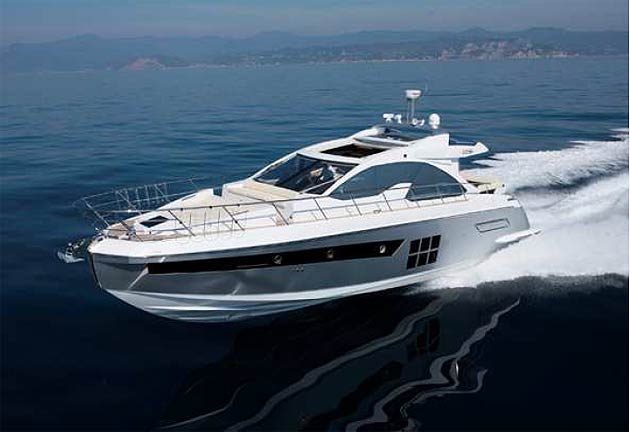 Azimut 55S and Atlantis 34 are two of the Azimut Benetti Group models that will make their very first début in the spanish market on the occasion of the Barcelona International Boat Show, scheduled September 26-30, 2012.

Presented by Marina Estrella, exclusive dealer of the two brands, these two boats are expected to be queens of the Catalana exhibition.

Eight Azimut yachts and three Atlantis models: this is how Azimut Benetti Group gets on the stage of the Barcelona International Boat Show. It is therefore up to Marina Estrella to present its clients – aside the new Azimut 555S – Azimut 45, Azimut 48, Azimut 53, Azimut 62S Italia, Azimut 64, Azimut 88, Azimut 105 and, as to the Atlantis production, in addition to Atlantis 34, also Verve 36 and Atlantis 48. 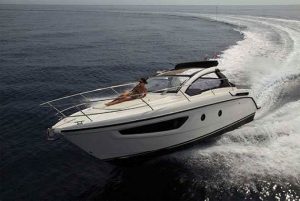 The agreement of exclusive dealership for Spain between Azimut Yachts and Marina Estrella, the most important boat distributor in the Iberian Peninsula dates back to March 2012 – thus to a very recent time – and results were immediately much more that satisfying so that the two companies decided to strengthen their collaboration. From September 2012 – only six months later – the exclusive dealership for Spain will include Atlantis and will be extended to Portugal. On the basis of these new agreements Marina Extrella acquires a new extremely prestigious brand while Azimut Yachs and Atlantis are in a position to offer to the Spanish and Portuguese market a qualified technical and commercial support up to their clients.

All the models on show in Barcelona – with special attention to the new 55S – and the new commercial agreement between Azimut and Marina Estrella will be presented in a press conference scheduled September 26, 2012, at 10.00 a.m. Booth Marina Estrella B372 – Port Veil by Giovanna Vitelli, Counsellor of the Azimut Benetti Group and Francisco Rivas, CEO of Marina Estrella. An exclusive cocktail for the launch of Azimut 55S.

Azimut 55S was presented for the first time at the Cannes Boat Show early in September and immediately rose attention for its strong innovative contents, that brought two “Yachts Trophy” Awards: one for “Most Innovative Yacht” and one for “Best Design & Interior Layout”. It arises from a desire to revolutionise this part of the sector: the three cabins are moved back amidships, leaving the space forward for the crew’s quarters. This layout has been made possible by the decision to install three 435 cv Volvo IPS 1 engines, freeing up some space aft. With this propulsion and various parts constructed of carbon fibre, the Azimut 55S offers excellent performance, a top speed of over 36 knots and a docile response at the single helm, with the reactions of a truly sporty vessel. And more than this, for the unusual solution of the bathing platform sliding into the door to the garage for the tender, together with the rigid hard top and other solutions on deck make the 55 a concentration of innovation that exploits to best effect the possibilities offered by the engines. The master cabin enjoys the usual hull windows, an idea first proposed by Azimut, and the VIP cabin too is illuminated by large lateral windows. The main deck is of a single uninterrupted level; thanks to the interplay of doors and hard top, it can become a single space in communication with the cockpit.

Atlantis 34, the latest from the Azimut Benetti Group’s Open “specialist”, was created for the upcoming boating season: it’s a completely new design, an aggressive response by Neo Design and the Atlantis Design Department incorporating the distinctive style and features of the larger models while entrusting the engineering to Seaway. Presenting a new model with a hull length of less than ten meters also signifies that Atlantis intends to resume its place in the medium/small sector. Atlantis 34 is the result of an impressive prerequisite, challenging to achieve: being contemporaneously a great open and a great cruiser. This means intensive effort was put into maximizing the open spaces as well as the interior areas, where you’ll find a master cabin separated from the rest of the interior in addition to a pleasant open space in the bow that is both convertible and well-lit thanks to the hull’s large windows.