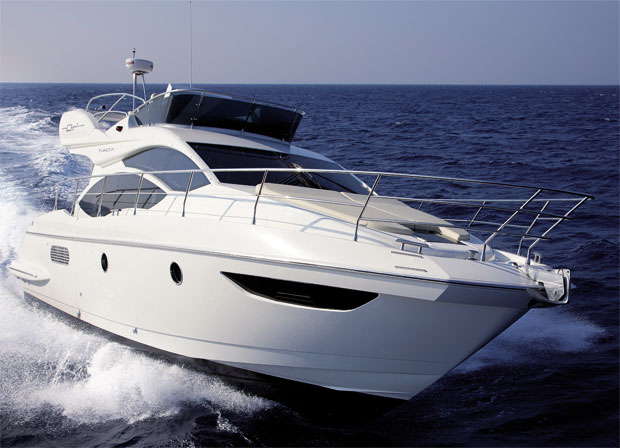 Azimut and Atlantis yachts in the heart of Europe. Four models on exhibit at Boot Düsseldorf 2012: Azimut 40S, Azimut 45, Azimut 60, and Atlantis 38.

Three Azimut Yachts models and the most recent addition to the Atlantis family are on exhibit. They include Azimut 40S, the entry level model for the sport collection, and Azimut 45, the flybridge motor-yacht which has already won Boat of the Year at Genoa. Azimut 45 has also been named a finalist for European Powerboat of the Year, an award which is given out in six different categories and which is being announced during the boat show. Also present will be Azimut 60, the innovative eighteen metre boat which places a high priority on privacy – in part thanks to the stern access to the crew areas – as well as Atlantis 38, the new entry level model rounding out the Atlantis range, a line which has been rejuvenated over the last two years with the restyling of the 44, the 48, and the 58. 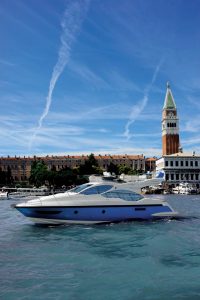 Azimut 45 is a large boat; it has more space and volume available than its competition, a feat achieved through intensive design work on the interiors and the fly. The interiors are available in two or three cabin versions, with a galley area on the lower deck unparalleled for its worktops and features. Outside, a modular system means the outdoor living area can convert into three different configurations including one with a lunch table and another as sundeck. Azimut 45 has been an instant success. It is one of the most attractively configured models for the Northern European market, a market largely composed of boat owners who like to skipper their own boats and as a result are looking for a manageable size, yet high levels of comfort and performance.

Meanwhile, for those who prefer to have a skipper as well as a high degree of privacy, the new Azimut 60 is the yacht which fills the bill. Its internal organisation is typical of larger yachts, with three spacious guest cabins in the bow area and crew areas in the stern. High performance is delivered by two 800 mhp Man engines. Azimut 40S is the entry level boat in the S Collection, the sporty range of the sea. Reaching speeds up to 35 knots, it has a dinette with openable hardtop as well as generous amounts of glazing making you feel like you are out in the open sea even when the boat is closed. Below deck there are two cabins and two heads, a cabin with a double bed in the bow and one with twin beds amidships.

Atlantis 38 is the entry model of the Atlantis open series; here, new style combines with the idea of an authentic Mediterranean boat, one which is both fast and comfortable as it races towards your favourite bay. Atlantis 38 has generous outdoor spaces and wellequipped cockpit as well as two comfortable cabins suitable for longer cruises. Boot Düsseldorf holds special importance for the Northern European market with its long tradition of pleasure boating. The event is held in the Messe Düsseldorf pavilions 21-29 January 2012, one of the largest fair zones in Europe. The Azimut and Atlantis stand is at the heart of pavilion 6 (position 6B09). It is the fair’s newest pavilion, fully outfitted to host the most prestigious boats at the Boot Düsseldorf exhibition.