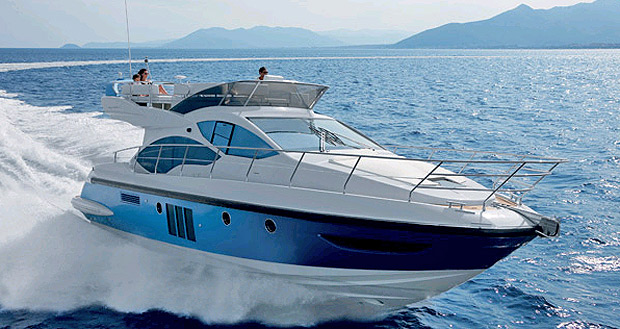 Twelve Azimut Yachts brand boats and five Atlantis boats will be exhibited in Collins Avenue to promote the Made in Italy label and the Italian production of yachts throughout the Americas.

The Azimut Benetti Group will be present at the Miami Boat Show for the 27th consecutive year: a not-to-be-missed world boating event as well as a key event for Latin American countries where the Italian group consolidated its leading position thanks to a specific sales policy and to major local production investments, the proof of which is Azimut do Brasil.

On the eve of the opening the CEO, Mr. Paolo Casani, stated the following: “the North and South American markets are constantly growing and our major investments are paying back. Being present in Miami is particularly important for us as in this area the great efforts put into the product and into the Italian technology have been rewarded. As a matter of fact we planned to make the “Made in Italy” label more and more appreciated and respected, to create a feeling of pride and interest towards the products of our country”.

In order to further strengthen its leadership within the American market the group recently signed an agreement with MarineMAX to sell and service Atlantis boats whose entire range has just been renewed.

No fewer than 12 Azimut yachts brand boats will be on display, from the entry-level model to the Azimut 95. A very wide range offering three collections, Flybridge, S and Magellano, thus meeting any navigation and economic condition. 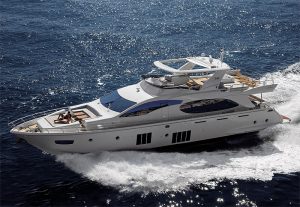 These collections stem from the boatyard’s commitment to constantly innovate its production and to offer more and more contents and quality to its customers. An approach that received international recognition with the Boat of the Year award given to the Azimut 45 at the 2011 Genoa Boat Show. An innovative boat boasting special comfort and living space. The two cabin version sets a new benchmark for the American market where interior liveability it’s paramount. A boat featuring the most ample galley counter top in her segment, a mid cabin lighted by a large side window, with a double bed which can be turned into two singles.

Azimut Magellano 50, introduced in the American market for the first time this year and winner of the UIM Environmental Award, is sailing towards success with the greatest respect for the environment. Fitted with distinctive features to maximize liveability such as the spectacular bow living area and with genuine substance as she has been built to Unlimited Navigation (NMMA Certification) and received RINA Green Class notation attesting to her long range cruising vocation.

Azimut 40S is the S series entry level model, a fast and comfortable sports boat which feels like an ocean-cruising coupé. Fitted with two comfortable cabins and two heads, unique in its segment, a top speed of 35 knots, dinette with a sliding roof and wide windows constantly offering a taste of the cruising experience.

In Miami, in addition to the Verve 36 the other four open models of the new Atlantis range wishing to offer a new style which blends new ideas and functions will be on display. This approach translates into genuine fast and comfortable boats fitted with generous exterior spaces and well-equipped cockpits. These boats intend to challenge the strong American competitors in the mid-size range boasting innovative contents and a hard-to-match Italian style. Atlantis 38 is the new entry-level model of this series. Fitted with twin cabins, confortable head and a wide range of options, such as the selection between two propulsion combination.

Atlantis 44 and Atlantis 48 share the interiors characterized by twin cabins, one of which is a full beam amidship, and two heads, both the 44 and 48 boast an enthusiastic vocation for sun-bathing, the 48 is fitted with a tender garage.

The well-equipped Atlantis 58 is a flagship in its own right, an almost modular boat which can be fitted with a deck door in order to offer a closed and air-conditioned living space on the main deck. She comes with three different interior layouts one can choose from: a third cabin, an office or a fitness area.

Miami has traditionally become home to two events running concurrently which span four different locations, the Miami International Boat Show & Strictly Sail and the Yacht and Brokerage Boat Show. The shows take place from February 16 to 20. The Azimut Group boats will be on display in Collins Avenue on Miami Beach (Ramp 31) where the boat show spans over a mile long strip of Indian Creek Waterway. The event is considered the most important in the United States and it also sets a benchmark for all the Americas with visitors coming from all over the Continent.

The Azimut boats on display will be: