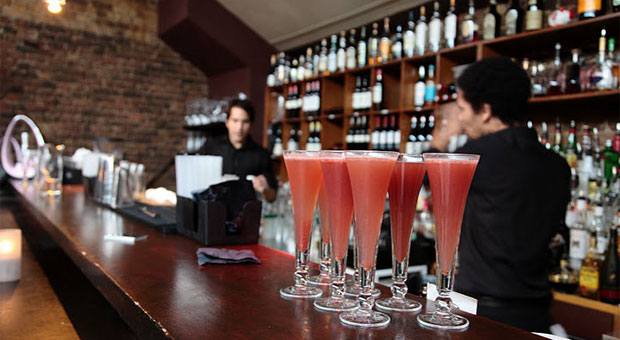 Bacanal has fast become the weekend gathering of choice for London’s elite. The up and coming UK based entertainment company has brought the popular New York style daytime party concept which to the capital on Saturday afternoons.

Bacanal was conceived a year and a half ago by five friends who wanted to bring the New York style ‘day party concept’ to London with a twist.  Thus, they launched Bacanal by combining epicurean food, eye catching entertainment and the party atmosphere of destinations such as St Tropez and Ibiza with over the top themes such as Las Vegas, Carnival, Circus and Safari.

The production of each Bacanal event is meticulously planned.   A “transition” marks the switch from brunch to party with sirens blaring, sparklers flaring and bottles flowing, creating a 3 a.m. club vibe at 3 p.m.   The DJ takes over and beautiful guests from around the globe dance away on tables, transforming the seemingly relaxed brunch into a Bacchanalian revelry.   The entertainment line-up regularly features well-known performers and spectacular acts ranging from top London DJs to Britain’s Got Talent contestants.

Bacanal has developed a fervent following among its jet-set invitation only crowd.  Its clientele are young, successful and international.   Regular guests work in everything from high fashion to finance, with models and bankers alike lining up to take part in the popular events.   Yet, what strikes many first-timers is that Bacanal feels like a close-knit social community. People who have just met seem to get along as if they have known each other for years – table hopping and sharing drinks freely all afternoon.

Since its inception, Bacanal has partnered with many well-known London venues from Nozomi and the Supper Club to Criterion and the Collection. The brand is now causing a stir by hosting its first brunch party of 2012 on January 28th at The Box, the infamous and exclusive Soho celebrity haunt.

Additional information on Bacanal and its upcoming events can be found on their website at www.bacanal.co.uk