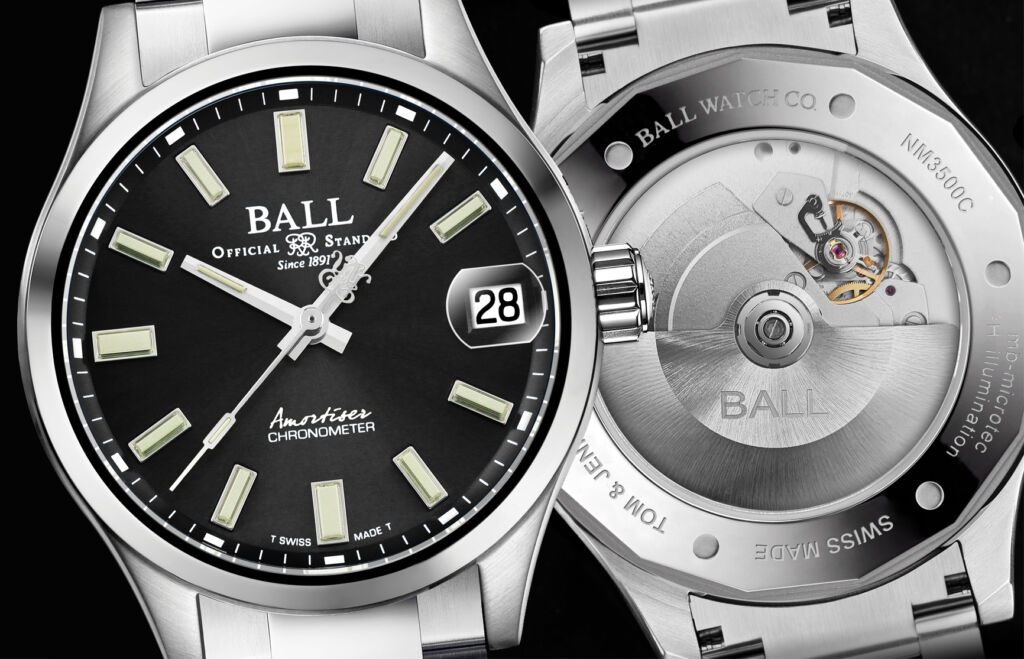 Ball Watch Co is well known for its robust timepieces and ability to withstand harsh conditions. It is apt that they have designed a range to celebrate conquering extreme environments and titled their new watch Endurance, the name of Sir Ernest Shackleton’s ship. The Engineer III Endurance 1917 GMT celebrates Shackleton’s epic tale of survival.

There have been remarkable achievements throughout history, most success stories such as the first person to climb Everest or the first person to walk on the moon. However, other notable events remain historic due to the incredible story of humans’ determination to survive. Ball Watch Co marks Sir Ernest Shackleton and his team’s astonishing feat of survival in the Antarctic.

The watch is called the Engineer III Endurance 1917 GMT, bearing the name of Shackleton’s ship, which transported him to attempt to cross the Continent of Antarctica.

“After the conquest of the South Pole by Amundsen who, by a narrow margin of days only, was in advance of the British Expedition under Scott, there remained but one great main object of Antarctic journeying – the crossing of the South Polar continent from sea to sea,” – Sir Ernest Shackleton.

In 1914, Sir Ernest Shackleton recruited a 28-member crew to brave the almost impossible mission to cross the Antarctic continent via the South Pole from one coast to the other. This journey had never been made before, and many volunteers wanted to participate.

On the 5th of November, the Endurance arrived at a whaling station in South Georgia, where the men stayed for about a month due to the burdensome ice conditions of the Weddell Sea. Shackleton’s crew left South Georgia on 05 December. The Endurance battled through thick ice and accomplished one thousand miles over six weeks, only one hundred miles away from its destination, when on 18 January 1915, the ice completely closed around the ship. Temperatures dropped to -20°C, and impossible to move the Endurance.

After spending several months on the ice pack, the Endurance finally got crushed and sank below the ice on 21 November 1915. The 28 men of the expedition were isolated hundreds of miles from land, with no ship, no means of communication, and limited supplies. It took some tremendous leadership skills for Shackleton to keep the crew going.

Knowing that nobody would come to rescue them in such isolated territory, Shackleton decided to leave with a handful of men to find help in the nearest inhabited place, some 800 miles away in South Georgia. Navigating on the James Caird, one of their lifeboats, using a sextant and a chronometer of unknown accuracy, they crossed a stormy ocean and relied on just a few appearances from the sun to reach their goal.

Against all odds, all 28 men survived after spending 137 days on Elephant Island. On 30 August 1916, the rest of the crew was finally rescued, more than two years after leaving London.

On 09 March 2022, the Endurance was retrieved in the Antarctic in a brilliant state of preservation. 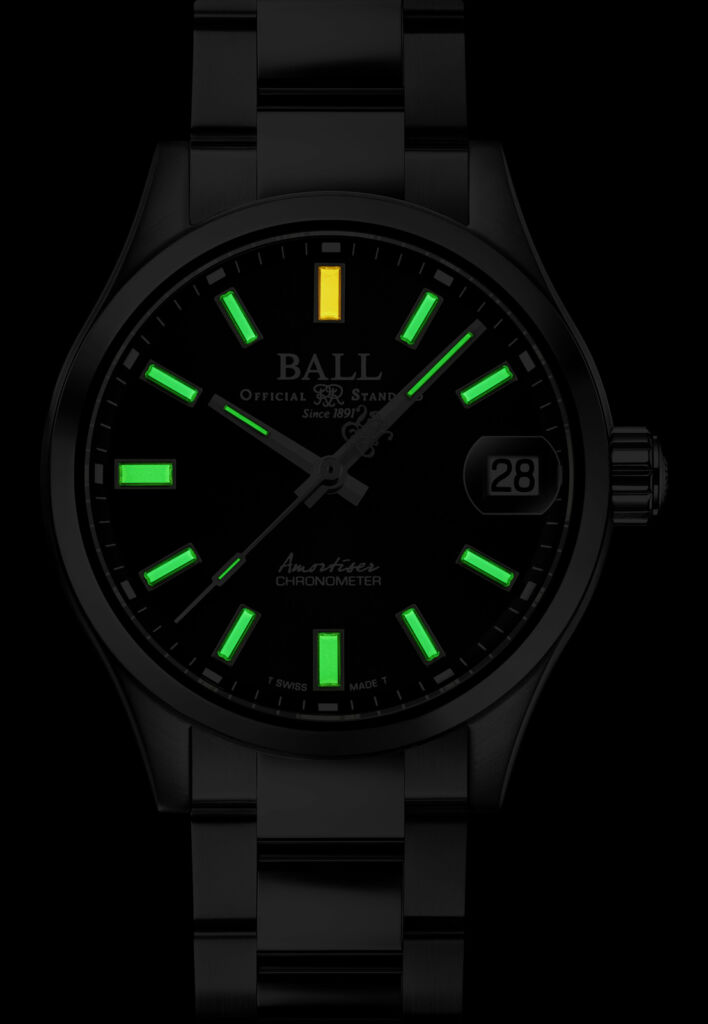 The Endurance Series features micro gas tubes to overcome the black of night and all dark environments. In all pursuits, the self-powered H₃ micro gas tubes provide extreme readability and trusted reliability. The all-around glow extends to all four hands, including the GMT hand, with fully illuminated hour markers around the dial. While all models feature the automatic micro gas tubes on the dial and hands, the GMT model also possesses them on the 24-hour inner bezel for reading the home time in total darkness.

The most fitting word to describe 904L stainless steel is “extreme” it has extra chromium, molybdenum, nickel and copper, and 904L steel provides superior resistance to corrosion, rust and acids. The unique hardness allows it to withstand unexpected conditions and extreme environments. At 41mm in diameter and just 13.15mm thick, the 904L case of the GMT model is comfortable enough for you to wear every day and challenging sufficient for adventure anywhere.

Four models make up the Endurance range, each complementing the functionality of the GMT offering; the 40mm TMT model features a patented mechanical thermometric indication capable of accurately measuring temperature from -35°C to 45°C (-31°F and 113°F).

The robust 40mm and 45mm versions round out the series with three-hand practicality. Powered by COSC certified movements, all four models are protected by Ball’s patented Amortiser® anti-shock system and enhanced by cold temperature resistance oil to ensure ultimate timekeeping in sub-zero temperatures.

Today, more than ever, BALL Watch is continuing its journey and asserting its role as a key protagonist in exploring modern times and the evolution of watchmaking history. 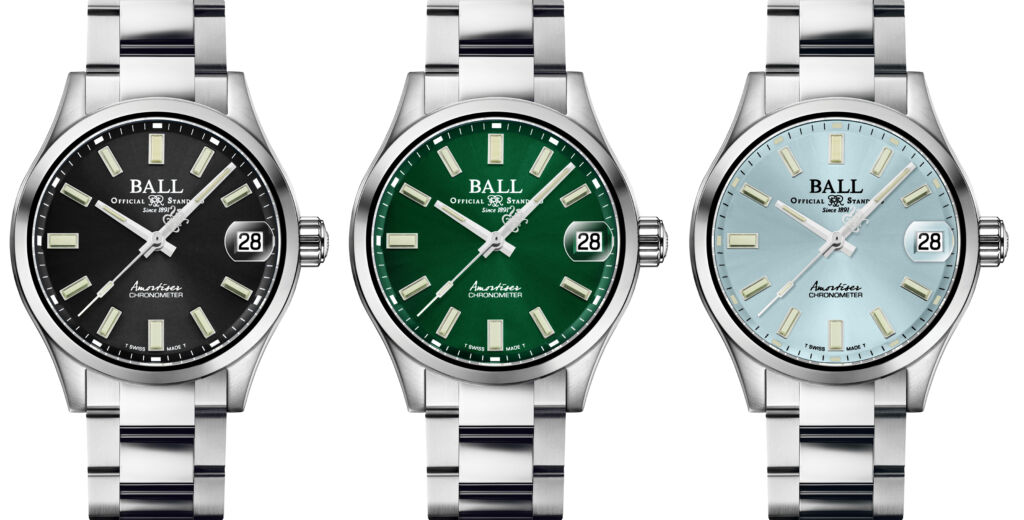 Read more news from the watch industry and features here.