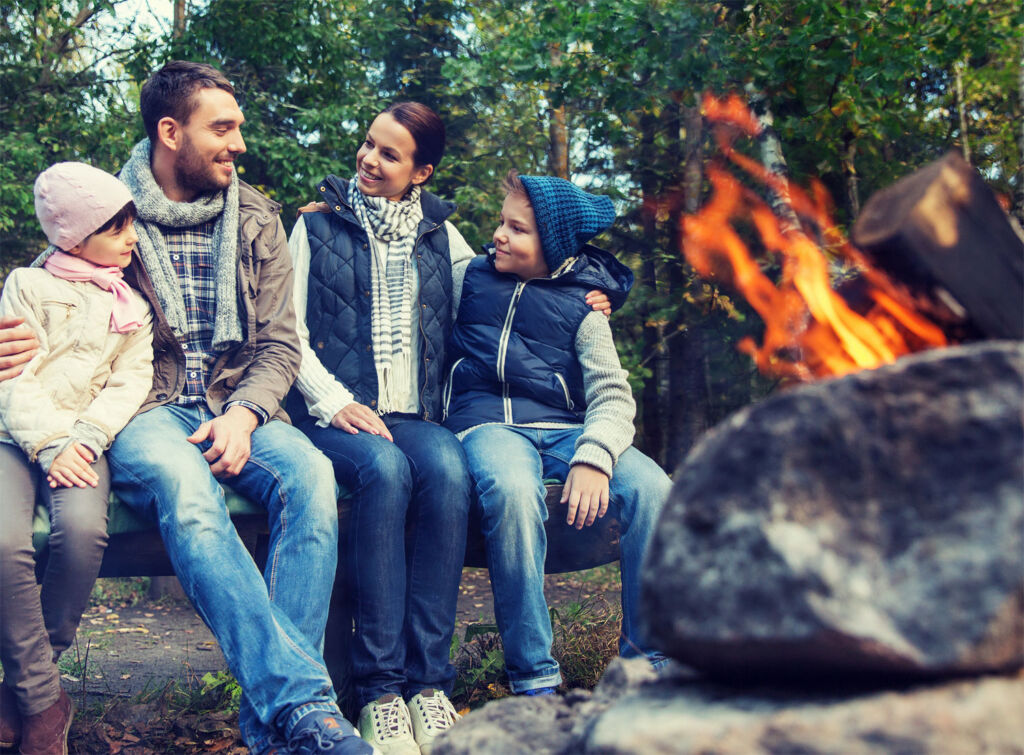 Although Lithuania is relatively small, its compact geographical footprint can work in travellers favour. Visitors can travel to its northern and southern boundaries in only three hours, making it an ideal country for a memorable camping adventure.

Lithuania is a country we’ve featured in detail over the past couples of years due in no small part to it being one of those rare, undiscovered gems for travellers. The country is packed with lush nature and culture and offers everything from luxurious accommodation and fine dining to ancient pagan villages and, of course, great spots to go camping.

The increased appetite for camping 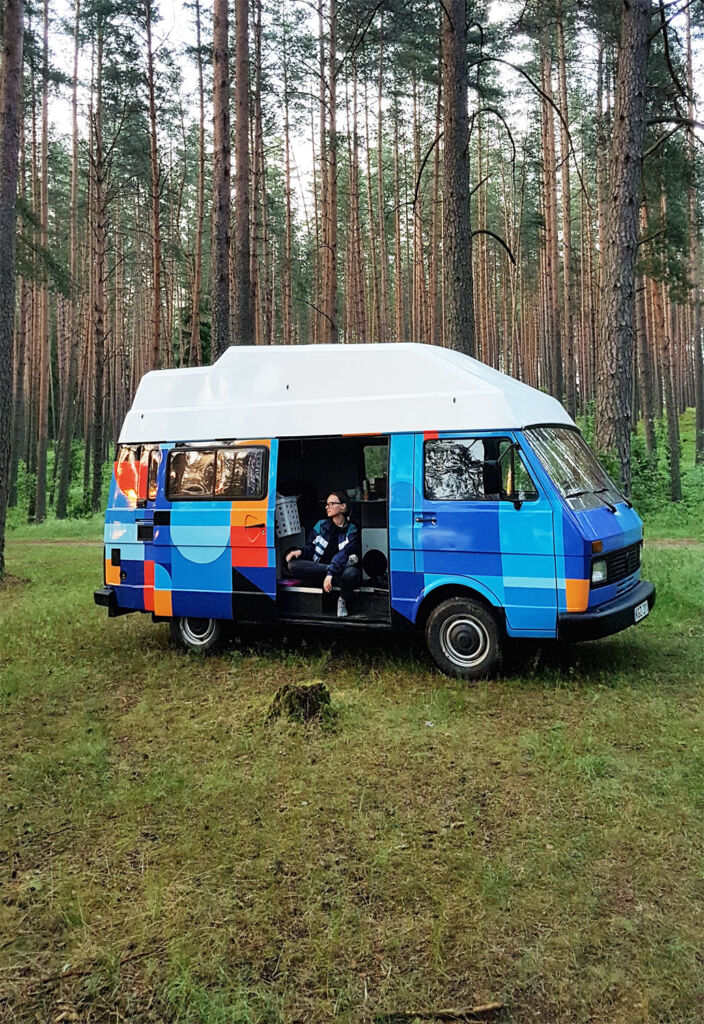 Across the world, bookings for camping slots are shooting through the roof, and it’s no different for the country of Lithuania who’s also been experiencing a surge in bookings.

It’s a similar story for recreational vehicle hire, which has also seen a massive increase in interest.

No doubt, the global pandemic is one of the major factors behind this. Throughout the world, people are embracing the great outdoors with aplomb and parts of the world’s hospitality industry which historically sat on the periphery of the travel spotlight, such as camping are now reaping the rewards.

For this travel guide, we have the benefit of some expert advice courtesy of Lithuania Travel, the country’s national tourism development agency.

They’ve kindly provided us with what they feel are the four best camping routes for first-time visitors to the country and they encompass all parts of the country.

Three Waters in the West
This route is an ideal way to explore the western part of the country. It is a 620 km camping route that takes you through luscious terrain alongside the three most outstanding Lithuania’s water reservoirs: the Baltic Sea, the Curonian Lagoon, and the River Nemunas Delta. 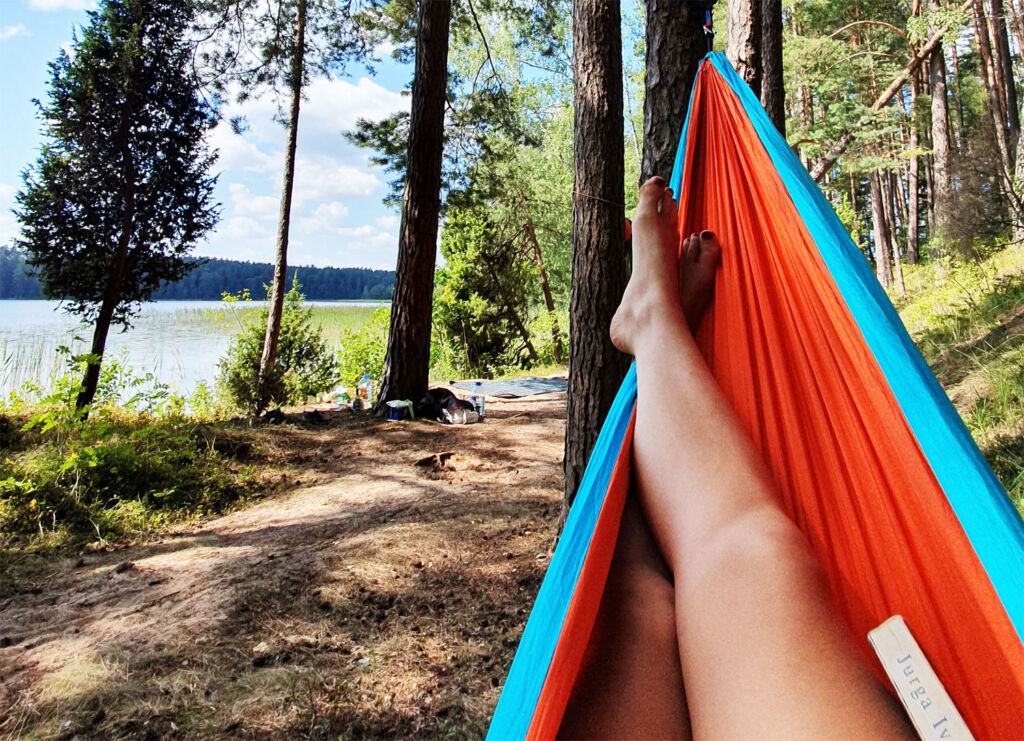 It is not a route to be rushed as it plays host to some extraordinary natural beauty, such as the Curonian Spit, which is a path of white sand connecting the Baltic Sea and the Curonian Lagoon. It is also a UNESCO site, and Lonely Planet has stated it has some of the most beautiful beaches in Europe. 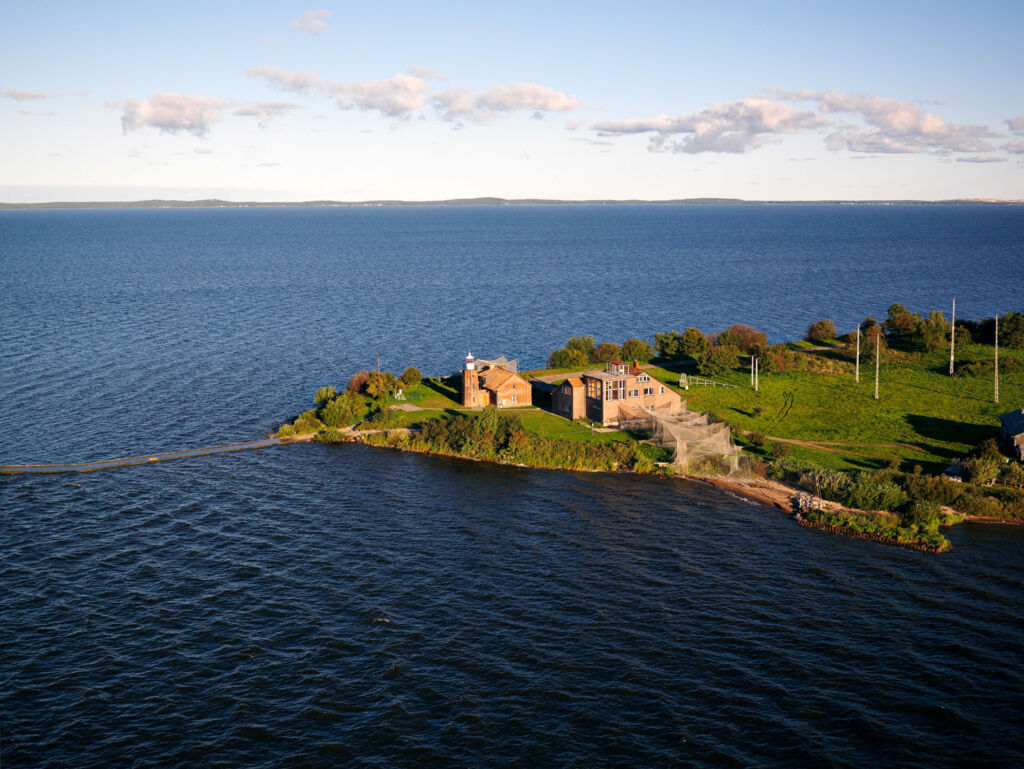 Although the mesmerising waters will be hard to leave, there’s a lot more still to see o the route. Further on is Ventė Cape, an essential part of one of the main bird migration routes and home to one of Europe’s first ornithological stations. Just a short drive away from here is the ancient fishing village named Dreverna. It is a small vessel harbour that reaches deep into the mysterious Samogitia, the last area in the country to preserve its old pagan traditions.

Three Capitals in the South
This 470 km route is ideal for those who want to explore the southern part of Lithuania. It winds its way through the three capital towns of Vilnius, Kaunas, and Trakai, all of which are distinctly different in their nature, cultural influences, and history.

This route allows travellers the opportunity to witness the Gothic-Renaissance. You’ll see how Baroque architecture transgresses into green parks in Kaunas along with cutting-edge modern buildings sitting side-by-side to historical architecture, such as the church towers in Vilnius. And for the grand finale, Trakai, the historical capital of Lithuania, invites its visitors to explore Trakai Island Castle, a place known as one of the most picturesque medieval constructs in Europe.

The camping spots located in Vilnius and Kaunas are ideal for the more adventure-minded traveller. There’s a lot to experience, and one of the big highlights is the chance to cruise through the Lithuanian sky via a hot air balloon. If you would prefer something more relaxing on your camping trip, you’ll need to head over to the balneological resorts of Druskininkai and Birštonas. These offer a vast selection of spa treatments, mud baths, and the opportunity to taste the natural mineral water from the local water springs. 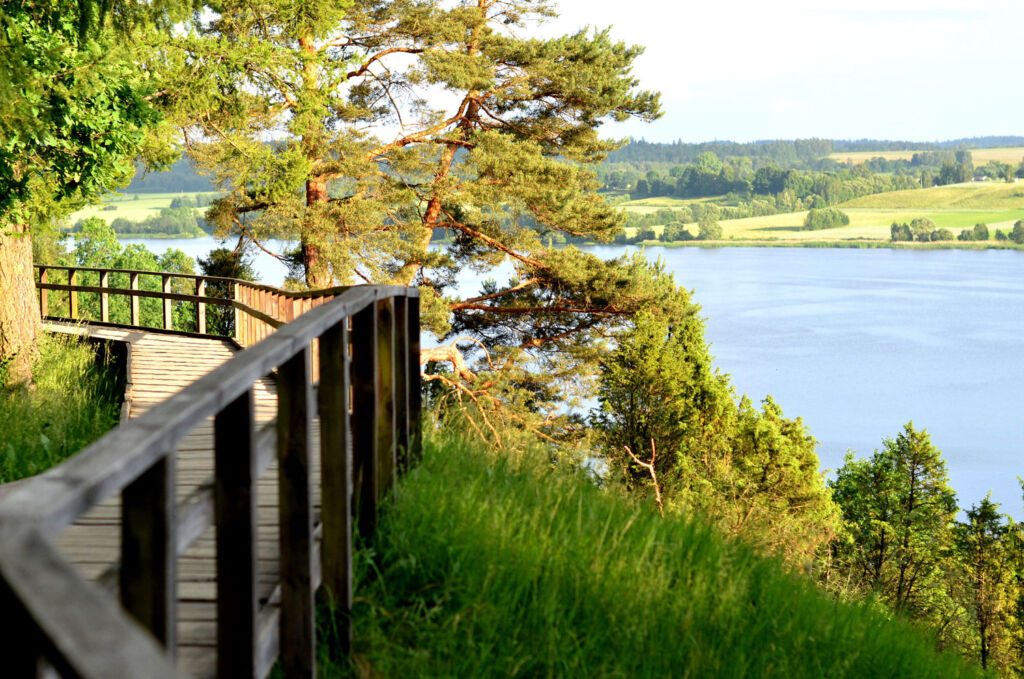 Lakes and Manors in the North and East
This 690 km route is perfect for nature lovers as it allows them to explore the beauty of nature in both northern and eastern Lithuania. A must visit on this route is Lithuania’s oldest national park located in the Highlands (Aukštaitija) region. It is situated away from all the hustle and bustle and is a great place to immerse oneself into the forest depths, taste the local bounties such as wild mushrooms and berries and enjoy some forest bathing. 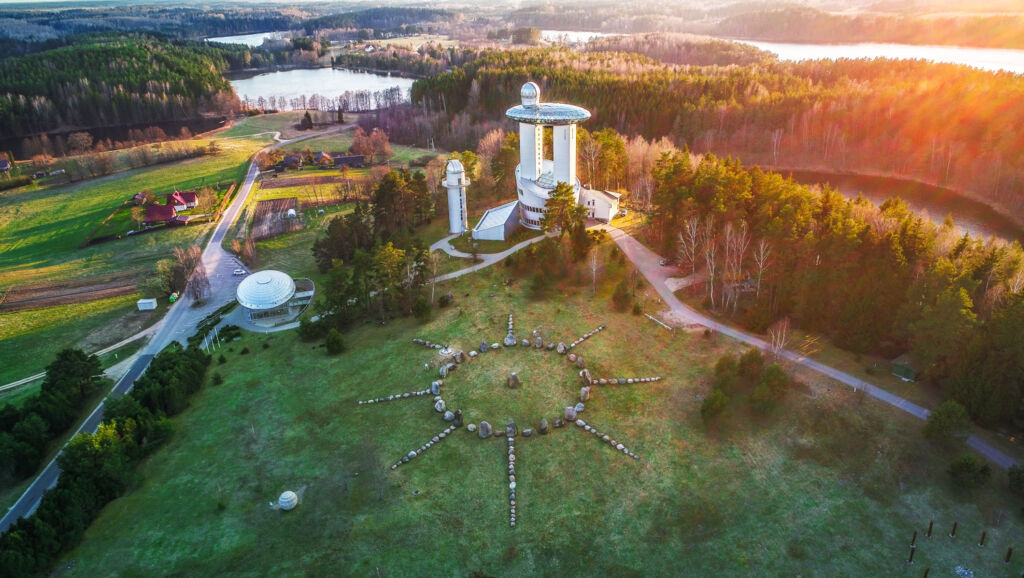 As for other activities offered along the route, the campers can try a stroll along the treetops in Anykščiai Tree Crown Trail, have a swim in one of the many lakes in Zarasai, and touch a real piece of the Moon in the Lithuanian Museum of Ethnocosmology in Molėtai. For those who want to learn more about the region’s history, there are the 19th-century manors. Of all the manors, ensure you head to Astravas Manor in Biržai, which marked by a characteristic Romantic era elegance. 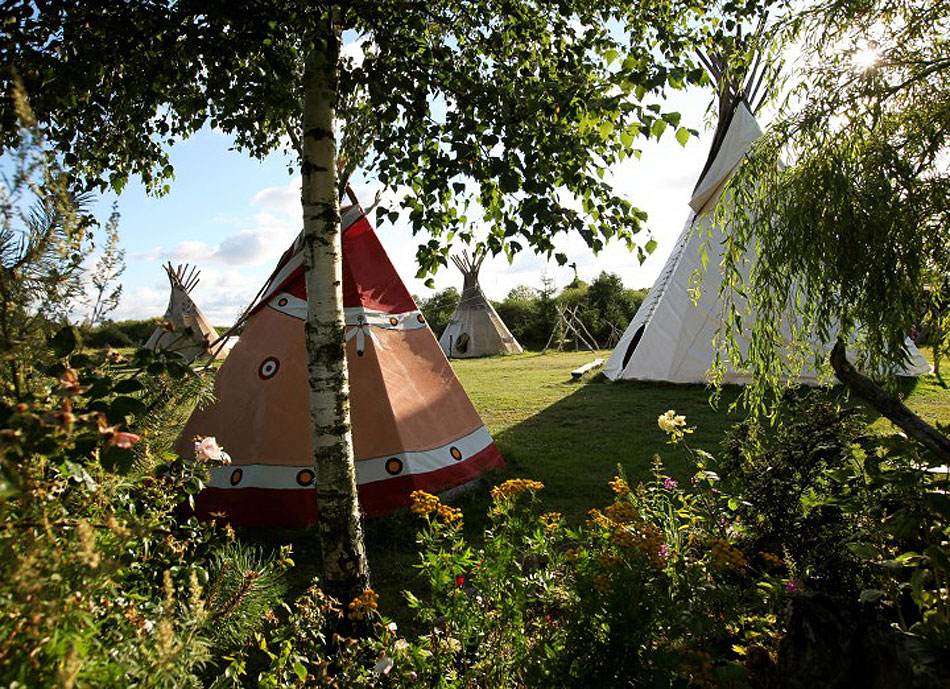 Cross-Country Route
As a perfect getaway for two weeks, Lithuania Travel suggests choosing a scenic 1400 km camping route around the whole of Lithuania. On this route, you’ll get the opportunity to visit an incredible twenty-nine towns. The route takes you through the three capitals, the largest Lithuanian island Rusnė, and continues onto the “Paradise Road” that winds along the River Nemunas full of castles, manors, and riverside views. 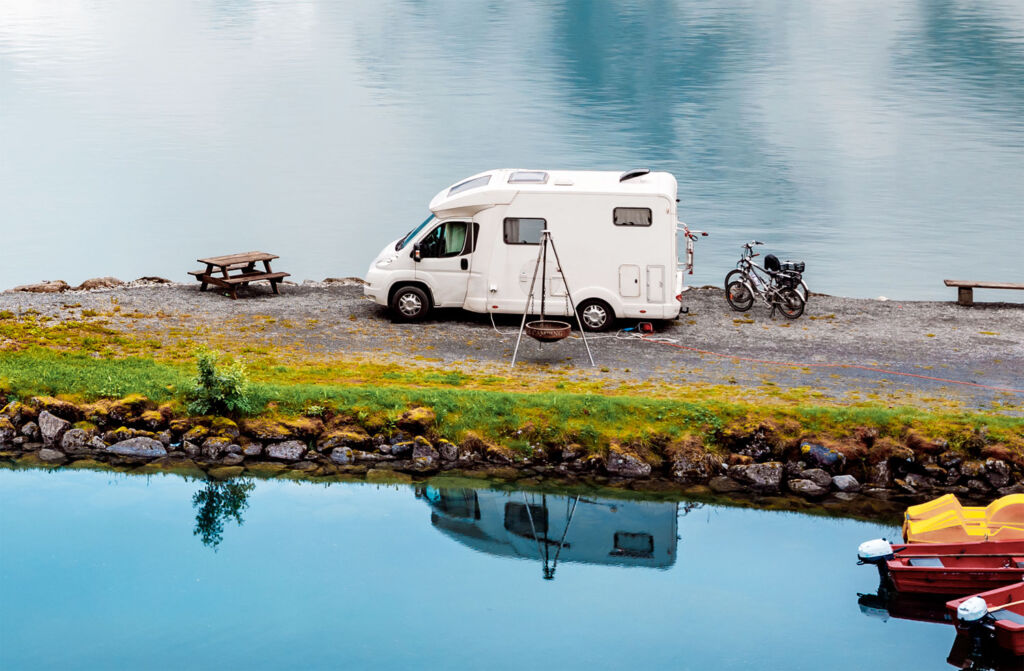 In addition to the above, you’ll get the chance to discover the famous Lithuanian summer resort of Palanga, situated on the Baltic Sea’s shores. Also, Telšiai, regarded as the capital town of Samogitia, lets you travel the seven hills encompassing the entire city. Finally, near the outskirts of Šiauliai is the legendary Hill of Crosses which is known as a popular pilgrimage destination. 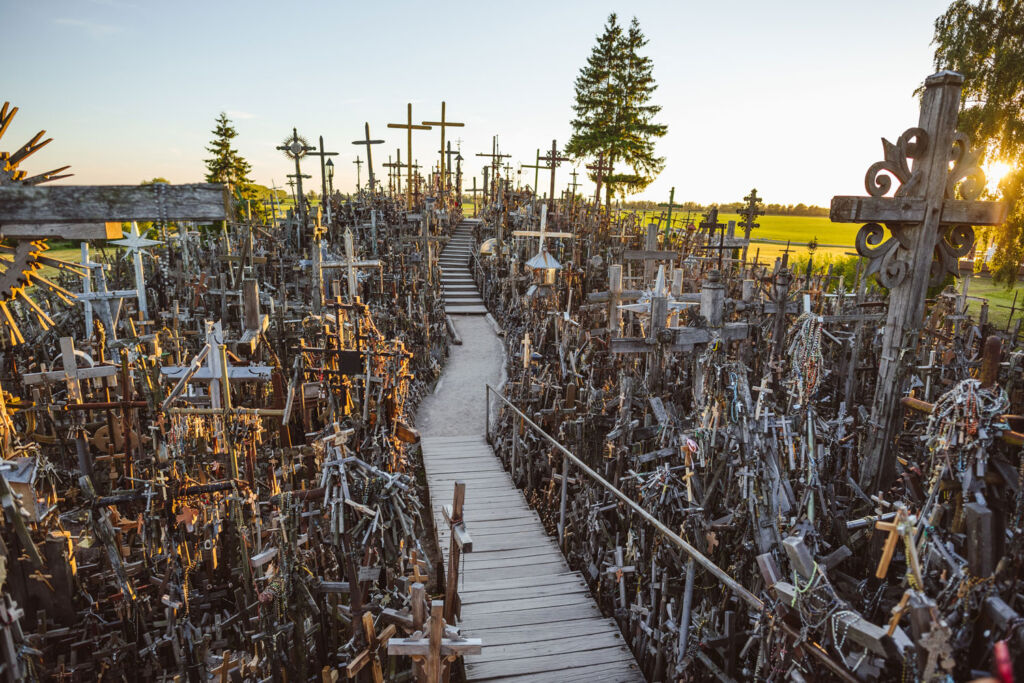 More information on campsites and camping routes is available on the Lithuania Travel website here.