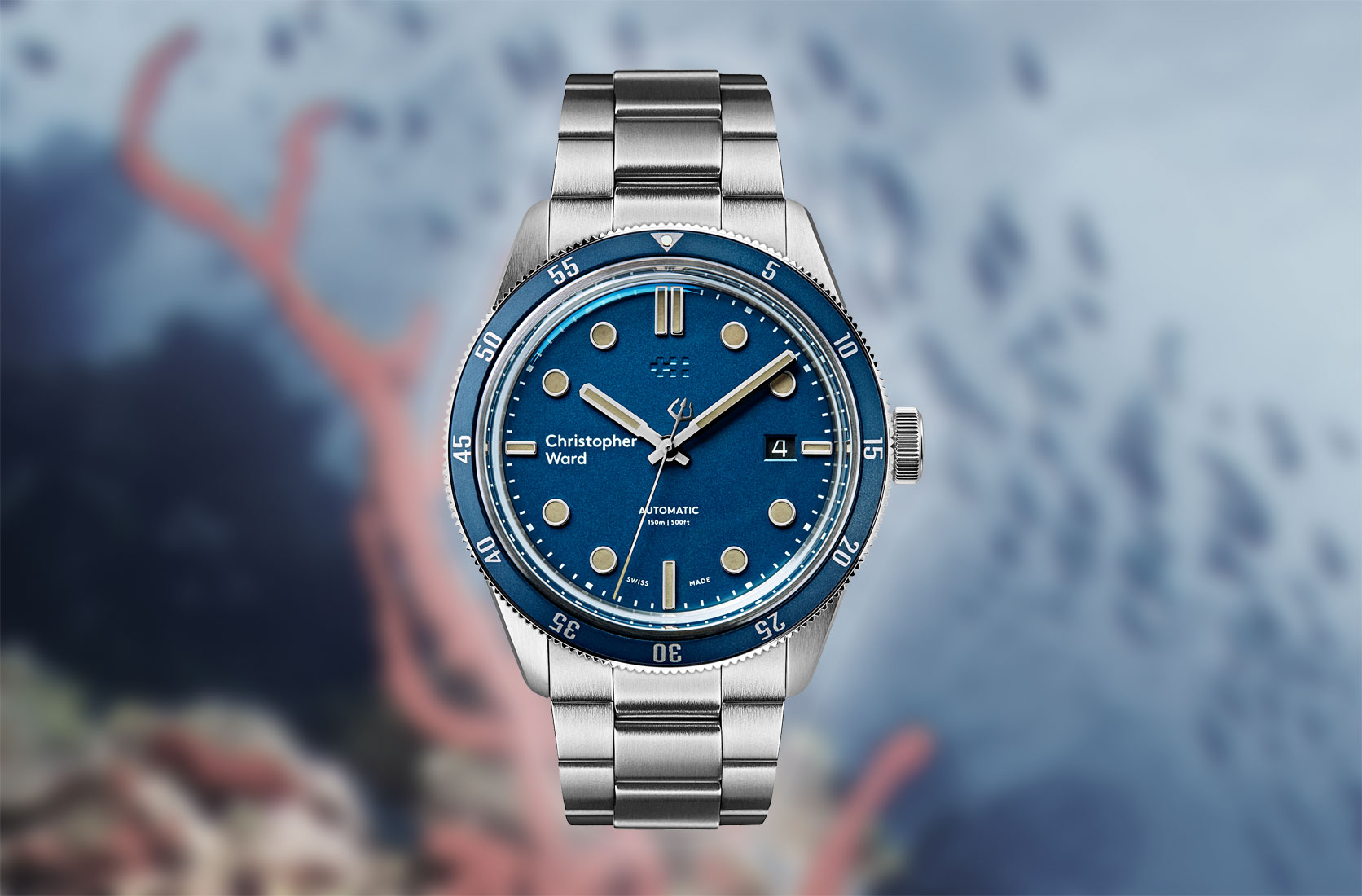 The C65 Trident Automatic is a new timepiece from the British watch brand Christopher Ward. It comes hot on the heels of the hand-wound C65 Trident Diver which was a sell-out success.

The Trident Diver Automatic is the latest addition to the C65 Trident Collection. This self-winding timepiece was created using the same 1960s-inspired design language as the wider collection but with a modified bezel and a bold new dial.

Mike France, CEO and Co-Founder of Christopher Ward, said: “As we’ve developed the C65 range, the core design DNA has grown increasingly clear. The shape of the case is a major part of it, it has a sleek yet rugged feel, and sits at the current sweet spot in terms of size, being 41mm across. But perhaps even more important is our particular take on the 1960s diver aesthetic, which is highly retro but also distinctively Christopher Ward.” 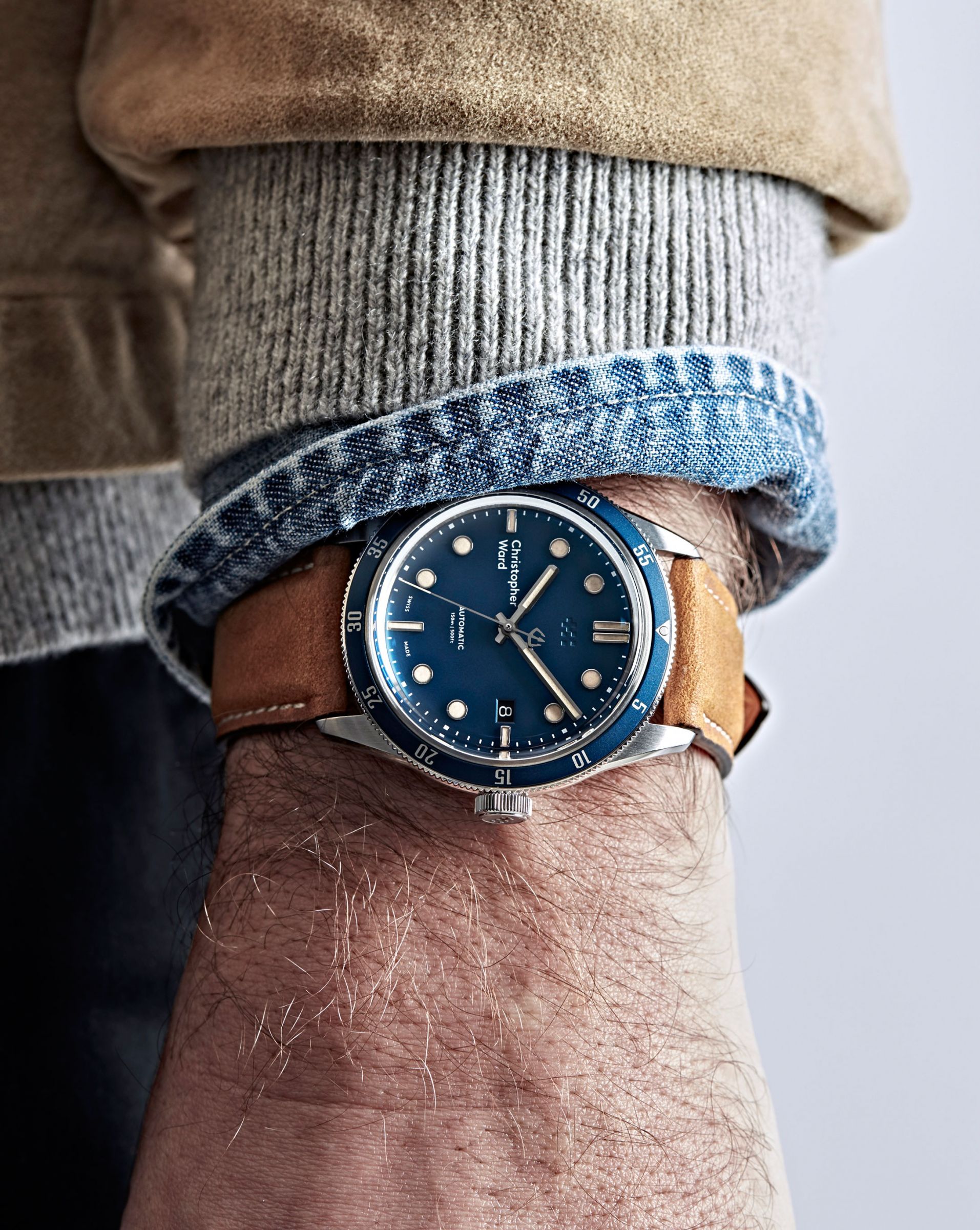 The C65 Trident Automatic uses the same 41mm case as its hand-wound predecessor maintaining a height of 11.55mm despite its larger Sellita SW 200-3 movement.

Contrary to what many other other watch brands have done. Christopher Ward has chosen to price the C65 Trident Automatic at £695. This is the same price as the hand-wound version so will be excellent value for money.

Underneath a glassbox sapphire crystal, the C65 Trident Automatic’s matte finish dial, (which is available in either black or blue). Features raised dots and indexes that are filled with Old Radium SuperLuminova®.

On the dial, Christopher Ward has also used the same baton-shaped hands that were used on the original hand-wound C65 as well as the iconic Trident counterbalance, with the main logo at 9 o’clock and the twin flag motif debossed at 12 o’clock. The watch face is then accompanied by a pared-down version of the C65 Trident Diver’s narrow bezel to complement the more complex dial design.

Speaking on the design of the new timepiece, Senior Designer Adrian Buchmann says: “We imagined that if the original hand-wound C65 Trident Diver references the early ’60s. Then the new automatic should look forward to the late ’60s. Thinking like this allowed us to keep the two core C65s separate from each other in a way that made sense, while allowing them to remain closely linked too.”

Christopher Ward – Where and how?

The Christopher Ward showroom is located in Maidenhead town centre at No.1 Park Street, SL6 1SL. You’ll need to make an appointment online via the brand’s website here.