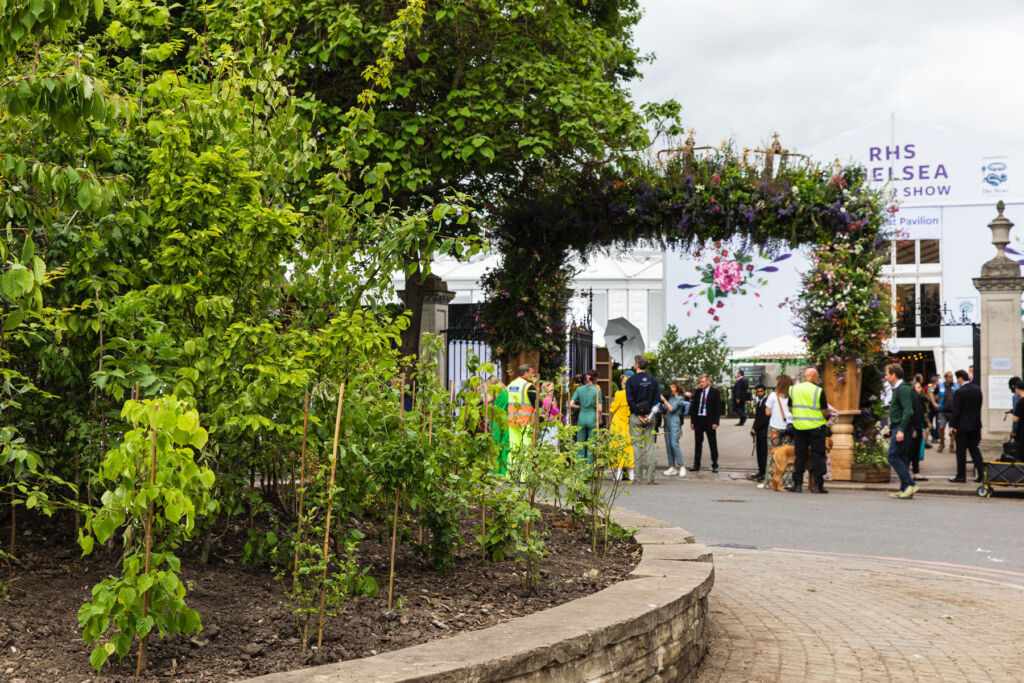 Standing proudly at the entrance to this year’s RHS Chelsea Flower Show is a native ‘pocket forest’ created by SUGi, supported by Louis Vuitton and Cadogan.

The Pocket Forest, which has been planted temporarily on the Bullring Roundabout entrance, illustrates perfectly how minimal urban space can create maximal biodiversity, reintroduce indigenous species and reconnect people with nature in our cities. Tiered to a ‘crown’, it is also a celebration of Her Majesty’s Platinum Jubilee.

The installation represents the three successional growth stages of a ‘Miyawaki’ forest, a complex planting methodology that creates dense layers of native species to ensure greater biodiversity and a self-sustaining habitat within three years. It will be transferred to its permanent home nearby in Chelsea following the Show.

This announcement marks the second collaboration between Louis Vuitton, Cadogan and SUGi after the launch of the ‘Heritage Forest’ on Pont Street in Autumn 2021. 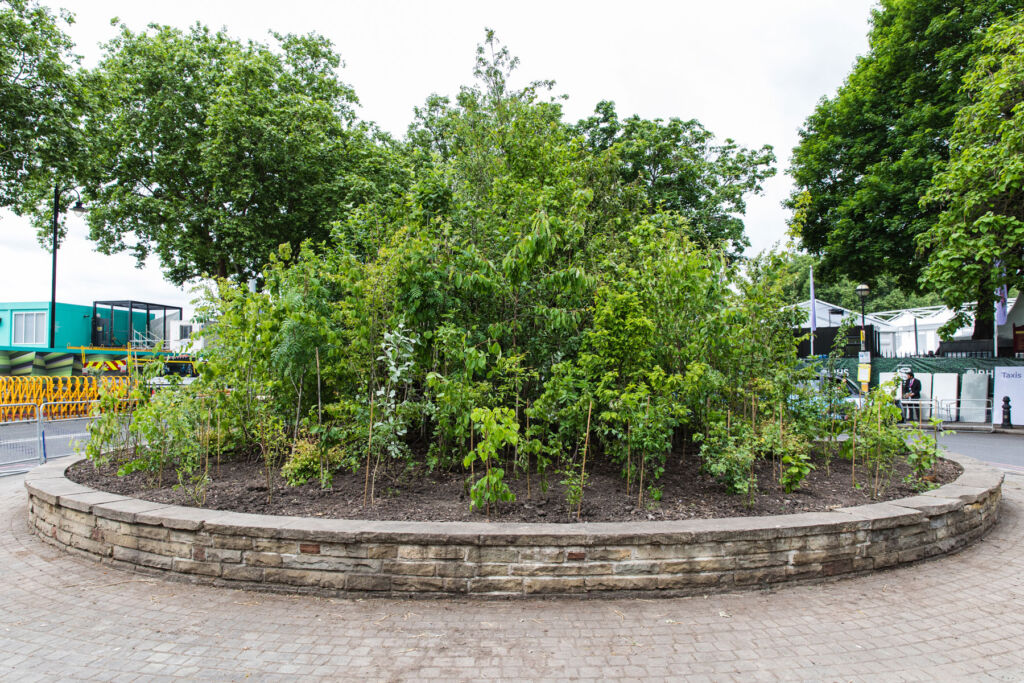 SUGI’s planting is based on the complex ‘Miyawaki’* methodology. The technique results in a four-layered forest comprising of trees, shrubs, sub-trees and a canopy with a minimum of three trees planted per square metre. The native plants have been carefully chosen based on a soil survey, a vegetation report and detailed flora and fauna research.

Species within the forest will include Sessile Oak, Red Campion, and Hawthorn. The forest floor will be covered in dense shrubbery with wildflowers, an ideal habitat for at least 80 insect species. The specific combination of native species requires less watering and maintenance and reduces the need for artificial plant foods. 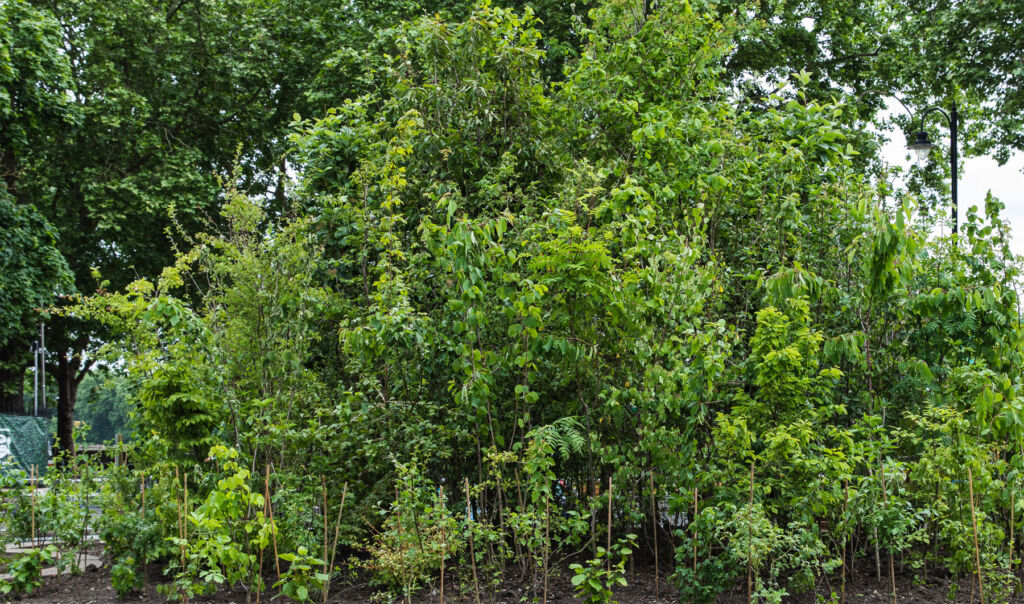 Elise van Middelem, Founder of SUGi, said, “Our mission is to restore native ecosystems in cities worldwide. This installation underlines nature’s essential role in cities and provides an antidote to the monoculture tree planting we often see. Bringing nature closer to urban dwellers boosts health, wellness, a sense of serenity, and myriad environmental benefits. One small ‘pocket forest’ supports a diverse ecosystem of pollinators while locking in carbon and can grow to the density of a 100-year-old forest in about 20 years.”

Through Louis Vuitton’s “Our Committed Journey” sustainable development plan, by 2025, the Maison is dedicated to preserving natural resources based on a set of quantitative targets. IN 2021, Louis Vuitton’s climate objectives for 2030 were officially validated by the SBTi (the Science Based Targets initiative, a partnership between CDP, the United Nations Global Compact, World Resources Institute and the World Wide Fund for Nature). These bodies drive ambitious climate action in the private sector by enabling companies to set science-based emissions reduction targets.

The plan further consolidates Louis Vuitton’s ambitions for circular creativity and responsible sourcing, 2 of the three pillars of “Our Committed Journey”. Acting on Climate Change is the third pillar.

Louis Vuitton is committed to contributing to the local communities in which they operate. An internal Positive Impact Committee has been created to lead projects such as this one.

Hugh Seaborn, CEO of Cadogan, said, “This unique forest at the Flower Show looks almost like an elegant art installation, but it is a great example of how businesses and landowners can work together to make an impact with environmentally responsible planting in small spaces. We look forward to the forest flourishing in its permanent home after the Show.”

Cadogan has recently launched its 10-year sustainability strategy titled Chelsea 2030. The strategy maps out ambitious targets which will result in a more sustainable city. It also includes a viable roadmap to net zero, which, when implemented, will help improve air quality and enhance green infrastructure and biodiversity across the Estate. The goal is to increase the Urban Greening Factor by 25% over the next decade.