In addition to its 89 boutiques, Van Cleef & Arpels presents its creations in three elegant and refined Maisons : Paris, New York and now, Hong Kong. They act as doorways to the discovery of a world of poetry. Akin to the American and Parisian locations, the Hong Kong Maison, designed by Patrick Jouin and Sanjit Manku, accentuates refinement, exclusivity and modernity, which makes this third Maison a unique and sophisticated setting.

After the ceremony, a very exclusive Gala Dinner was hosted in the award-winning Mandarin Oriental Hotel. Being the first to take over the 25th floor of Mandarin Oriental, Hong Kong – integrating the M bar, Pierre and Man Wah – Van Cleef & Arpels was proud to present a thematic Gala Dinner with a menu specially designed by the three Stars Michelin Chef, Pierre Gagnaire for selected International VIP guests. Moving along the Hong Kong Skyline, the post dinner celebration was at the top of Prince’s Building, SEVVA, the highlight of the night was the international recording artist, Lisa Stansfield. 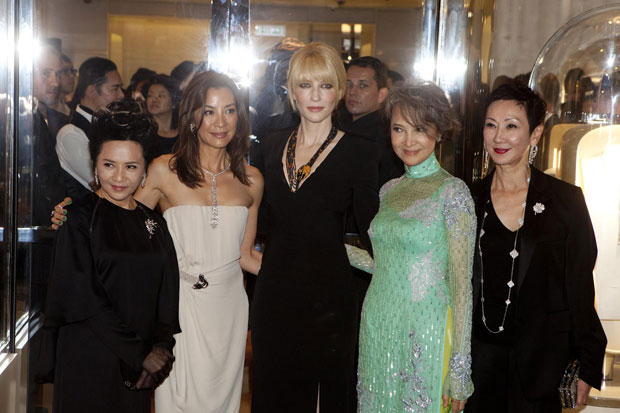