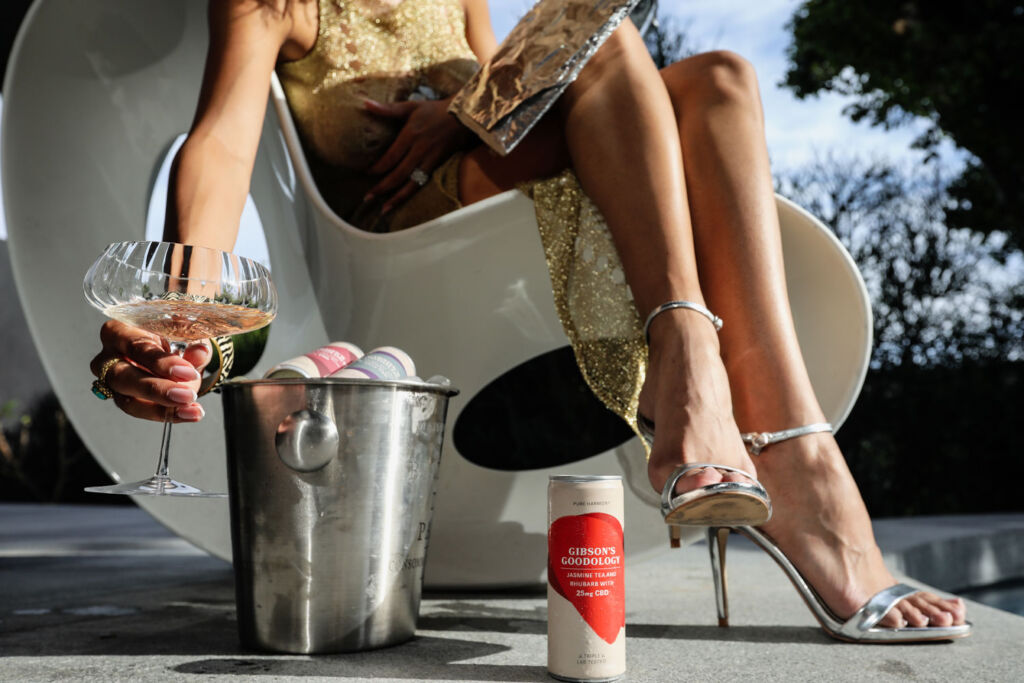 The CBD-infused product market has accelerated within the health industry in recent years thanks in no small part to a change in public perception and pressure from the professional medical community. Sabi Phagura wanted to experience its benefits for herself and embarked on a two-week experiment by drinking CBD-fueled Gibson’s Goodology.

What is CBD?
The shift in perception of cannabis has been rapidly growing as a result of ongoing research and information being shared about the benefits of CBD products by those who have reaped its rewards.

There are, of course, many myths perpetuating the world of CBD, including CBD oil can get you high. So, it’s important when understanding this plant’s potential to heal you physically, mentally, and spiritually to dispel these common myths by arming you with the knowledge of how CBD works and how it affects the body.

The cannabis plant is complex. It has around 400 different types of molecules within it, of which 120 of them are known as cannabinoids. They’re termed cannabinoids because they bind to specific receptors within our bodies; the cannabinoid receptors. This is perfectly natural, we all have them, and they play an important role.

This entire endocannabinoid system within our bodies plays a multitude of vital functional roles, such as controlling the sleep/wake cycle, your mood and appetite, pain management, and even your memory.

Of these 120 cannabinoids, two the THC (tetrahydrocannabinol) and CBD (Cannabidiol), are found in abundance. The former is the psychoactive component in marijuana which is what gives you that ‘high’ while CBD, on the other hand, is entirely non-hallucinogenic. 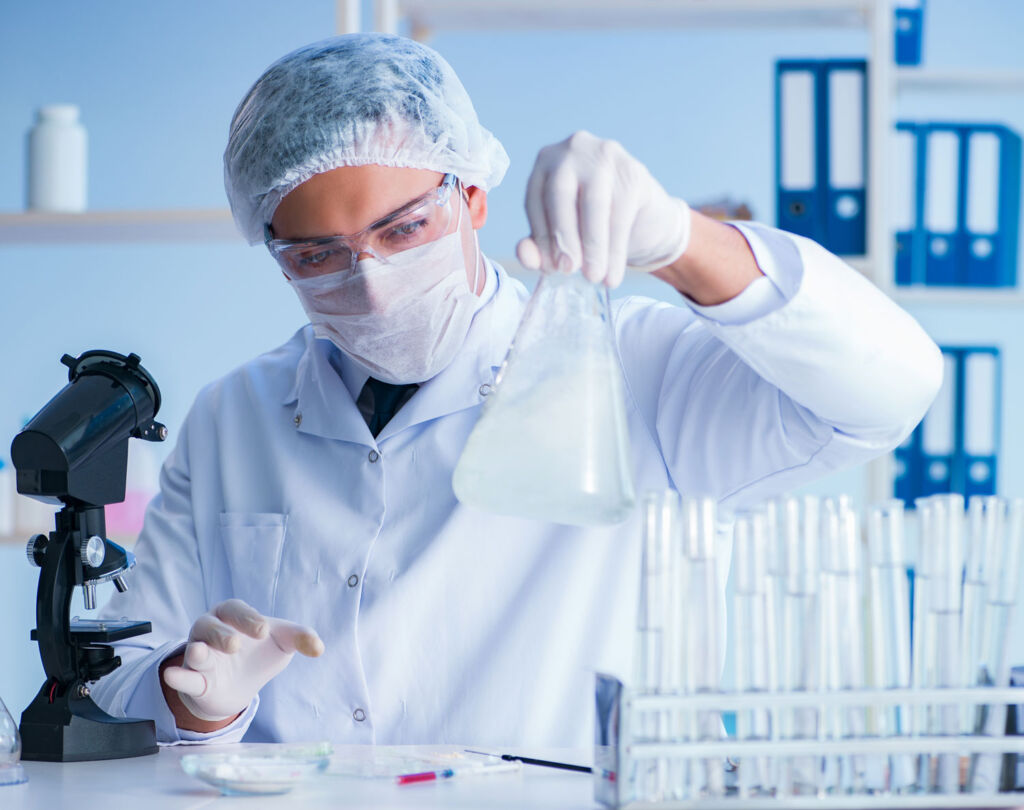 It’s the most widely studied cannabinoid amongst scientists and medical professionals alike. Studies so far suggest CBD can help in pain management, help with neurological disorders and reduce anxiety.

It’s no surprise, then, with the benefits of CBD being numerous and varied in their scope, companies are jumping on the bandwagon and have given rise to an assortment of CBD creams, oils, lotions, cleansers and even lipsticks.

When I was asked to take part in a two-week experiment by drinking two Gibson’s Goodology drinks per day to record my findings, I was rather intrigued and took on the challenge. 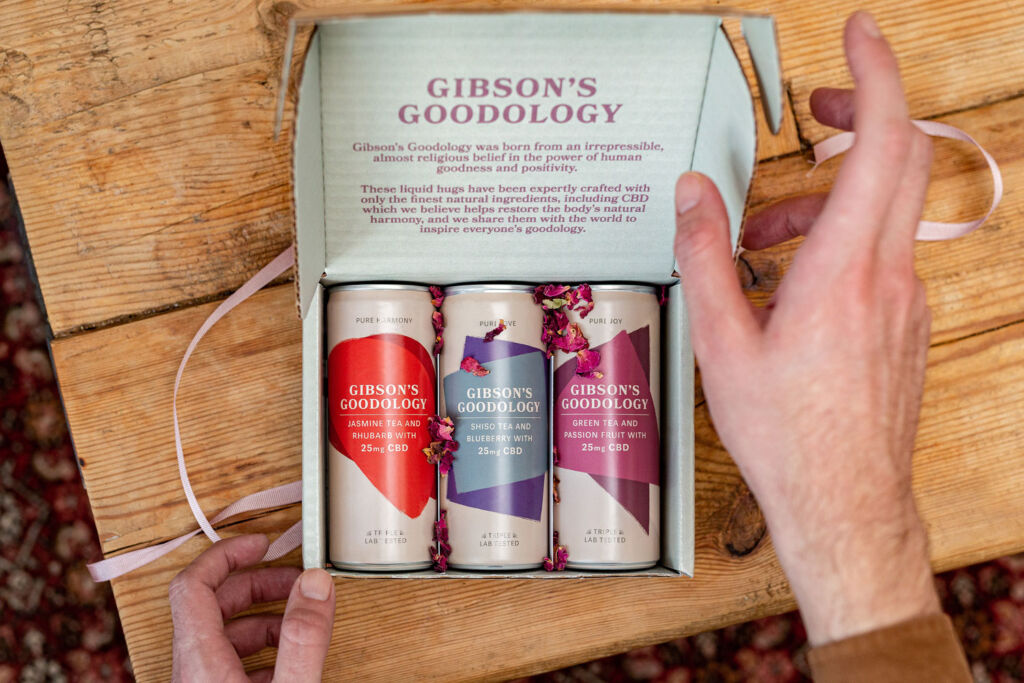 The experiment
Gibson’s Goodology is made up of three elegant flavours – Green Tea & Passionfruit, Jasmine Tea & Rhubarb, Shiso Tea & Blueberry (labelled as Joy, Love and Harmony) – crafted by Oskar Kinberg, the master mixologist at Michelin-starred Hide. Each containing 25mg of triple-lab-tested CBD, the drinks use good quality products (they are made with no artificial flavourings or sweeteners and contain just five natural ingredients: tea, fruit puree, agave, lemon juice and 25mg of water-soluble CBD.

At this present time, these are the highest serve dosage in the UK) and the company was one of the first companies to submit its products to the Food Standards Agency, for testing ahead of the Standardisation of Novel Foods last month. April, after which time all products containing CBD will have to be accurately labelled. 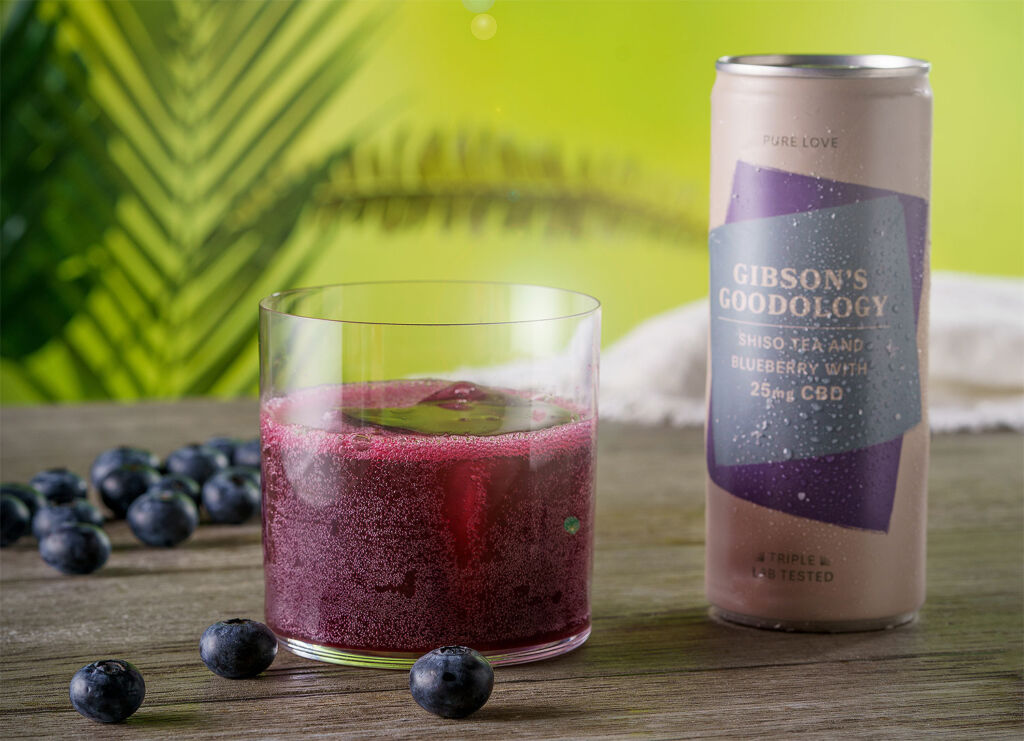 It was suggested I drink the concoctions spaced out and at regular times of the day. As I do a minimum of 16 hours of intermittent fasting, I scheduled my drink at 12 noon and 7 pm. I wasn’t sure what to expect when it came to the taste test, and I’d be lying if I said I was looking forward to trying both the green tea versions.

I’m not a fan of green tea. But I persevered and poured the Gibson Goodology in a tall glass with plenty of ice. Not bad at all. The green tea was subtly present but not over empowering. When it came to the Shiso Tea & Blueberry, that for me won hands down. I had to stop myself from drinking all of those first. 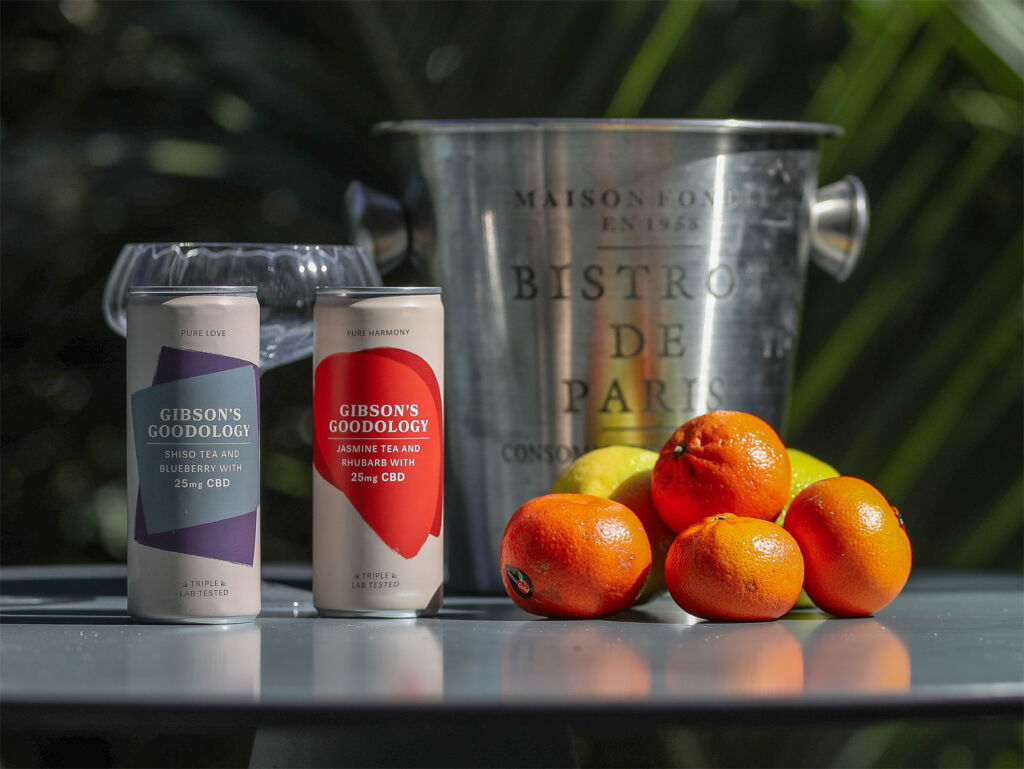 The drinks felt just like any other grown-up soft drink and was a welcome change from any soft drink I would normally consume, and there was no CBD aftertaste. It wasn’t until day five, though, that I noticed my sleep was noticeably better.

I often get up a few times in the night to visit the lavatory and didn’t get up as frequently, and towards the end of the experiment was sleeping straight through.

Did I notice a surge in my energy levels? I’m not quite sure on this one as I am someone who has plenty of energy; it’s probably because of all that exercise I do daily. When I spoke to the experts at Gibson’s Goodology, they did say that more tests need to be done, but those who are less fit are more likely to see a difference in their energy levels.

But one thing that I did notice was my sugar cravings were practically non-existent by week two. I often like to round off my meal with chocolate, but the drinks were naturally sweet, and I didn’t crave my sugar fix. Instead, I closed off my fast with the drink each evening, and that seemed to satisfy my sweet tooth and do the trick.

All in all, I enjoyed the experiment and certainly felt some positive benefits from it.

Would I take it daily? I don’t think my budget will allow it (the drinks cost just under £5 per can), but I will enjoy them from time to time as a treat. It’s also made me want to research more into CBD and perhaps invest in other products that contain it in the forms of skincare. 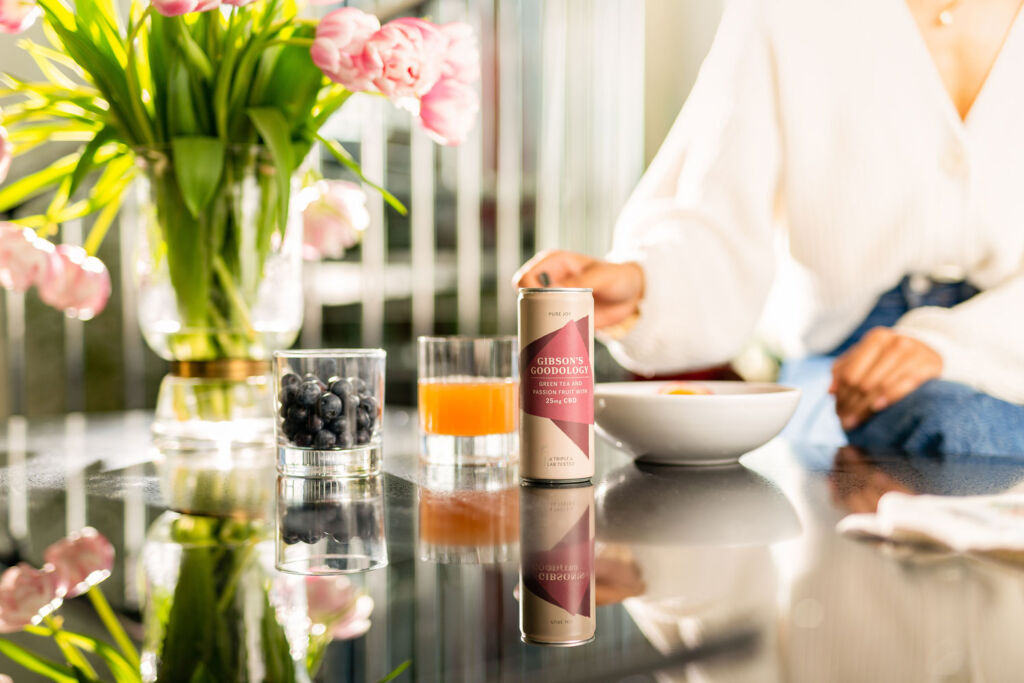 Final Word
The drink has already picked up three medals at The Spirits Business’ inaugural Low and No Masters and crowned the IndyBest’ Best Buy’ CBD drink. CBD isn’t a fleeting trend. By looking at the surge in its sales, CBD isn’t a fleeting trend. But consuming CBD with unhealthy food products makes little sense, so it should not be taken as a quick fix to solve your dietary problems. Having said that, I believe coronavirus has made people more conscious about looking after their health, and that is a positive step in the right direction.

Gibson’s Goodology – Where and How?

Gibson’s Goodology offers a taster pack as an introduction to all three flavours and retails at £14.99. They can be ordered online through their website www.gibsonsgoodology.com where you will also find a list of stockists and further information on CBD.