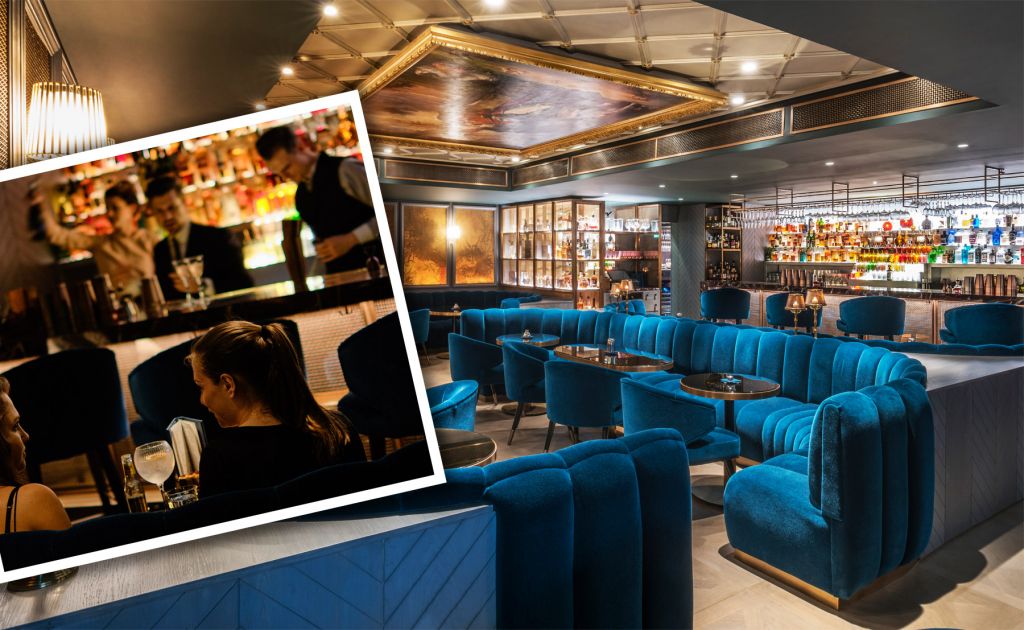 Tucked away in the five-star Sofitel London St James hotel near Piccadilly, I last visited St James Bar in 2014, and since then, it has always stood out as one of my favourite bars thanks to the intimate atmosphere and beautifully concocted beverages. The latest menu to be launched by this recently refurbished establishment is called “Passport”, designed to conjure up nostalgic memories of unforgettable trips and life-defining moments. 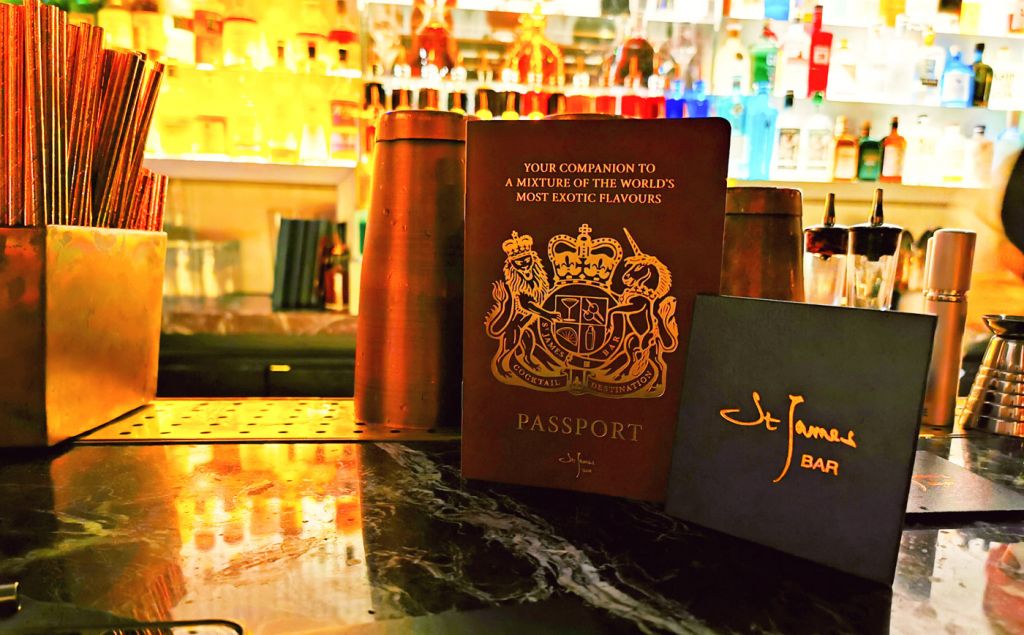 Introduced on 01st November 2019, guests are given what looks like a regular British maroon-coloured passport, but the contents take the form of 10 sophisticated cocktails hailing from different parts of the world, such as Cuba, Thailand, Mexico and Australia. 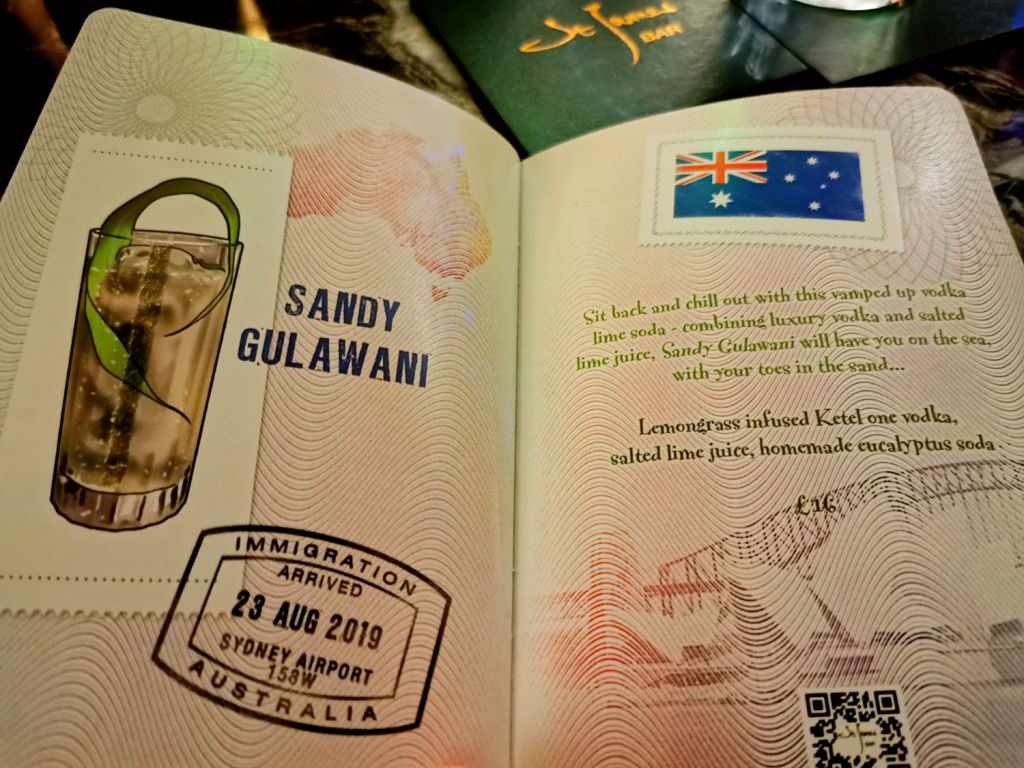 Each double-page features a picture of the drink, a border control stamp, a short description, as well as a QR code so that you can watch a short video explaining how each one is made before making a decision.

We were invited to sit on the velvet-covered stools next to the colourful bar facing various whiskies and 65 varieties of gin. Our host for the evening was the very talented Italian Head Bartender Cipriani Zsraga, who was only two weeks into the job after previously working at The Savoy. Originally a chef by trade, Cipriani used to conjure up creative food dishes, but decided to transfer the same skills to beverages i.e. knowing which ingredients work best together to produce a winning recipe.

At St James Bar, it is not just about mixing alcohol together, but a lot of thought has equally gone into the receptacle used to serve each of the beverages, in order to control the serving temperature and flavours. For example, La Bandera from Mexico arrives in a china Inca-type container, whereas the one from Thailand is served with a mini Buddha. 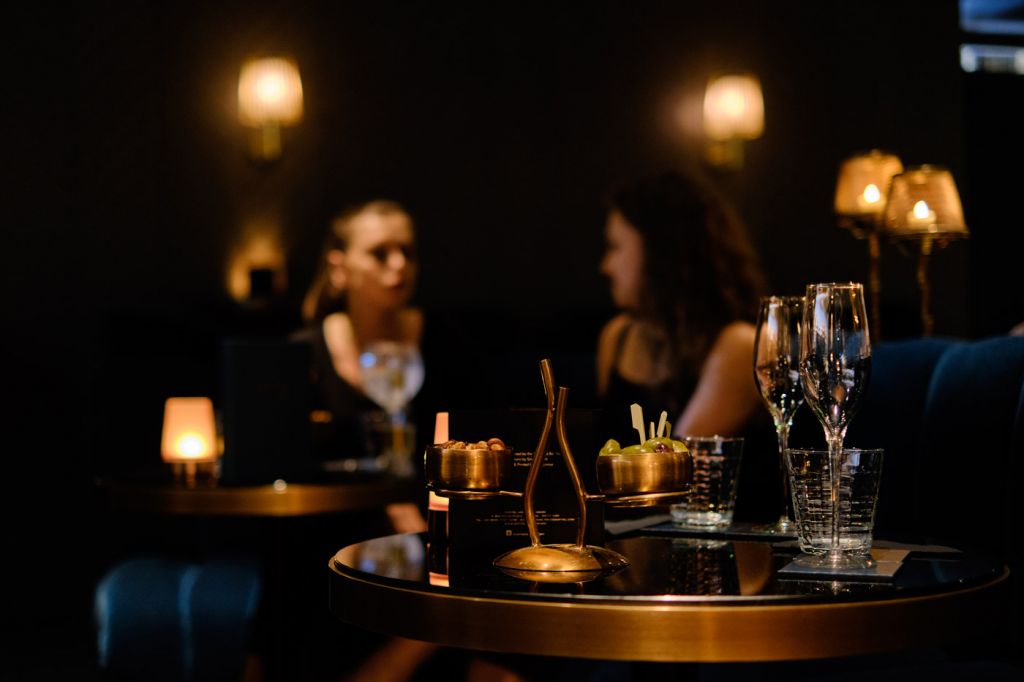 Flicking through our passports with some moreish nuts and green olives in hand, Cipriani advised us to start with something lighter and less potent, before venturing on to something with a little more punch – a sound piece of advice.

Having recently returned from Iceland, it was only apt that I should try the beverage hailing from this country. 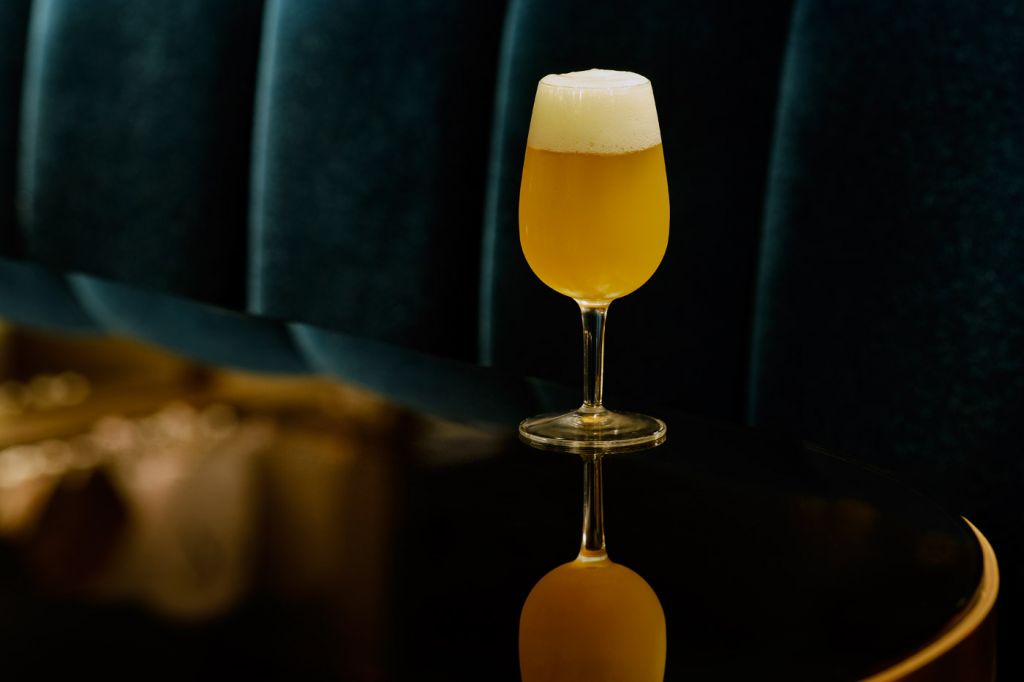 A tribute to the prohibition period, the gin-based Heaven Howler was made from Icelandic Himbrimi Old Tom Gin, homemade rhubarb and thyme liqueur and pale ale. The result was a small glass of cloudy yellow liquid with an egg white foam layer on top.

It was excellent, and I was very content with my choice. My wife opted for Shodu, taking inspiration from the famous blossom season in Japan. Made with the Suntory-owned ROKU Gin, it was served in a Japanese teacup decorated with the Sakura tree, and was finished on the top with green calligraphy on the egg white foam surface, a symbol which supposedly meant “end of”. Once again, Cipriani had certainly left us impressed.