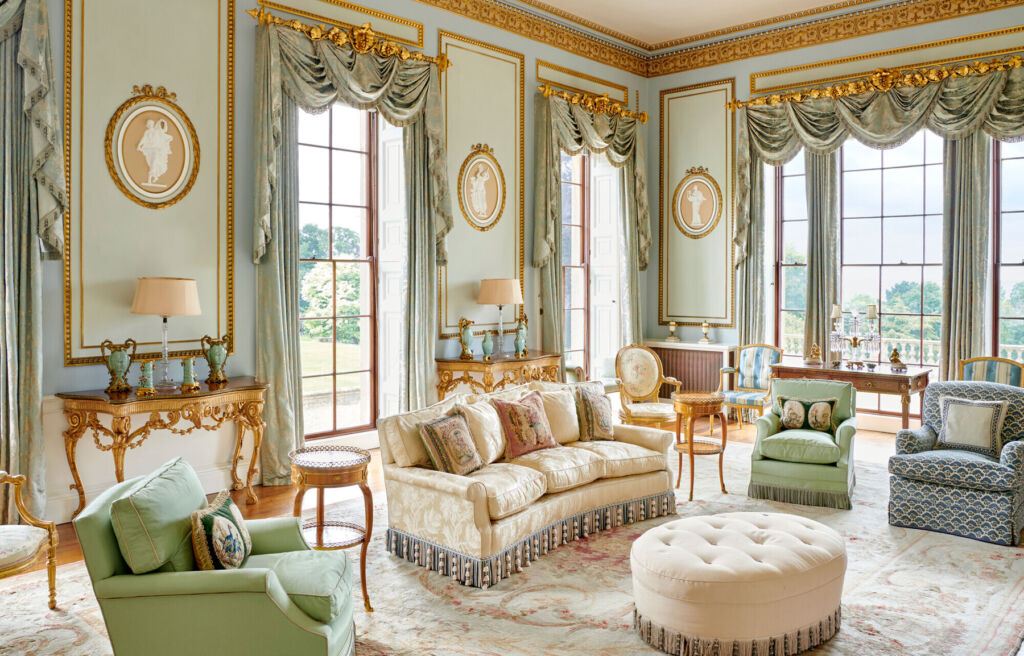 Arnold Weinstock was one of the great figures in British business and political life in the second half of the 20th Century and a leading industrialist in post-war Britain. Through his vision, energy and astute business acumen, he transformed the General Electric Company (GEC) into one of the most successful companies of the post-war era.

Lord Weinstock’s interests and influence extended far beyond industry into business, finance, politics, racing and the arts, particularly music. In 1949 he married Netta Sobell, the daughter of Sir Michael Sobell, and worked for the latter’s company Radio and Allied Industries from 1954, merging it with GEC in 1961.

The Weinstocks bought their first apartment in Grosvenor Square, Mayfair, London, in the mid-1960s and began their acquisition of Old Master pictures, French and English furniture and English silver from the most interesting collection sales of the day, including Baroness Burton, Mrs Derek Fitzgerald, the Earls of Craven, Sir Harry Hague, John D. Rockefeller, as well as the leading dealers, particularly Partridge and also Mallett and S.J. Phillips.

After purchasing Bowden Park in Wiltshire, a fine late 18th Century house in warm honey-coloured stone by James Wyatt, the Weinstocks continued to assemble their collection of elegant and important furniture, always with interesting provenances or from celebrated collections. 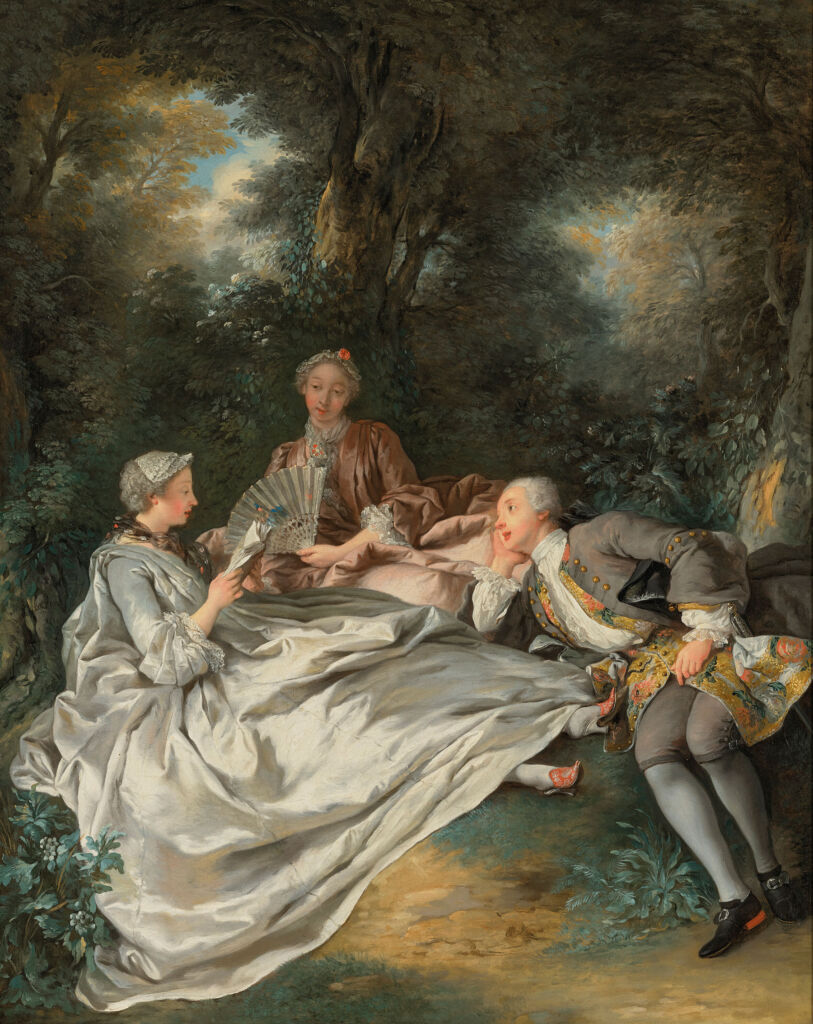 Jean-François de Troy is regarded as one of the most ambitious and fluent masters of grand manner (and grand-scale) paintings of historical, biblical and mythological subjects. Today he is known for a series of small-scale contemporary genre scenes depicting the social rituals of the Parisian haute monde, known as ‘tableaux de mode’ (loosely translated as ‘Fashionable Pictures’), of which The Reading Party is amongst the finest and most seductive. 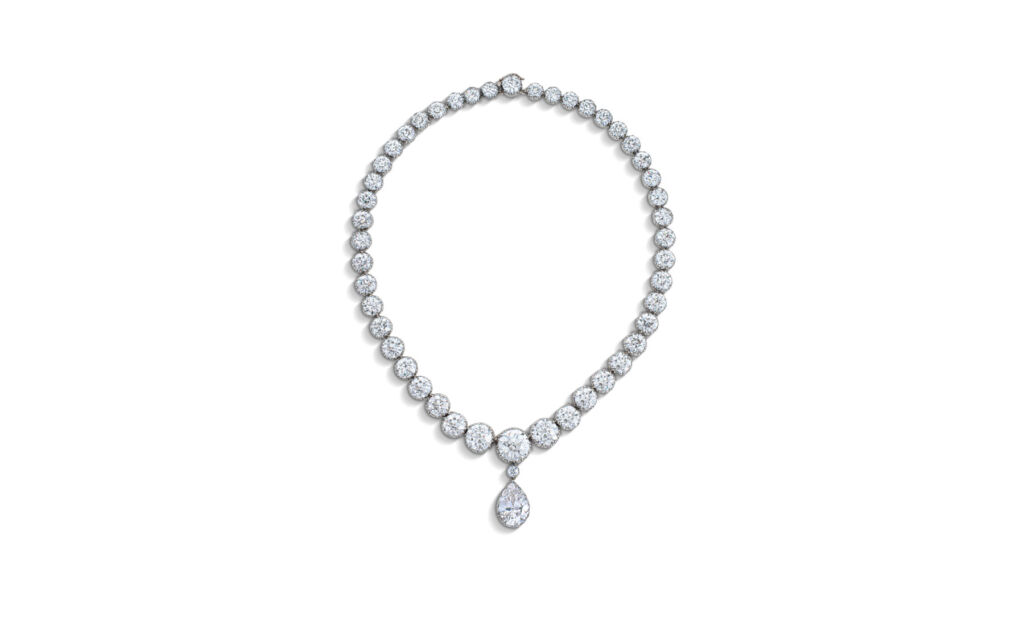 Lord Weinstock was one of the most successful English racehorse owners of his time, winning the Derby with ‘Troy’ in 1979 – a particularly proud moment among many decades of triumphant wins. It is, therefore, fitting that the top lot in The Collection of Lord & Lady Weinstock live auction is John Frederick Herring’s The Start of the Goodwood Gold Cup, 1831 (estimate £250,000 – 350,000). 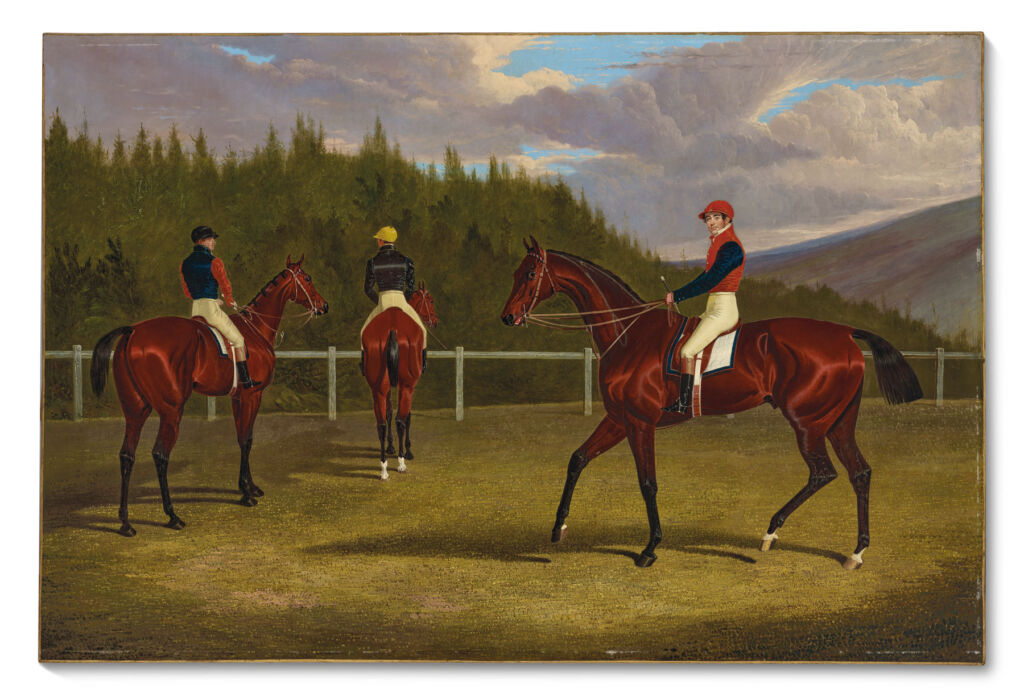 The painting shows Lord Chesterfield’s Priam, His Majesty King William IV’s Fleur de Lis and Mr Stonehewer’s Variation, all at the start of the race. The work hung in pride of place above the chimneypiece in Lord Weinstock’s study at Bowden Park, alongside his many racing trophies, a number of which are also included in the sale. 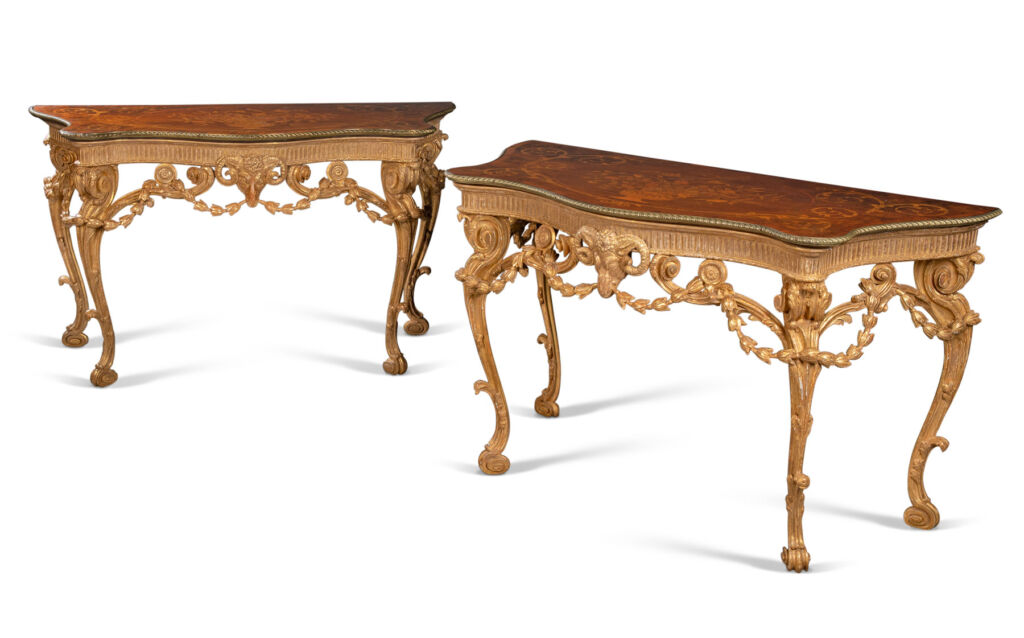 Further highlights include:
The Weinstock’s English furniture was collected with an exacting eye for quality and is highlighted by a group of pieces by or attributed to the London cabinet-makers Ince & Mayhew. Particularly fascinating are the magnificent tables from the Drawing room at Bowden – a pair of George III marquetry and giltwood console tables, attributed to Ince & Mayhew (estimate £100,000 – 150,000), which were probably amongst the furniture supplied by the partnership to the Earl of Kerry in circa 1770.

There is also a splendid pair of tables which were in the hall at Bowden – A pair of George III marquetry, giltwood, and painted demi-lune consoles by Ince & Mayhew (estimate £70,000 – 100,000), which were almost certainly supplied to the Duke of Dorset circa 1777, and had belonged to Sir Michael Sobell. 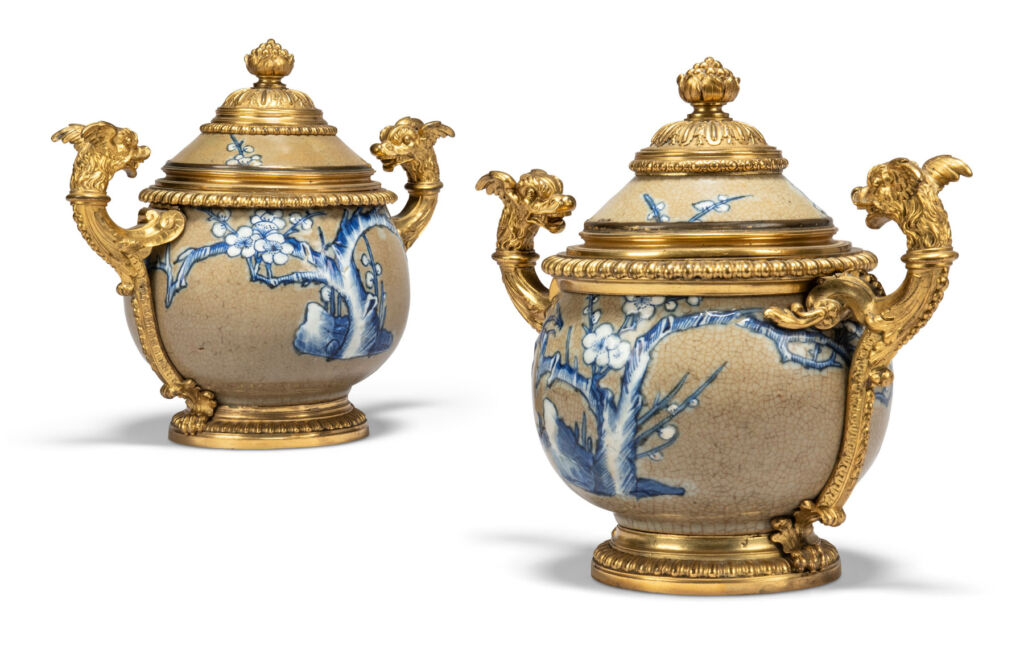 The Lord & Lady Weinstock Collection will be offered for sale in three live auctions at Christie’s London on 22 November. An Important Diamond Rivière Necklace will be included in Magnificent Jewels, Geneva on 8 November; and Jean-Francois de Troy’s The Reading Party will be a highlight in the Old Masters Evening Sale in London on 8 December, part of Classic Week.

To view The Collection of Lord & Lady Weinstock, click here.