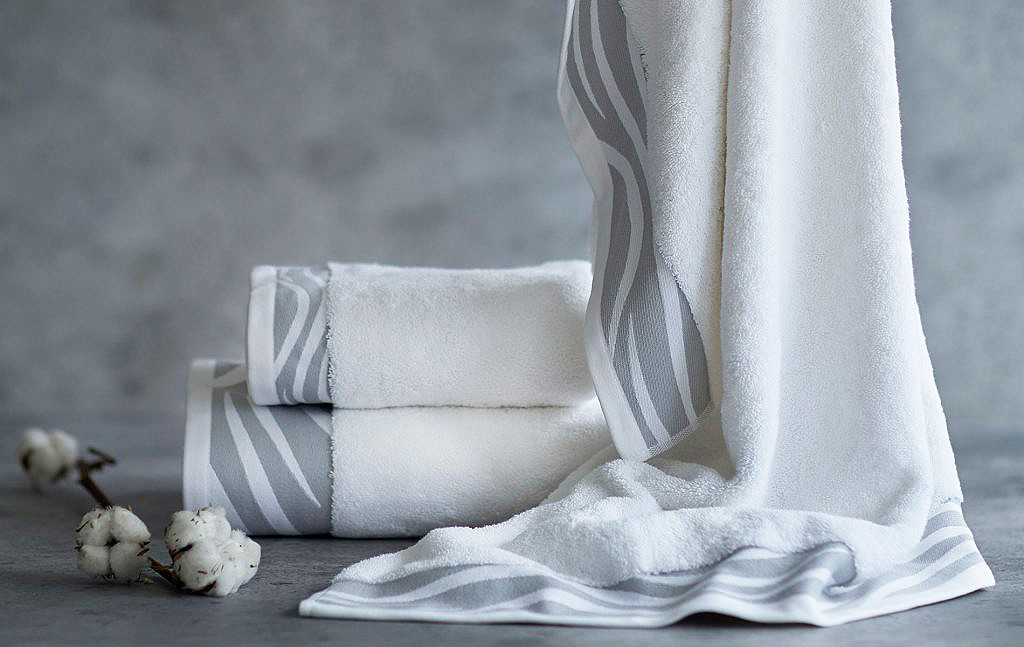 There’s an old phrase we use here in the UK, and it’s “the proof is in the pudding”, this is particularly true when you set out to create something that you believe will be the best in the world. In this feature, we’re looking at Collingwood & Hay’s incredible quest to produce “the best towel in the world.”

Creating the best or being the best at anything is no easy task, no matter what industry you operate in. Even when official data backs you up, people will always put arguments forward, arguing against the facts.

Luxurious Magazine is a good case in point. A few years ago, we were officially the most viewed Media brand on Google Plus. Even though the independent statistic proved we were #1, people were quick to say things such as, “I don’t use it, so no one uses it”, yet we had more than a billion views in a short space of time which clearly disproved the argument!

It’s no different for a company, such as Collingwood & Hay; even if 1000s of consumers say they’ve created the “best towel in the world”, there will always be a handful of vocal people who’ve said they haven’t.

In this article, we’re not going to confirm whether Collingwood & Hay’s towels are the best in the world. Instead, we’re going to look at the huge effort they’ve put into producing what is undoubtedly one of the best products of its type worldwide. 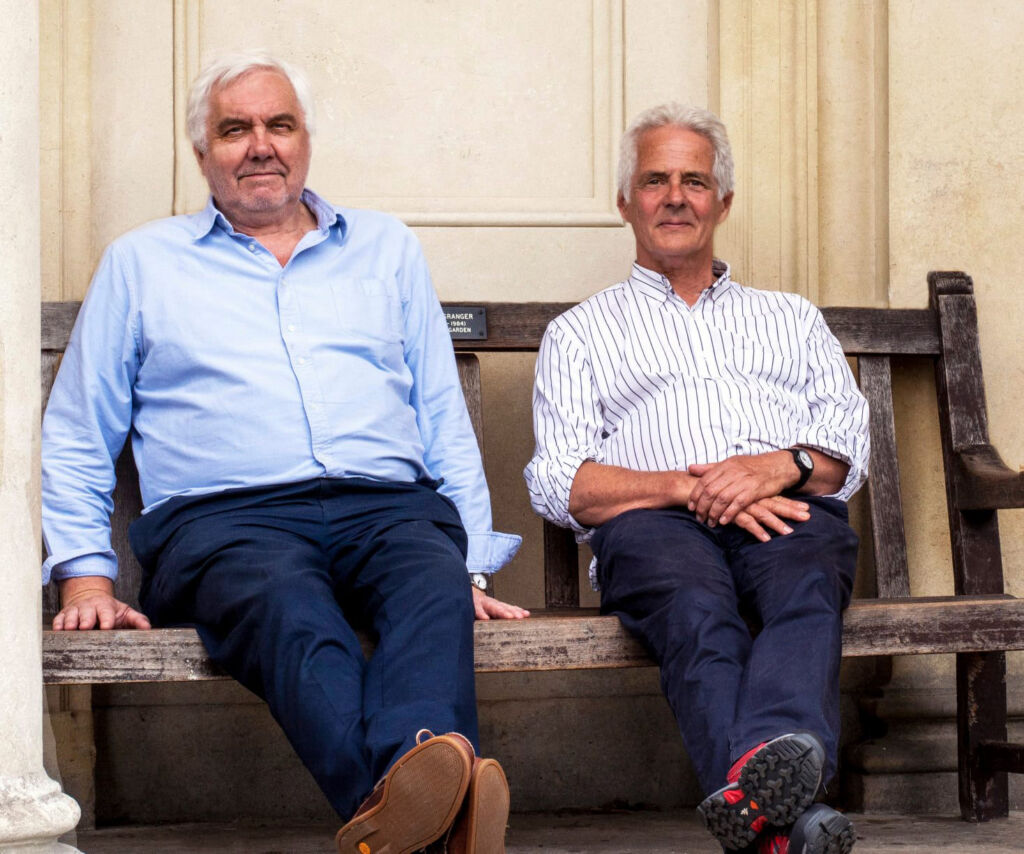 The Quest
Collingwood & Hay was borne from the minds of two English gentlemen. From day one, their vision was to create the ‘best towel in the world’. If you have the goal to make the best of something, especially a product containing no moving parts, the first port of call will always be the base materials.

To be regarded as the best, you need the best. The Collingwood & Hay team decided to use cotton due to its luxury feel, absorbance, natural softness, and it’s sustainability. Making the decision of what to use was relatively simple; finding the best cotton in the world was a more challenging endeavour.

The chaps conducted years of research to uncover where the best cotton could be sourced and embarked on a global fact-finding mission. This quest became a passion, and some of you reading this will no doubt presume that their search ended in Egypt; it didn’t.

Although Egypt is renowned for its cotton, which is found in much of the world’s finest bed linen and shirts, it didn’t quite make the grade.

Their global travels involved meetings with cotton growers, weavers and yarn makers, and their quest soon evolved into a passion. 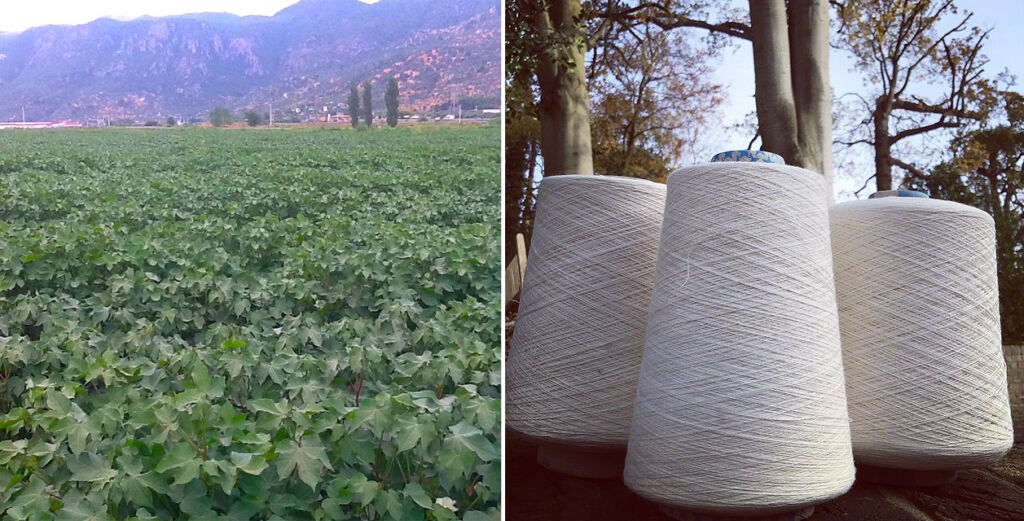 Finally, they found what they were looking for, and it was specific cotton grown in the fields around Bergamo. It was on the hills behind the Agean coast where they found fairtrade farmers growing a rare cotton variety called Gossypium Barnadense, with its extra-long white fibre cotton, perfect for towels.

The production of non-organic cotton involves using 6% of the world’s pesticides, whereas the organic cotton grown by the farmers around Bergamo use no fertilizers or toxic and persistent pesticides. Only a tiny amount of this organic cotton is produced each year and is hand-picked.

To ensure that the cotton is as pure as possible, it is is roller ginned (this is the process of removing the seeds and debris from cotton) rather than saw ginned.

Once the required level of quality has been reached, the cotton is then entrusted to a family firm of weavers in the Minho province in Northern Portugal. These expert craftspeople have been honing their skills for well over half a century and weave Collingwood and Hay’s towels into a perfect balance of softness, weight and absorbency. 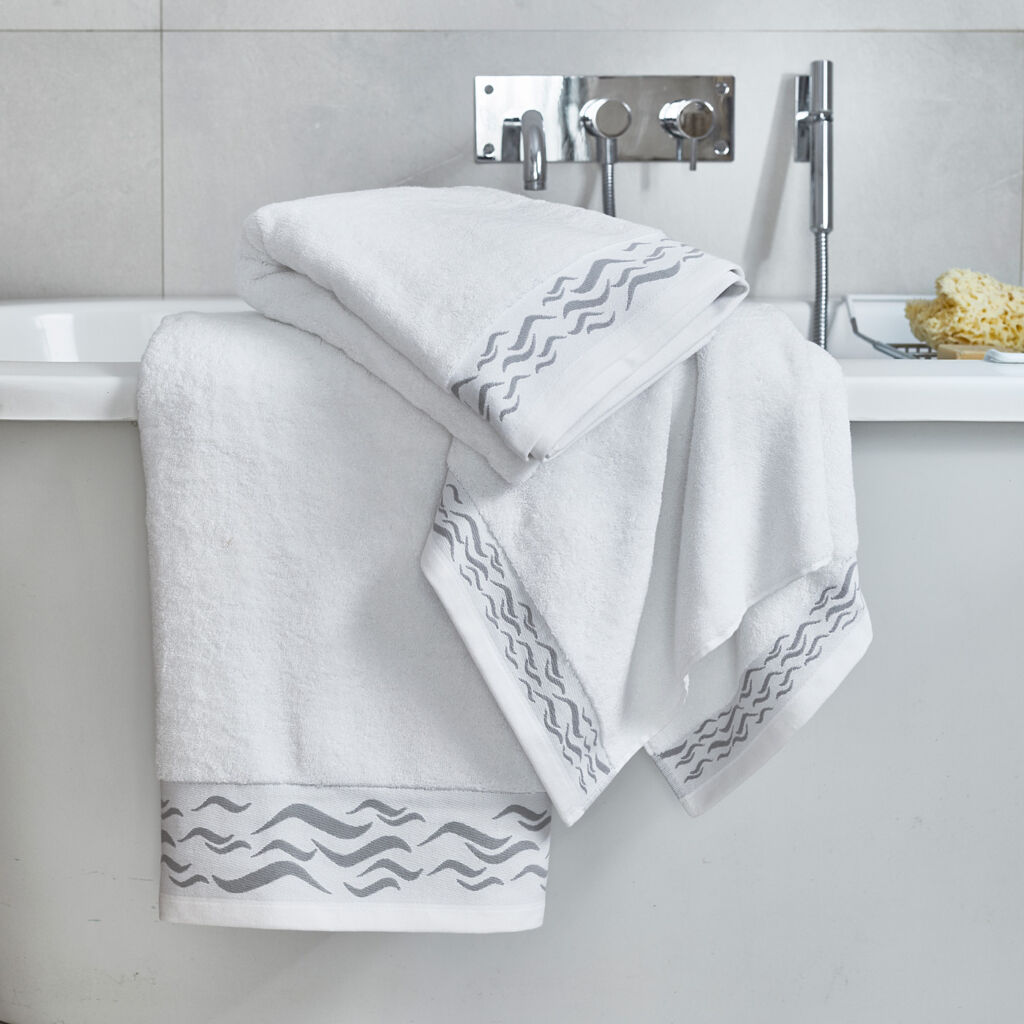 This rather longwinded and undoubtedly expensive process is what’s required when you embark on the quest to create the ‘Best towel in the world’.

Final thoughts
Collingwood & Hay kindly sent us two of their towels to experience the quality for ourselves. When you hold the towels against the face or squeeze them, they do feel incredibly luxurious. They are on display in one of our bathrooms, and if anyone should ask about them, I’ll happily tell them, “those are the best towels in the world.” 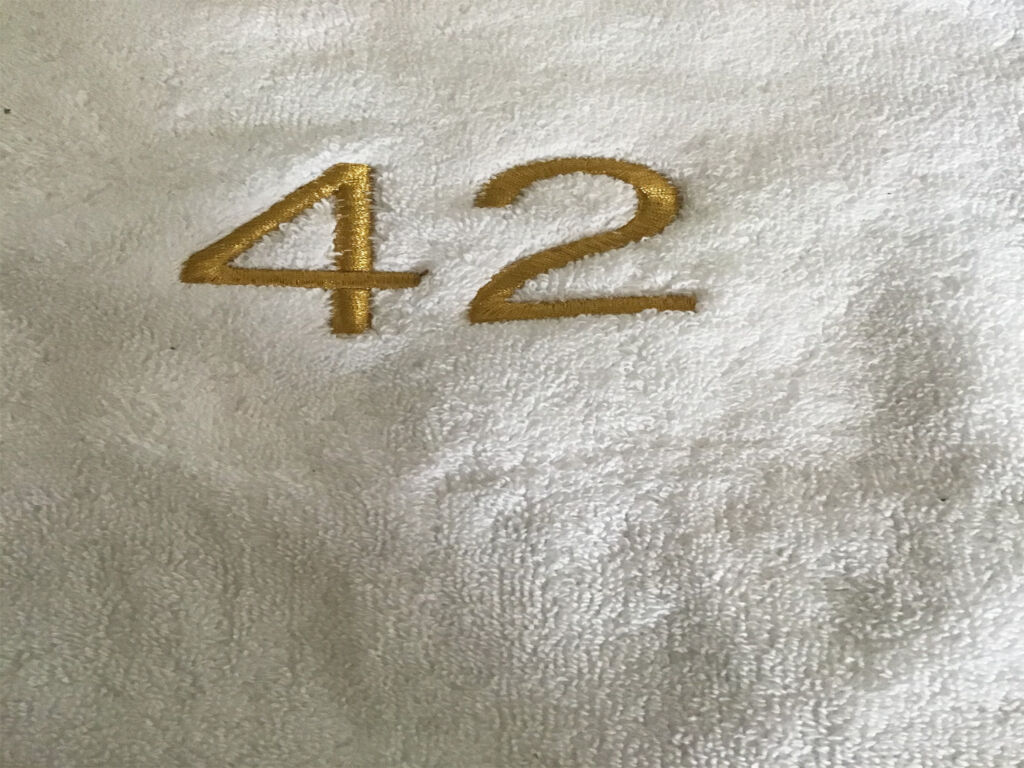 The most important towel in the Universe
Collingwood & Hay have created a special edition towel as a homage to Douglas Adams, the author of The Hitchhikers Guide to the Galaxy. Towels are an important aspect within the book, and this can be clearly seen from the following line, “A towel is just about the most massively useful thing an interstellar hitchhiker can carry”.

If you are curious about the significance of the number 42 on the towel, it is the answer to the Ultimate Question of Life, the Universe and Everything.

To view the range of Collingwood & Hay products and to place an order, please visit www.collingwoodandhay.com.