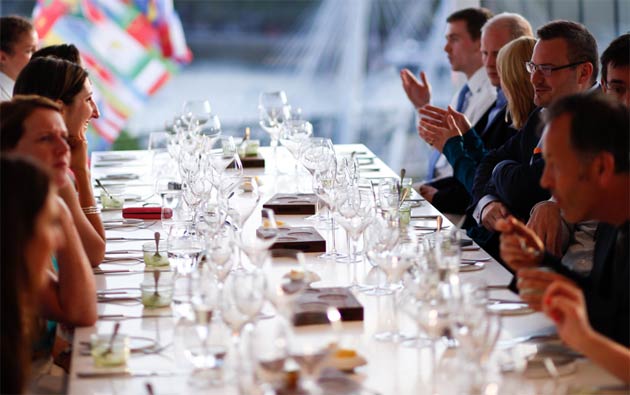 Last week, Luxurious Magazine was invited to experience The Cube – a pop-up culinary pod on the rooftop of the Royal Festival Hall hosted by various Michelin starred-chefs on rotation, all courtesy of Electrolux. 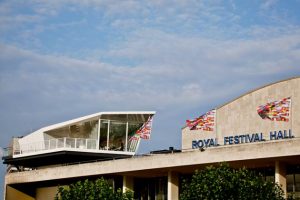 Electrolux, I hear you say? Yes, I was surprised at the sound of an electrical goods company most famous for vacuum cleaners in the UK to be hosting such a fine dining experience. This successful construction previously appeared in Brussels and Milan and is currently in Stockholm, so of course, I was hugely intrigued to discover more.

As I sampled a creamy sweet horseradish ice-cream canapé compactly wedged in between two mini cube shaped wafers, I was happy to be educated on the fact that almost half of Europe’s Michelin-starred restaurants feature Electrolux Professional kitchen equipment. Now that’s very impressive indeed.

I was also amazed at the innovation brought to the proverbial kitchen table by Electrolux Professional, especially its use and advocacy of induction heating. I’m a big fan of gas cooking but I was soon converted to this gentle, energy efficient process, as I sat down to enjoy a fantastic menu put on for the 16 of us (the table seats 18 people max) by none other than double Michelin-starred chef Sat Bains. We also got to watch the team cook in the open plan kitchen and speak to Sat Bains himself, who was friendly, down to earth and highly unassuming. 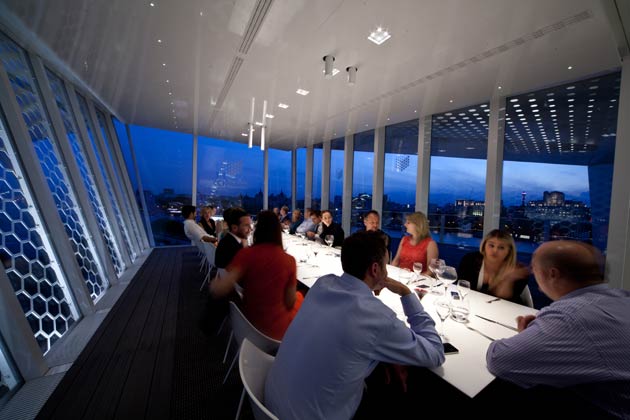 Chef Bains and his team indulged us with a lavish six-course menu using locally sourced ingredients, each accompanied by carefully selected wines. We started with Loch Duart salmon with miso, passion fruit and oyster flavours, followed by salt baked celeriac done three ways with a truffle juice. Next, my favourite – slow cooked melt-in-your-mouth mutton with shallots and then a pleasant twist of Banbury cake with Beauvale blue –a special cheese that went down well with the well matched Smith Woodhouse 10 year old tawny port. A dense chocolate dessert with yoghurt and coffee played the sweet penultimate course, which was followed by a fruity cereal milk and pickled berries. I was especially impressed with the exceptional pairing choice of an Argentinian white wine to enliven the salmon starter – Bodega Tapiz Famatina Valley 2011 Torrontes. 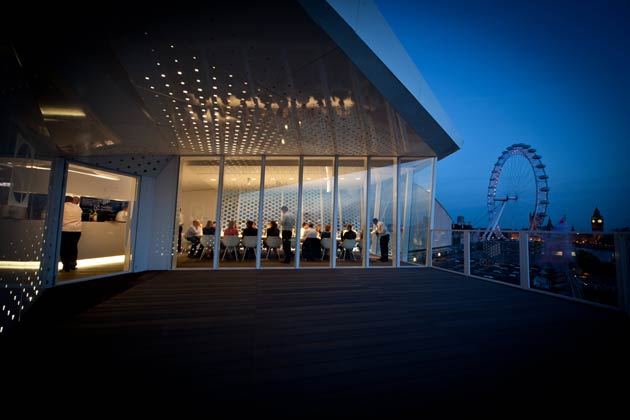 If you are not hosted by Sat Bains, then you will be equally lucky to experience the culinary skill of either Claude Bosi, Daniel Clifford or winners of ‘Ramsay’s Best Restaurant 2010’ and Michelin star holders, Jonray and Peter Sanchez-Iglesias, or Scotland’s Michelin star chef, Tom Kitchin. It probably won’t be much of a surprise that Electrolux supports all of these chefs daily in their own restaurants.

It would be a slight injustice not to mention the incredible panoramic view you get to see up on the rooftop terrace, which spans right across from the Houses of Parliament to the Shard and beyond. Beautiful. 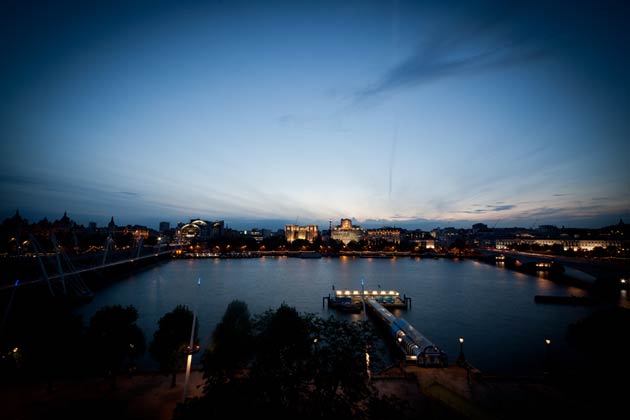 Visits to The Cube by Electrolux are priced at £175 per person for lunch and £215 for dinner Monday to Sunday.