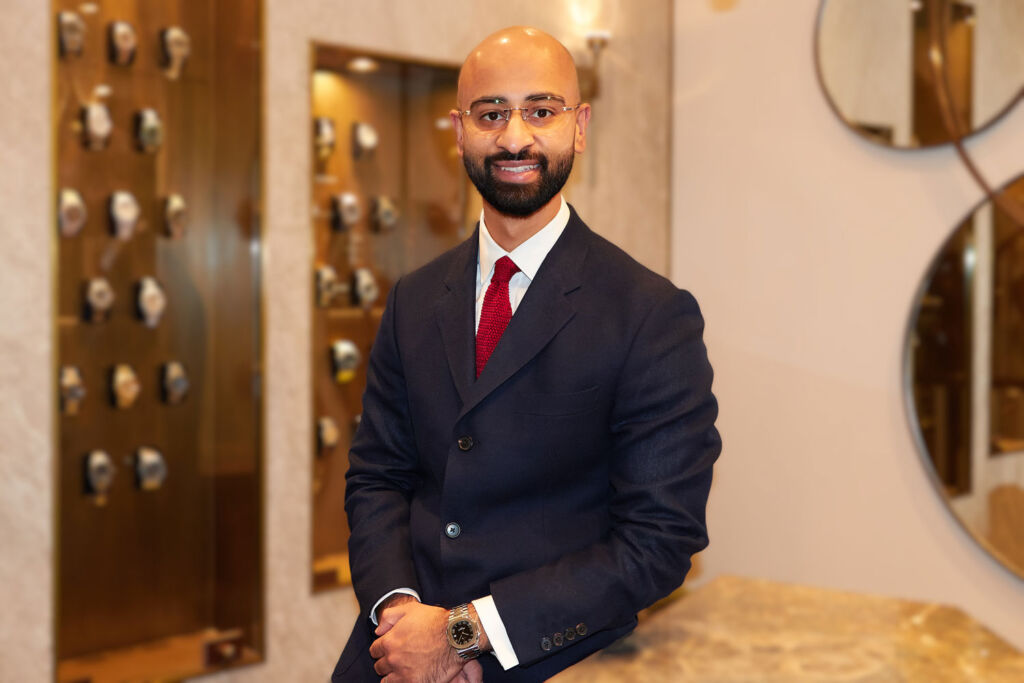 Danny Shahid, the watch expert behind Diamond Watches London’s (DWL) new flagship store in Mayfair’s Burlington Arcade, details the luxury watches he would invest in if he had no more than £20,000 to spend.

The pool of luxury watches within the £20,000 price range has been expanding in recent years, with rich offerings from the top brands. Danny Shahid’s five favourites demonstrate just how much watch you can get for your money, even in today’s buoyant market. To make a healthy return on investment, you need to research which models are undervalued and therefore have the potential to explode in popularity:

Spending your hard-earned cash on a decent timepiece is always a wise investment because when you wear a luxury watch, it creates a feeling of exclusivity for you and the people who see you wearing it. Doing your research and purchasing an undervalued watch means a greater potential to sell it on for a healthy profit, but equally, it could be something special to pass on to the next generation as a family heirloom. 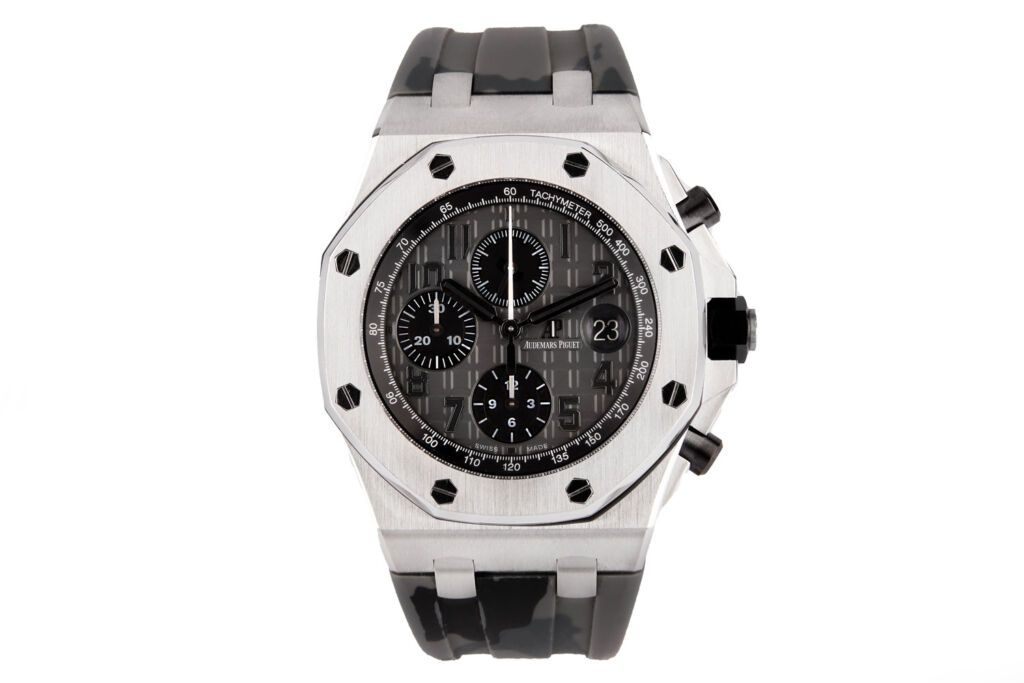 Audemars Piguet Royal Oak Offshore Chronograph ref. 26470ST
These were released in the 1990s as an evolution of the infamously disruptive Royal Oak, the Offshore blends the Royal Oak’s iconic design language with a younger audience’s contemporary tastes. This model is a sportier version of the iconic Royal Oak. The Offshore features a tachymeter in its rehaut, large lume-applied military-style Arabic numerals for legibility, increased water resistance and an incredible shock absorption system.

Created for the actively inclined, the Offshore has become a massive hit with modern collectors as the frenzy for sports watches continues to feed into collecting habits. Priced at a relatively affordable £16,000, this 2014 Offshore Chronograph makes for an incredibly versatile offering from one of the world’s most highly respected watchmakers. With its slate grey Méga Tapisserie dial, this is timepiece can go under the radar or be dressed up with a whole host of third-party strap options, should you be so inclined.

Audemars Piguet Code 11.59, ref. 15201BC
The Code 11.59 was released in late 2019 and received rather tumultuous feedback from the community, but much like the Royal Oak in 1972, has begun to experience a change in fortunes as collectors warm to its design.

Within its design is what Audemars Piguet (AP) claims to be their most complex case construction ever. Made by marrying a top piece with an octagon-shaped midsection to another base piece, the case of the ref. 15201BC that we have on offer here is made of 18kt white gold and is quite unlike anything else on the market today. Featuring a navy-blue lacquered dial decorated with white gold hands and numerals, the Code 11.59 features every aspect of luxury you would expect from the Holy Trinity member.

Offered at just over £20,000, its retail value is £27,500 and so represents immense savings overall. Powered by the new AP Cal. 4302, this is an opportunity to secure yourself a modern AP for a fraction of its RRP, something that is happening less frequently as the brand migrates to a boutique-only strategy. 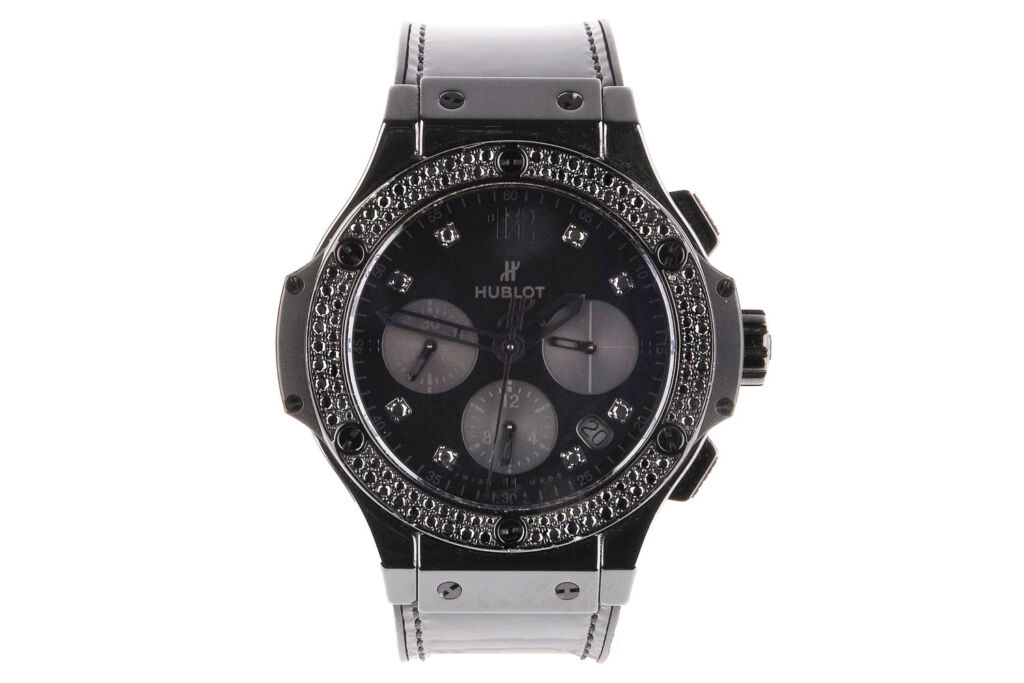 Hublot Big Bang
With Hublot’s popularity still not peaking at the desirability levels reached in the 1980s and 90s, their watches can be collected for an affordable price relative to their MSRP.

For example, the Hublot Big Bang used to fetch £16,500 at retail but can now be acquired for around £9,000. Blending a stealth all-black design with the sparkle of its diamond hour markers and fixed bezel, this model might produce strong returns if Hublot’s brand equity continues to rise and the craze for iced-out pieces continues.”

The new DWL shop in Mayfair’s Burlington Arcade is operating a strict Click & Collect service via bank transfer and appointment only, with pick-ups being carried out at a safe social distance. For more information and to contact Danny Shahid, please visit www.diamondwatcheslondon.com.