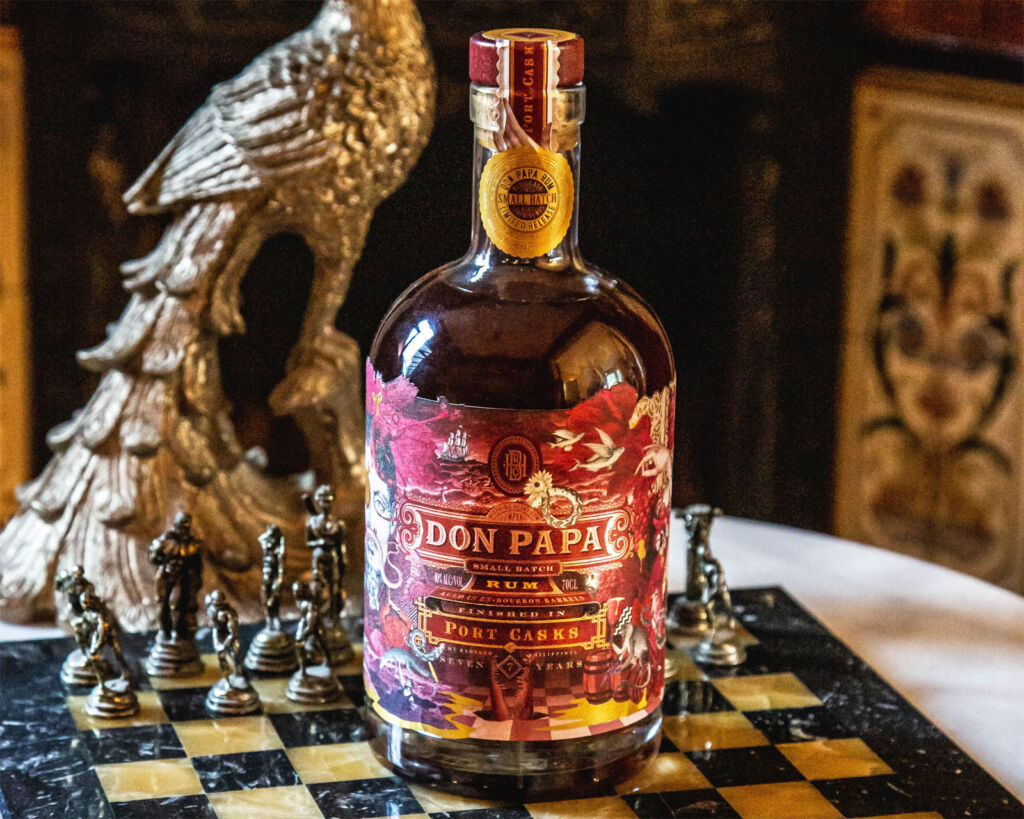 We may not be able to move as freely as we would like in the wake of lockdown, but we can go on an incredibly rich taste odyssey with Don Papa’s new Port Casks from the comfort of our homes. 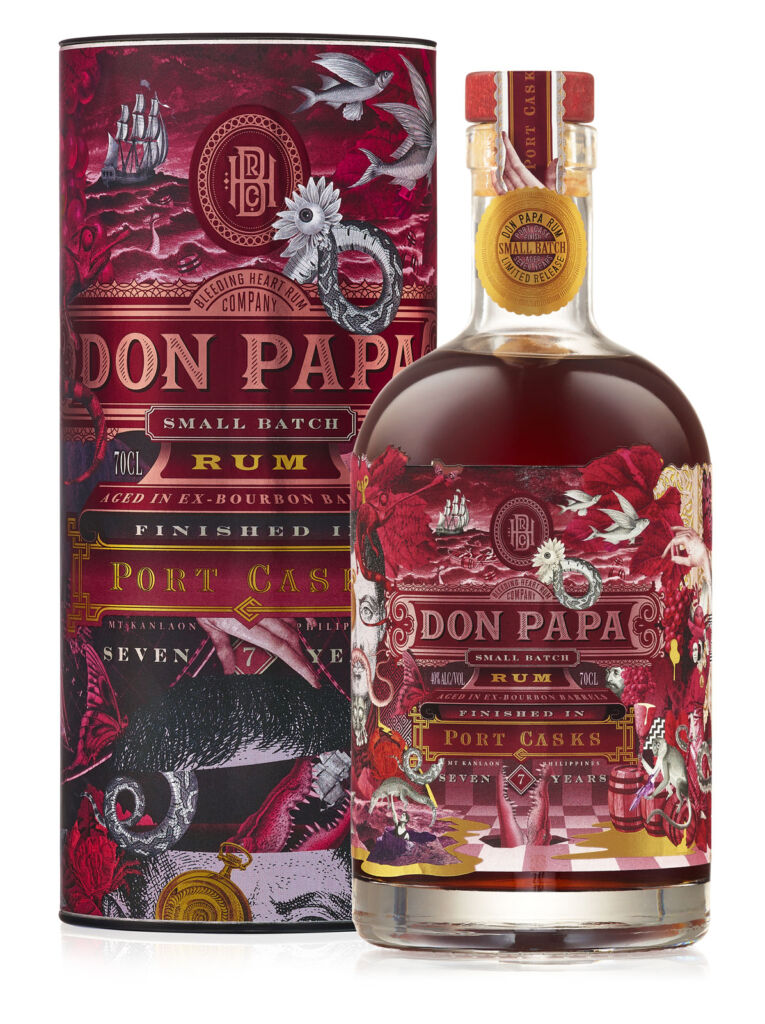 Don Papa rums are distilled on the mystical and fertile island of Sugarlandia – which is the local name for Negros – and are aged in the unique volcanic climate surrounding the foothills of the active volcano Mt. Kanlaon. This intensely full-bodied expression (bottled at 40% ABV) has developed an additional layer of complexity. It’s initially aged two years in ex-bourbon casks before it is transferred into rich, ruby-hued Port Casks for an additional five years.

The result is a dark, warming, spicy liquid with lingering fruitiness and warmth. It’s the deep notes of liquorice, dark chocolate and muscovado sugar, as well as polished oak, followed by zesty blood oranges, ripe red berries and a subtle note of fresh vanilla, which give this rum its unique taste profile. In my opinion, the rum has been launched at the right time as the flavours feel like a nod to the Christmas season.

But the real reason the Port Casks rum has been launched now is to coincide, and with the five hundredth anniversary since the Portuguese explorer Ferdinand Magellan was commissioned by King Charles I of Spain to embark on an expedition in search of the Spice Islands.

The expedition was to change the course of maritime navigation and history forever. And it was this epic story connecting the old world with the new, which was the brand’s driving force behind creating the super-premium Port Casks limited edition. 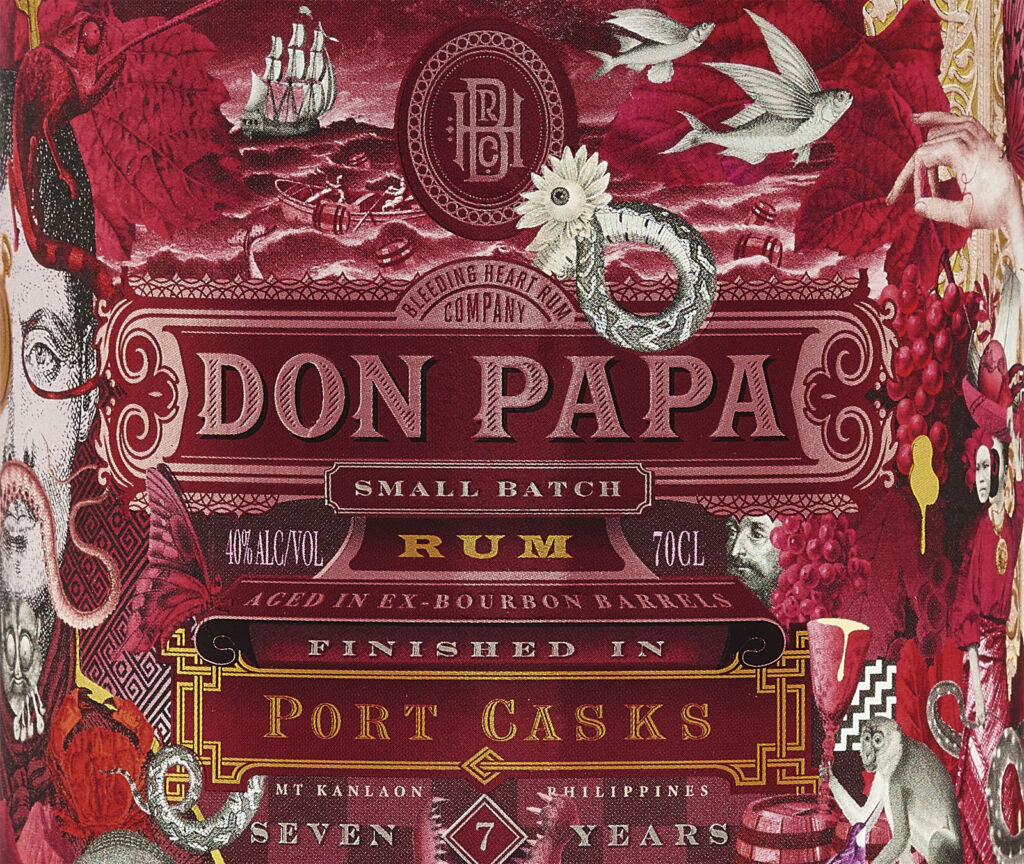 If you love to look at labels on bottles as I do, I am sure you’ll find this limited edition interesting. The intricately detailed design depicts aspects of the arduous three-year exploration by Magellan and uses references to the various creatures found on Sugarlandia and the irreverence of heroic Papa Isio, who was the inspiration behind the Don Papa name in the first place.

Former Remy Cointreau executive Stephen Carroll founded Don Papa during a trip to Bacolod. He also founded the Bleeding Heart Rum Company after becoming intrigued by stories of the area having the finest sugar cane in the world. He started to manufacture the rum in Negros, which is considered the sugarcane capital of the country.

Until then, rum was only distilled in other areas of the Philippines. Don Papa was first introduced in Bacolod in 2012, followed by Manilla the same year. Today it’s available in international markets such as the UK, Spain and most recently (2017) USA.

Don Papa Port Cask Finish – Where and How?

The Don Papa Port Cask Finish launched in October and is available to purchase from Harvey Nichols, priced at £70. The Don Papa’s signature expression, Don Papa 7, is available from Sainsbury’s, retailing at £32.