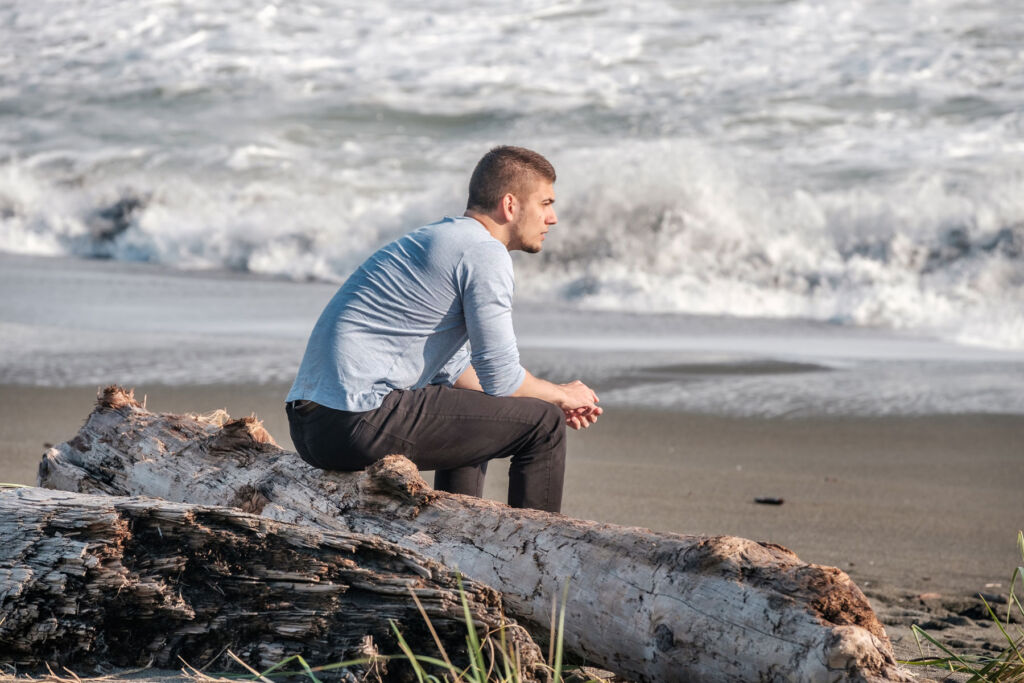 Loneliness is a global issue. In 2018, a KFF report revealed that 22% of American always or often felt lonely. Additionally, a survey by the ONS in 2020 reported that 5% of people in Great Britain felt lonely “always” or “often” during 2020. Chartered Psychologist and well-being expert Dr Audery Tang sheds some light on the subject in this exclusive feature.

There’s a sense of shame around admitting that one feels lonely. It is almost as if it is the most natural thing in the world to have connections; after all, as social beings, we see other people every day. 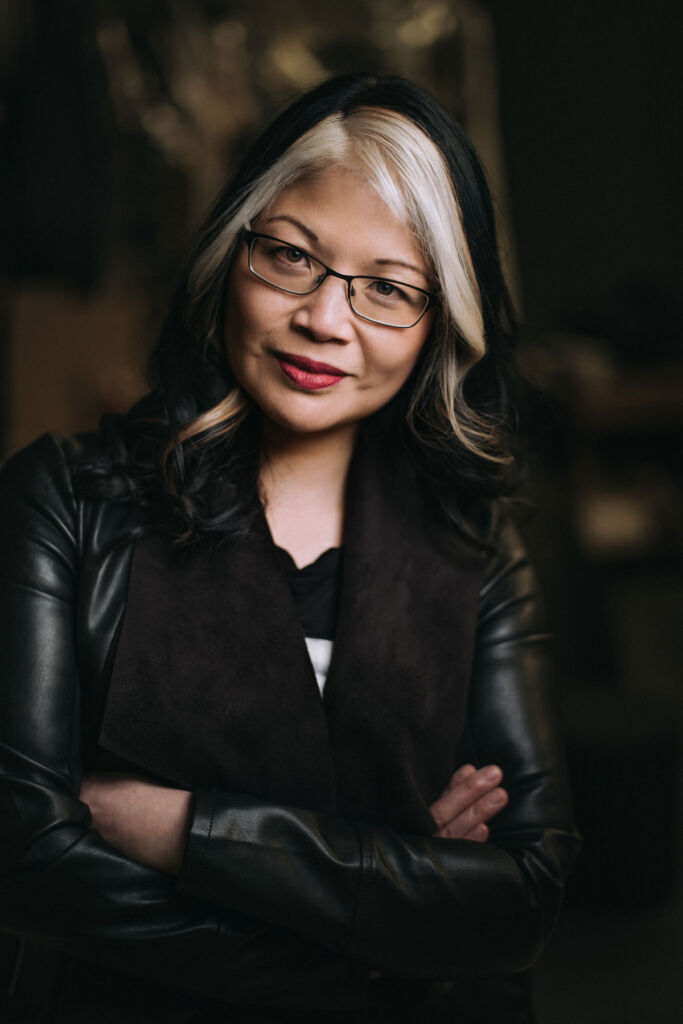 However, there is a vast difference between someone with whom you feel a sense of belonging, or at the very least a shared history that you look at fondly, and the Facebook friend who likes a post now and then or the fellow dog-walker you acknowledge as you pass by.

And the world is not necessarily set up for meaningful connection, so if we don’t work to maintain it, we may find it slipping away. As such, loneliness may be more common than we think.

Martin Seligman, the founder of positive psychology, spoke about the three key pillars of happiness – a sense of flow (loving your work/life, or that in the zone feeling), healthy relationships, and a sense of purpose.

There are two key distinctions that must be noted.

Loneliness is not to be interchanged with solitude as a choice, and neither is it to be confused with isolation. 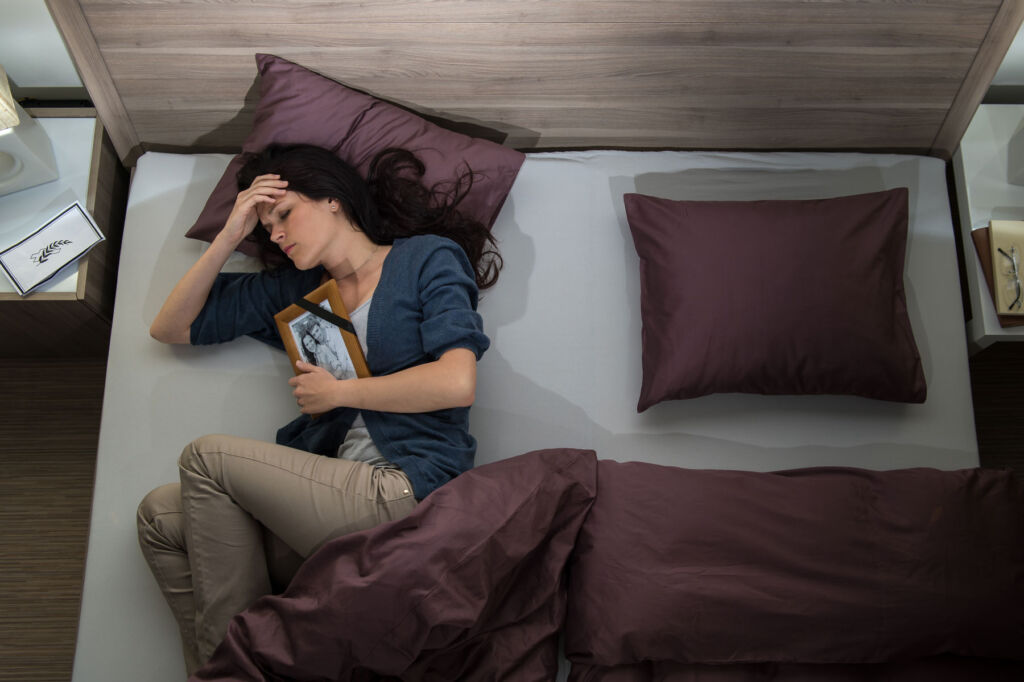 In the case of chosen solitude, you have actively sought to spend time on your own and often feel fulfilled and occupied throughout. Whilst presenting to others that you are alone – any feelings of sadness are likely to be projected narratives from the observer rather than what you may be experiencing. I have personally enjoyed going to the theatre or having lunch on my own – I did not feel lonely; in fact, it was an opportunity for me to recharge.

Solitude is often the choice of many introverts to replenish their energy, especially if they have spent a lot of time in social situations as their work or hobbies may require.

Isolation is where you can objectively count the number of contacts someone has – it is factual rather than emotional. Loneliness is best described as a feeling of sadness BECAUSE of not having friends/family around – it is a sense perhaps described as the lacking (or perhaps loss) of companionship. You would not be isolated while others are around, but you can certainly feel lonely – so again, the observer’s perceptions may mislead them! 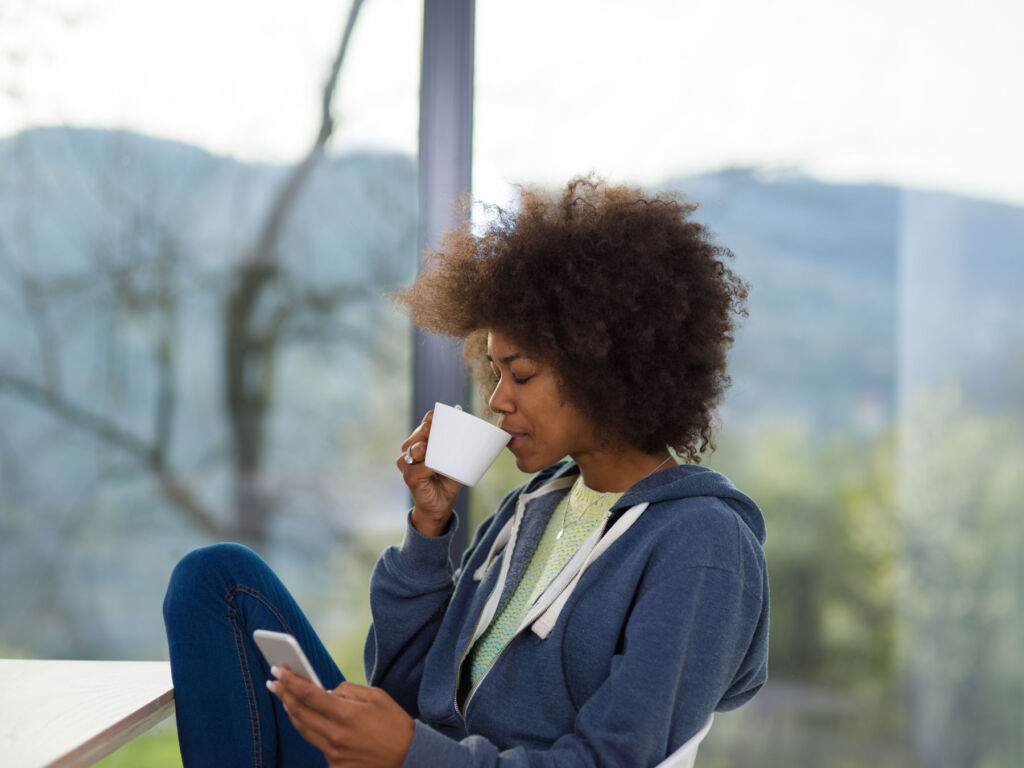 There are also two types of loneliness experienced – emotional (the companionship of a specific person) or social (not having a wider network of friends). We live in a very fast-paced world where project-based workloads may mean moving constantly or a lot of travelling, and as such, friendships can be less rooted and are certainly less easy to form. Not only that, but social media and other forms of technology can simulate company, but it is not the fundamental connection that many humans desire.

Why must we deal with feelings of loneliness?
It is incredibly important to address feelings of loneliness because the research in this area is not positive. Holt-Lunstad (2015) found that reported feelings of loneliness increase the likelihood of mortality by 26%, and loneliness has also been associated with other physical illnesses such as heart attacks and strokes. Having few connections with others may also contribute to a decline in mental health with links to dementia as well as depression, and one study by O’Connell et al. in 2004 found that “loneliness and low social interaction are predictive of suicide in older age.”

Further to which, because we become accustomed to what we often practice, loneliness can become a habit which can then lead to a spiral of negative feelings such as fearing others, lacking trust in others, and even low self-esteem if we begin to worry that we are struggling to make conversation with others. 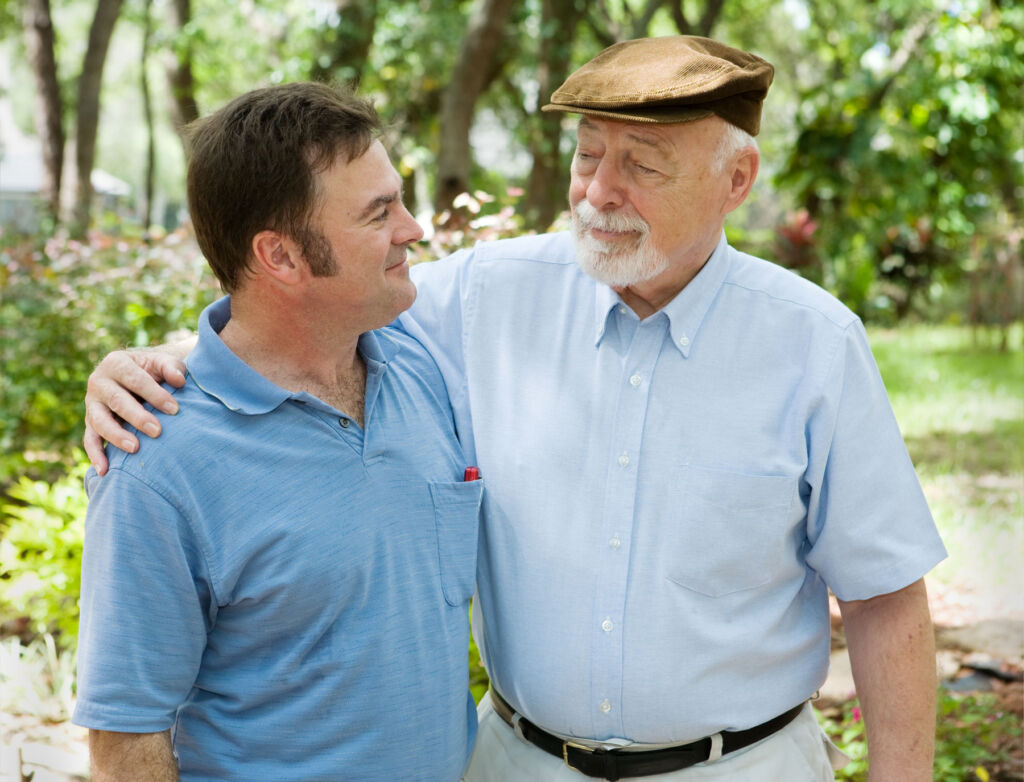 Not having someone to share worries with can lead to overthinking or biased views and solutions, and what interactions we do have can begin to feel awkward – even to the point where we begin to believe it is easier not to have them.

It is also important to address these feelings in a healthy manner rather than engaging in other strategies to try and get our social needs met, such as sexually promiscuous behaviour or the opposite of bottling things up – ‘oversharing’ which is not a problem in itself with good friends – but unless you are careful in choosing your friendships, some people who may not have your best interests at heart may suddenly know your secrets and use them against you.

Furthermore, entering a relationship (even a friendship) just for the sake of having one can not only cause emotional problems for you later on down the line but for the other person as well. 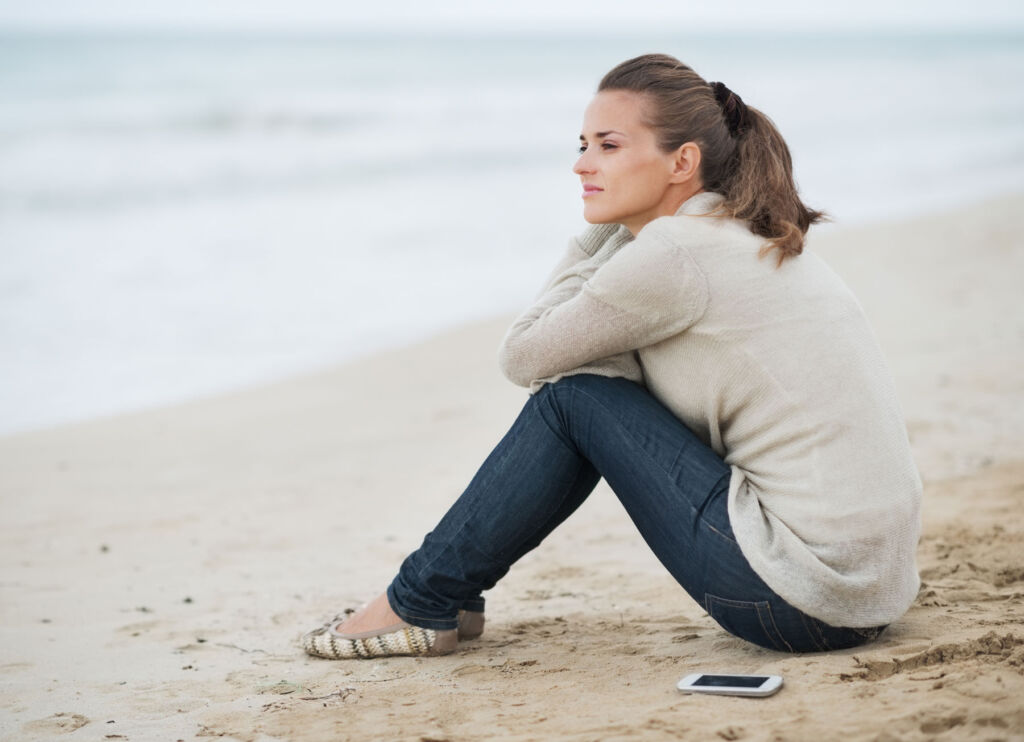 Things to watch for – in yourself and others:

Changes in personal grooming, eating habits and sleeping. While you may not see these first-hand, you may notice if, for example, a work colleague has suddenly lost a lot of weight or they are distracted, dishevelled, or seemingly lacking in energy for anything. 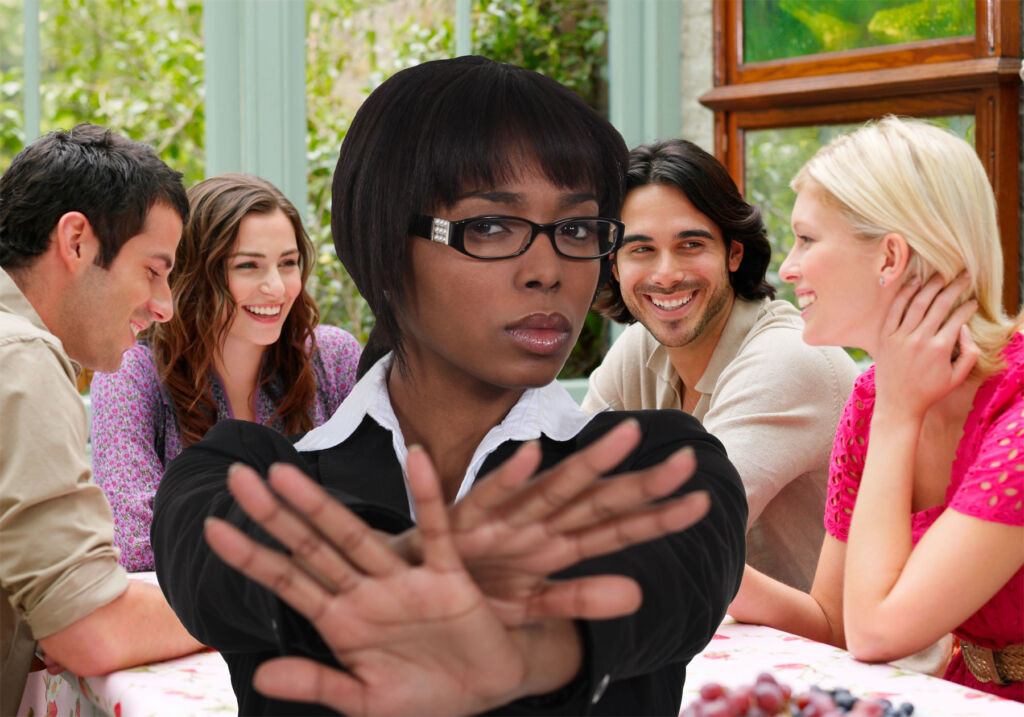 Refusal of invitations – although this seems counter-intuitive, i.e. that someone who feels lonely is rejecting the opportunity to go out; if the sense of loneliness has affected their self-esteem, they may be viewing the invitation as a pity invite, or they may worry that they will feel or be awkward. This behaviour may also present as a change in communications – for example, if someone used to call a lot, and then they don’t, perhaps something is going on.

(in contrast to the above point) A wealth of meaningless interactions – one night stands, getting drunk regularly with people you do not know well, going out just for the sake of going out and often feeling sadder after the event has ended can be another indication that you are trying to compensate for the loss of something in your life.

A desire for contact – even if it is not meaningful to you. Recently Age U.K. reported a case where an elderly person ordered parcels just to speak with delivery drivers, and we may ourselves have experiences where someone seems to share a lot with you (when you hardly know them), and this may simply be because we have a need for contact of some kind – perhaps to feel that we are not forgotten.

Over shopping/overeating – Another way which experience has taught us is very effective to feel better is shopping and eating – we get a dopamine hit the moment we spend money, or with that first bite; it is notable that the positive effect decreases over time, and it is swiftly replaced by feelings of anxiety or guilt – which exacerbate the feelings of sadness.

If you recognise these behaviours in yourself or others, take a moment to ask yourself – what is really going on right now? What emotional void am I really seeking to fill?

What can we do?
Once you acknowledge that you are feeling lonely, try and work out what it is you are missing, e.g. a regular group to associate with; engagement in a hobby; people dropping in all the time; people who share your sense of humour or approach to life.

Then it may be possible to take steps to rebuild that network – one connection at a time. 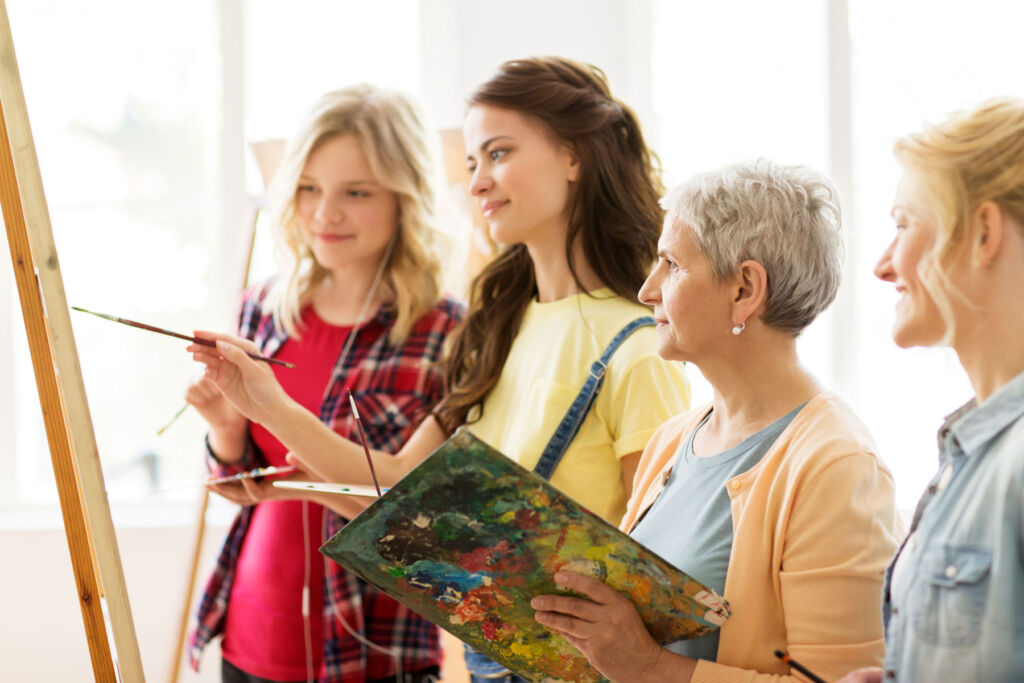 (1). Join a class, club or volunteering – something you always wanted to try or something you always enjoyed. There you may meet like-minded people where you know it will be possible to connect on some topics of conversation. Volunteering may also allow you to feel extra fulfilment at being able to give a little time back to the community.

(2). Talk about your feelings with a coach/counsellor – Your G.P. may be able to refer you to free counselling support (although waiting lists can be lengthy), but professional intervention, as well as working with your feelings of loneliness in a healthy way, may also help you address any reasons or behaviours which may have led to the situation in the first instance. 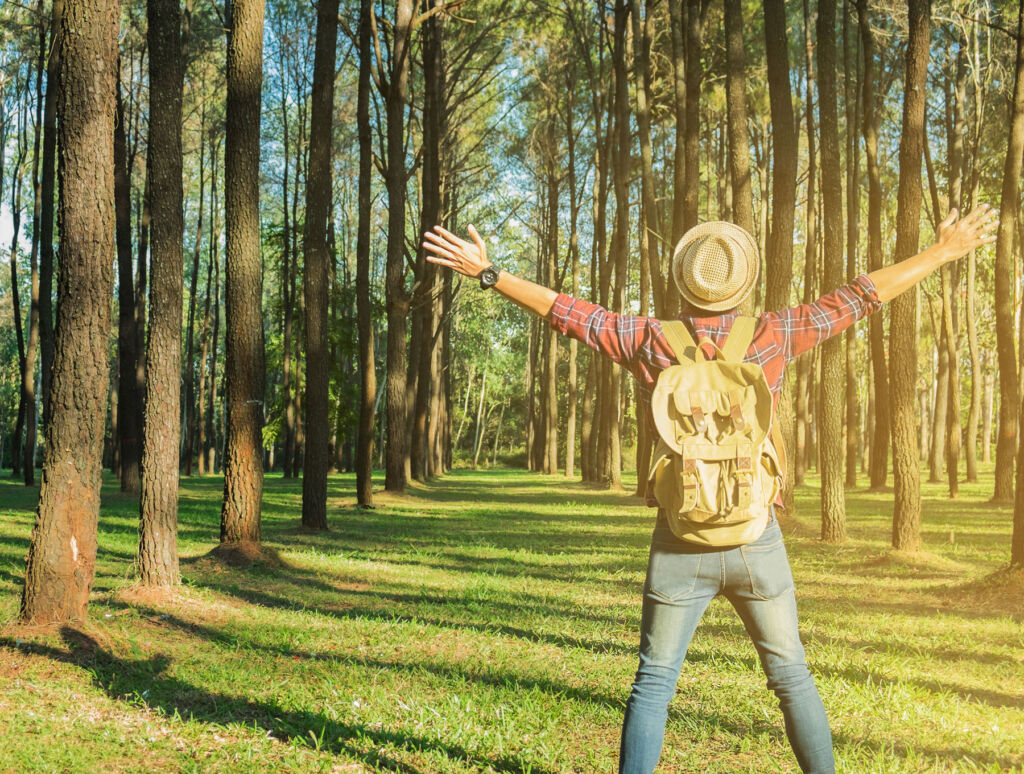 (3). Remember that your physical health can affect your mental well-being – Eat, sleep and exercise – getting the blood pumping can help clear your mind and improve your sleep – which in turn can lift your mood, just because of a better balance of serotonin. Getting outside into nature for that walk adds the bonus of vitamin D, and serotonin, to your physical activity, which can also produce endorphins or even a boost of dopamine if we achieve a fitness target.

Physical activity can also be a great way to meet like-minded individuals – who might exercise at similar times to you.

And related to helping your sleeping habits – make your bed every day!! This seems like such a trivial thing to do, but it’s a simple act of self-care – we spend around 8 hours (a third of our day) in the bedroom, and you are worth being welcomed back to a straightened duvet cover. (This also goes for washing up and taking the bins out!) Feeling better about yourself is likely to make you feel more motivated to meet others.

(4). Accept invitations – even if you are unsure if you will enjoy the event. At least you will know for next time, and you might meet other people who think the same while you are there. OR, Invite people over. Being a host can be energising, and it doesn’t take a lot of work to pour a few nibbles into a bowl.

Arrange a film/sport/games night – and when it comes to games, try the more unusual co-operative games such as “Pandemic” or “Betrayal: House on Haunted Hill” or even a tabletop Escape Game such as “UNLOCK” because they are a great way to get chatting strategy and teamwork, and because there is a shared goal, you don’t need to worry about how to make small talk. 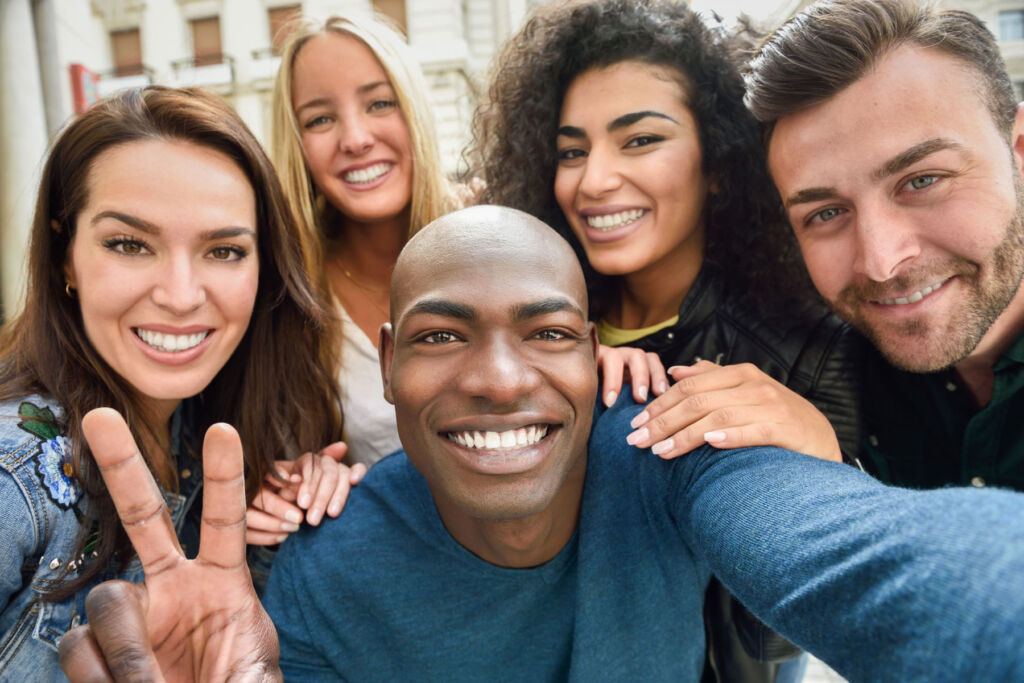 (5). Make advance plans – This gives you something to look forward to – so call up those old friends and make a date to see them. If you are missing family, perhaps because they live far away – again, if time and budget allow, book that visit. And maybe as you count down to it, you might also be able to drop in via an online platform to make even more plans for when you arrive.