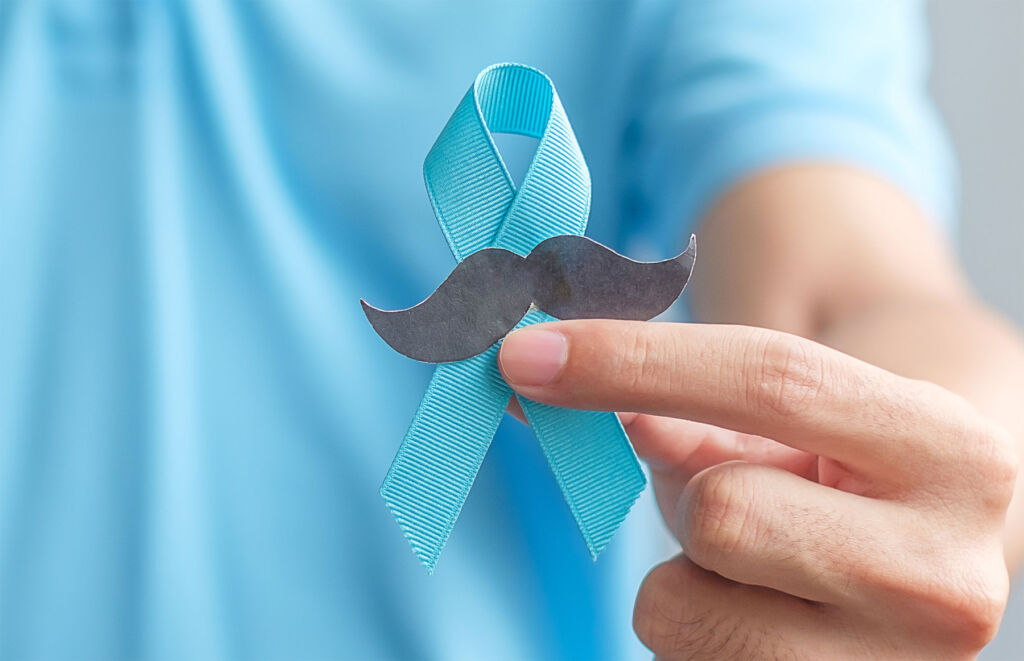 For Movember, charities and projects are raising awareness of men’s health, including prostate cancer. Having served as a GP for over three decades and conducted over 20,000 health assessments, Harley Street’s Dr Garry Savin knows how essential early detection is. In this feature, he shares his knowledge and expertise to help you and the men in your life protect your prostate.

Prostate cancer is now the most common cancer in men in the UK. Over 48,500 men are diagnosed with it every year, which over a lifetime puts 1 in 6 men at risk. The risk for men developing prostate cancer is higher than a woman’s lifetime risk or breast cancer, which is 1 in 7.

More and more men are being diagnosed with the cancer, which could be due to an increasingly ageing population and a greater awareness coupled with testing and diagnosis.

For one of my recent patients, the diagnosis was out of the blue. He is a successful businessman who came to us for his health assessment and had no changes in symptoms or major conditions that significantly affected his health. One of his blood tests, the PSA, was found to be very marginally elevated, and he was referred to a leading urologist, who was able to see him on the same day. This led to a specialised multiparametric MRI of his prostate, which showed a very small focus of suspicion within the right lobe of his prostate.

After a small interval, he was advised to have a repeat multiparametric prostate scan to assess the focal area of concern. Shortly after this second MRI scan, he underwent ultrasound-guided prostate biopsies where 34 targeted samples were taken from his prostate gland and sent off for analysis. The histology results revealed the presence of prostate cancer in three of the samples, which were rather alarmingly, found to be a high-grade prostate cancer under the microscope.

Consequent surgery meant that all the cancer was removed early before it could spread further, essentially curing him.

If he hadn’t has a health screening when he did, the outcome could have been very different, as most prostate cancers only cause symptoms when the cancer has been present for some time and has grown large enough to spread to other organs or the bones.

So, let’s find out more about prostate cancer: 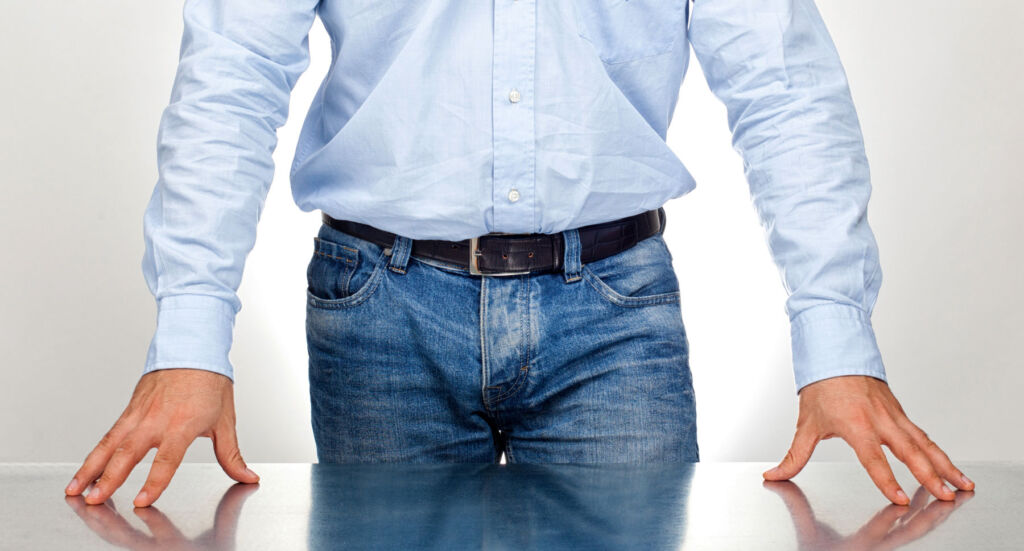 The gland naturally enlarges with increasing age, and this is called benign prostatic hyperplasia (BPH), a completely different process from prostate cancer and thought to be due to the hormone testosterone.

Doctors rate the aggressiveness of prostate cancers by taking biopsies and calculating a “Gleason score”, which is then converted into a Grade Group.

Because the cancer is in the outer part of the gland, they do not cause symptoms for quite some time, possibly for many months or years. This means that most men with early prostate cancer do not have any warning symptoms until the cancer has been there a long time and has had ample opportunity to spread.

Prostate cancers can spread into the prostate gland but also to surrounding structures like the back passage, the urethra and the many lymph nodes of the pelvis and abdomen. Very advanced cancers can also spread further afield to the bones, liver and lungs and other organs, a truly horrific scenario.

The key point is that early prostate cancers do not cause any symptoms – usually, symptoms occur only once the cancer has advanced.

Sometimes the cancer can cause urinary symptoms such as:

But typically, these would be more likely due to benign enlargement of the prostate, which can occur with age, so it can be difficult to know if it is this or prostate cancer.

Once it becomes advanced prostate cancer, many men present with general symptoms such as:

I have even seen breathlessness as a first symptom due to lung spread and even weakness in the legs due to spinal cord compression as a first presentation.

Prognosis
Like most cancers, but particularly in prostate cancer, the chance of a cure is heavily dependent on the stage at which it is first detected. Cancers that have spread beyond the prostate gland are much harder to cure than cancers that are localised to within the gland or part of the gland, but we have learned that one cannot rely on waiting until symptoms occur as a way of detecting prostate cancer. This means many men are too late for a cure, and the treatment then becomes palliative.

The choice of treatment is decided on an individual case-by-case basis, but all urologists will agree that the best prostate cancer to deal with is one that is as small as possible at the time of diagnosis.

Who is most at risk?
Prostate cancer can occur in any man, but age is the biggest risk factor. Prostate cancer is most common in men aged 75 to 79 years. Often in this age group, it is slow-growing but not always.

It is rare below 50 in men with no family history and vanishingly rare below 40, but I did pick it up in a 39-year-old once who had a particularly aggressive form. Men more at risk are those with a first degree relative with prostate cancer and men of Afro-Caribbean ancestry. These men should be particularly closely screened, in my view. 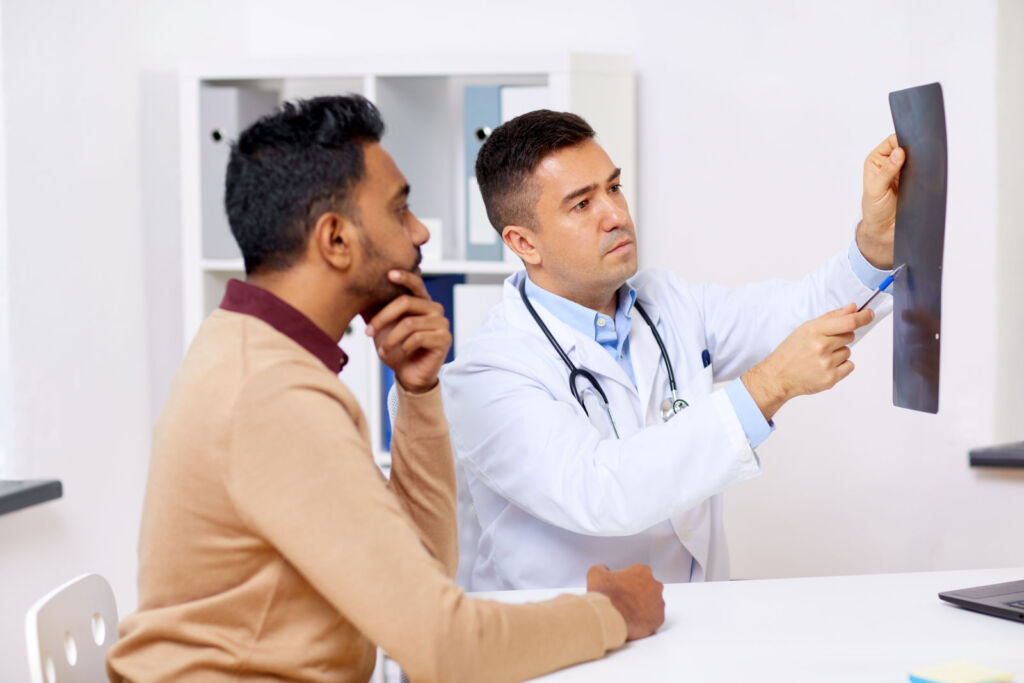 Prevention
There are no proven lifestyle factors known to influence prostate cancer prevention, and as most early prostate cancers do not cause any symptoms, the best chance of surviving it is early detection. The earlier, the better.

Although it is not perfect, the PSA blood test remains a useful tool in early detection in my personal experience as it measures the level of prostate-specific antigen (PSA) in the blood, and the prostate only produces this protein. This usually rises in BPH and in prostate cancer or if there is inflammation. (prostatitis)

I also use the PSA velocity (the rate of change of the PSA over time), which is very helpful in detecting a significant change early.

I also consider the PSA density too, which is the PSA as a function of the prostate volume. We know that men with a PSA of 1.0Ug/l or less by the age of 60 are at negligible risk of developing advanced prostate cancer in their lifetime. This can be valuable information as resources can target those at higher risk.

Over the years, I have used this imperfect tool (PSA) to detect many early aggressive prostate cancers, which, if left undetected, would have wreaked havoc on the life of the man and his family and friends.

We now also have special scanning methods at our disposal which can help to detect early cancers if a PSA reading is elevated, including a multiparametric MRI of the prostate.

We know this scanning technology has been clinically proven to decrease the number of men requiring a prostate biopsy as a result of a raised PSA, and very importantly, it can also help to detect and precisely map a prostate cancer’s location so that we can better sample the cancer with greater accuracy at biopsy rather than this being a blind “hope for the best” process which often missed the cancer or the most aggressive tumour.

Work continues to develop even better methods of detection, but as yet, nothing has surpassed the PSA test in my view.

What tests do Lumen do?
We take a very detailed history from all of our male clients, including family history and symptom history. All Lumen health assessments include a PSA blood test in men aged 50 or over and a digital rectal examination of the prostate gland to assess prostate texture abnormalities. This is an important part of building a picture of the health of the prostate gland in combination with the history and scans.

In all of the Lumen assessments, we scan the pelvic organs, including the prostate gland, with ultrasound and/or MRI. We can perform multiparametric prostate MRI scanning (with contrast) if this is indicated. We also have access to leading urologists who we can call upon to see the patient very quickly should we have any suspicions at all.

Lumen, part of UME Health, is found at 17 Harley Street and is a centre of excellence for advanced health assessments and preventative medicine.

The state-of-the-art facility, techniques and depth of experience allow the medical team to search for issues within you that are often silent and can affect your future health. Find out more at www.lumenharleystreet.uk.