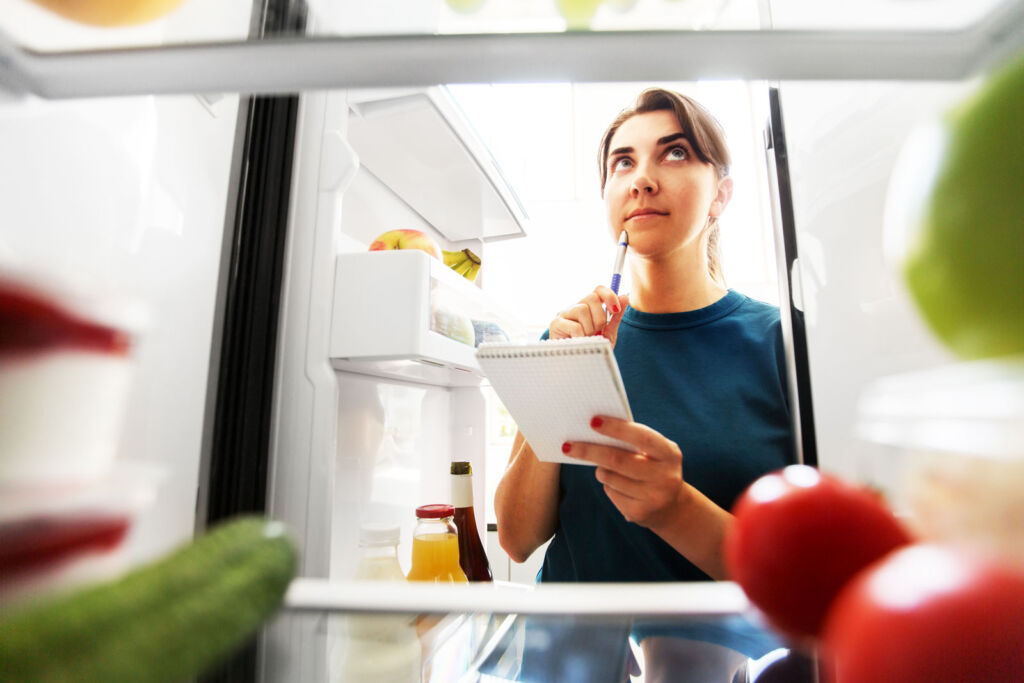 For years we’ve had the choice to eat what we want. But with continuing price hikes and trade threats, will we be forced back to the diet of yesteryear? Emily Ashworth reports.

I can hear it now, the echo of my grandmother’s voice as she started a story.
“Back in my day….”

For many with grandparents who lived through the war years and parents who were brought up in a post-war era, it’s hard to imagine not being able to pop to a supermarket and buy pretty much whatever you like.

Our diets today would be almost unrecognisable to our grandparents and great-grandparents – strawberries in winter? How is this possible? Imports from all over the world and farming technology that allow year-round growth of numerous foods give us an endless choice, and plenty of fast-food outlets will gladly serve it all up to us when we don’t want to cook.

We take for granted that many global delicacies are always at our fingertips. But sooner than we think, we may be forced into a new culinary era as the war in Ukraine and the knock-on effects of the global pandemic and Brexit bring continuing price hikes and trade threats, and domestic production is pushed to its limits.

It’s almost as if we’re living in a dystopian future, with lorries containing rotting food backed up at the border and people having to choose between heating and eating. 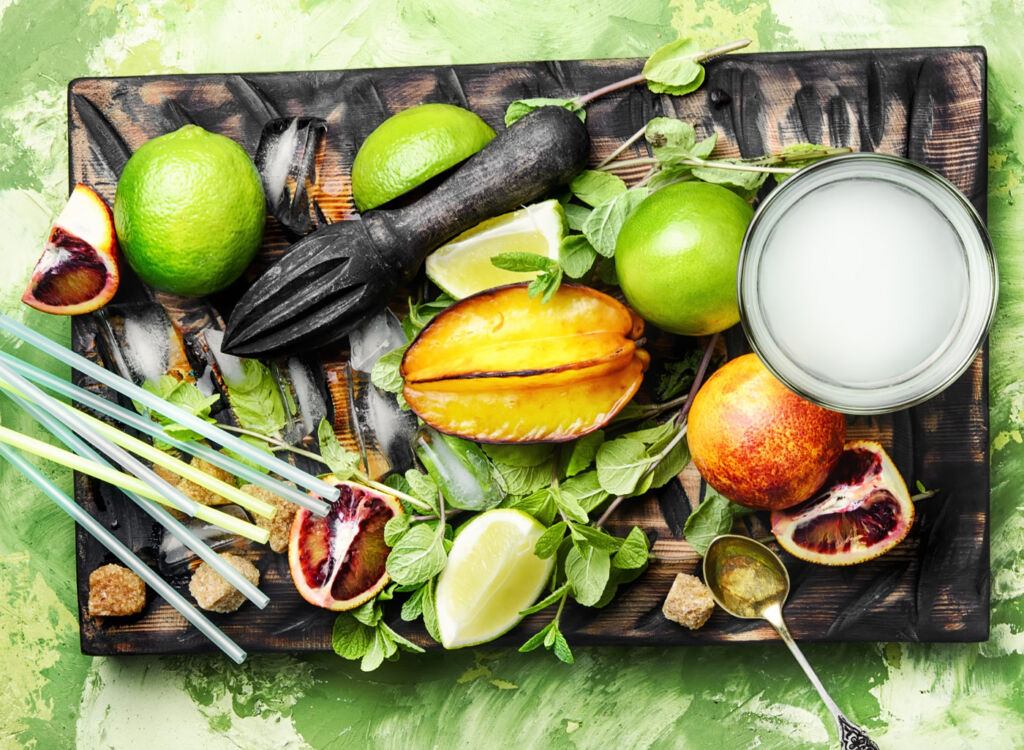 It should prompt us to reflect: Can we grow it if we can’t import it? And if we can’t grow it, ultimately, should we be eating it? We do have a global climate crisis on our hands, after all. So, what if our grannies had it right? What if reverting back to the diet of former decades presents us not only with the opportunity to take back control of what we eat but with a better lifestyle too? 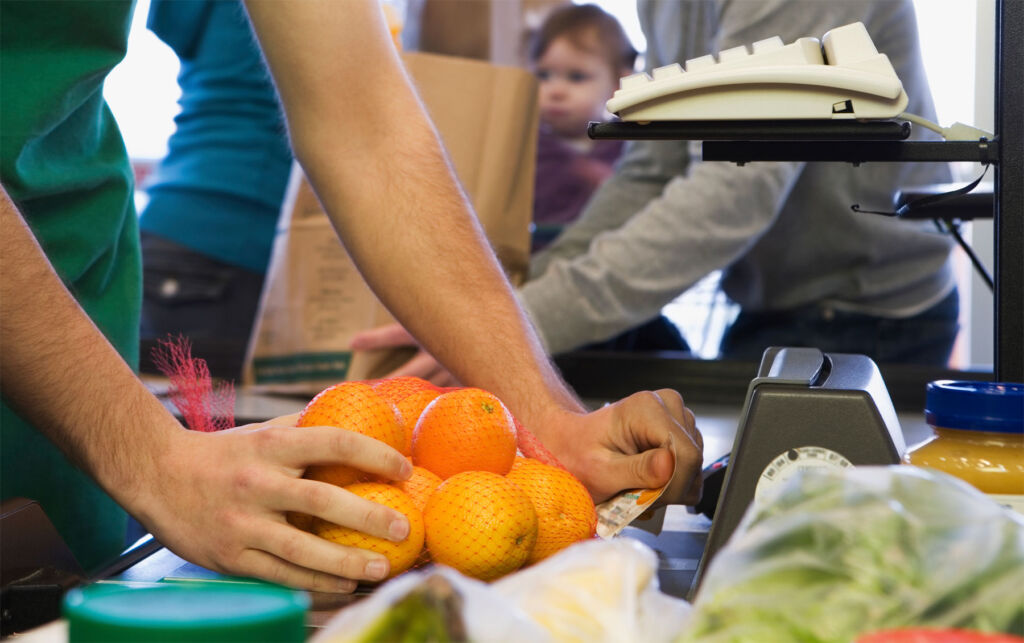 The Covid pandemic was a catalyst for many, as people began stripping back outgoing costs and spent more on food. Shopping local became the norm, and farm shops were inundated with orders, but, aside from this, a growing percentage of the nation also took to growing their own produce.

Such nostalgic connotations of the war era when the nation was encouraged to grow their own vegetables due to severe shortages cannot be ignored: victory in the kitchen; dig for victory; your victory garden.

In a lockdown, The Royal Horticultural Society (RHS) reported an impressive 500 per cent increase in website hits on ‘how to compost’, and within 100 days, 15 million people had visited their site – the most popular search on the RHS was how to grow the humble potato.

This back-to-basics and somewhat old-school approach are something award-winning food journalist Joanna Blythman is only too keen to push. 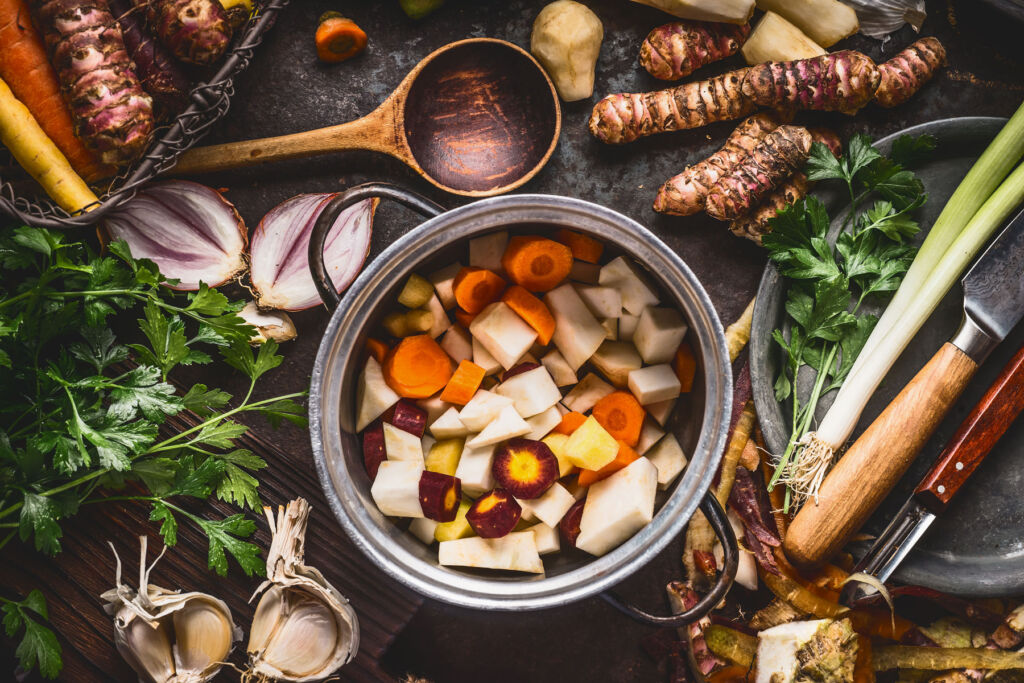 Blythman, who is fiercely protective of her food morals, has written seven landmark books while building up quite the repertoire on Twitter – her views on how we should be eating are persuasive.

“We need to look much closer to home,” says Joanna, “and at the productivity of our land.”

“We shouldn’t be eating the same diet around the world; that’s ridiculous, We should be encouraging a diet that reflects the productive capacity of the land we live in.

“The debate around agriculture is largely being conducted by people with no hands-on experience with farming, food production or cooking. There are implications for this country’s future food security when you disrespect and demoralise the people capable of producing food that our land is really good at producing.

But what exactly can we grow in this country? And can the nation that has become rather accustomed to a smashed avo brekkie and an almond latte give up such millennial culinary treats? 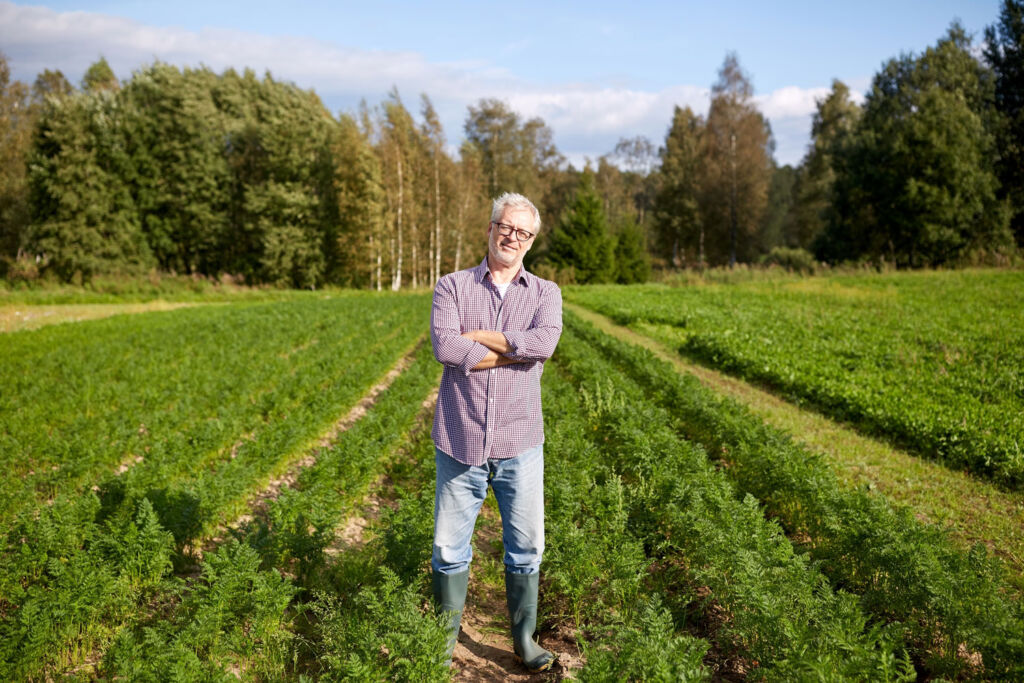 The latest figures show that the UK’s self-sufficiency, or food production to supply ratio, has been declining over the last three decades.

In 2019, the UK’s self-sufficiency rate for all food sat at 64 per cent (essentially meaning the UK grows 64 per cent of the food it eats, including exported food). It was 77 per cent for indigenous-type foods (a figure that excludes non-indigenous items such as exotic fruit – bananas, mangoes, tea, coffee and spices – foods that cannot be meaningfully grown in the UK).

During World War Two, Britain imported 60 per cent of its food, which amounted to around 55 million tonnes yearly. Due to the import blockades and threats, this number was all but reversed by the end of the war by focusing on national production.

The Sustainable Food Trust recently released their Feeding Britain from the Ground Up report, looking at whether British farmers could, once again, sustainably feed the nation. 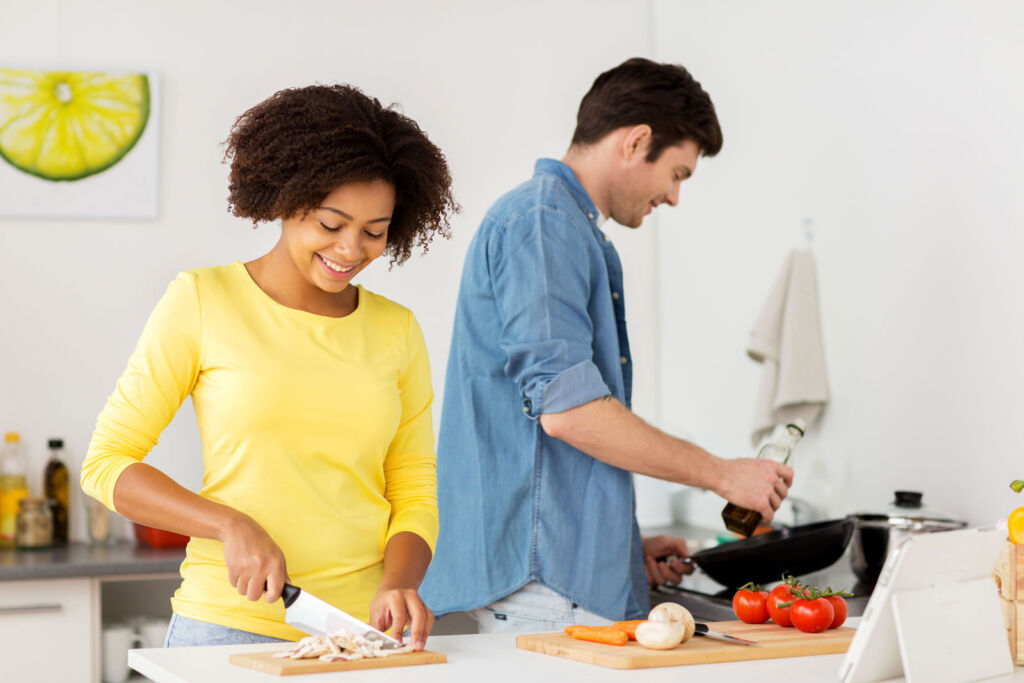 CEO Patrick Holden’s answer to this is a resounding “yes”, and with the report in mind, he wholeheartedly believes that reverting back to the diet of our grandparents is actually the way forwards. He says:

“It’s an interesting comparison to WW2 when we had to rely on home-produced resources.

“Diets consisted of a lot of grass-fed meat – beef and lamb. Grain production was far lower, which meant it was expensive – and we didn’t have the volume of imported soy and grain that we’ve had since then. That meant that chicken and other grain-fed meats were an expensive luxury.

“I am old enough to remember that – I grew up in the 50s and 60s, in a middle-class family, and my father was a doctor – but if we had chicken, it was like wow, what a treat. And I think that’s what is going to happen again. The Ukraine conflict has fast-forwarded a change that already needed to happen.”

This is not a case of the whole nation waking up in the morning with a Churchillian spirit and turning whatever outdoor space they have over to potatoes.

We live in a land of glorious grass and top-notch farmers; it feels like it is time to be supporting them more. For the sake of our food security, health and the climate crisis, streamlining the weekly shop, buying British and perhaps forgoing our year-round strawberry fetish is the answer.

For more information, visit the Farmers Guardian awareness campaign #FarmingCan. It celebrates and promotes what British farming is doing to boost the economy, feed the nation, protect the countryside, promote well-being and share its career opportunities with infinite possibilities.