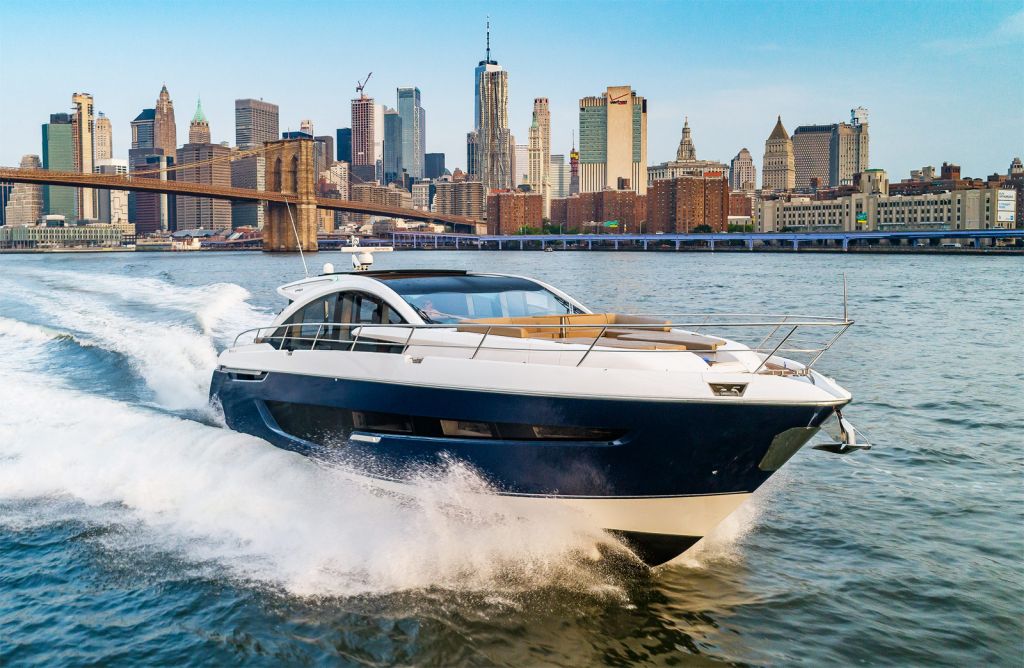 As luxury British boatbuilder, Fairline Yachts, sets up for this year’s Boot Düsseldorf, the brand celebrates a host of new launches, new opportunities and brand developments, ahead of a packed show.

The world’s largest, annual, indoor boat show in Germany – Boot Düsseldorf – sees the global launch of Fairline’s new Targa 45 GT – a sleek cruiser with the same light, bright and luxurious feel that characterises all of the new generation of Fairline models, thanks to the brand’s partnership with celebrated Italian superyacht designer, Alberto Mancini.

The show is also the world stage for a top-secret launch happening at 10.30 am on Saturday 18 January*.

The show coincides with the 2020 Motor Boat of the Year Awards, where the F//Line 33 is a finalist in the “Superboats” category, along with the brand’s luxurious Squadron 68 shortlisted in the “Flybridges over 60ft” category.

The European Powerboat of the Year Awards 2020 – which sees another nomination for Fairline’s “sleek and stylish” F//Line 33 in the 25-35ft category – will also be announced during the show.

This all comes hot on the heels of the brand’s announcement of its all-new Targa 58 GTB. Designed in partnership with Mancini, this large express cruiser boasts a highly desirable beach club, making the Targa 58 GTB the first British-born sub-80ft model to feature one. The luxurious yacht is due to launch at the Cannes Yachting Festival in September 2020.

These announcements follow news of the expansion of Fairline’s dealer, Simpson Marine, which has been representing Fairline in the Hong Kong and the Philippines since June 2018 and has recently expanded into North and South East Asia.

Thanks to all of these developments, Fairline Yachts last week announced it was recruiting for two International Sales Managers and two Marketing Specialists to be based in its headquarters in Oundle in Northamptonshire.

*Fairline’s VIP press event at Boot Düsseldorf will start at 10:30 am on Saturday 18 January (Hall 6, Stand D59 – 77). The exclusive event will launch the Targa 45 GT to the world and will feature a top-secret unveiling from the brand.

Read more articles on yachts and boats in our dedicated section here.

The Superyacht Sector Is Set To Make Waves In 2023