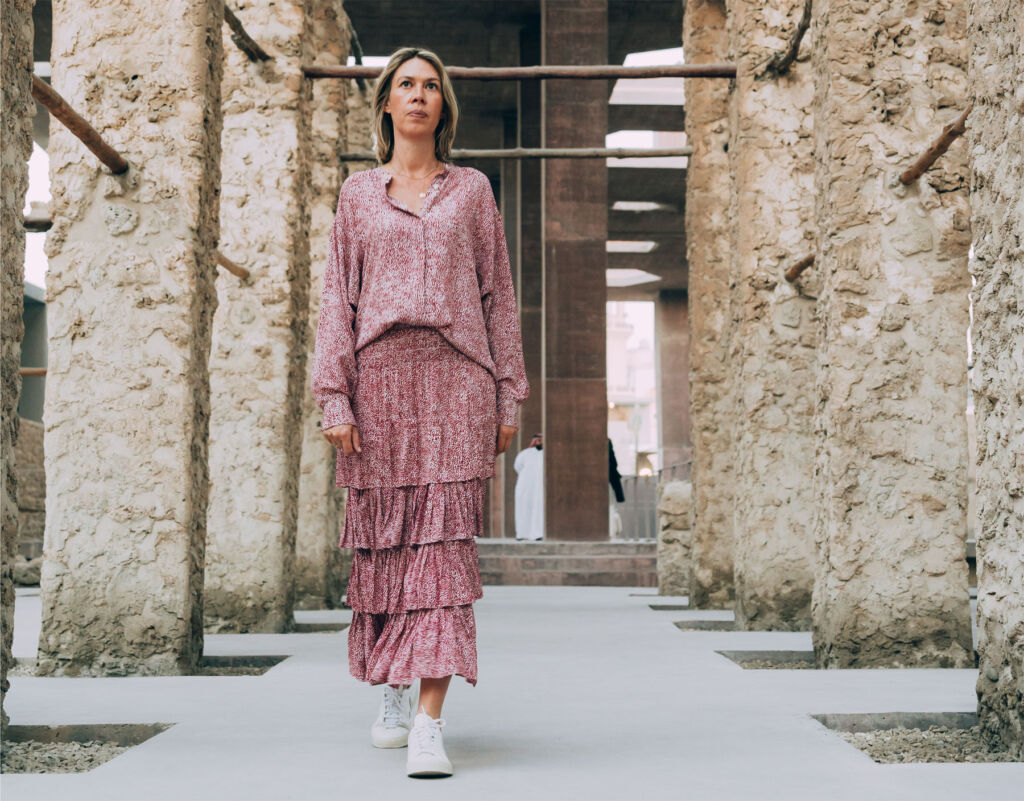 An heir of the Cartier family has retraced her grandfather’s landmark visit to Bahrain that took place 110 years ago. The history-tracing visit was the first time the jeweller Francesca Cartier Brickell had visited the Middle East, and in addition to learning about her family’s history, she took the opportunity to visit the pearling path and give a lecture at the Jewellery Arabia Exhibition.

Hosted by the Bahrain Institute for Pearls and Gemstones (Danat), Francesca Cartier Brickell spent a week in the Kingdom. She visited the pearling path around Muharraq Governorate and the diving and natural pearl extraction areas and learned about the developments that have occurred in the field of pearl extraction over the past century and Bahrain’s role in reviving and preserving the trade. 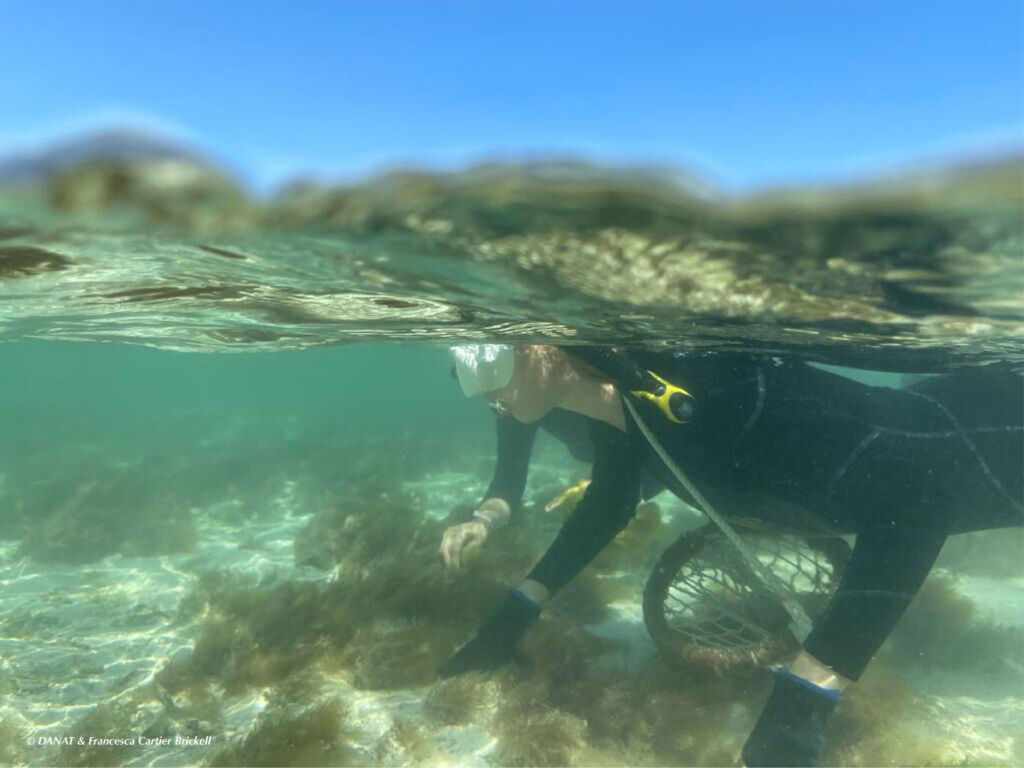 The area has been designated a UNESCO World Heritage Site, reflecting a cultural tradition that dominated the Arabian Gulf from prehistory to the early 20th century.

Cartier Brickell also recreated a picture taken of Bahrain’s merchant families with her grandfather Jacques, who visited Bahrain in 1912 to gain direct access to natural pearls that featured in 80 per cent of Cartier’s jewellery. She sat in the same position as her grandfather, flanked by the grandchildren of those who appeared in the original photo.

One of the things Francesca did on her visit to Bahrain was to recreate a historic colour photograph from 1912, which featured her great-grandfather Jacques. In the original, Jacques was seen sitting and relaxing with Yousif bin Ahmed Kanoo, Salman bin Hussain Mattar, Jacques Cartier, Muqbel bin Abdulrahman Al Thakir, and Abdulrahman Al Ibrahim. 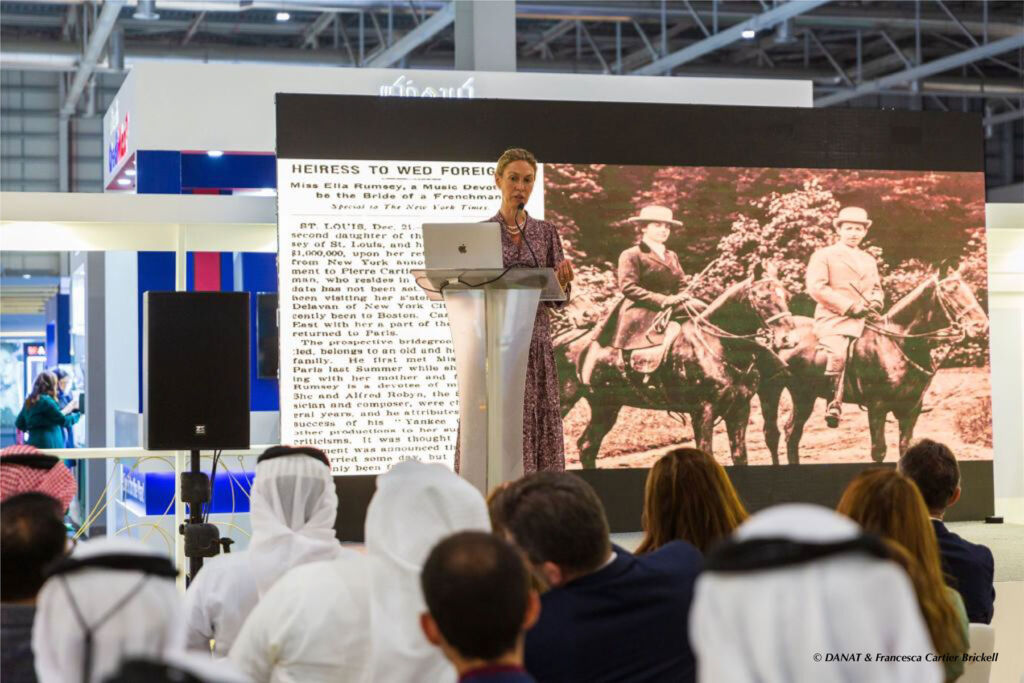 Her tour included attending the Jewellery Arabia Exhibition, where she gave a lecture and signed copies of her book, The Cartiers, which chronicles the history of her family and its role in the jewellery trade. Cartier was a jeweller to the British Empire and arguably the most famous jeweller of the time.

Jacques Cartier was the last family member to manage the Cartier jewellery and watches brand. 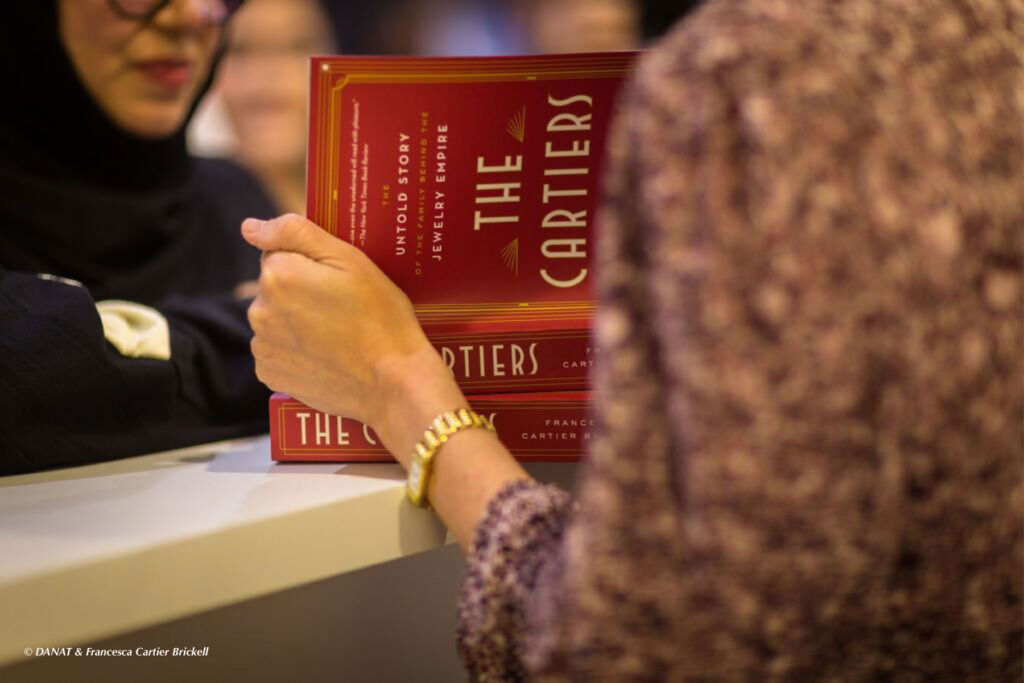 Bahrain has been known since antiquity for its pearl fisheries, which are widely considered the best in the world. Assyrian texts from 2000 BC referred to “fish eyes” from Dilmun (the ancient name of Bahrain). In Roman times, naturalist Pliny described Tylos (the island’s Greek appellation) as a place “famous for the vast number of its pearls”.

“Natural pearls were like magnets” for the world’s wealthiest women, Cartier Brickell writes in her book. “In the early twentieth century, a perfect pearl was considered the most valuable object in the world.”

“Francesca Cartier Brickell travelled to Bahrain to retrace her great grandfather’s journey 110 years ago. The black and white photograph of Jacques Cartier seated next to pearl merchants from 1912 transports us back to a time when natural pearls were the gemstones sought after by royalty. It is a photograph that depicts a brand’s quest for the greatest pearls from the primary source, which is a testament to excellence,” said Noora Jamsheer, CEO of Danat.

“Although natural pearls are no longer the most popular gemstone in jewellery, oyster beds continue to produce magnificent lustrous pearls in fresh and salt-water beds all over the world. Today, Bahrain is the only country that protects natural pearl beds and enforces sustainable pearl fishing practices, which were developed following the launch of the Government of Bahrain’s National Plan to Revive the Pearl Sector in 2016.”