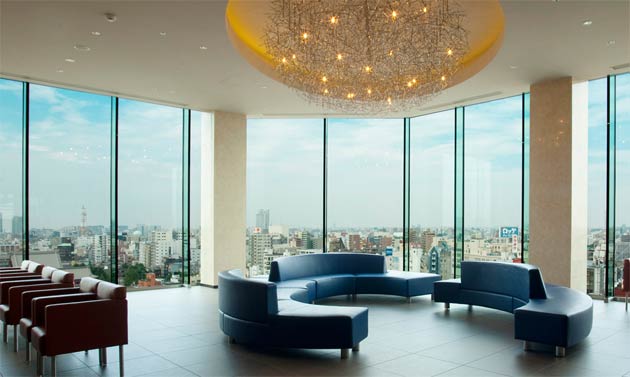 Centuries of creative change and growth define the northeastern Tokyo neighbourhood of Asakusa, from its time as the centre for Kabuki theatre during the Edo Period to its legacy as a Japanese entertainment hub in the 20th century. 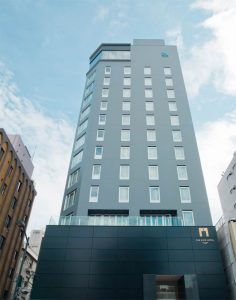 Now, the recently opened Gate Hotel Kaminarimon by HULIC offers a gateway to this founding district of Tokyo. Design Hotels™ latest member hotel in the city stands poised between one of the city’s oldest districts and luminous, modern-day Tokyo. Shigeru Uchida, one of the country’s most famous architects, has transformed the former office building into a crisp, clean, contemporary sanctuary.

The Gate Hotel Kaminarimon opened August this year and is a haven for art and creativity in the newly revitalised neighbourhood of Asakusa. “I’m interested in something beyond the visible or touchable, that is, the existence within the invisible,” says architect and interior designer Shigeru Uchida. The 13th floor lobby is impressive, with its contemporary furnishings, large marble reception desk and a gently curving panoramic view of the city. Each of the guestrooms feature floor-length windows with superlative perspectives on the historic neighbourhood and the Tokyo Skytree – the highest freestanding broadcasting tower in the world.

The hotel’s design aesthetic combines subdued elegance with accents of bold, urban vitality, reflected through the clear commitment to art and design. Comfort is key in the 137 rooms and suites, each of which feature a spacious bed, textiles by Marimekko designer Masaru Suzuki and original artwork by the acclaimed Japanese artist Katsuhiko Hibino. Hibino specially created five abstract paintings influenced by the dynamic interplay between Uchida’s architectural design and the bustling neighbourhood surrounding the hotel, which is home to numerous markets, temples and Shinto festivals.

Just across from the hotel is the historic Kaminarimon (Thunder) Gate, housing historic sculptures of Shinto deities and a four-metre tall lantern. Also nearby are the Sensoji Temple, Tokyo’s oldest, and Asakusa Shrine, built during the Edo period. Back at the hotel, guests take in the cultural contrasts of Asakusa from the 14th floor terrace, open 24 hours a day, or visit the sleek R Restaurant & Bar, which offers a distinct take on casual French fusion cuisine. Rooms start at JPY 16170. 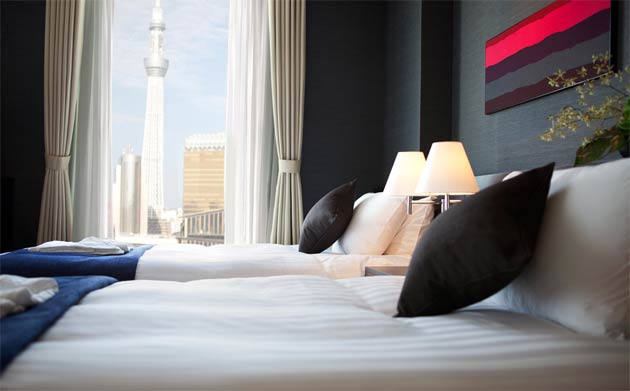