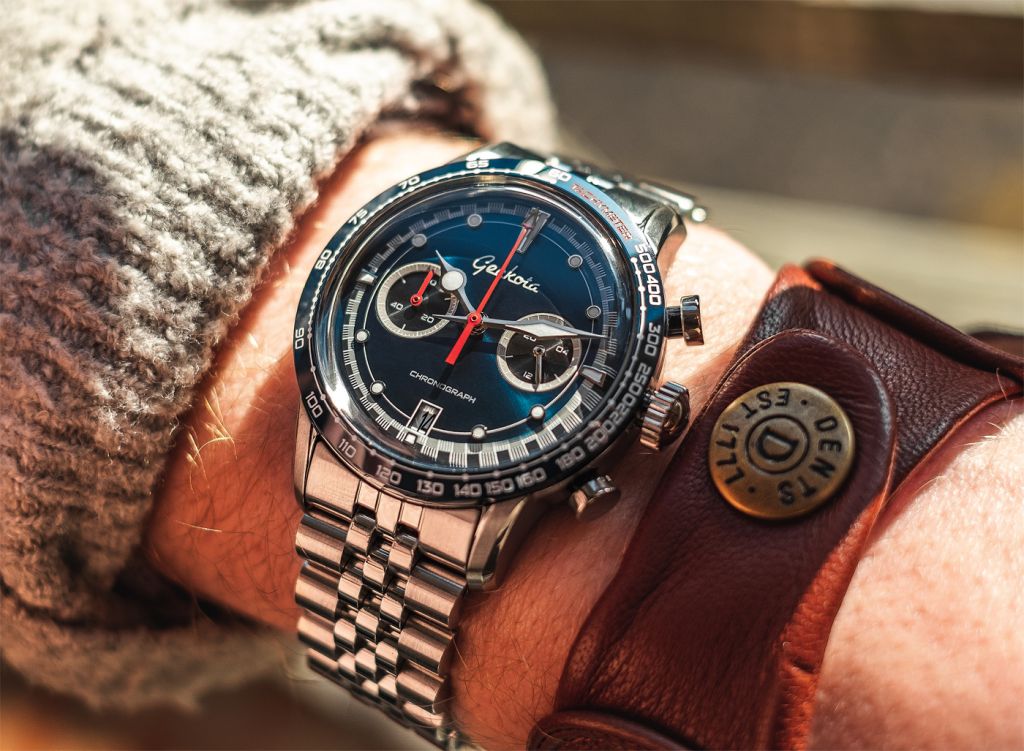 Geckota has announced the launch of the C-04, the latest in its line of luxury timepieces inspired by the space age and motorsports.

Based in Gloucestershire, Geckota has been designing watches and straps since 2010. The company’s designs have often been inspired by architectural and societal trends from the past, and its latest eye-catching creation is no different. 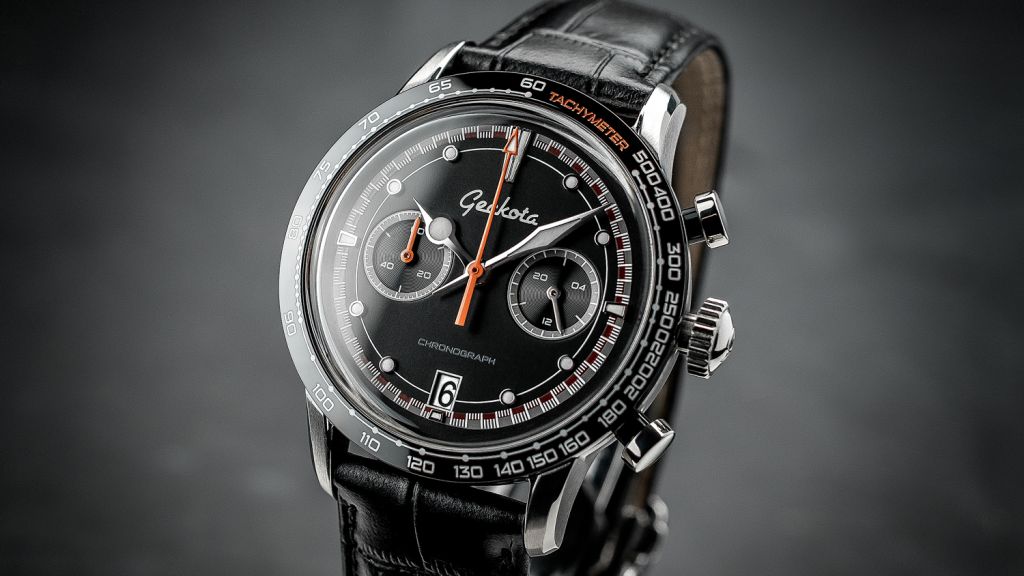 The C-04 Space Age Racing watch is a completely bespoke timepiece, with three considered dial options. Each one has its own distinct character, with various strap options available. The C-04 is instantly striking, marking it out as a classic that is wearable in any setting.

Another exciting feature of the C-04 is its Japanese Mecha Quartz movement, which is a unique mix of quartz-operated timekeeping and a mechanically run chronograph. This allows the chronograph a stylish and appealing sweep, adding to its enduring personality. 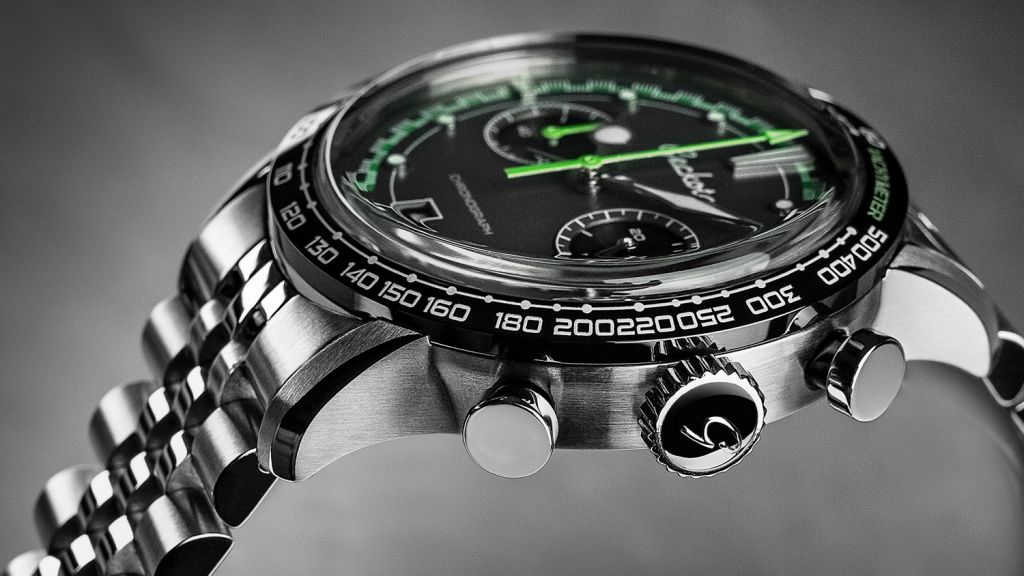 Inspired by Geckota’s space-age design language and the company’s connection with motorsport, the recently-launched C-04 has been a couple of years in the making. The result is a striking design that perfectly encapsulates the cool retro era of the space race.

The C-04 showcases an eclectic mix of elegance, style and imaginative design, with each watch featuring a fixed full ceramic bezel with tachymeter, a multi-layered dial and a BGW09 SuperLuminova used throughout the hands and indices. It all adds up to a distinctive timepiece like no other on the market. 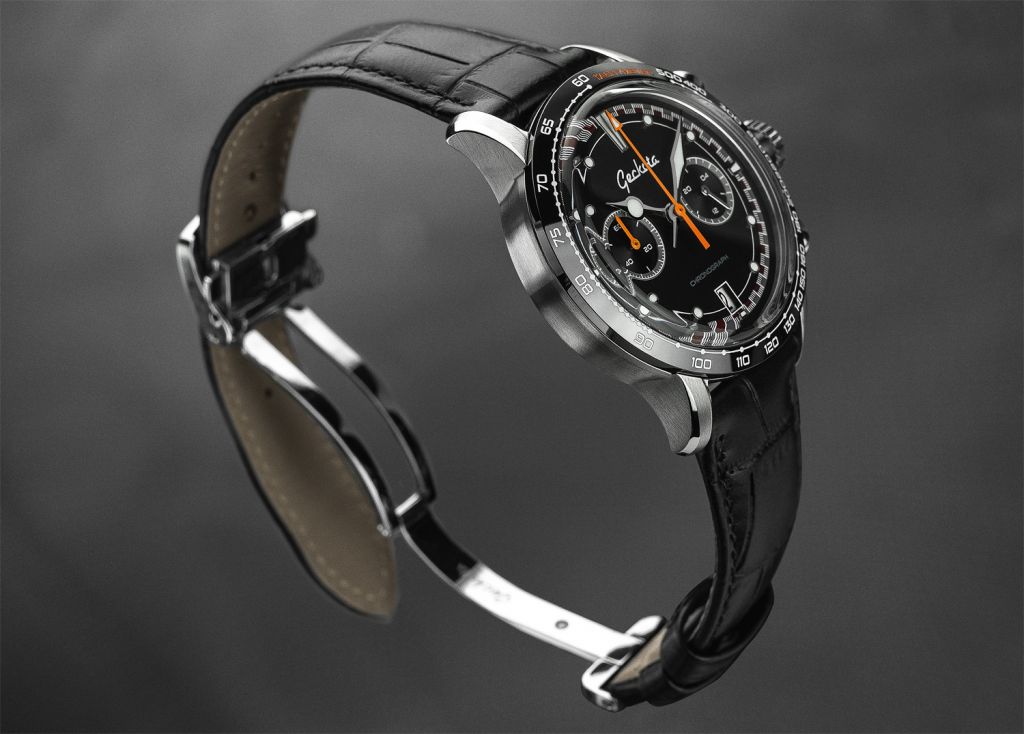 And this is far from the only racing watch made by the company. Geckota also produces the C-03 Racing watch, which also includes a limited-edition version designed in collaboration with an up-and-coming British racing driver.

This partnership began in 2018 when a young watch enthusiast and racing driver contacted Geckota wanting to collaborate on watch design. Scott McKenna is an 18-year-old British racer, who won the Ginetta GT5 Challenge last year with a future destined for GT and Le Mans racing.

In late 2018, Geckota began designing and creating his bespoke C-03, with the input of Scott and his team to help incorporate everything that was needed in a watch for a racing driver. The last few pieces of this strictly limited edition are still available for purchase, marking the first of many collectors’ items from Geckota. 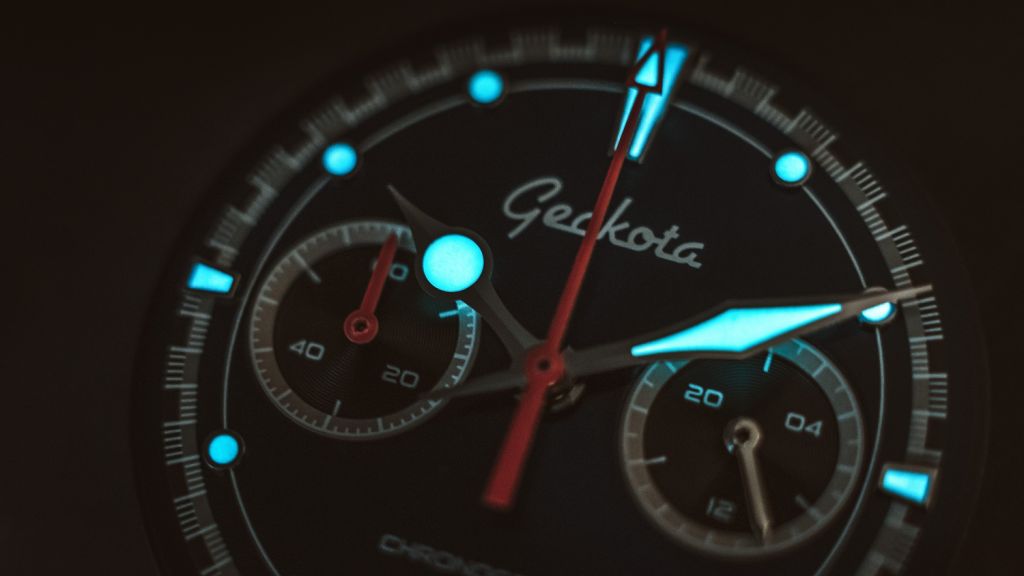 For more information on the Geckota C-04 timepiece, visit the brand’s official site at www.geckota.com.

To read more articles on watches and jewellery, visit our dedicated section here.