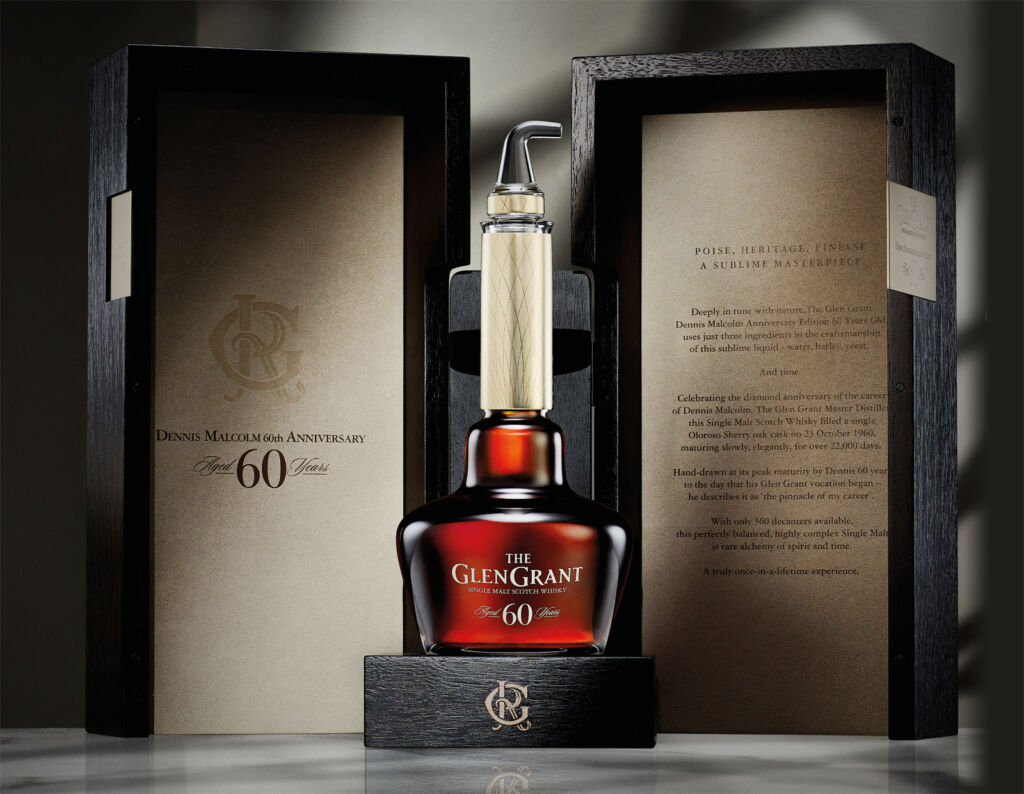 Known as The Dennis Malcolm 60th Anniversary Edition Aged 60 Years, only 360 individually-numbered decanters will be available to purchase worldwide from next month, priced at €25,000 each. 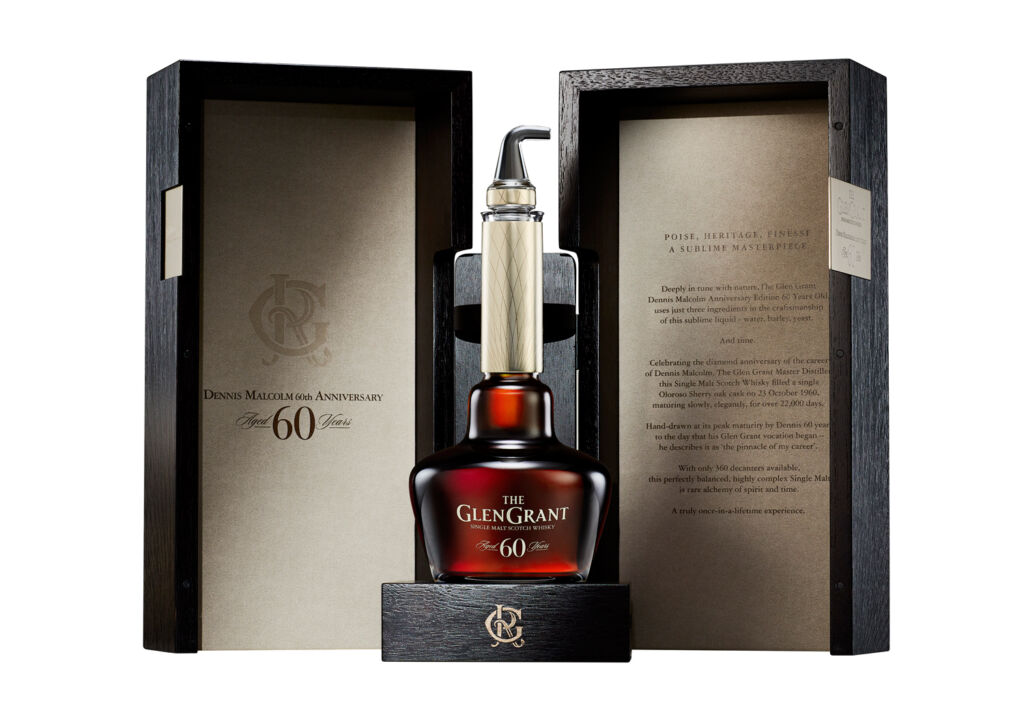 The rare and luxurious expression has been bottled at 52.8% ABV from a single ex-Oloroso sherry cask (number 5040), filled on 24th October 1960 – the oldest distillery bottling in the brand’s illustrious 181-year history.

Non-chill filtered to retain optimal flavour and aroma; this spirit boasts notes of vibrant Seville orange that give way to a plethora of rich fruits and nuts, coupled with a hint of cigar smoke. The taste features elements of a liquid fruit cake, with long, lingering flavours of figs, dates, liquorice, and a slight smokiness.

The precious spirit is housed in hand-blown crystal glass decanters, designed by the world-renowned Glencairn Studio, and are inspired by the Speyside distillery’s unique tall, slender pot stills. Each taking 15 hours to create, the decanters are presented in an elegant case made from sustainable walnut and come complete with a Certificate of Authenticity, personally signed by Dennis Malcolm. 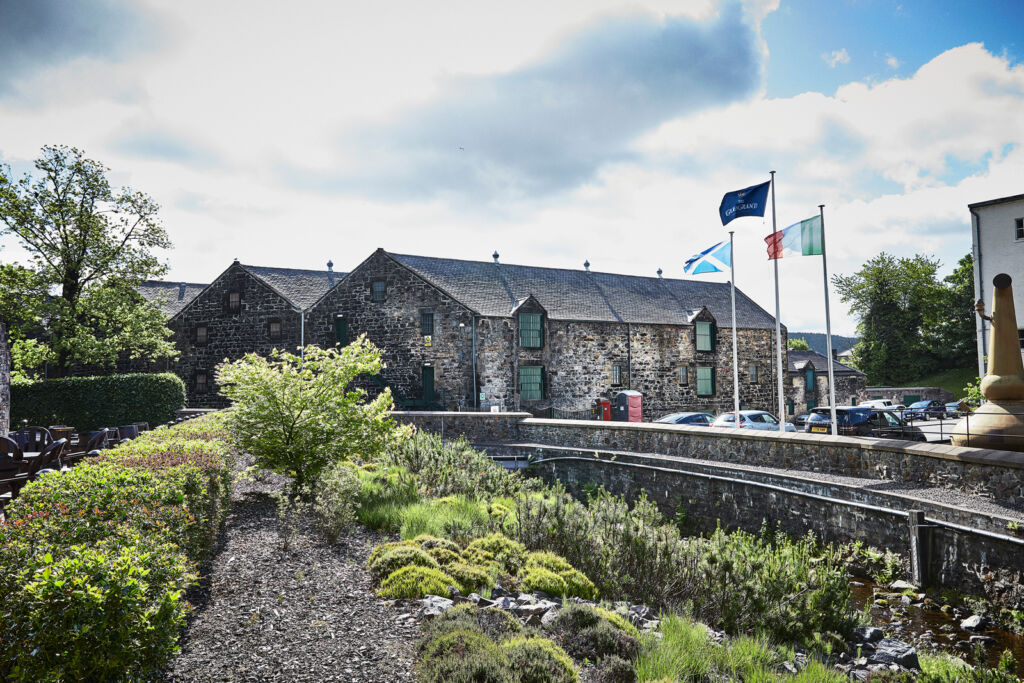 Born at The Glen Grant distillery in 1946 and following in the footsteps of his father and grandfather before him, Dennis Malcolm was an apprentice cooper at the age of 15 and later became a manager supervising the growing company’s nine distilleries. 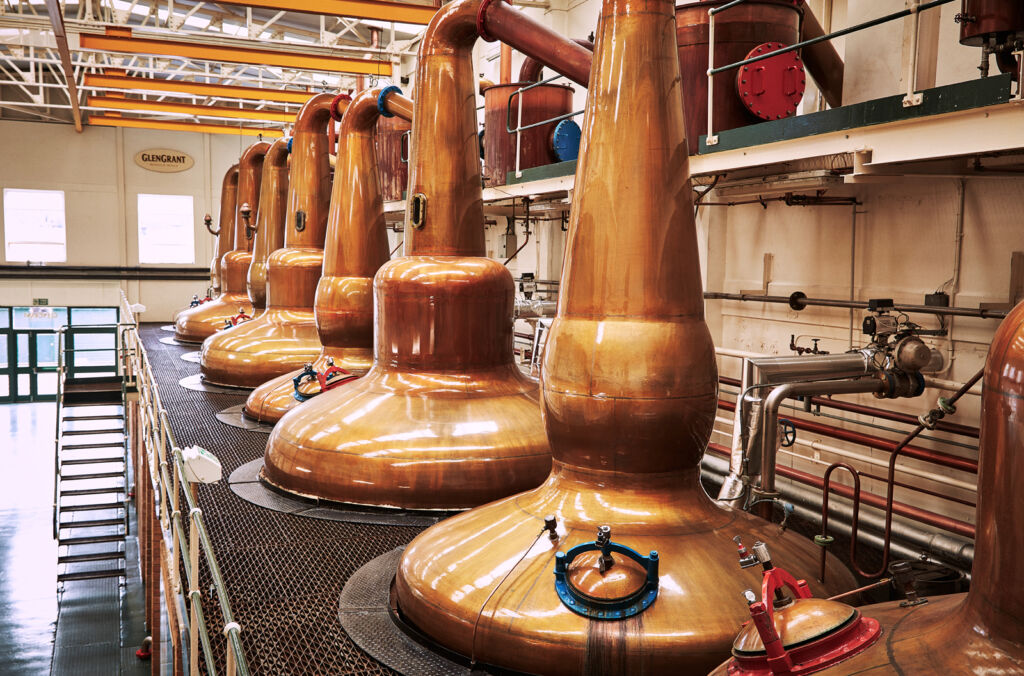 In his current role as Master Distiller, Dennis has been an influential part of the brand and its distinguished history, maintaining the malt’s distinctive character whilst growing the range of award-winning expressions, including the newly-introduced Arboralis and core expressions, namely the aged 10, 12, 15, and 18 Years.

Malcolm’s careful craftsmanship and attention to detail have been recognised by worldwide acclaim, including by Her Majesty Queen Elizabeth II in 2016, when he was named an Officer of the Most Excellent Order of the British Empire.

Dennis also received the first-ever Spirit of Speyside award for his achievements in the industry and collected the Whisky Advocate Lifetime Achievement Award six years ago.

The Glen Grant Dennis Malcolm 60th Anniversary Edition Aged 60 Years – Where and How?