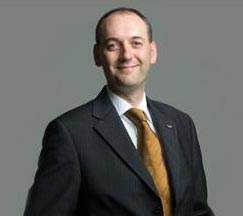 Ian joined Aston Martin as General Manager of Works Service in July 1997 based at the marque’s former headquarters in Newport Pagnell. He headed up the servicing team developing dynamic handling kits for early DB7s and overseeing the creation of ‘shooting brake’ estate versions of already existing production cars.

In March 1999, Ian became Chief Programme Engineer for the Vanquish managing the projects progression from the Project Vantage concept through to the first production car to leave the line. In October 2001, he became General Manager of Sales Operations overseeing the UK and Middle East markets and global dealership development. In 2004 Ian became responsible for the launch of the current V8 Vantage.

In May 2006 Ian took up his current position as Director of Product Development managing all new vehicle projects.

Ian was born in Wakefield, West Yorkshire in 1965 and graduated from Birmingham University with a Bachelor of Engineering degree before joining Jaguar Cars in 1988 as a prototype build technician. He soon progressed to Prototype Manager responsible for XK8 prototypes. During his time with Jaguar, Ian also completed an MBA at Warwick University and after a brief time as a senior Engineering Consultant at Anderson Consulting, his career path led him to join Aston Martin.

During Ian’s time at Aston Martin, he has overseen or contributed to some 11 new model introductions at what is the most productive period in the marque’s history.

He is currently overseeing exciting engineering projects which will produce some of the most evocative Aston Martins of all time including the V12 Vantage, DBS Volante and Rapide. Ian is married with two children and lives in Rugby.